Across Russia, animal rescuers are fighting to save as many of the country’s stray dogs as the launch of the FIFA World Cup 2018 nears and fears grow that tens of thousands of dogs will lose their lives.

Sadly, it’s not the first time this has happened.

Many will remember the athletes who visited Sochi for the Winter Games and were appalled at what was happening to the city’s stray dogs and shared stories, photos and even fostered or rehomed dogs rescued from the wide-scale culling authorised by the local government. US stars Ali Fedotowsky (The Bachelorette) and Katherine Heigl (Grey’s Anatomy) also got involved, saving and fostering dogs. 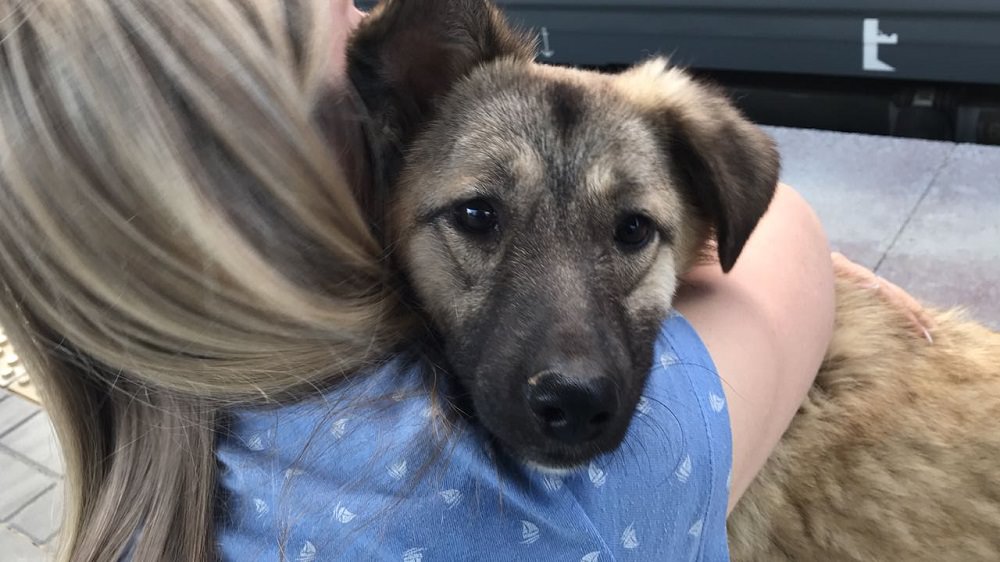 This time however, animal rescuers working in the country fear that what’s happening now is on a far greater scale than the stray dog culling that happened in Sochi because Russia’s World Cup will host international football games in 11 locations across the country, with most of their local authorities working towards a target number of dogs to be captured and culled.

The World Cup is both directly and indirectly causing dogs to lose lives because of how the government wants the country to be perceived on the world stage. 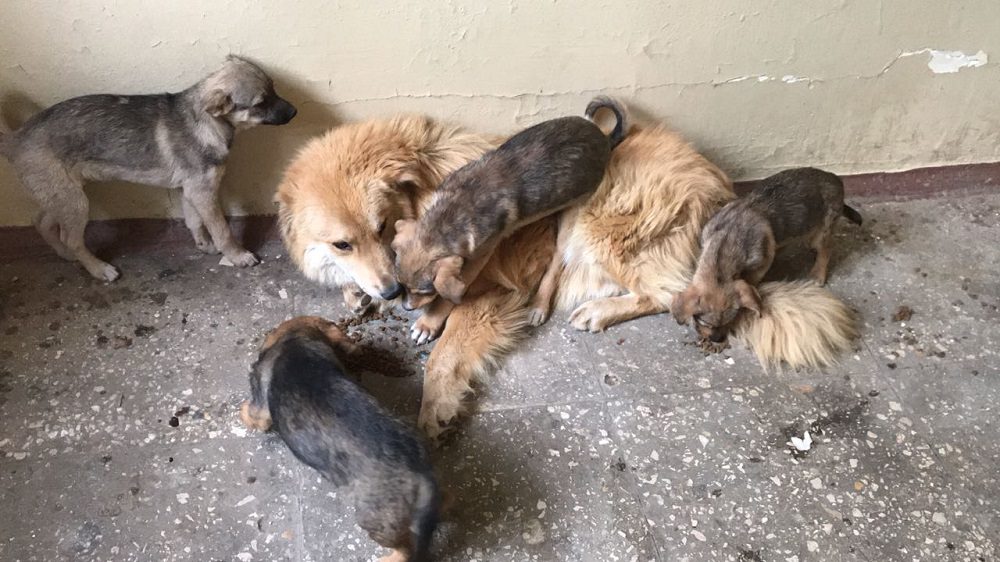 “There are 11 locations for the World Cup. There are local government targets for the culling of the dogs in most of these cities. Some of these targets are directly connected with the World Cup, some are not.

"Where they are not, in some places the municipal authorities are more intent on executing the culls and meeting the targets because of the World Cup,” Natalia Chumak, who is the Founder and Trustee of a UK registered animal welfare charity LAPA (Helping animals in Russia), told us.

In Sochi alone, Natalia understands that the local authority is looking to target 3,500 stray dogs, “Unfortunately, there is a lot of deliberate cruelty against animals in Russia.

“The society is very polarised - whilst the animal welfare movement continues to grow and there are some amazingly dedicated and brave people there helping the animals, there are also people who deliberately target animals and kill them in very sadistic ways.

“I think it is fair to say that the World Cup culls have encouraged some of these individuals to do even more harm to the animals because they can see that killing is permissible.”

In the lead up to the international football tournament, Natalia, who has close connections with Urban Animal Protection Fund based in Moscow and Do Good, which is based in Volgograd, understands that the cullings typically take place at night and local welfare groups have found dogs shot and poisoned in the streets.

“I have also heard accounts of activists trying to block the roads to prevent access for the killers while they are trying to rescue as many dogs as possible from the target area.”

Not all areas take the same action though, some local authorities are trying to help animal advocates save lives, as Natalia told us. 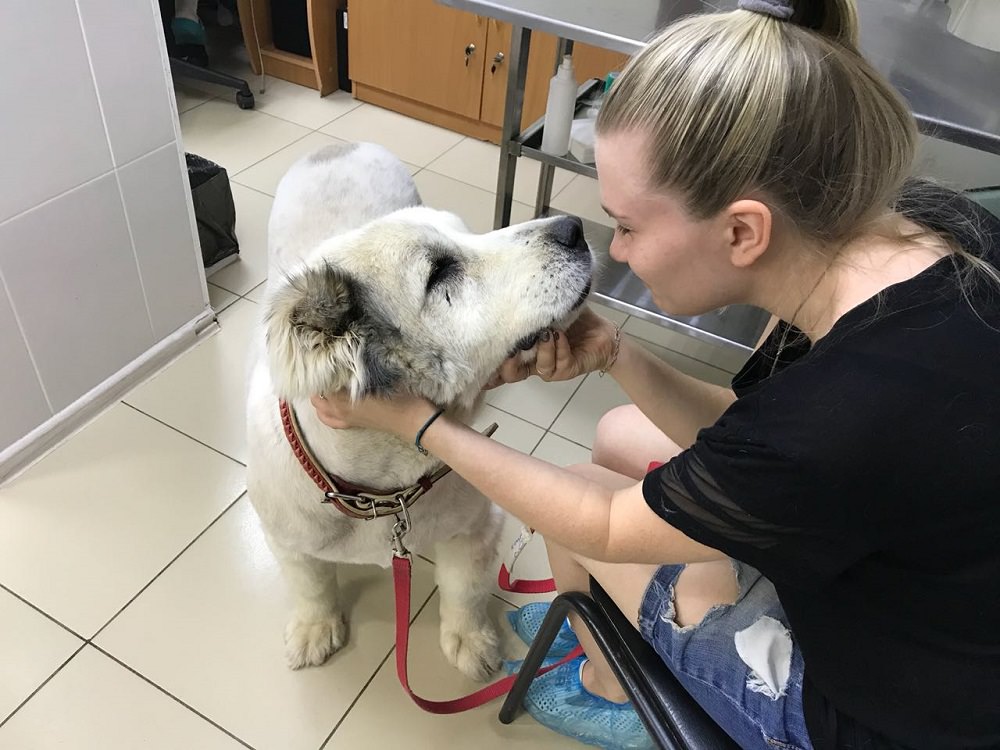 “In some places animal welfare groups are given a prior warning where the culls are going to be taking place on a particular day, so they try to rescue animals from there and warn as many people as possible.”

In other locations, such as the city of Moscow, Nizhniy Novgorod, Kaliningrad and St Petersburg, local authorities have implemented a TNR system (trap, neuter, release) instead of culling, but these cities are sadly in the minority and funds are low on the ground.

An animal charity in Volgograd has saved dogs who were at risk because of Russia's World Cup. This video features some of those dogs.

“In the circumstances where there are thousands of stray dogs and the government provides no funding for the construction and maintenance of the shelters, all the rescue and rehabilitation work is done by small local charities with very limited funds, it is impossible for them to take all the dogs. They rescue as many as they can and the others get killed, and the killing is done using inhumane methods."

Some areas, such as Volgograd, which will host England’s first group stage games against Tunisia.

Here, the local authority has told local animal welfare activists that they are prepared to catch the dogs and release them to the activists.

Natalia introduced us to two dogs who have been rescued, showing what heartbreak can become when dogs are given love and care. 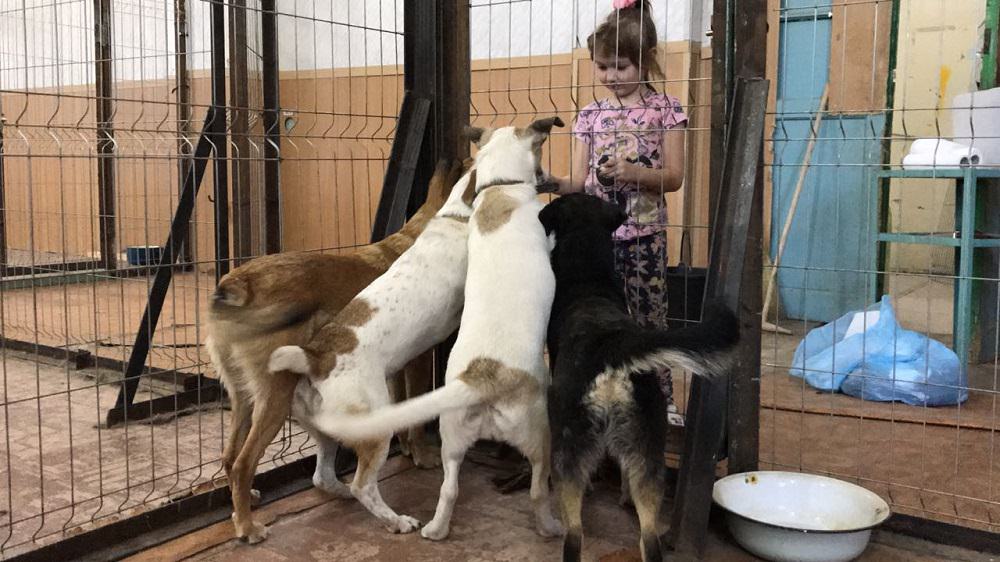 This is what a rescue shelter in Volgograd looks like. The rescue managed to get a long lease of a very old Soviet building for free from a local business. The building is huge and there is a fair amount of land around too but it is just a shell - no water, no electricity or heating.

"She was running away from the killing squad and ran across a road and was hit by a car. 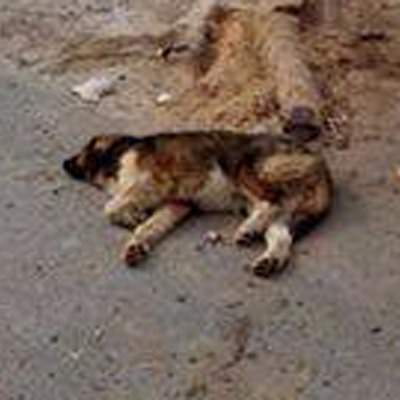 "Luckily for Berta, there was a volunteer from the local charity "Do Good" who rescued her. She was treated and has since been rehomed in the States - Berta has won the lottery." 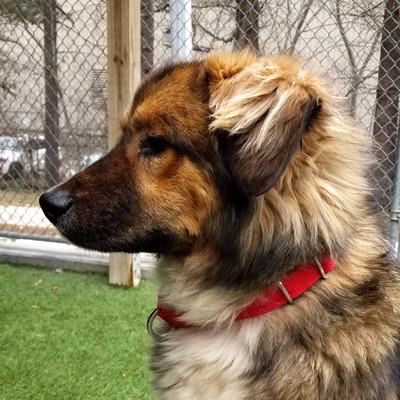 "He was caught by the municipal authorities, again in Volgograd. For some reason, he was not killed immediately and was instead brought to a temporary holding area. 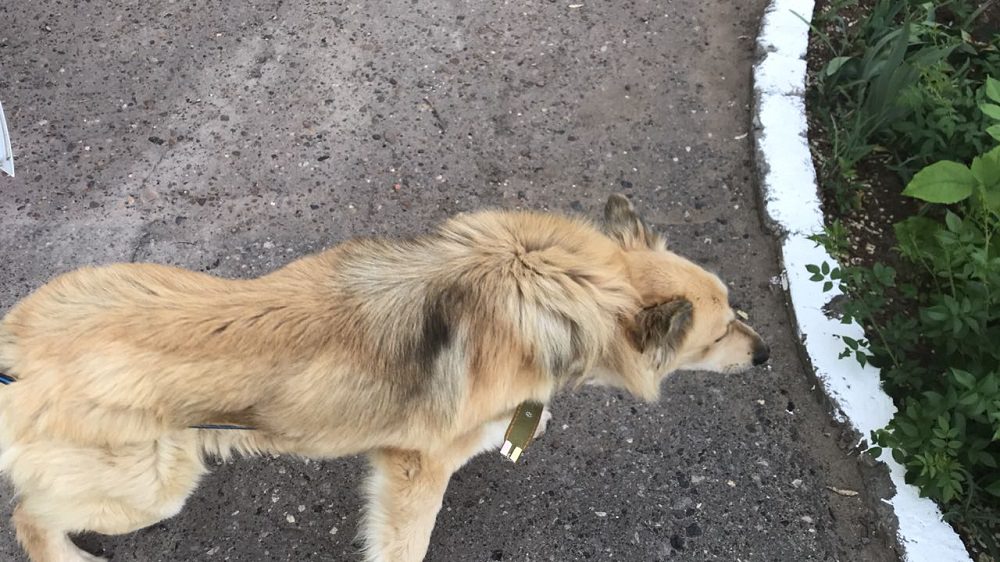 "The local animal welfare charity ‘Do Good’, which is run by Yana Vodolazhskaya, got a phone call asking them whether they would take him or he will be killed. They took him even though they are barely making the ends meet as it is.

“Filya was very thin and very scared and had a few wounds on his legs. he is currently being treated and looked after so that he can put on some weight and get healthy again. It is very difficult to find a good home for dogs in Russia, especially in the regions.” 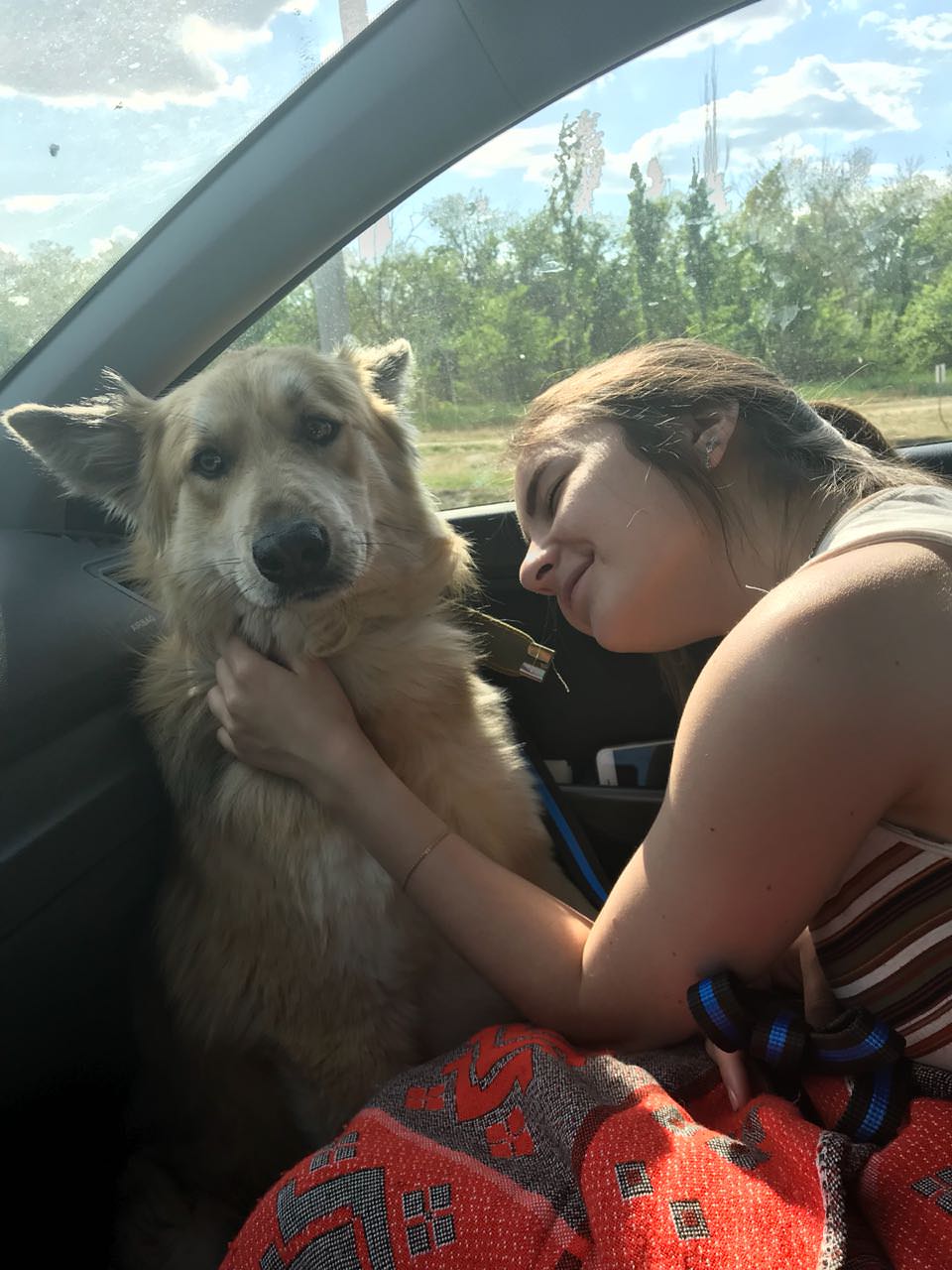 Can you help save Russia’s dogs?

Animal rescuers in Russia are desperately in need of funds to help save more dogs like Filya and Berta. 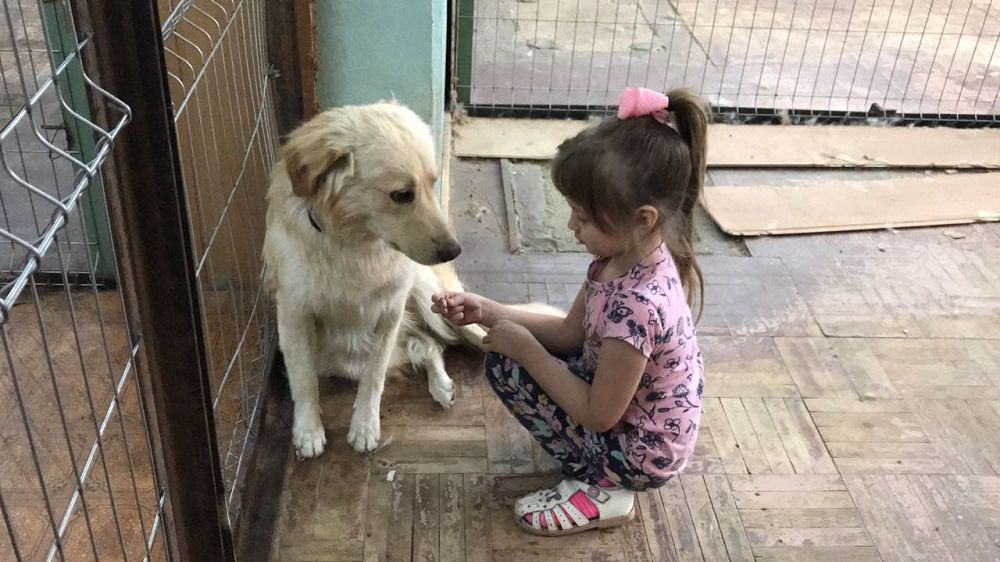 Please, give what you can and share their stories to help save a life.

Donations raised by LAPA will go to their partner local charity in Volgograd to help save as many dogs as possible from the World Cup culls. 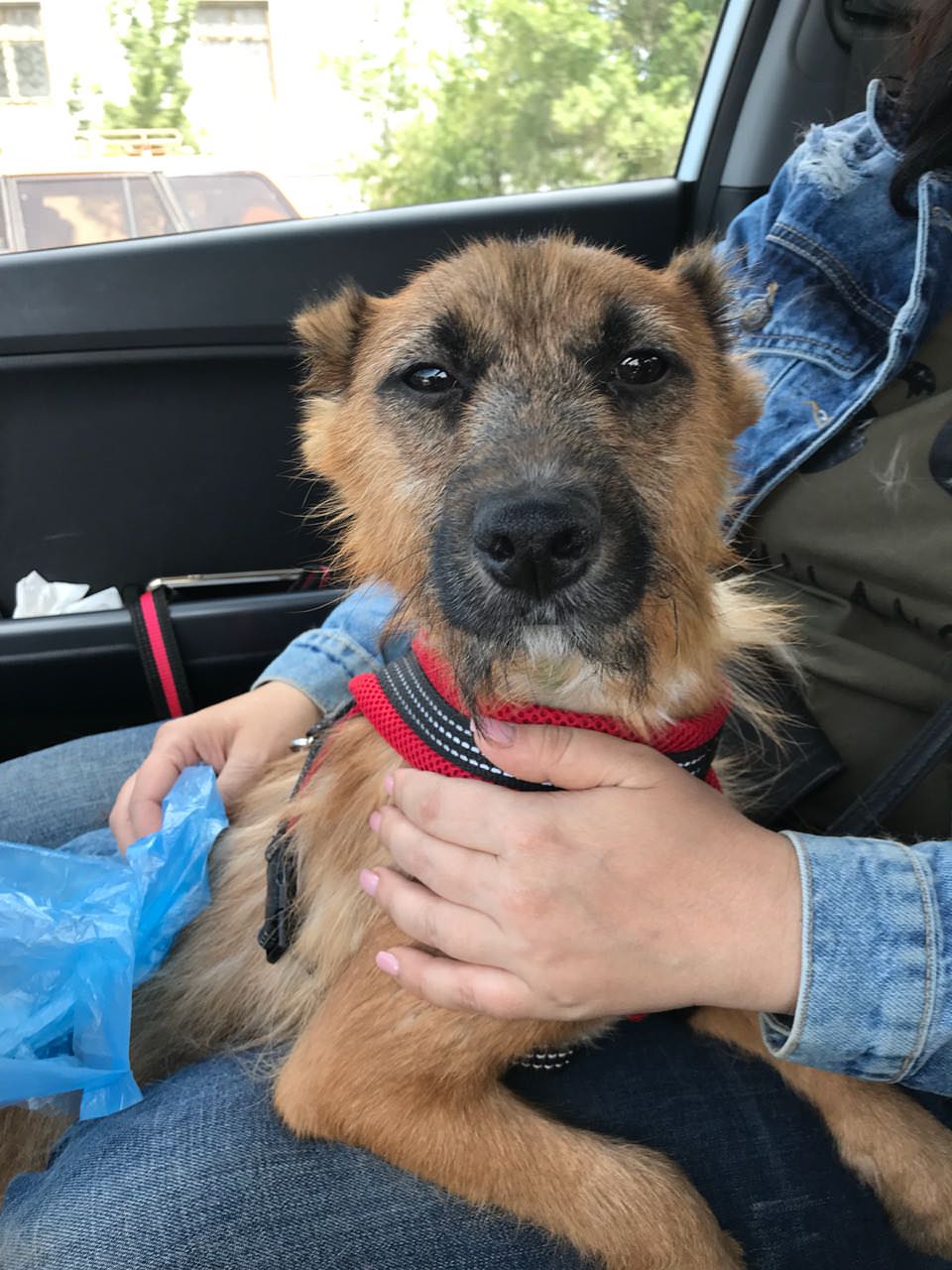 You can donate through the LAPA website - Virgin Giving - PayPal or simply send to: info@lapauk.org