We found Gus five years ago. We went to visit my aunt who lives in the countryside in south Spain. She had, at that moment seven rescue dogs, so when we saw a new dog behind the door our first thought was 'oh no, she's found another one!'. But the new dog hadn't been there for long. All my aunt knew was that he had spent the previous night in the neighbour's house and that night in hers, says Maria Ruiz.

There were (and are) some hunters around that area of south Spain, which sadly means lots of neglected dogs. We wondered if Gus was maybe a mix hunting dog who had escaped. The area is also not very far from a small seaside city, so another possibility was that he came from there.

One way or the other, he had no collar or tag so we had no way of tracking potential owners. We went for a walk around to see if the little dog went to any of the houses nearby, but he was much happier following us. At that moment we realised the 'problem'. What if no owners appeared searching for this little dog. 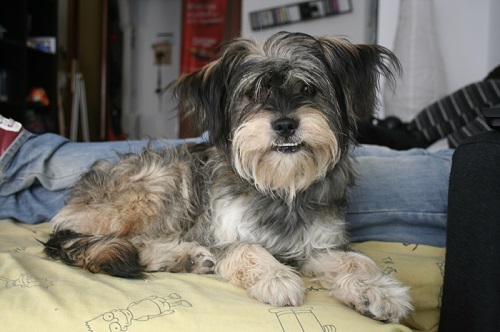 We decided he should have a name, just in case, and as this happened exactly two months after my grandad passed away, I decided to name the dog after a name my grandad tried to give my first dog, who was finally called Pinky, but my grandad had wanted to call him Gustavito. So Gustavito was it.

The next day my aunt brought Gustavito to the vets to check if he had a chip as microchipping has been compulsory in Spain for a long time, but no luck. He had no chip. We then decided to put posters around, but again, no luck, no one called asking for him. 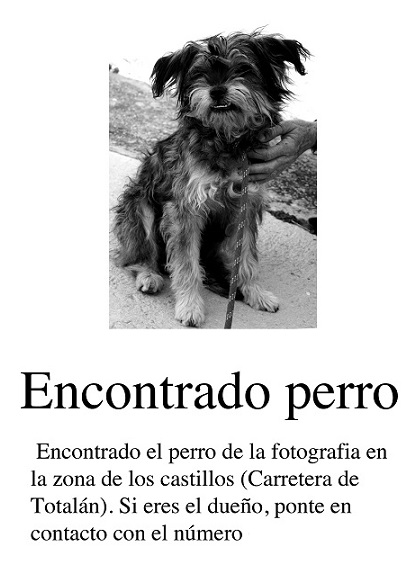 Gus spent around a week with us, waiting for someone to claim him, and after that week, we realised we just couldn’t leave him in a kennel with someone else trying to rehome or reunite him. In Spain this would have meant he would have either been in the pound, where he could have being killed in a week or so, or in the kennels of the 'Animals Protection Society', where he would have shared a not so big space with 5 - 7 dogs, fighting for attention and food. This society does as best as they can, but they are completely overcrowded. Spain's abandoned dog situation is sadly one which has grown over the years.

So after that week we oficially decided to keep Gustavito. My aunt helped financially, because at that time I didn’t have job. He was the perfect dog from the beggining, toilet trained, no barking, no chewing and he quickly won the hearts of all the human family members, and became best friend of my parents’ (also rescue) dog, Tali. 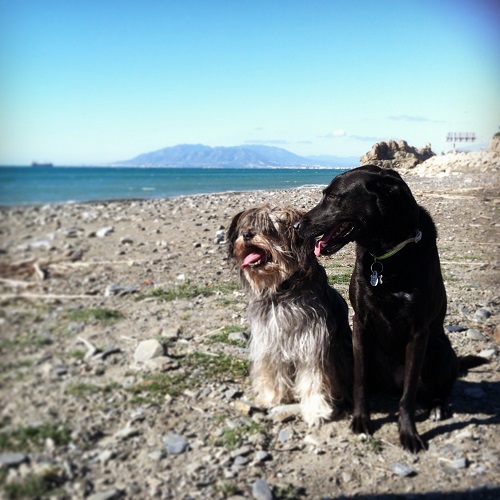 Some time after, we discovered his passion for food. Although he doesn’t eat a lot, he would do anything for a treat.

The first trick he learned was 'conejito' (this means 'little bunny' in English, and the trick would be 'beg'). After that, he learnt lots of things, some were just behaviours he already had, which we encouraged and rewarded, like give hugs or jump onto our arms (this is so useful when travelling in the tube!); some others needed more training, like 'play dead' or 'salute'. 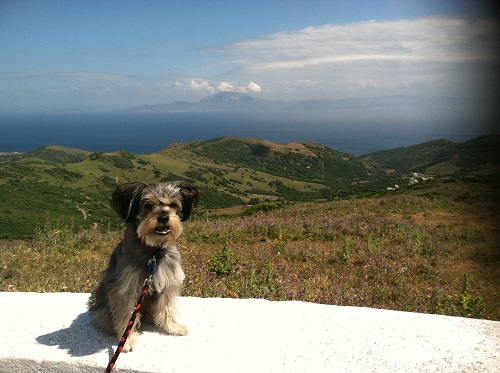 A little more than two years after finding him, we moved to London. Of course, Gus was coming with us, leaving him was never an option. It was quite difficult. Finding a pet friendly flat was just a nightmare and the travel was not an easy thing either, as no dogs are allowed to enter the UK in the cabin of a plane, so he would have had to come as cargo, in the hold of the plane.

Also it would have cost more than 600€. So I looked for more options, and found companies that come by road from Spain to the UK. Gus spent 3 days travelling before arriving, but it was completely worth it. He settled into London life straight away enjoying all of the city's dog friendly pubs and parks where he can run off leash, as well as public transport. He loves being able to ride buses and the tube. He tries to say 'hi' to everyone in public transports and is so happy when people says 'hi' back! 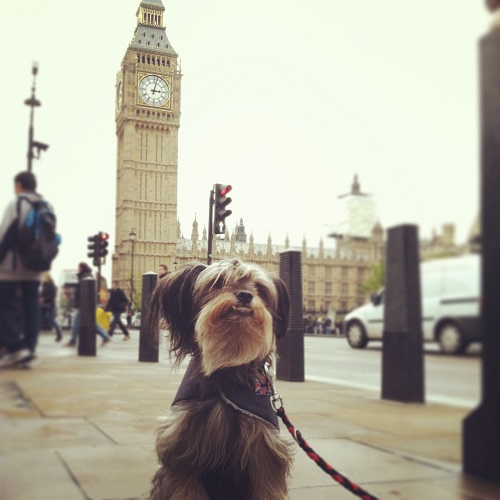 Since we arrived we have been going to lots of dog shows, with Gus winning 'best trick' class in most of them! In 2014, he passed his Kennel Club’s Bronze Good Citizen Dog test and he also qualified for Discover Dogs as 'Best Rescue' in Scruffts. Later that year he passed the exam to be a 'Pets as Therapy' dog.

He has a really endearing personality and loves everyone he meets, and everybody who meets him love him back. He recently signed up with Urban Paws dog modelling agency and at the moment we are collaborating in a theatre production, 'You Me Bum Bum Train', where Gus plays a part, although everything is secret so I can’t reveal much. 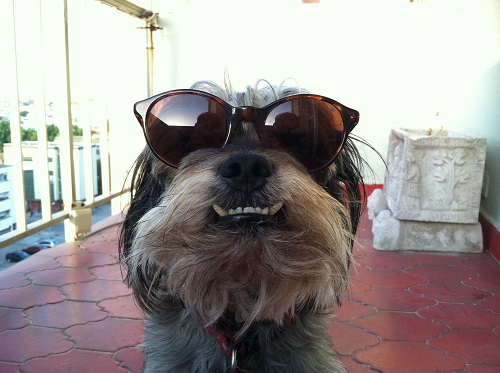 His talent and passion for learning has made him a real star when it comes to performing. He loves to please and loving food, he definitely responds to it when learning new tricks.

Some other dogs prefer toys, and some just a cuddle, for Gus usually tasty treats work. If you'd like to teach your dog a trick, like Gus, see our next article where we'll help you to teach your dog to bow step by step. It's really simple and we think you'll have fun learning. 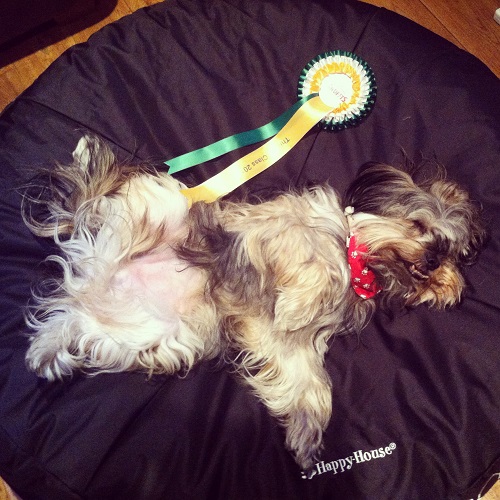 Gus has definitely made our lives much more rounded. He makes us smile every day and life wouldn't be the same without him in it.

If you would like to keep up with Gus's latest news, you can visit his fan club site at www.gusfanclub.tk and you can read Maria's guide on how to teach your dog to bow here >> https://k9magazine.com/teach-your-dog-to-take-a-bow-in-6-easy-steps