Ahmed Tharwat is an American television host. He is a witty and articulate man who refers to himself as a ‘hyphenated American’. What he means by this is that he is Arab-American, but chooses to highlight the marginalisation he feels he and many Asian and African Americans have dealt with before, or more particularly after, the attack on the World Trade Center in 2001.

He is pragmatic about his situation and doesn’t complain about it, rather he simply shines a different light on it and enables others to see the funny side of his story.

Born in Egypt and a practicing Muslim, Sam Lees recalls his hilarious, provocative and inspiring story of how a Beagle puppy called Oliver enabled members of Ahmed’s community to overcome their preconceptions and embrace Ahmed as a member, not of the Arab-American community, but as a member of the dog loving community.

It is uncommon for Muslim families to keep a pet dog, especially in the house. Not necessarily because they don’t like dogs, or because that their faith decries the dog itself, but because a practicing Muslim must wash his hands seven times after touching a dog if he is going to pray. This makes owning and keeping a dog somewhat impractical for many Muslims.

After much persuasion and nagging from his young daughter, Ahmed relented and agreed to allow a dog into the family home, under a few conditions. The dog was to stay downstairs and was not allowed in Ahmed’s prayer room. His young daughter was thrilled to bits, and on a cold, winter afternoon Ahmed brought home a six-week-old Beagle pup, he called him Oliver. 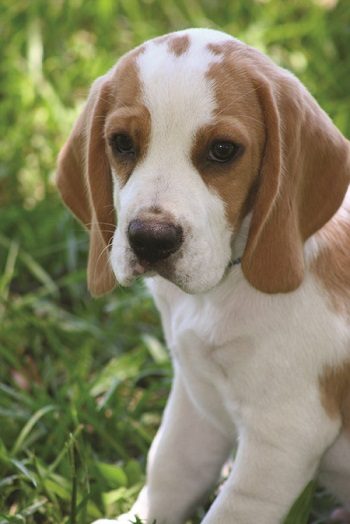 Being a well known figure on local television, Ahmed had become acutely aware of the situation that many Arab-Americans were finding themselves in post 9/11. For many suspicious glances were becoming all too common. This was all about to be turned on its head for Ahmed, and the cause of this would come from a very unusual source.

Ahmed needed to go to the supermarket one day, and with nobody being at home with him at the time, decided to take Oliver along too. He noticed something was happening to him that had not happened since before the atrocities of 9/11, and only then did he realise just how isolated he had felt, until the familiar friendliness of his community was returned to him.

Neighbours and local familiar faces who had before skilfully avoided eye contact with him and had been more concerned with national security were now only too keen to speak to him, or as Ahmed put it in an article for American pet website slate.com “Patriotic national hotline tippers, who are usually more concerned about Muslim sleeper cells, now stopped me and cordially inquired about my puppy's sleeping habits, breed, and big black eyes. Families congregated around me with their children to see the cute puppy, and they talked to him as if he should know what they were talking about.”

So while Ahmed had gradually become used to the isolation and rejection of his local community, it took the presence of a Beagle puppy to mark him out as an approachable member of society. Ahmed saw the absurd side of this, as he advised all Arab-Americans to go out and get a dog if they wanted to be accepted back into their communities, he often referred to Oliver as his “post 9/11 homeland security blanket”.

Whilst aware of the gravity of this issue that Oliver had helped people overcome, Ahmed chose to view it as a function of America’s unique and often insular attitude to the rest of the world. His dismissive tone belies the enormity of Oliver’s passive accomplishment when Ahmed quips “owning a dog easily accomplished what many diversity training programs have failed to do for years. Regardless of our race, colour, religion, or country of origin, we were one community of civilized dog lovers.”

Whilst Oliver managed to engage with a small portion of America and help them toss away, even temporarily, their prejudices, Ahmed has found that he has done away with some of his preconceived notions of dog ownership too. Initially apprehensive of dog ownership for perceived religious reasons, three years on, Ahmed is able to be more relaxed about what he now refers to as “cultural issues” surrounding Islam and being a dog owner. He simply hasn’t the time for the multiple hand washes, and Oliver has won the battle to sleep at the bottom of his bed.

Whilst Ahmed talks fondly in public about the unconditional love that Oliver brings into his family, he is also happy to accept that Oliver has changed him, conceding that he would avoid people with dogs for many years, and now realises that this may have isolated him from some in the community well before 2001. He explained that this was merely one of those cultural things and that he “just got over it.”

Even though a dog who is better known in his family home as an obsessive eater had managed to act as a link between an isolated Muslim television personality and his paranoid community, Ahmed sees the less obvious advantages. He explained that it is not so hard now to come up with an excuse to not invite over certain Muslim friends.

Has your dog changed your social life, or how you fit in with the community around you? Let us know - we'd love to hear your stories!