This year, close to a thousand people lost their lives due to flooding in India. Approximately 400 of those people were from the Southern state of Kerala.

Since June, Kerala has been devastated by the natural disaster, sparking India's biggest pet rescue, as teams have attempted to rescue the stranded dogs, cats, horses and cows, and the families who refused to leave their beloved animals behind.

The floods have devastated lives, livelihoods, homes and families, and while the rescue operation is ongoing, families who can are preparing to return, while being warned that animals, such as snakes and scorpions have moved into their homes and that diseases may break out when the floodwater subsides. 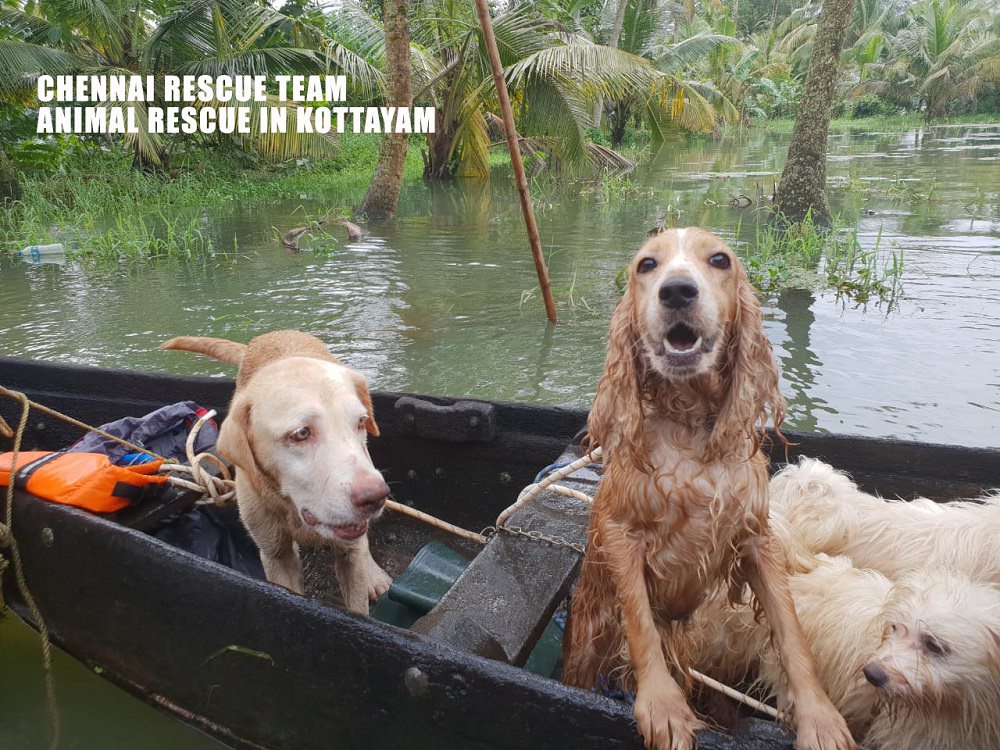 The animal charity, Humane Society International/India, is predicting hundreds of animals could go on to develop respiratory and infectious diseases, and the area could see outbreaks of canine distemper and parvovirus, so it has pledged to remain behind and support local groups in Malappuram that need support in providing veterinary care, and implementing large-scale feeding programmes for starving animals in remote and poverty-stricken areas such as Nilambur.

Humane Society International/India (HSI/India) already has an established vaccination and sterilisation program in Malappuram district which was launched in January 2017 to humanely manage street dog populations, so the charity was well placed to spring into action when the floods hit the area. 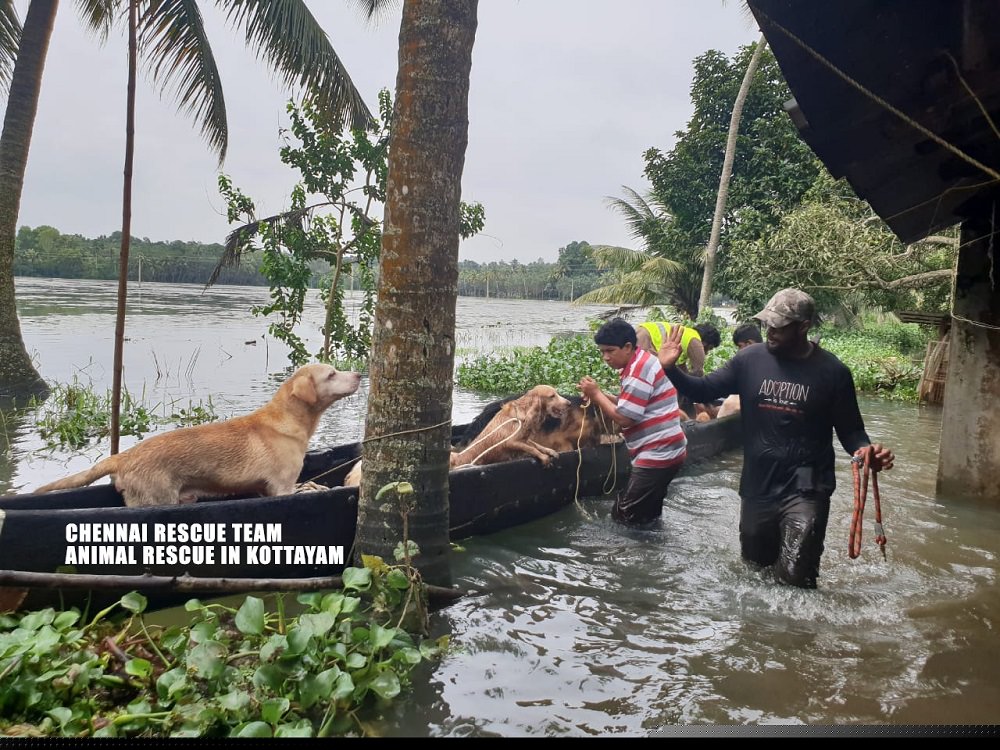 Dogs are family: An impossible decision

Sunitha Sinto was one of hundreds of people forced to choose between saving her family or her animals when humanitarian rescue crews refused to let her bring her dogs with her.

She contacted HSI/India for help, which rallied a local group to collect Sunitha and her 25 dogs, but when she was refused entry by the relief camp which had a strict people-only policy, she was forced to return to her flood-ravaged home. 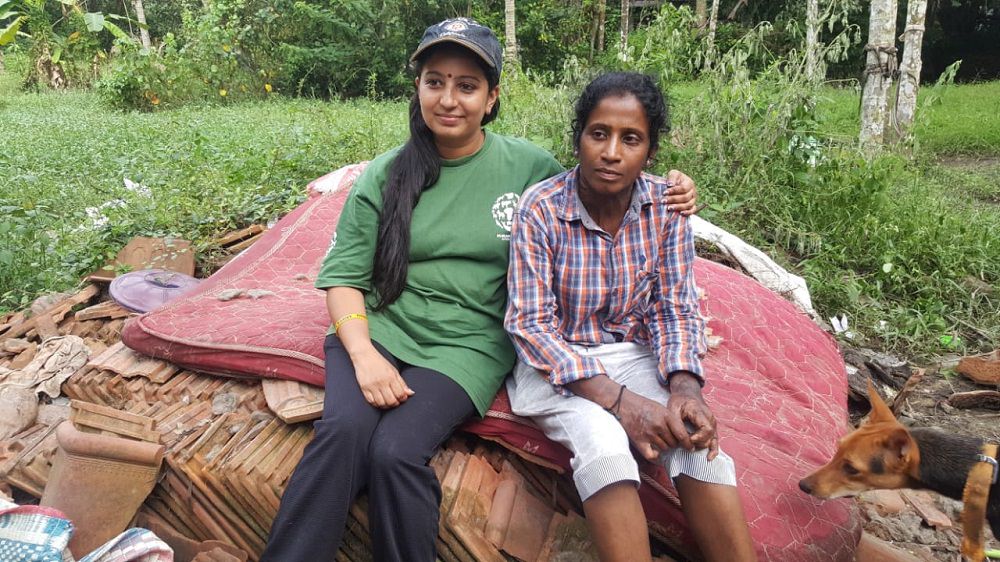 Sunitha Sinto, right, pictured with one of her dogs and an HSI/India volunteer / Photo Credit: HSI

Now back at what’s left of her dwelling, the camp also refuses to provide her with food for herself or her dogs, so HSI/India has stepped in to deliver rice and dog food as well as other basic provisions.

Sunitha Sinto says, “My dogs are my children, and if ever I am in a life or death situation like the floods, I will never leave without them. I’m so happy that Sally (Varma) from HSI/India was here to offer help when I needed it, and still now after the flood when we are still in need.

"I have just adopted two more dogs from the streets too, so now I have 27 children, and we really need the food and medicine that HSI/India is giving us. It’s stopped us from starving. I want to let people around the world know that animal lives matter too, and when calamity strikes they rely on us to save them.” 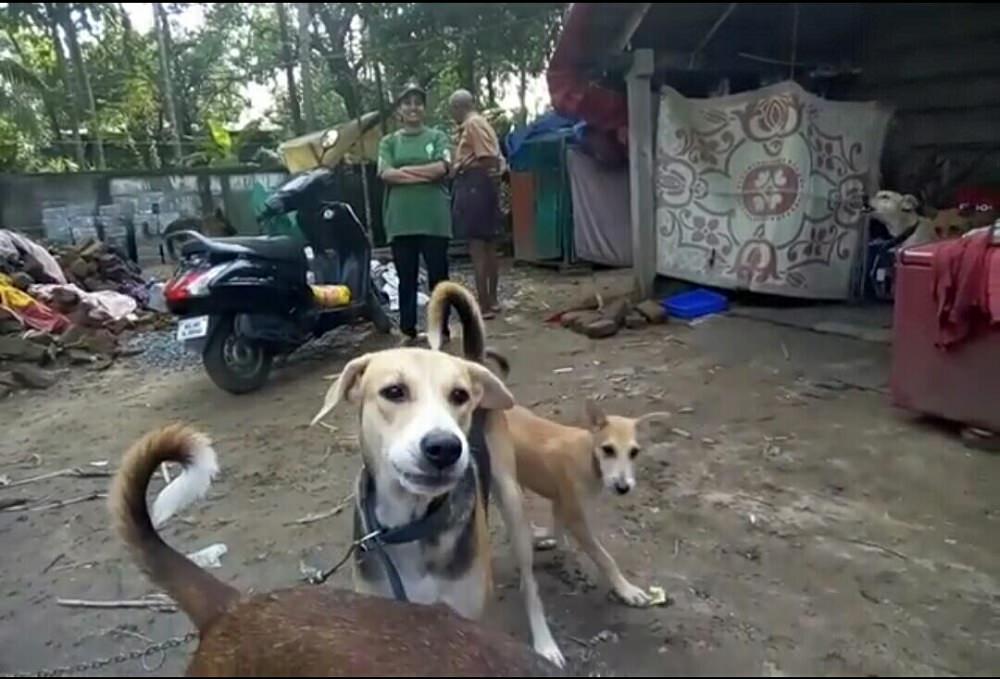 Sally Varma, HSI/India’s education and awareness officer, says, “We cannot take care of Kerala’s animals without also caring about Kerala’s people, and Sunitha is a great example of that. Her bond with her dogs is so strong, they are her family, and so we’re providing her with the help she needs to look after them in this disastrous situation.”

To help Sunitha protect her dogs from any future floods, HSI/India will build a raised kennel and a compound wall. The charity has also agreed to arrange an adoption event to find loving homes for the puppies Sunitha has saved from the streets.

HSI/India’s animal rescue helpline has been inundated with calls from desperate pet owners worried about their beloved pets they were forced to leave behind. Together with a network of local animal groups across Kerala, HSI has been going house to house rescuing any stranded animals they come across. 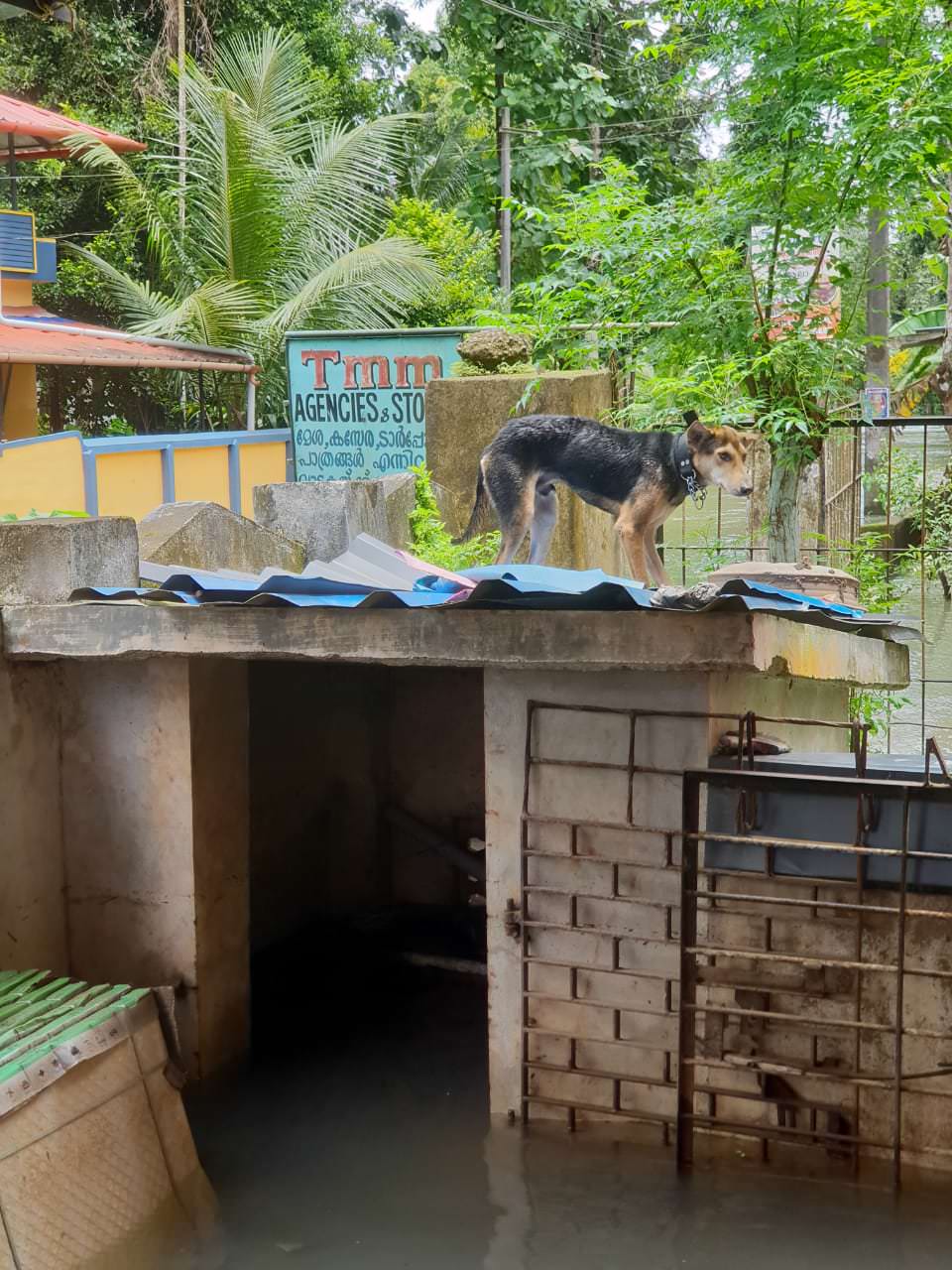 Rescuers are also encountering large numbers of cases of lost animals who will need to be reunited with their people or placed for adoption into new families.

One such happy reunion was made possible in Cherpu this week when HSI/India rescuers walked for 2kms through waist-deep water to find Ray the German Shephard who had fled his home in terror at the rising water and become disorientated as once familiar landscape around him became submerged. After going missing for five days, Ray was finally found by the HSI team when his family called the charity’s helpline.

HSI/India predicts that as the waters subside and open up previously inaccessible areas, its rescue teams will find large numbers of starving and diseased animals requiring emergency help. 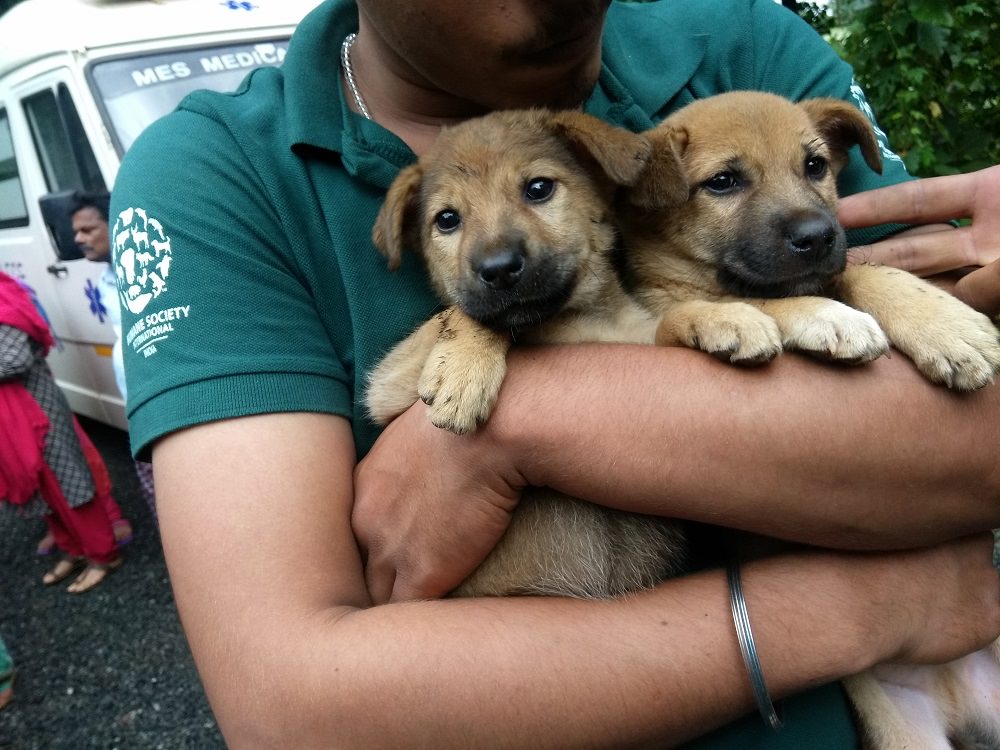 Rahul Sehgal, HSI/India’s senior director of Companion Animals & Engagement, says, “Rescuing frightened dogs from roof tops or cows and goats trapped up to their neck in water, is only the beginning of our disaster relief work. If we were to simply pack up and leave after the initial rescue, we would be condemning hundreds of animals to perish later on as their weakened bodies are overwhelmed with disease or infection.”

If you wish to help, HSI/India is asking for relief materials such as dry food, medicines, bedding and dog crates to be sent to Kerala, and also to Coorg, using DonateCart here: donatekart.com/HSI/unikorn_keralafloods