We do love a rescue dog and it seems we’re not alone.

But, before we bring you to some truly heart-warming stories of some truly wonderful dogs, can we take a moment to discuss just why some dogs find themselves in rescue in the first place? You see, there are people who believe rescue dogs are ‘problem dogs’. This is a myth and here’s why.

According to the dog adoption website, dogsblog.com, all too many dogs end up in rescue through absolutely no fault of their own. In fact, some of the most common reasons dogs are surrendered to shelters is a result of financial hardship or relationship breakdowns where the dog becomes a casualty of their owner's lives and circumstances changing rather than any particular issue with the dog. 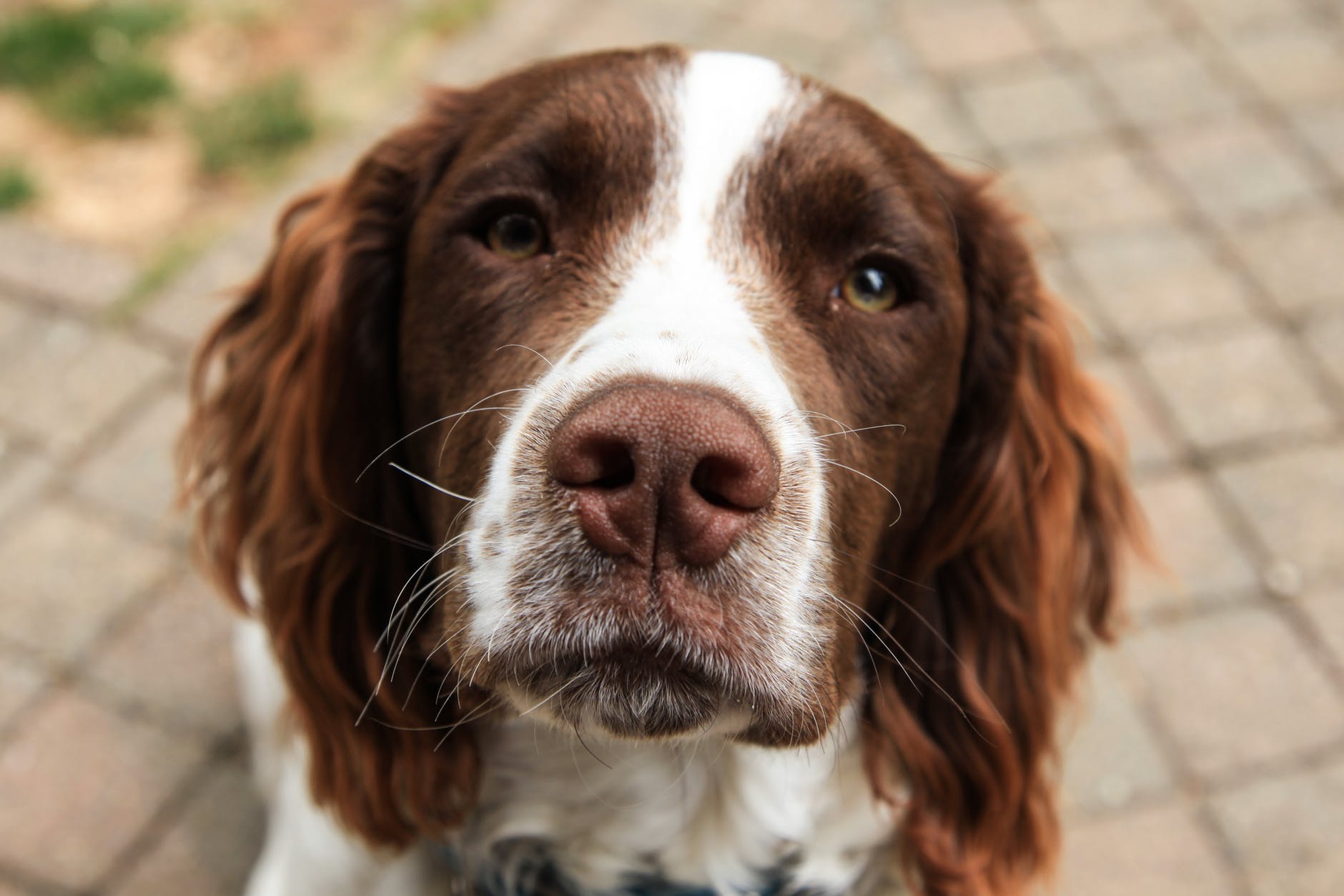 K9 Magazine’s Ryan O’Meara, a former professional dog trainer said, “Owning a dog is a privilege and before bringing a dog into your home, whether you rescue or buy a puppy, you should be aware of exactly what your dog needs in terms of their breed, age, lifestyle, diet and so on.

“Diet, in fact, plays a crucial role in how a dog acts, feels, and behaves, so it’s absolutely crucial to research and understand how the right nutrition will contribute to the health, happiness and general well-being of a new dog, whether they’re a young pup or an older canine companion.

“One of the key mistakes new dog owners make is to simply pick a food and assume it will work well for their dog. Some dogs benefit more from tailored diets that suit them specifically. Diets that are higher in protein, lower in protein or grain free dog food can be most appropriate and beneficial for dogs that have sensitivities.

“A happy, healthy, contented dog is far easier to train, live with and enjoy. Proper, tailored nutrition will contribute greatly toward this goal.”

Scruffts is a competition for cross-breed dogs which runs throughout the year with an emphasis on fun.

There are six categories, including 'Best Crossbreed Rescue', 'Child’s Best Friend' and 'Golden Oldie Crossbreed', and one winner from each category is chosen from the regional heats to enter the ring at Crufts to compete to win the ultimate title of ‘Scruffts Family Crossbreed Dog of the Year’.

So while we wait for this year’s cross-breed winner to be announced, let’s look back at some of our favourite Scruffts dogs.

Biscuit is a Border Collie cross Shepherd Dog and in March 2017, alongside his owner Joshua King, he took the crown of ‘Scruffts Family Crossbreed of the Year’.

In winning the award, he also sent his young owner into the history books. At the time Joshua was only 14 and the youngest person to win Scruffts. 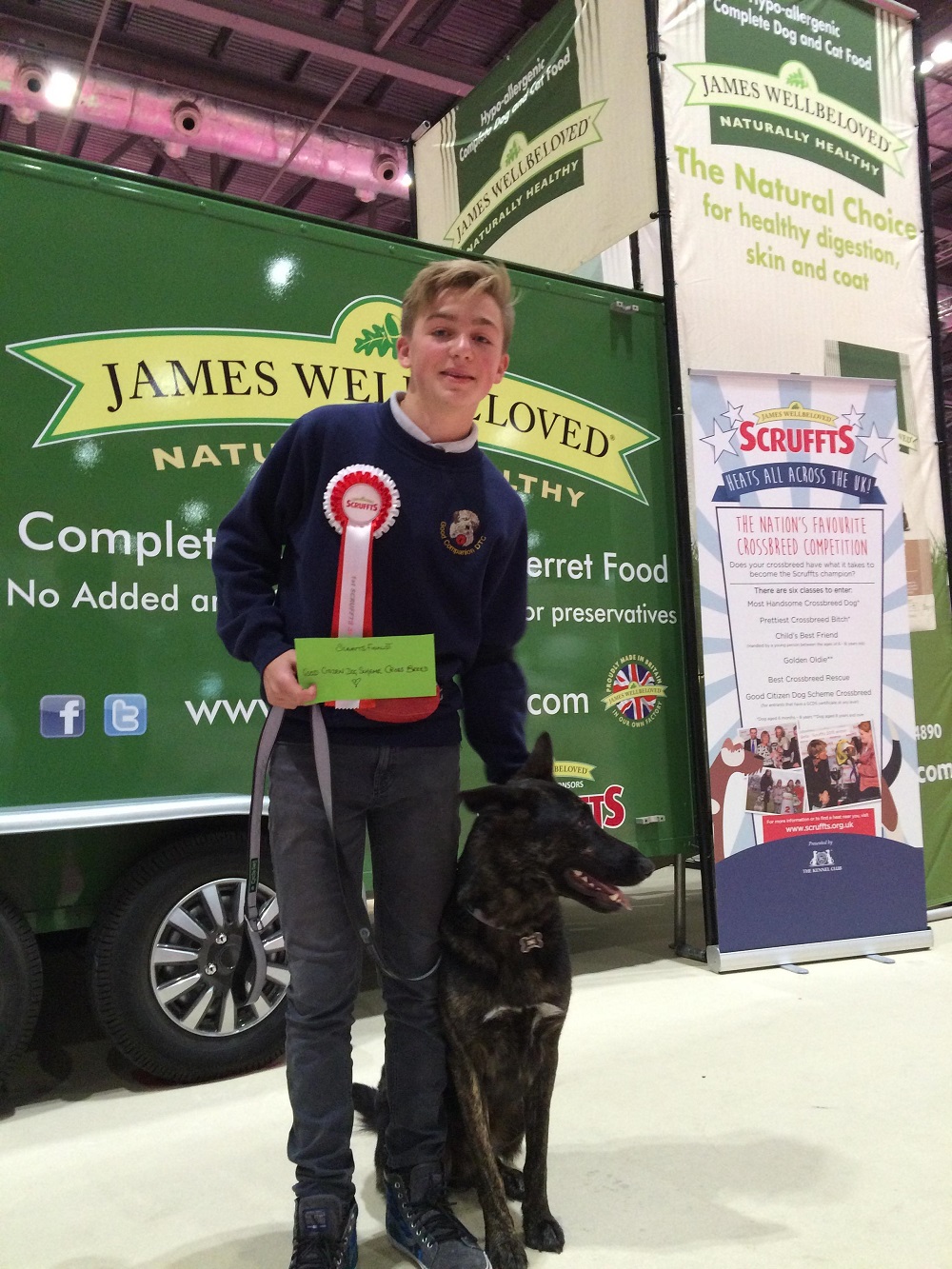 Speaking before the event, he shared his aspirations to become a dog trainer and just how much his beloved cross-breed had changed his life.

“Biscuit has changed my life by being my best and closest friend and he has also brought many great opportunities and memories that I wouldn’t have had if he wasn’t with me.”

Gorgeous Wylie was an older rescue dog from Afghanistan when he stepped into the ring.

He was rescued by soldiers in Kandahar in 2011. They took him to a base and discovered the extent of his injuries, which were extreme. After recovering, the rescue charity Nowzad brought him to the UK to find a forever home.

Despite all he had obviously gone through, his owner Sarah Singleton described him as a gentle, trusting and loving dog. 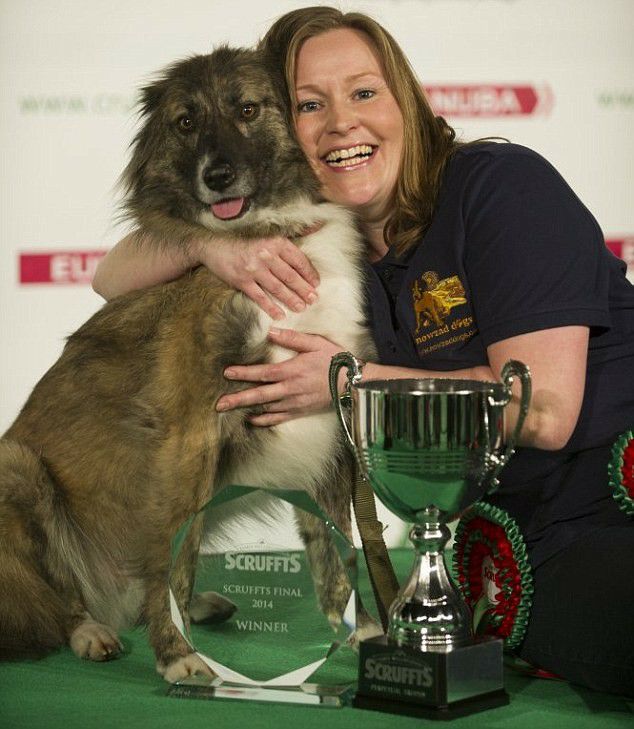 Former Big Brother winner and DJ Kate Lawler was one of the Scruffts judges in 2014 and she chose him as her winner.

Sadly, Wylie recently passed away but his legacy lives on.

Staffy mix Honey is a sweet girl who reached the Scruffts final in 2018.

She was originally found as a homeless dog, living on the streets of London, who took time to find the right home and settle. 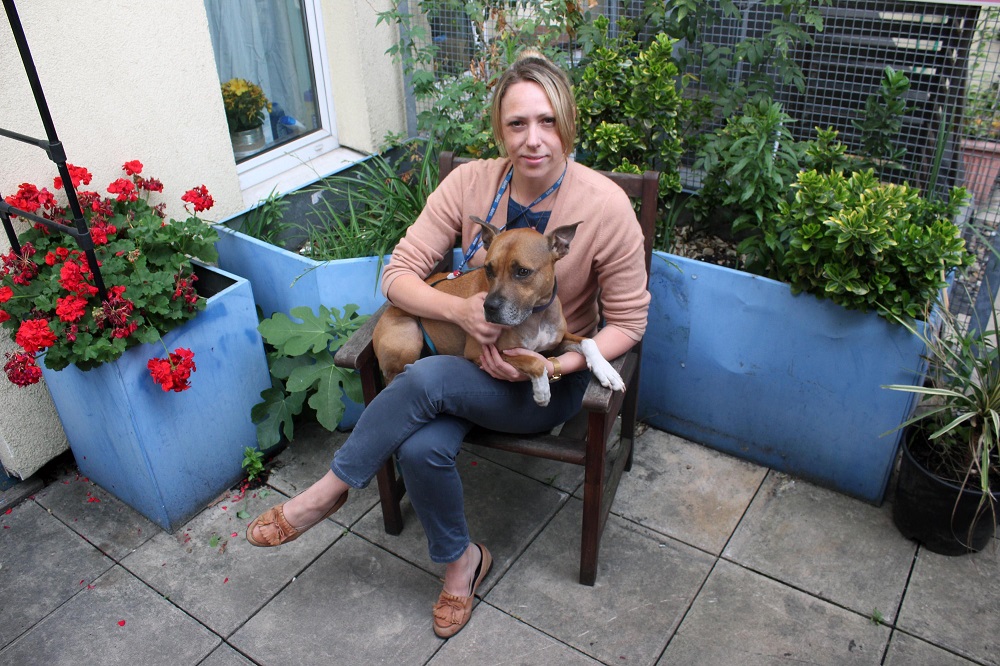 Only when she met owner Dr Emma Williamson did the final piece of the puzzle fall into place for Honey.

Emma is a clinical psychologist working with the homeless and Honey is able to go to work with her. Honey effortlessly puts Emma’s clients at ease (in some cases the way only a dog can) which led Emma to train Honey as an official therapy dog.

Now Honey helps countless people, just by being herself.

Bella and her owner Helen Lewis won Scruffts in 2016.

Helen says she entered her Lurcher cross because it was something fun to do and got her out and about.

Bella met more dogs and she met likeminded people - a win, win, according to Helen. 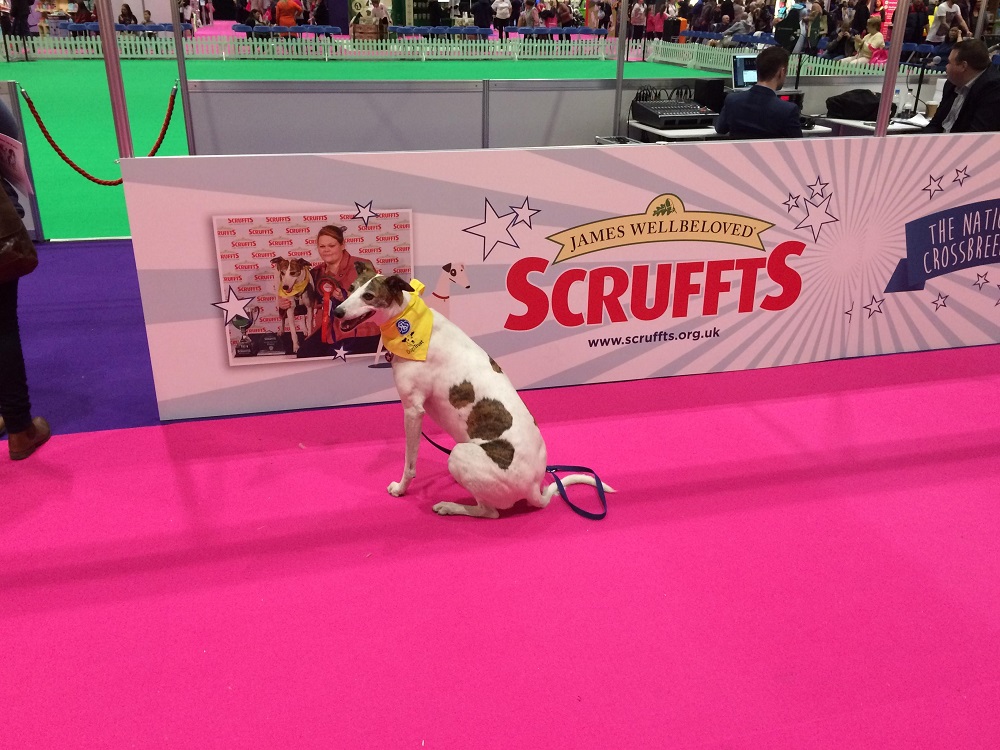 Since finding fame, Bella now has her own blog site.

Often overlooked in everyday life, anything that reminds us of the socialisation benefits for both dogs and owners, simply by being a dog owner, is worth shouting about.

This article is sponsored by James Wellbeloved.

For the past 25 years, pet owners have trusted James Wellbeloved to help keep their four-legged friends happy, healthy and full of life.

James Wellbeloved make wholesome, delicious food to help your pet eat better and live better. Their tasty recipes are made with simple ingredients and are full of goodness – because it’s only natural to want your pet to love their food and live a healthier, happier life.