Rabies is a neglected disease that continues to blight the poorest communities in the world and pitch people against dogs, to everyone’s detriment. Rabies can be – and is – well controlled in some countries but is 'some' enough? Quite frankly no, not if the solution to the problem exists.

It's now time to make rabies elimination a reality everywhere, writes Deborah Briggs on behalf of the Global Alliance for Rabies Control.

In many developed countries rabies is a forgotten disease, a far-off, long ago threat that had something to do with 'mad dogs and foaming at the mouth'. But in many developing countries in Africa and Asia that threat is real and daily, and terrifying.

How many people and dogs die from rabies each year?

Of the estimated 70,000 people who die every year, 95% are in Asia and Africa. More than eight in ten of those deaths are among the poorer rural communities with the least access to the knowledge and vaccines that could protect them, and around four in ten whose life is cut short are children.

Although across Asia an estimated 12 million life-saving rabies vaccines are given each year, the continent is still burdened with over half of the human and two thirds of livestock deaths due to rabies in the world.

Within Asia, India has the largest number of human rabies deaths in the world. Africa carries almost all of the rest of the human and livestock burden, and rabies outbreaks are affecting wildlife populations too, decimating the endangered Ethiopian wolf amongst others.

However, these are countries facing many problems, and dog population management and rabies control rarely make the agenda. Where rabies thrives, communities view dogs with, at best, suspicion and it doesn’t take long for the fear that accompanies an outbreak to spiral into gruesome dog culls in futile attempts to curb the problem.

Around the world approximately 20 million dogs suffer horrific deaths in the name of rabies prevention every year. That's over 50,000 dogs a day. World experts agree that dog culls do nothing to stop the infection rate in people and the mass killing of dogs has even been known to exacerbate rabies, in fact the act itself drives people to move or hide their beloved dogs that may already be infected with the disease, in order to protect them.

But it’s not all doom and gloom. Education is key to helping bring an end to this global problem.

We know rabies is preventable and dogs don't need to be destroyed to take preventative measures and keep the population safe. By vaccinating dogs regularly, rabies can be effectively controlled, protecting man and his best friend. Vaccinated dogs can even act as a protective barrier between their communities and un-vaccinated dogs and wildlife. 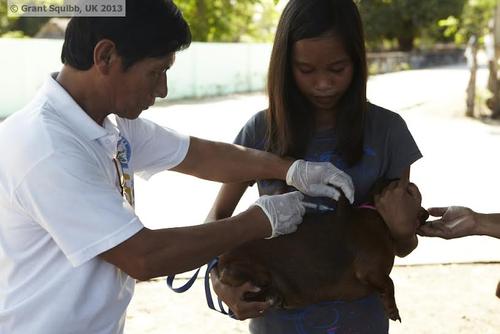 To help spread the word and raise awareness The Global Alliance for Rabies Control (GARC) works with partners, governments, scientists and affected communities in the hope of ending rabies in all corners of the globe.

The organisation’s first initiative was World Rabies Day, which it continues to coordinate. Now in its eighth year, this day of action and awareness on September 28th unites and bolsters the rabies prevention community around the globe and enables activists to share and celebrate their work. Since its inception in 2007 it has provided the impetus for the vaccination of millions of dogs.

For this year’s World Rabies Day, GARC ran the campaign Me and My Dog, an internet-based photo campaign to highlight the mutual benefits of human-dog companionship and the life-saving importance of rabies vaccinations for dogs. The campaign had a global impact, with particular success in India where it trended on Twitter. 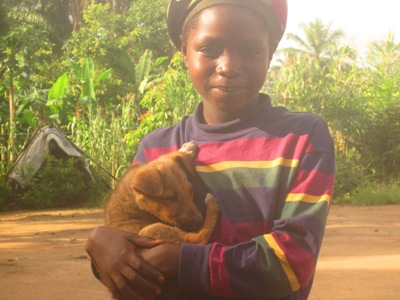 One of the hundreds of pictures shared from around the world for Me and My Dog – this one is from Liberia. See the whole collection at rabiesalliance.org/meandmydog

GARC’s education programmes include community-based programmes to teach children (and adults!) about the importance of responsible pet ownership and dog bite prevention, getting rabies into the national curriculum, training community educators to teach others in their community about rabies prevention, and training for professionals on effective diagnostic methods. 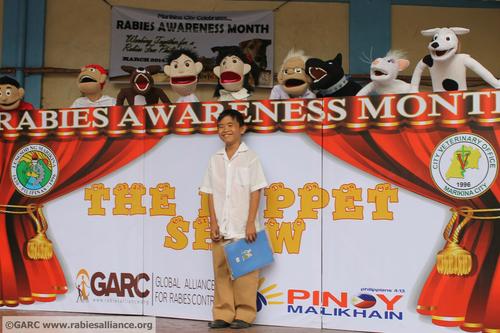 GARC has also set up field projects in certain countries to show how rabies can be eliminated if everyone works together. In the Philippines, for example, GARC provides practical support to the national government for their goal of rabies elimination by 2020. This includes GARC field vets working alongside Provincial Health Officers and Provincial Veterinary Officers, often in remote areas, for surveys and vaccination of the dog population. And it works with government communication and media offices to develop awareness campaigns so that people know what to do to keep themselves and their animals safe.

As smart as dogs are, they are still not smart enough to ask us to get them vaccinated against rabies; that responsibility rests with us humans as their carers.

We owe it to our canine partners and friends – wherever they are in the world - to protect their lives, which in rabies-endemic countries includes protecting them from one of the most deadly infectious diseases that currently exist.

To be a part of the Global Alliance for Rabies Control’s ‘Me & My Dog’ campaign and submit your own photos visit meandmydog.rabiesalliance.org.

To donate to GARC’s work to protect dogs against rabies and enable people and dogs everywhere to enjoy the benefits of the human-canine bond, please go to rabiesalliance.org/donate.