Readers of the K9 Magazine Dogosaurus may well be benefiting from being able to label the odd behaviours that our dogs present. We like to apply names to the often funny and sometimes strange behaviours our dog's exhibit.

It certainly makes telling our families what our dogs have been up to much easier if we can say ‘oh yes, that’s now normal for Chris - he’s become a Spongebob Gobblemouther’ to describe the foam that develops around his mouth and chin when he’s eating.

But labelling something is one thing, understanding the cause is another. Terms such as Tourette's, ADHD, attention deficit disorder, all of them tend to have recognisable patterns of behaviour. Often, we dog owners spot our dog exhibiting certain behaviour and we make a connection that leads us to ask: does my dog have Tourrette's or has my dog got attention deficit disorder or canine ADHD?

Given that dogs and many other animals have magnificent talents that our human minds can’t fathom or perform, K9 Magazine believes that many dogs may indeed be operating on a completely different mental spectrum to that which is ‘neurotypical’. 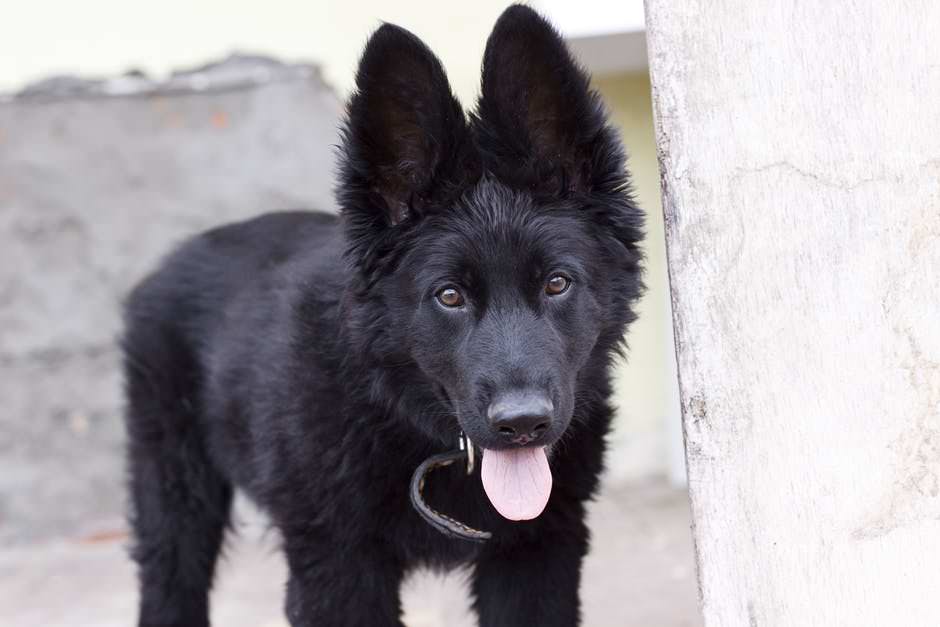 Using the autistic spectrum applied to human behaviour, we have devised a do it yourself test to determine where about on the spectrum your dog may be. Otherwise, how can we explain why the same dog that a person relies on to warn them of an imminent seizure or to detect drugs hidden in a petrol tank, can also be responsible for wanting to ‘kill’ the newspaper or the old classic, chasing the tail.

Whilst the modern maxim ‘there is no such as thing as normal’ carries a lot of truth, there is such a phrase that goes ‘my dog is mad’. For those of us who have dogs that do inexplicably odd, weird, or plain crazy things (most of us then), for which we mere humans cannot find an answer, there may be underlying issues related to your dog's individual neurology.

The autistic spectrum helps people understand the cause and effect of certain mental conditions. Many of these conditions that are applied to humans are to be found in our dogs in slightly modified or basic levels of seriousness, and when we take into account that many people who are placed on the autistic spectrum have extraordinary talents, mental ability and creativity, the idea of understanding why an obviously intelligent dog can also be found tilting his head in confusion at your sneezes affords the canine-human relationship a certain clarity.

Bark without getting up or appearing interested in what he may be barking at?

Frantically kick his legs whilst lying on his back without stimulation?

Bare his teeth without motivation or apparent awareness of doing so?

Tourette’s Syndrome is caused by a motor tic and is often manifested in a phonic tic such as shouting or involuntarily making other noise. It is not on the autistic spectrum, it is related to other involuntary tics such as facial twitching or involuntary spasms.

Certain dogs appear to involuntarily spasm, twitch or bark, but it is highly unlikely that this could be related to Tourettes. It is possible that the dog may have a motor tic, but not as complex as those exhibited by people with Tourette's syndrome.

Remember, dogs are very different to humans and this is a simple guide to possible similarities in behaviour, but they often display similar behaviours and behavioural patterns. Autism and patterns on the autistic spectrum are considered by many not as a disorder but as a valuable variation in neurology and most if not all of the symptoms applied to dogs here are also markers of intelligence.

It is possible that many of the world’s most remarkable dogs are in possession of this variation in neurology, which enables them to realise their latent natural brain power, ability or skill.

Have difficulty following a simple command such as ‘sit’ or ‘stay’ even though you know he understands you? Perhaps he tries to sit but cannot resist following you.

Display signs of restlessness even after a long walk or period of exercise?

Lose interest in training or play after a short time only to initiate play almost immediately after losing interest?

Ignore you even though he is aware of your presence? 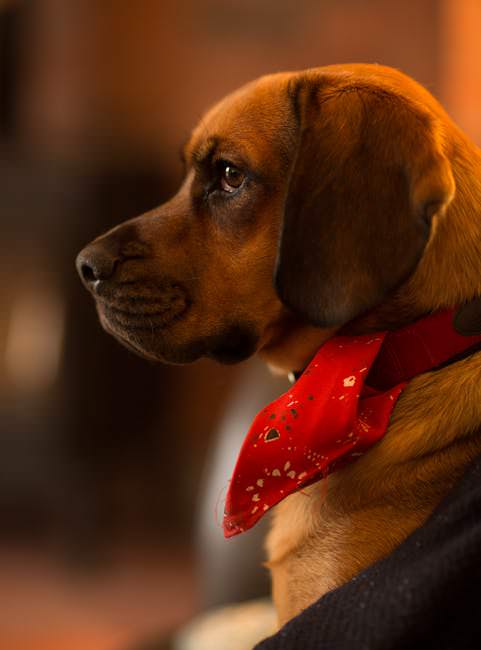 If you answered yes to one or more of the questions it is possible that your dog may have the canine equivalent of ADHD. This means that he may be difficult to train, but on the other hand, he may have an outstanding talent for and desire to perform a certain task.

Try to explore what motivates your dog and join him in focussing on that particular task. Nutrition is key to controlling these symptoms in both humans and dogs should they be problematic, so consult your vet or a nutritionist to find out how you can help your dog through diet.

If you are concerned that your dog is displaying signs of ADHD, you can read more about the condition and common symptoms of ADHD in dogs here.

Find it difficult to interact with other dogs? Perhaps he doesn’t respect other dogs’ space or fails to respond to other dogs telling him to ‘back off’.

Fail to learn from previous incidents or mistakes? Perhaps he frequently investigates fires or cold water and constantly is surprised by the result.

Have one favourite activity to the exclusion of all others, which will then become redundant in favour of something else after a period of time?

Respond badly to a change in routine? Perhaps he is uncomfortable when taken to a new or unfamiliar place.

Does he have severe mood swings?

Tilt his head in confusion with no apparent stimulus?

Autism is a diverse and wide-ranging collection of behaviours that affect a broad range of people and possibly dogs. Autism often carries with it an exceptional attention to detail or ability to discern between two apparently identical things, such as smells or sounds.

Dogs that tilt their head for no reason apparent to humans are often pondering something other than a strange noise or movement, often likely to be in the distance or out of immediate sight, such as a reflection or shadow.

Become upset at the presence of new dogs or people, regardless of previous meetings?

Have an exceptional talent or level of intelligence. Perhaps this dog is the best working retriever you have ever seen?

Does he attempt to dominate all other dogs regardless of their size or their signalling of dominance?

Does he repeat behaviours to an unusual level, such as burying or scratching?

Is he unusually gullible? Perhaps you can always send him down the garden by pretending to throw something, even if you have done this five or ten times before a moment earlier?

Asperger’s Syndrome and Autism have many similarities and are related on the spectrum. Asperger’s is known as high function Autism.

The person will prioritise, for example, adhering to their routine at the expense of appearing offensive or rude. Stimulate your dog by encouraging play or training, focussing on what he is motivated by. Watch his diet and be responsible and sensitive when socialising him.

Become stubborn, even to his own detriment? Perhaps he will refuse to come in from the rain or to drop a sharp or hot object from his mouth.

Often become preoccupied with something seemingly trivial such as a shadow or a draught under the door?

Become obsessed with something or someone? Perhaps not leaving alone another dog or person despite being pushed away/growled at/bitten.

Chase his tail to the point of exhaustion or frustration?

Whilst not always associated with the Autistic Spectrum, APD sufferers often display symptoms of other conditions on the spectrum. People with APD are usually highly intelligent, highly strung, inflexible people whose weaknesses lie in their preoccupation with detail often to the point of forgetting why they are doing something in the first place. Many of the most forensically minded individuals such as lawyers, detectives and scientists have this disorder.

Whilst this condition is very complex and most probably not likely to affect dogs in its entirety, certain symptoms are found in certain dogs. Usually, some dogs show an interest and can become distracted by something, but will relent upon realising that the subject of their interest is intangible or something more interesting happens. Dogs that don’t are often stubborn and very intelligent. Understanding your dog’s motivations for doing things will help deal with this problem. Always have a more appealing option and be patient.