Located between its two French neighbours, Guadeloupe and Martinique, the island of Dominica (not to be confused with the Dominican Republic) is a lush Caribbean island, with tall, volcanic mountains and black sand and pebble beaches. After Haiti, Dominica is the second poorest country in the Caribbean and in many ways, being in Dominica is a bit like stepping back in time some 50 years ago in the tropics, writes Dominique Marchand, Executive Director at The Humane Society of Dominica.

The lack of white sand beaches means that tourism is not very well-developed and many people still live off fishing and small land holdings. The free education system is good but there is very little industry and young people graduating from school have a hard time finding work on the island. Many struggle economically and the majority of the people do not have much free currency to spend on anything but the basics.

Like everywhere else in the world, there are many in Dominica who like and love dogs and keep them as beloved pets, feeding and caring for them as best as possible with whatever means they have. But there is also another undercurrent, a remnant of the era when plantation owners relied on dogs to maintain order and instill fear in the slave populations. To this day, fear and distrust of dogs still exists in the Caribbean region and dogs are more often regarded solely as guard dogs than pets. 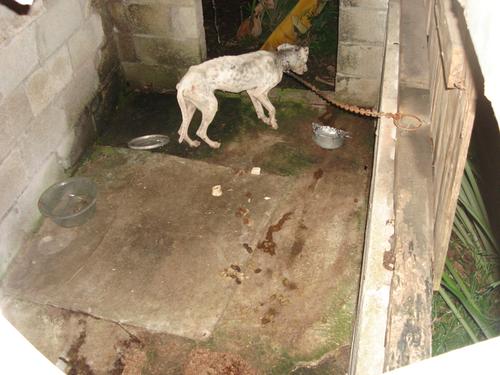 Unfortunately, fear can also generate a lack of empathy and dogs used as deterrents can experience miserable lives, tied to a post with only two or three feet of chain and scraps of food thrown out to them from time to time. Unable to move around, with little compassionate human touch, they often end up barking incessantly. Their constant bark in turn marks them as true nuisances and they can end up being poisoned, dying a sad and painful death. Keeping a dog in a tiny makeshift cage is a solution some use to counter the threat of poisoning but although it may fend off an agonizing death, it rarely equates to a better quality of life for the dog. 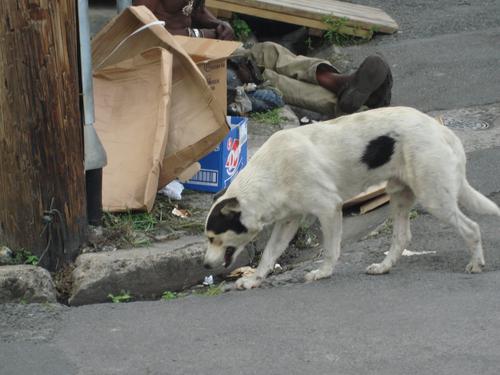 In contrast to the small, restricted lives guard dogs experience, unwanted dogs are simply let loose and have to fend on their own, forming packs that scrounge garbage and hunt wildlife to survive. These strays are mostly ignored when they don’t pose a threat but single animals can become prey to unkindness and cruelty. Without human care, they reproduce without control, suffer from mange, injuries from fights or vehicular accidents and lead difficult, short lives. 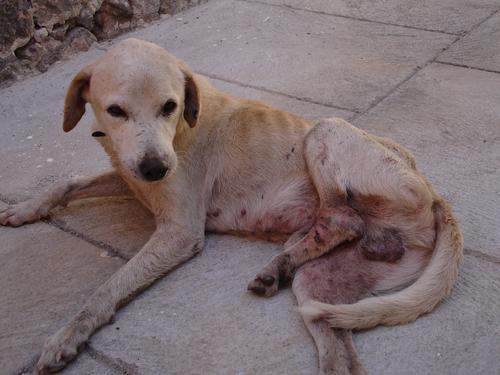 Since few people have fenced yards, even the better cared for family dogs are free to go about as they please. Spaying and neutering pets is not part of the culture, so these dogs contribute to the unsterilized stray population who have litters in bushes, under the pillars of houses or discarded vehicles. Some of the puppies survive, but many die because the conditions are simply too harsh.

It’s in this local context that the Humane Society of Dominica was founded in 2002, with the long term goal of bringing about a change in how animals are perceived and treated. Not building a shelter was a conscious decision that the Humane Society took from the very beginning, choosing instead to work first at building a community of caring individuals who would then be more likely to embrace the concepts of adoption, spaying/neutering to control stray pet population and other animal welfare issues. 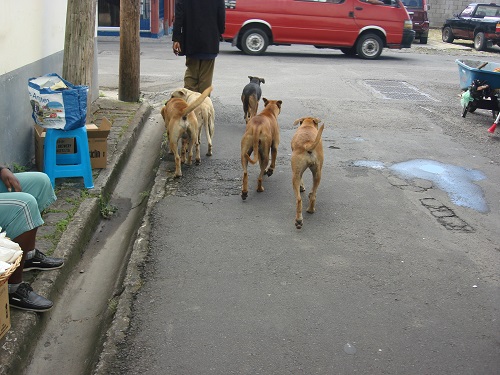 Strays in pack in capital city of Roseau

In order to do so, the small organization (3 people!), devised a humane education program to reach as many school children as possible and teach compassion, general pet ownership and pet care. In the past 12 years, by traveling to schools throughout the island, some 12,000 children had the opportunity to participate in the program and from that pool a Humane Youth Group has taken form. Composed of now teenagers, the Humane Youth Group is key in spreading the concept that caring for animals is not a remarkable thing and that it can lead to wonderful people-animal relationships.

In Dominica, the growing availability of televisions, portable phones and other internet devices means that more people, especially young adults and children, now have access to media content and programs that deal with animals and animal welfare issues have become favorites. It’s with this in mind that the Humane Youth group has recently produced a creative, small budget ($500!) music video to encourage people to “Spay and Neuter, Start the Culture!” as part of Dominica’s first campaign to humanely spay/neuter stray animals throughout the island. The goal is to raise East Caribbean $20,000 (approx. US $7,500) to spay/neuter 100 stray animals in 2015, which would be a great first step in addressing the issue in the most humane way.

In addition to various public campaigns to raise awareness about animal welfare issues on the island, the Humane Society of Dominica also has an active social media presence and acts as liaison for those who seek to re-home a pet and those who would like to adopt. This doesn’t mean that there isn’t any hands-on work being done with animals. Instead, the Society directly involves individuals as foster families or as guardians and helps rehabilitate strays needing a new home directly with their caretaker. 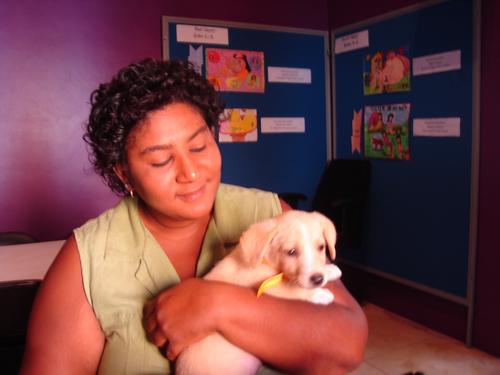 There have been numerous success stories throughout the years, such as Pebbles, pictured below, a tiny black puppy who was picked up from the road one morning, barely able to walk. While she quickly found a great home, it took some 80 days to get her back in shape, simply with food, water, deworming and a lot of love, before she moved in with her new family. Or Tulah, a stray puppy who walked up to the Society’s Director during a live interview in a park and ended up adopted only to become a Florida resident some time after. 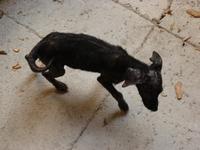 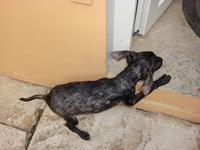 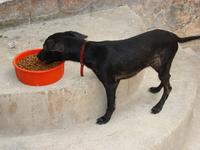 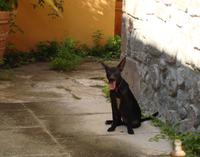 There is yet a lot of work to be done on many fronts but the progress made these past years is encouraging and the Humane Society of Dominica is hopeful that with continued efforts this tropical paradise will become just that, for people and animals alike.

If you would like to support the efforts of the Humane Society of Dominica, we encourage you to see the Spay and Neuter, Start the Culture video by visiting their website: www.hsdominica.org or watch through from start to finish above. There is also a ‘Donation’ page, in addition to a few fun campaign items.