Dogs are brilliant, aren’t they? They are quite happy to curl up on the sofa with us, join us on a trek and even do much-needed legwork which helps to put criminals behind bars.

We often cover stories about how dogs are helping scientists research their chosen fields of study. But this month, after reading about a new study in the open access journal Nature Conservation, we’re sharing the story of a Golden Retriever whose efforts could help to save an at-risk species – the hermit beetle.

Due to their life cycle, the hermit beetle (Osmoderma eremita) is only present for a short time as an adult. It is also extremely elusive. These things combined make standard methods of monitoring, which involves time-consuming wood mould sampling (which is not only arguable in its overall efficiency but is also quite damaging to both the species communities and their habitat) difficult. 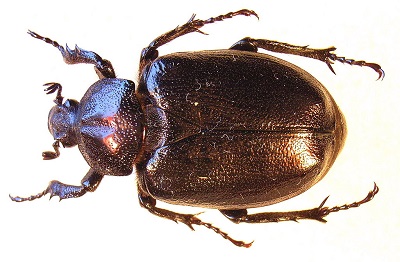 And so while searching for a solution, led by Dr Fabio Mosconi of the Italian Agricultural Research Council and the Sapienza University of Rome, scientists looked to man’s best friend to help solve their problem.

Mosconi knew that conservation detection dogs were already successfully being used when searching for mammals, reptiles and birds and even for locating a number of invertebrates. Alongside his team and as part of the MIPP Project aimed at the development of non-invasive methods for monitoring selected saproxylic beetles, they decided to put a dog to the test, comparing a canine training programme with the traditional method.

Starting from the choice of a dog, the scientists carefully made their choice from a number of individuals as well as breeds. They settled on a Golden Retriever – a breed widely used in searches for biological targets. As for the particular dog, they chose Teseo – a six-month pup coming from a line with a strong background in locating illegally imported animals and animal parts. 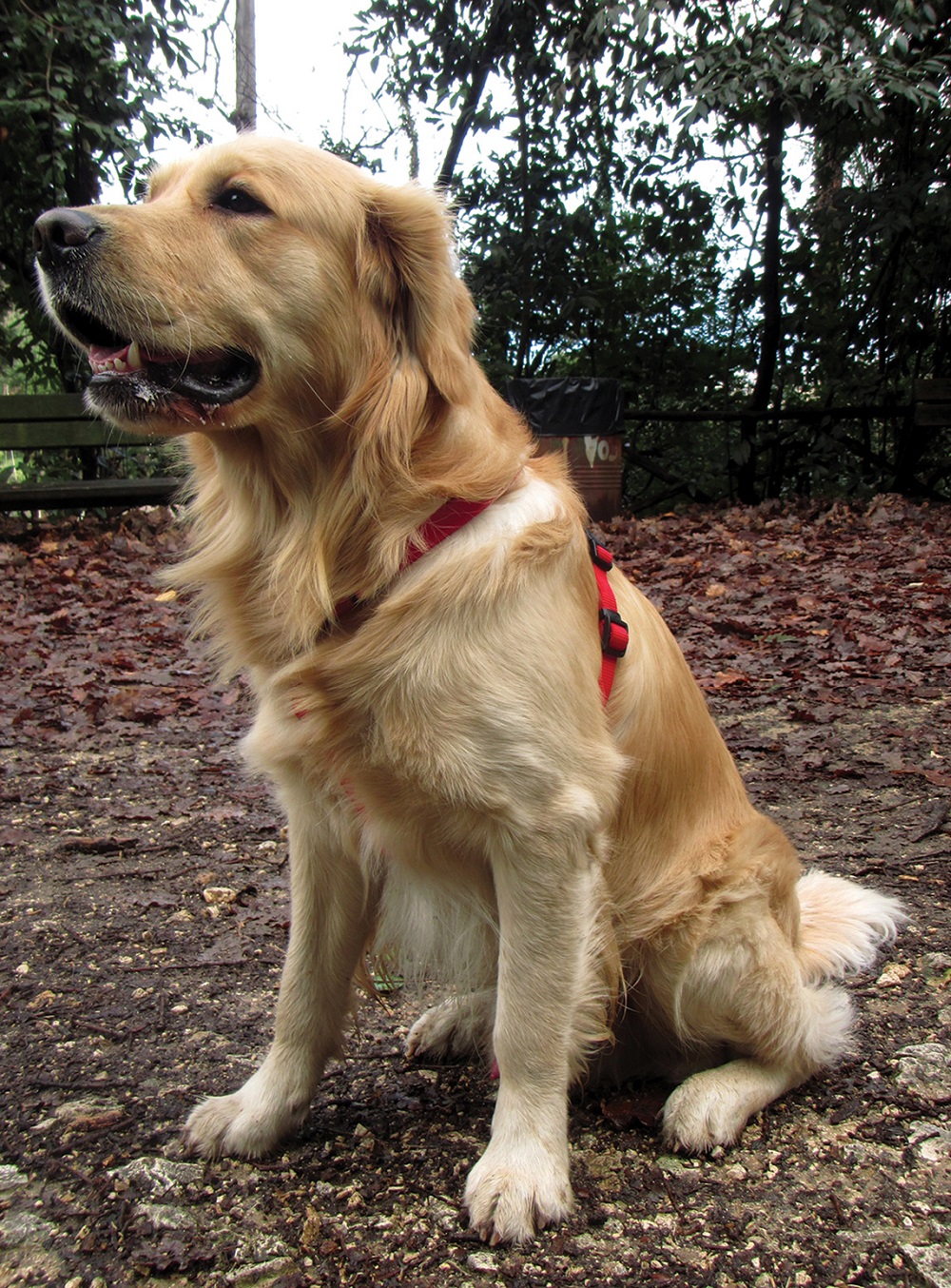 Training a dog for conservation work

The training of Teseo began with the assignment of a trainer/handler and some basic obedience training, involving teaching simple commands, search games and agility activities.

The next step was introducing the dog to various types of odours, since the hermit beetles might give off a different odour dependent on their habitats, such as the presence of fungi, sawdust and other organic materials. Immediately after detecting the target smell, the animal would be given a reward such as food or play, so that its behaviour could be positively reinforced. 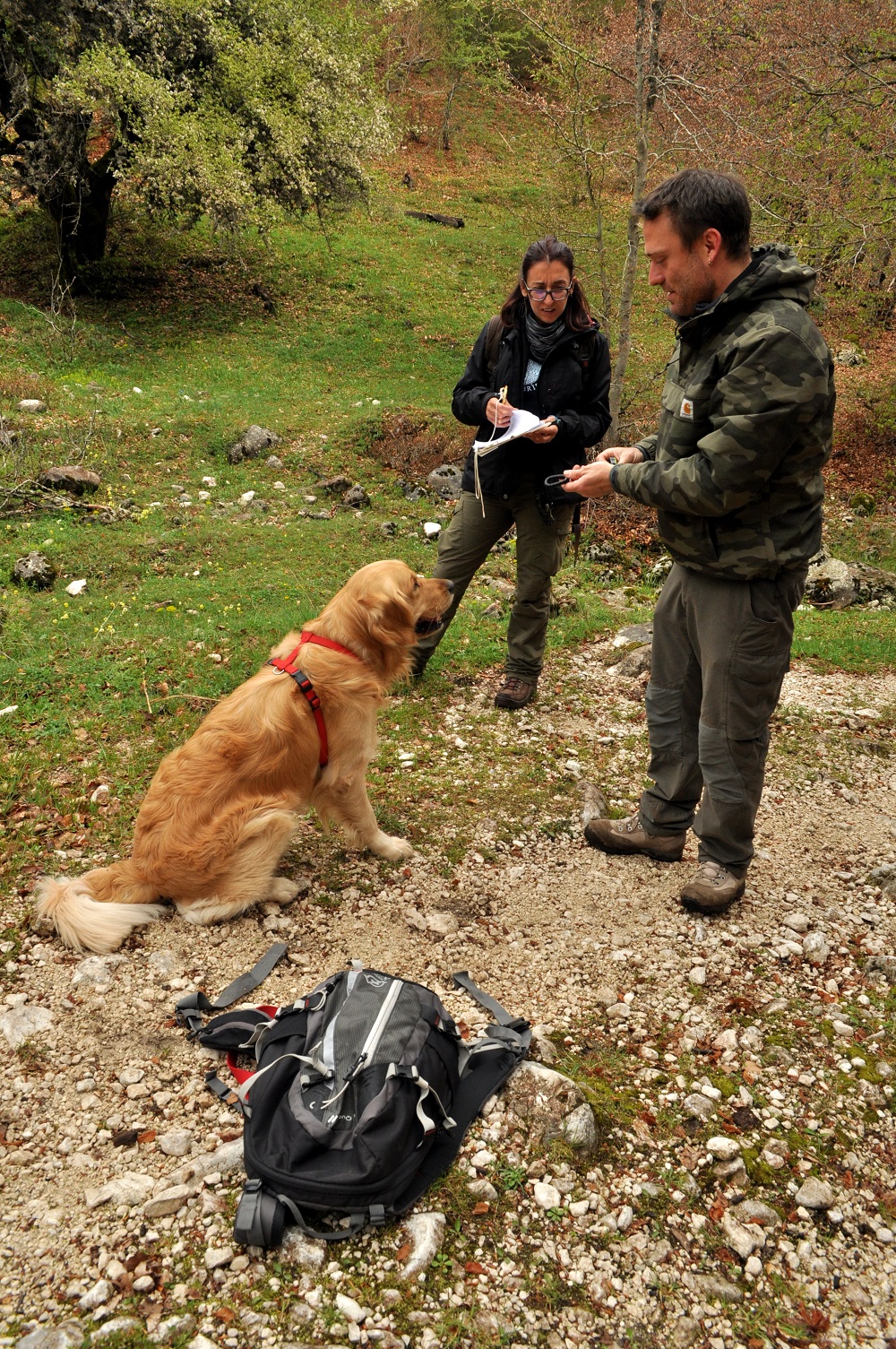 Then, the dog was taught to differentiate between different odours. The researchers presented a number of targets to the animal where it needed to select the right one. At this stage, the dog was only rewarded for correct signalling.

Should the dog be distant from the trainer, a special clicker was used to ‘announce’ the treat in advance. The researchers noted that it was at this stage when the relationship between the dog and the handler needed to be really strong, so that the training was as efficient as possible.

In conclusion, the scientists reported a significantly higher probability (73%) of Teseo successfully detecting a tree colonised by the larvae, as opposed to two people conducting the traditional wood mould sampling (34-50%).

Moreover, the dog would cover a particular area in a very short time when compared to the traditional method – on average it would take Teseo 6 minutes and 50 seconds to examine the whole tree, while the operators using wood mould sampling would need about 80 minutes. Additionally, searching for larvae with dogs poses no risk to either the insects or other organisms that might be living in the trees. 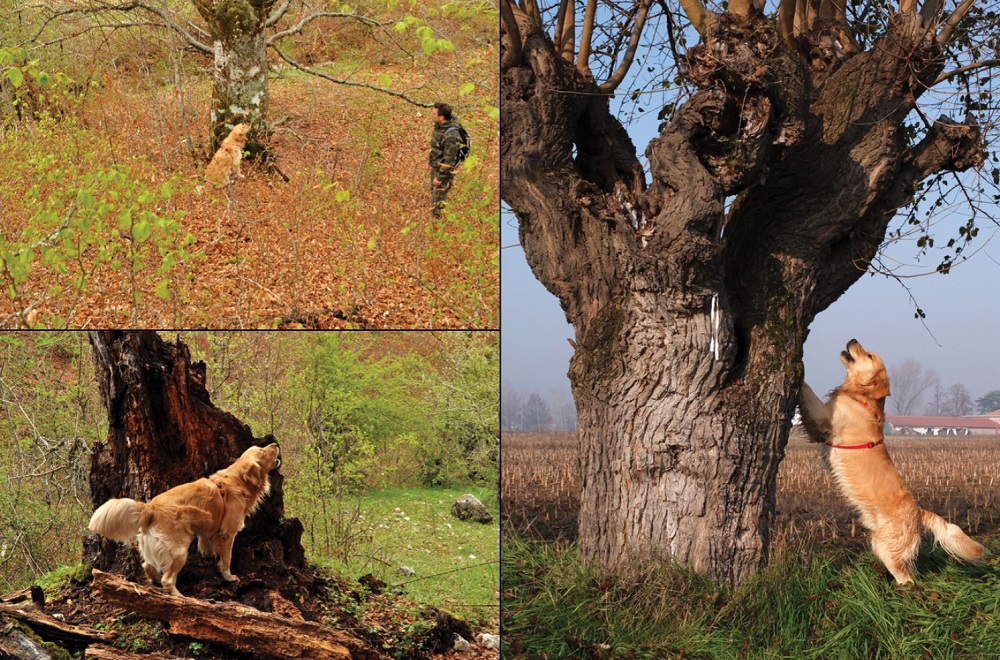 Teseo signalling the target to the handler discoveries made / Photo Credits: Emilia Capogna and Sӧnke Hardersen

Furthermore, the researchers provided a list of precautions in order to increase the efficiency when searching for beetle larvae with the help of trained dogs. The list included familiarising the dog with the survey site beforehand, opting for the part of the day with the most favourable atmospheric conditions and carefully monitoring the dog for signs of fatigue.

“A conservation detection dog is a powerful tool for locating O. eremita and these results can be useful for other related European species of Osmoderma“, commented the scientists.

“In fact, the use of a trained dog is a fast, accurate and non-invasive method that allows the detection of a target species in an area and to identify the colonised trees; this means that a conservation detection dog can locate new populations, can confirm the presence of the target species and can assist in the mapping of colonised trees in an area, accurately and efficiently.”