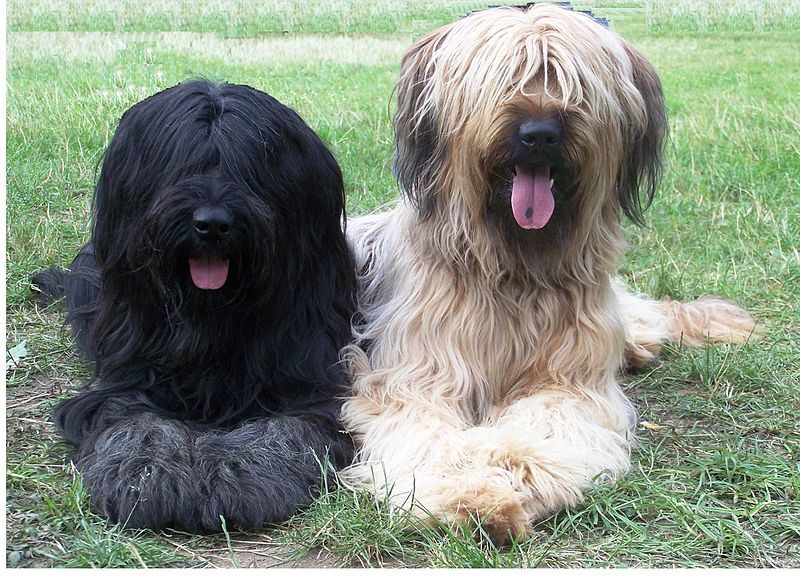 If you’re like me, you love dogs - your own above all. In my case Eve, a mad little Briard with hair tumbling over her eyes. But why do we bond with dogs so deeply?

I suspect it goes deeper than we often imagine, writes Steve Bradshaw.

While making a film called ‘Anthropocene’, about how our civilization’s changing the Earth into an artificial planet, I spoke to an American writer called Will Steffen.

Will suggested we’ve built civilization alongside our canine colleagues. Dogs were our early warning system, we couldn’t settle and farm without them. We were their protectors too.

We’ve evolved together. We owe each other a huge debt. We carry that knowledge in our genes.

So I started talking to Eve about her own breed’s past…and checking it out on the Internet! Were there more recent debts we owe each other?

I was amazed at the results.

I’ve owned… sorry worked with a Briard before. Julie helped us bring up our kids. I knew from Julie that Briards are French sheepdogs, who used to be left alone with the flocks.

No waiting for calls and whistles. Briards are independent dogs, who’ll check out what you want, and go their own way about delivering it, thank you.

Because they use their own initiative, they were great messenger dogs in the First World War.

Briards were the official French Army dog, and not just because Napoleon – and Charlemagne and Thomas Jefferson it’s believed – were Briard fans. Along with running messages, Briards were wonderful watchdogs.

Whereas Poodles just wanted to play, and Retrievers were a tad too obedient, Briards would scuttle around the trenches so effectively that enemy snipers targeted them. Brits and Germans liked Airedales, but for the French, Briards were top dogs in the trenches.

And Briards had another talent – a talent which I knew I had to write about. A talent which brought tears to my eyes.
After the fighting was over – or had died down – the Briards roamed amongst the fallen men trying to discover those who were still alive. Briards are said to have superb hearing so maybe that’s how they did it.

If the Briard passes you by, the saying went, it’s over for you.

Now what, I wondered, if a Briard stumbled across its enemy – a human who mistreated dogs?

Then I knew I had a novel to write.

Write it in the Briard’s voice, my wife said.

To be honest, I didn’t have the nerve.

But while I was visiting Shanghai, some folks at the New York University campus told me about the work of Timothy Morton, the American philosopher who writes about animals as “non-human people.”

And so I thought… yes, non-human people should have a voice too. And so there you are… a short novel called ‘Briard’, told in the voice of the real Eve’s fictional ancestor Serges, with an intro by Eve, and published in my name!
I’m not letting the little pickle take all the credit!

Steve Bradshaw is an International Emmy award-winning journalist, writer and film-maker, who is passionate about conveying the extraordinary nature of Briards as a breed and beautifully illustrates the very real bond formed between these animals and their human comrades on the battlefield.

In This Issue... Talking Point: How Dog Proof Is Your Home? Lifestyle: Interview With Elisabeth Rohm: 'Animals Teach Us How to Slow Down and...

Elisabeth Rohm: ‘Animals Teach Us How to Slow Down and Just Be’

Elisabeth Rohm is perhaps best known for her roles on the much-loved TV shows ‘Law & Order’, the cult classic, ‘Angel’ and most recently...

Could Your Dog Do What This Dog Does?

Henry is a dog with a very important job. But his life hasn’t been plain sailing. At eight months old he was rescued by...

4 Products to Help You Smash Your New Year’s Resolutions

Have you made any New Year's Resolutions for 2019? Ours all seem to orientate around finding new ways to make life easier and keep...