When special ops warrior Jason Morgan parachuted into the Central American jungle, he figured this would be no different from countless other anti-narcotics operations. A Combat Weatherman, he was serving with the Special Operations Aviation Regiment (SOAR). However, this mission would prove life-changing, says Damien Lewis, co-author of 'A Dog Called Hope'. 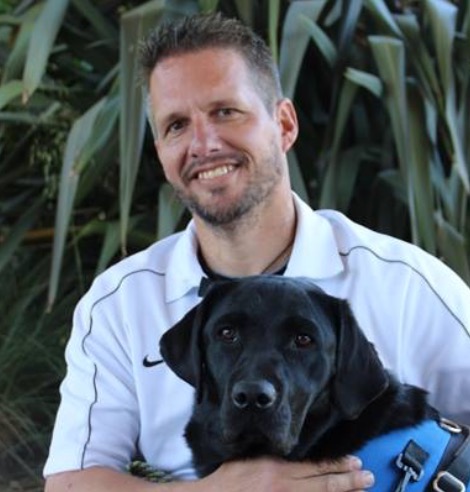 Jason would come back to consciousness in a military hospital, having spent months in a coma and with no memory of how he’d got there. The first words he heard were from his surgeon, telling him that he was paralyzed and would never walk again. In typical Morgan fashion his response was: ‘Sir, I will walk again. Yes I will.’

Jason could remember nothing about the mission which caused his horrific injuries - a broken back, collapsed lungs, innumerable broken bones. Released from hospital, he’d gone from high-flying elite forces warrior to a paraplegic in a wheelchair. With a wife and three infant boys to care for, what kept him going was the conviction that he would walk again. His folks found out about a pioneering nerve-graft surgery, one that offered a miraculous promise of recovery. There were two problems. The first - it would cost 30,000 dollars. The second - the clinic where the surgeon worked was based in the very country where Jason had suffered his terrible injuries. 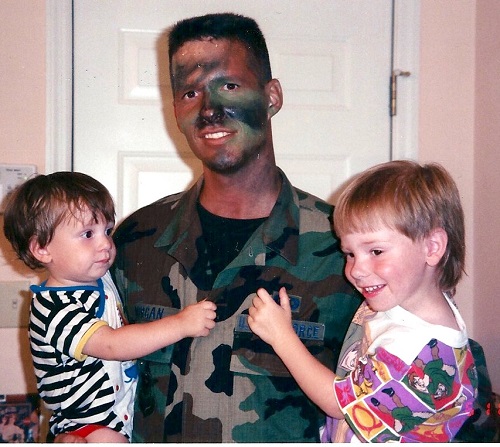 Jason’s parents set-up the Help Jason Morgan Walk Again Fund, and in a few weeks they’d raised the $30,000. With only his fifty-nine-year-old mother as an escort, Jason returned to Central America for the operation. The surgery went ahead, and for the first time since his injury, Jason could move his hips and had feeling in his legs. Jason also received a very special visitor at the clinic. Steve Sutherland, an American missionary working in the area, was able to relate how he had stumbled upon Jason’s crushed body lying face down in a jungle swamp, and how he’d driven him to the nearest hospital - so saving his life.

The evening after Steve’s visit Jason had his first nightmare. He awoke screaming. Steve had triggered the memories to come flooding back in. Over the coming years the nightmare would delve further and further into Jason’s lost memories, recovering the truth of how he’d ended up so terribly hurt. Back in the US, Jason defied his military surgeon by taking his first steps, using leg braces. He even pledged to his folks and his SOAR buddies that he would go on to run a full marathon. But it was then that fate dealt him the harshest blow.

The pain of the injuries proved unbearable, his medication mind-numbing, his moods at times furious and dark. Battling depression, Jason was no longer the man his wife had married. She left him, and overnight he became a wheelchair-bound father with three young boys to raise. Jason crashed and burned. The pain spiked to unbearable levels. In desperation, he agreed to have surgery to sever the nerves to his legs, to block the pain. But the doctors’ promises that he would keep his mobility proved misplaced. After the surgery he’d lost the ability to move his legs.

Jason reached his lowest ebb. But it was then that he heard about a charity called Canine Companions for Independence (CCI), one that provides service dogs to wounded veterans. CCI was convinced that Jason’s disability more than qualified him to get a service dog. CCI had just the animal for him. Yet when he flew to their California facility to meet his dog, Jason had no idea how much his life was about to change. So low was he that he’d sometimes wished the airplane carrying him would tumble out of the sky and bring it all to an end. After meeting his incredible black Labrador service dog Napal, he would never do so again. 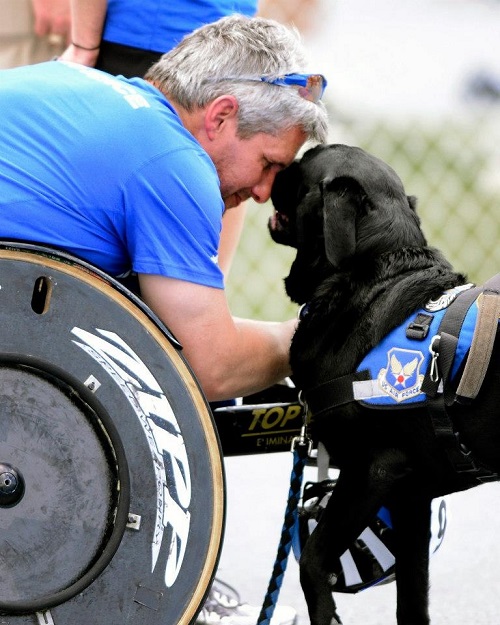 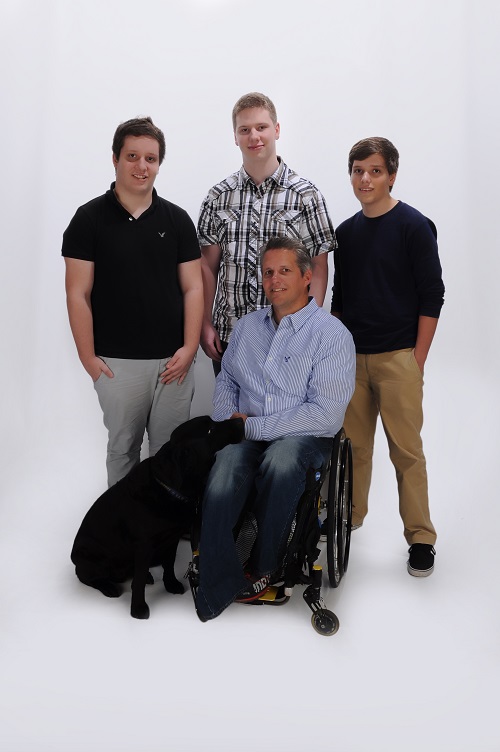 A Dog Called Hope shows how, with his dog at his side, Jason was able to conquer the pain. It is the story of how with his dog’s love to uplift him, Jason went on to qualify for the Warrior Games - the military Paralympics - and to win numerous medals, including gold. It is the story of how Jason learned to swim, scuba dive, ride horses, ski and play golf, and of how he did go on to complete a marathon. It tells of how this mesmerizing duo went on to touch and change countless lives across America and beyond, one man and his dog wowing world leaders, inner city school kids, hospital patients, business moguls, grandmothers and more. 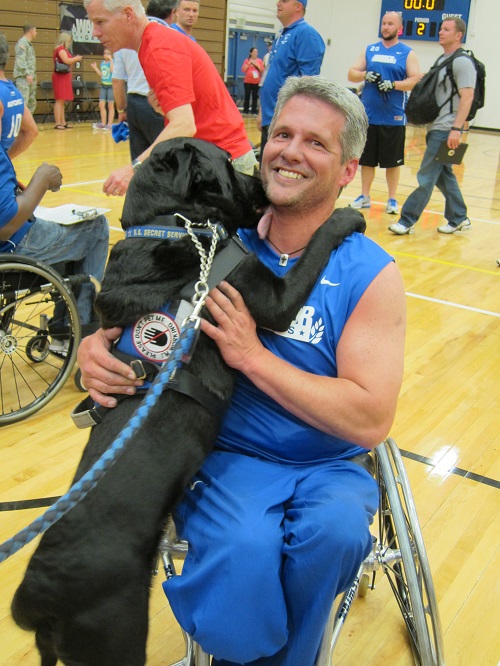 A Dog Called Hope is a story of heartfelt devotion and companionship, and a coming-of-age tale to uplift and inspire. It is the compelling and heart-warming story of how Napal enabled Jason to rebuild his life, to reconnect with his family and to find true peace against all the odds. And finally, it is the story of how one dog would sacrifice so much in order to bring his companion on a journey from the darkness to the light. Funny, inspirational and uplifting, A Dog Called Hope is a tale to brighten any day and to truly lift the heart.

K9 Magazine says: The title of this book really does say it all. It's about the hope a dog brings to his new owner and family, and the important role they can play in bringing you back to life. This book will definitely get you thinking about your own dog and the role they play in your happiness as you discover the depths of the bond between Jason and Napal. Their story is heartbreaking and hopeful all at once and we highly recommend it. 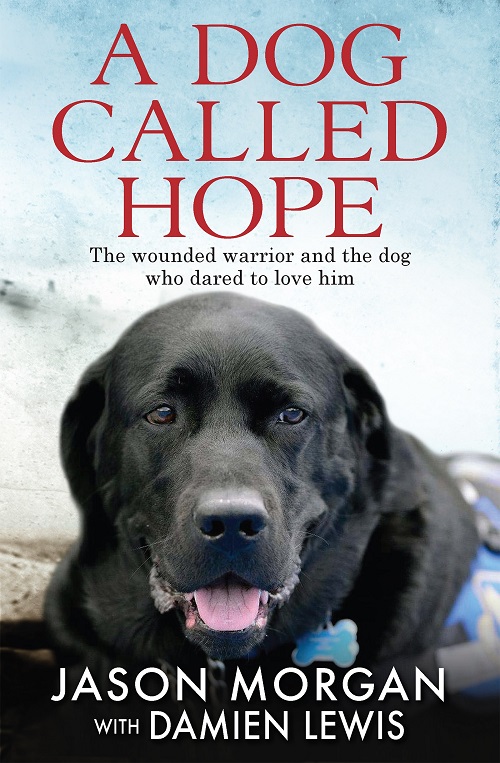 JASON MORGAN enlisted into the US Air Force in 1989 and trained to become a combat weatherman. The combat weather team is a small elite unit in the Air Force Special Operations Command. In June of 1999, Jason was deployed to South America on a counter narcotics mission while attached to the 160th SOAR (Special Operations Aviation Regiment), the famous Night Stalkers, on a mission that left him in a coma. He awoke months later, lucky to be alive but paralysed from the waist down. Soon after his injury, Morgan’s marriage ended and he went on to raise his three young boys largely by himself – with the help of a service dog from Canine Companions for Independence.

DAMIEN LEWIS’s non-fiction books and thrillers have topped bestseller lists worldwide. His books include the bestselling ‘Judy: A Dog in a Million’, and ‘It’s All About Treov’ (with Dave Heyhoe), plus the Special Forces classics ‘Operation Certain Death’, ‘Bloody Heroes’ and ‘Cobra Gold’, and the Sunday Times No. 1 bestseller ‘Zero Six Bravo’. He has raised tens of thousands of pounds for services-related charities, and several of his books are being produced as feature films.