Amanda Harrington is best known for her role as the Liverpool “IT girl” from the E4 show 'Desperate Scousewives'. Over the years Amanda has become better known for her modelling and with a strong fan base has recently released her 2015 calendar.

With lots happening for her in 2015 and with a brand new business venture on the horizon, Kim O'Meara caught up with Amanda to hear all about her favourite man and best friend, Bambi.

Bambi is a Chihuahua and he's 3 years old. I'd never had a dog before, but my friend's dog had puppies and when I saw him I fell in love with him. He's such a lovely dog with the most loving personality. He's cheeky but all he wants to do is cuddle and wants 24/7 attention. He also hates being on his own so he is like a baby. 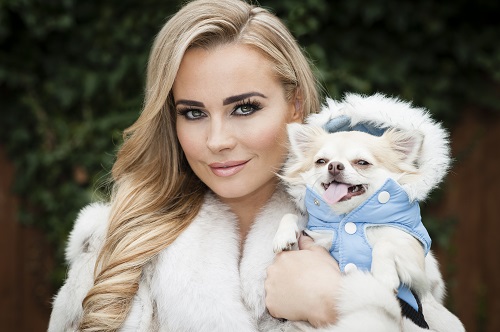 I've always liked animals and we always had cats in our family. Bambi is the first dog I've owned and I honestly wouldn't be without him for the world.

You're obviously famous in your home town of Liverpool as an "IT girl" and shot to fame across the nation through E4's 'Desperate Scousewives' as a model and single mum. Looking back on the show, what were the highs and lows for you from your time on the show?

The high points really were the experiences I had being on a show like that, which I will probably never get again, and also the close friendships that I made with some of the cast. We were like a family.

The lows are probably the online abuse from keyboard warriors that I experienced but that's the price you pay for putting yourself in the public eye! I just let it go over my head, you can't take any notice. 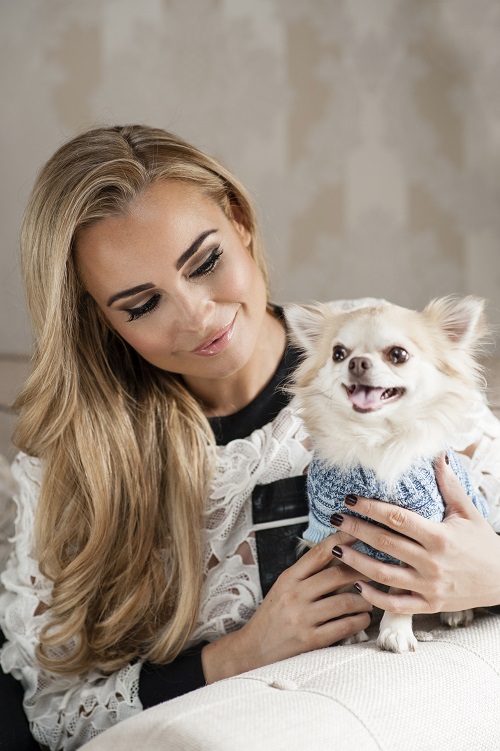 Of course before 'Desperate Scousewives' you starred in 'Glamour Girls' a TV show which went behind the scenes to look at modelling and choices made. Would you do reality TV again? If so, what show would most appeal to you?

Most definitely. I'd love to do reality again, probably Celebrity Big Brother is something which appeals most or a show about fashion.

Your most recent venture is a Liverpool health and wellness business. Tell us a little about it.

I have always had an interest in the best ways of keeping myself fit, healthy and feeling good. Last Summer a friend introduced me to an aloe vera drinking gel which was the purest in the world.

Since then I have been hooked, I drink it everyday and this helps my well-being, cleanses my skin and keeps my hair shining!

I was so impressed by the drinking gel that I started using other natural aloe vera skin and personal care products and I really believe, and see, that they're better for me.  Lots of my friends have been equally impressed by what they saw and I started to get so many people asking for products.

To be honest, I wasn't looking to launch a health business but this has naturally happened and 2015 is going to be very exciting.  I am working together with a UK leading Business Coach to develop my business which is initially launching in Liverpool. You can find out more here.

To describe me I'd say, ambitious, funny and confident. For Bambi I would say loyal, lovable and adorable. 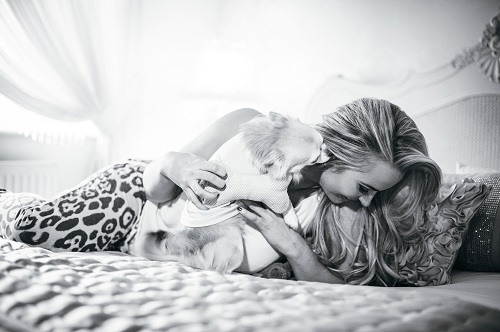 Do you have a motto that you live your life by? What would you say Bambi's motto might be?

Our mottos would have to be YOLO - you only live once.

If you were to swap roles with Bambi for a day, how do you think he'd cope being you and what would you love most about being him?

He would love to be me for a day, he's obsessed! (Laughs) he follows me everywhere and I can't even have a conversation on the phone or he gets jealous! 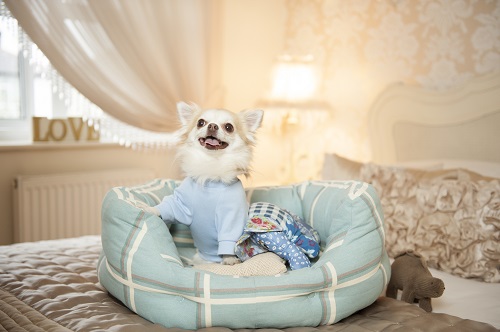 In return, I'd love to be him so I could annoy him all day (laughs) and sleep all day long.

Pamela Anderson – I think she would be a Poodle.

Mario Balotelli – I think he would be a Dobermann.

Sir Paul McCartney – I think he would be a Staffordshire Bull Terrier.

Which dogs do you prefer and why?

Big dogs or little dogs – Has to be little dogs for me. I'm very house proud and have OCD so the less mess and hairs the better.

Pedigree dogs or cross-breeds – I think for me I'd say pedigree. I think they have less problems than cross breeds.

Days off or days at work  – Definitely day working, I love to keep busy.

Describe the last time you laughed out loud because of something you saw Bambi or another dog do.

Well, he really makes me laugh on a daily basis. 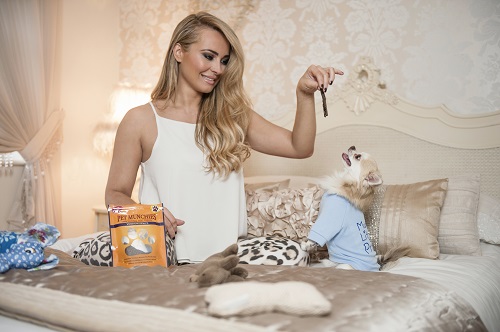 When we have a meal at the table and he sits on the other chair and makes the most bizarre noises when he wants food. It's like he's trying to talk us! Especially to my mum, she spoils him rotten.

Also, his snoring is horrendous! He snores louder than a man!

If you were arranging a dinner party and could invite anyone from any era, past or present, which three people would you invite and why?

Probably the whole Kardashian family, I'm obsessed with them all (laughs).

TV show – I love 'Keeping Up with the Kardashians'.

Album – Usher '8701' is what I'm addicted to right now. Also, 'The Miseducation of Lauryn Hill' is a favourite of mine.

Film – Most recently, 'The Wolf of Wall Street'.

Probably my OCD problem and my obsession with organisation. I write lists constantly, and each night I lie in bed and reply to every text, email, message then delete everything on my phone so I have a fresh start each day! Tidy house, tidy phone equals a tidy mind in my case! 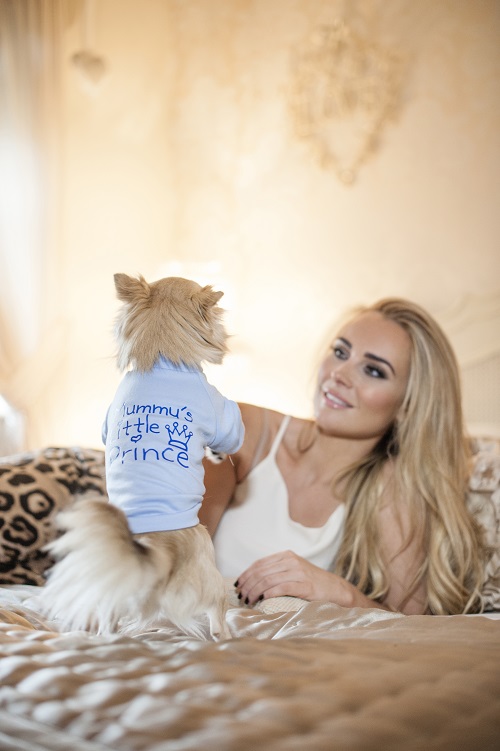 I'd like him to ask me how much I loved him.

Amanda Was Speaking With Kim O'Meara