Dog agility is not only the fastest-growing dog sport in the UK since its introduction over thirty years ago, but it has spread to all corners of the globe and its popularity shows no sign of decline.

From a five-minute entertainment slot at a horse show to a global dog-sport with tens of thousands of participants – that’s agility!

The rapid rise in popularity over the twenty-five or so years since its inception in the UK may be surprising to the casual observer but to the increasing number of participants, it is all too obvious as to why it has made such an impact. 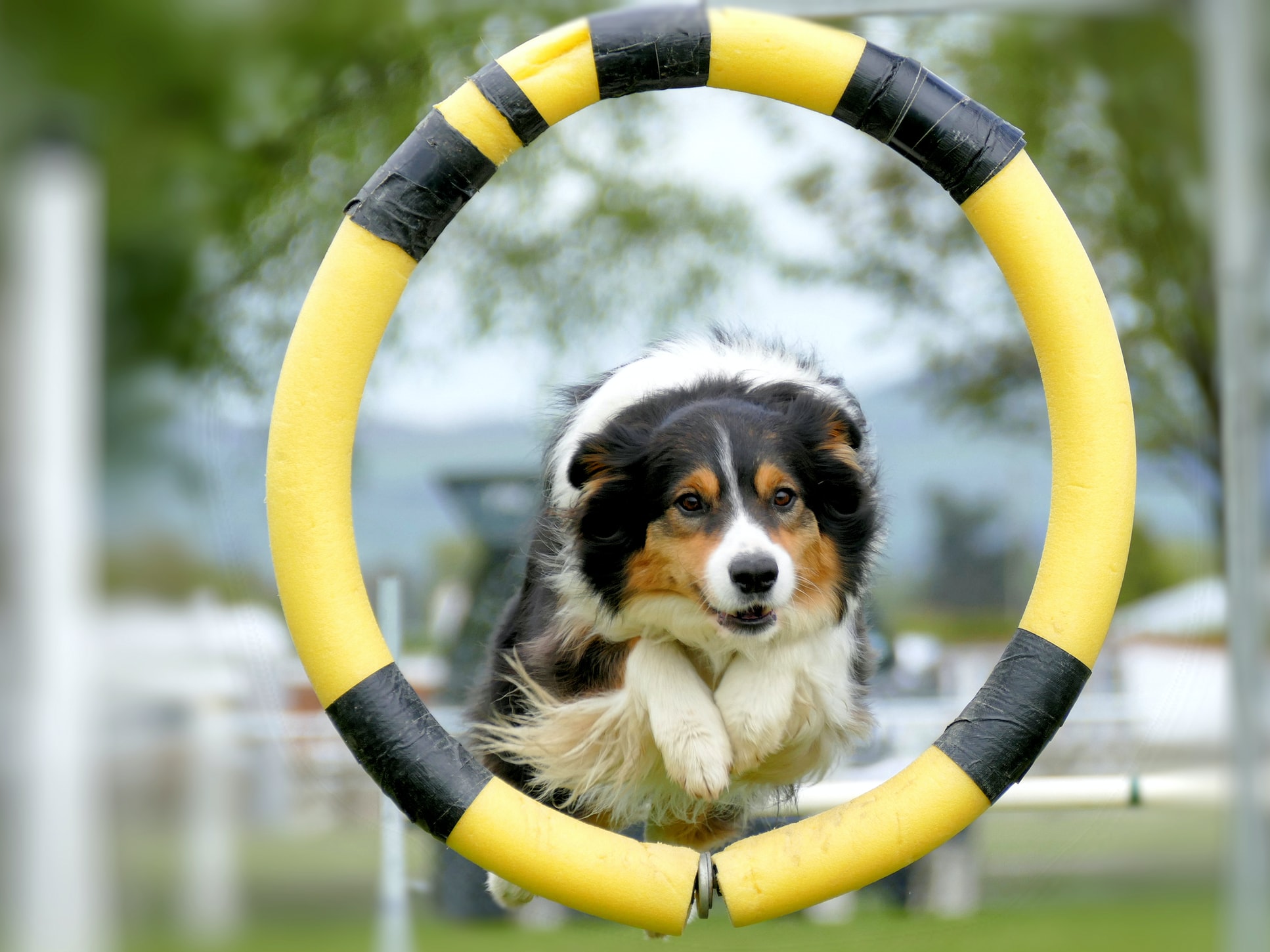 The wide appeal of the sport is easy to understand. It is amenable to all ages of handlers and to a wide variety of dogs and offers enjoyment to both, whether as a means of exercise or a competitive test. It enhances the bond between human and canine beyond pet ownership and provides a thrill of accomplishment which more sedentary canine pursuits simply can’t match.

In some ways, agility is just an extension of dog obedience training in that it requires the dog to learn tasks through the application of conditioning techniques; that is through association, repetition and stimuli response. The best results are achieved through the use of positive techniques or reward-based training.

A triumph over adversity - or just a dog being a dog?

Jake, a black Labrador cross, had an accident at six-months-old falling from a moving car. His owners were devastated, and after being immediately rushed to the vets, he underwent two days of tests.

The news wasn't good, he had severed his radial nerve and his front right paw was paralysed. After six months of tests to see if he would be able to gain some use back in his leg, sadly infection set in and a decision had to be taken to remove his leg.

As humans we look at this and try to imagine ourselves in the position of having lost a limb, would we curl up somewhere? What would our reaction be?

Perhaps this is one of the key differences between us as humans and dogs.

Jake made an amazing recovery, his owner Sue North remembers.

Her one-year-old boy, although slightly balder, was a very happy dog bounding everywhere.

Jake, or Tripod, as he was affectionately nicknamed, had adjusted his gait so that his remaining front leg, is positioned towards the middle of his body to take his body weight and the difference in him was fantastic. He could now run freely - his favourite hobby being to run into the water whenever he got the chance.

Shortly after his accident, Sue started taking Jake to hydrotherapy to build up his muscles.

Once Jake had fully recovered, the pair returned to Jake's obedience classes. And after a couple of years, Sue started entering him into open competitions.

She says, "we never actually won 1st place but did often end up in the first six, getting quite a collection of rosettes.

“In March of 2005, Jake went to Crufts to take part in the Kennel Club Good Citizen Dog Scheme Gold Award demonstration. He loved the attention it brought and really enjoyed himself, showing off his talents. He walked to heel to music with his fellow demonstrators. He even did 'send to bed', done as a race. On the last show, we all decided to cheat slightly and brought Jake's bed halfway down the run as he couldn't run as fast as the others. Sure enough, he got there first, but the delight from the audience caused Jake to practically bow to his fans thus I was unable to get him to down on his bed, alas losing the race. But it was fun. He coped admirably with all the walking and endless attention that was given to him.

Jake was doing brilliantly so I took him to agility for fun. He bounded over jumps, through tunnels, even over a small A-frame. Was there no end to Jake's abilities?” 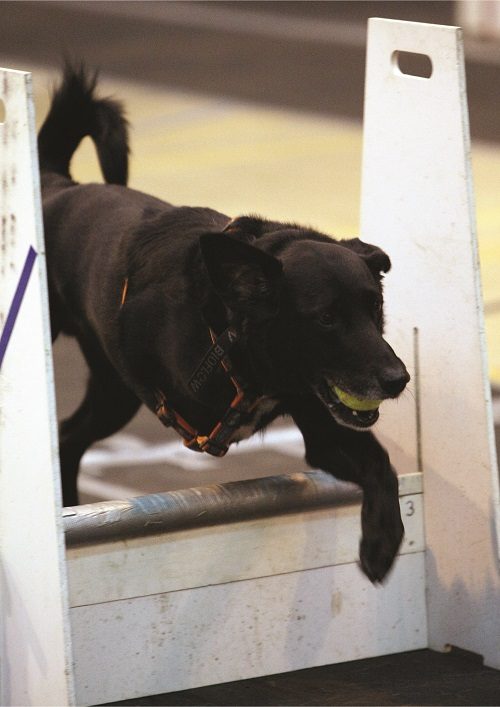 Sue continues, “At one Christmas Party, he even came home with most of the trophies, beating all his four-legged companions around the mini-courses. As Jake started to get older he appeared to be slowing down, so I retired him from his obedience and agility classes. Earlier this year Jake was really struggling to walk and we thought our beautiful boy was coming to the end. But thankfully no, it appears to have been a bruised toe on his one front leg that was causing him so much pain that he was struggling.”

But with rest and the help of a magnetic collar, he was renewed. Jake’s bounce was back, and he was so full of energy she decided to start letting him have a couple of goes in training at Flyball.

At one show Sue entered him in a starter competition. He only ran once in the morning and once in the afternoon but was the star of the show again. A suggestion was made that we could get Jake his Flyball Dog award and he was offered a place in a team which could help him achieve this.

Sue recalls, “Jake will never be the fastest dog around. But his amazing enthusiasm to join in with everything that is going on around him, and his wonderful gentle nature, has made this seven-year-old boy an absolute treasure to have. I am so proud of everything he has achieved. His courage and bravery knows no bounds. He has achieved where many humans would have given up.”

Sue hopes that by reading his story people can begin to understand that just because a dog may have a disability it doesn't hold them back. It may slow them down but their lives are still full.

As with any sport, agility has its legends and a language of its own. It is a highly social activity comprised of totally dog-minded people whose prime concern is for their dogs, not the competition. Regardless of who wins, each person always goes home with the best dog.