We're a little obsessed with discovering what the future might hold for dogs. Fifty or even thirty years ago, do you think many people would have predicted that dogs could and would be able to reliably detect cancer in humans? Probably not. But we now know they do and their powerful noses are helping us in new and meaningful ways all the time.

And it's not just domestic dogs that obsess us. We're equally intrigued by their relatives across the globe. For example, have you heard about the rarely seen 'ghost dog' that inhabits the Amazon rain forest?

The elusive short-eared medium-sized dog, known as the Atelocynus microtis or 'zorro de oreja corta' in Spanish, is one of the least studied species of wild dogs in the world - hence the nickname 'ghost dog'.

Carlos Peres, an ecology professor at the University of East Anglia, has been working in the Amazon for nearly 40 years. His longest sighting of a short-eared dog lasted about 20 seconds as it chased a spiny rat into a hollow log, adding "They’re incredibly secretive," according to the New York Times.

Historical records reveal that typically short-eared dogs extend from South-east Colombia to the central lowland of Bolivia, and from east Ecuador to Pará state in eastern Brazil, according to a new study published in the Royal Society Open Science.

For this study, four cameras were set up to track movements across 27,000 square miles in the Amazon rainforest and thanks to the efforts of 50 scientists, including Carlos Peres, we now know a little more about this reclusive wild dog, including where they live in the Amazon forest and the threat they face in just seven years time in 2027. 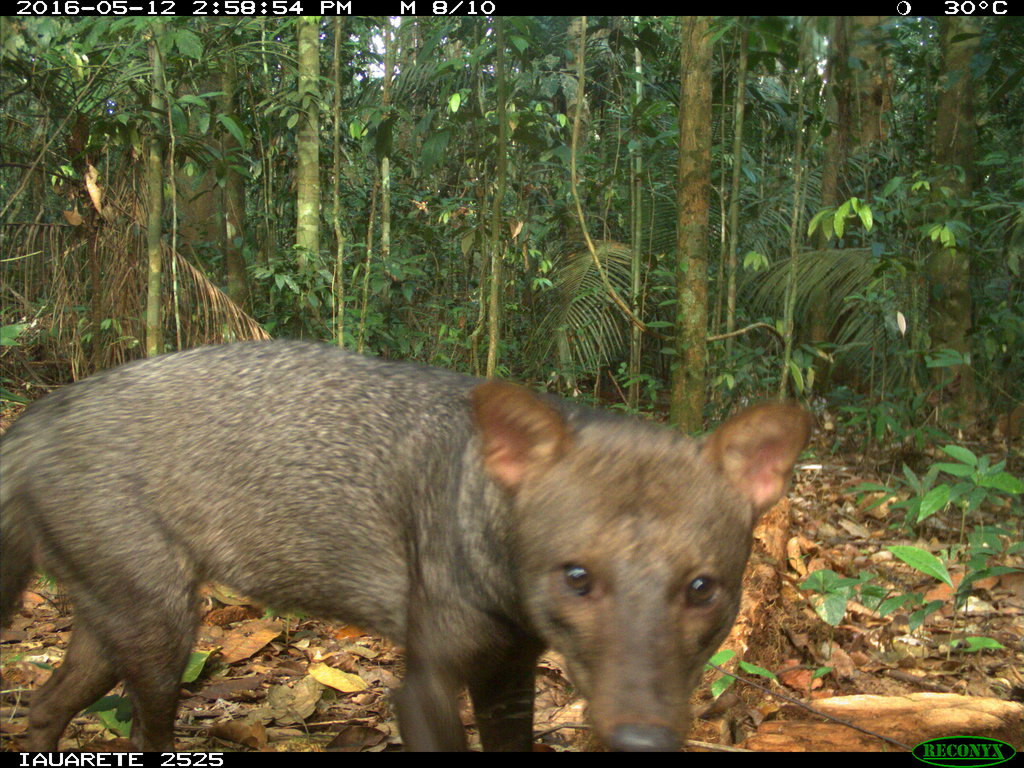 A 'ghost dogs' in the Amazon / Photo Credit: Daniel Rocha

Where do 'ghost dogs' live?

The elusive short-eared dogs (AKA 'ghost dogs') prefer to live a solitary lifestyle in forest areas and live on the right margin of the Amazon river, where the average monthly temperature is between 24 and 28°C.

'Ghost dogs' were first documented by travellers in 1883 (the illustration by St. George Mivart below was published by Alere Flammam in 1890) but they were only studied in the early 2000s when they were tracked down. 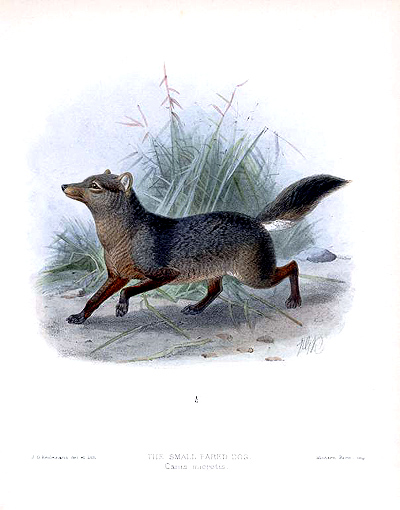 The researchers noted the dogs acted differently in regions where deforestation was widespread and they say this was also evident in other species spotted.

What do they eat?

They are omnivores and eat small river fish, insects, other small animals, as well as fruits.

Renata Leite Pitman is a researcher and veterinary who travelled to the Amazon in 2014. Pitman is quoted in Mongabay saying, "While the short-eared dog prefers meat when it can get it, it's actually a major fruit-eater."

Pitman added the "Species even plays a vital role in the Amazon ecosystem by dispersing the seeds of many key plants." 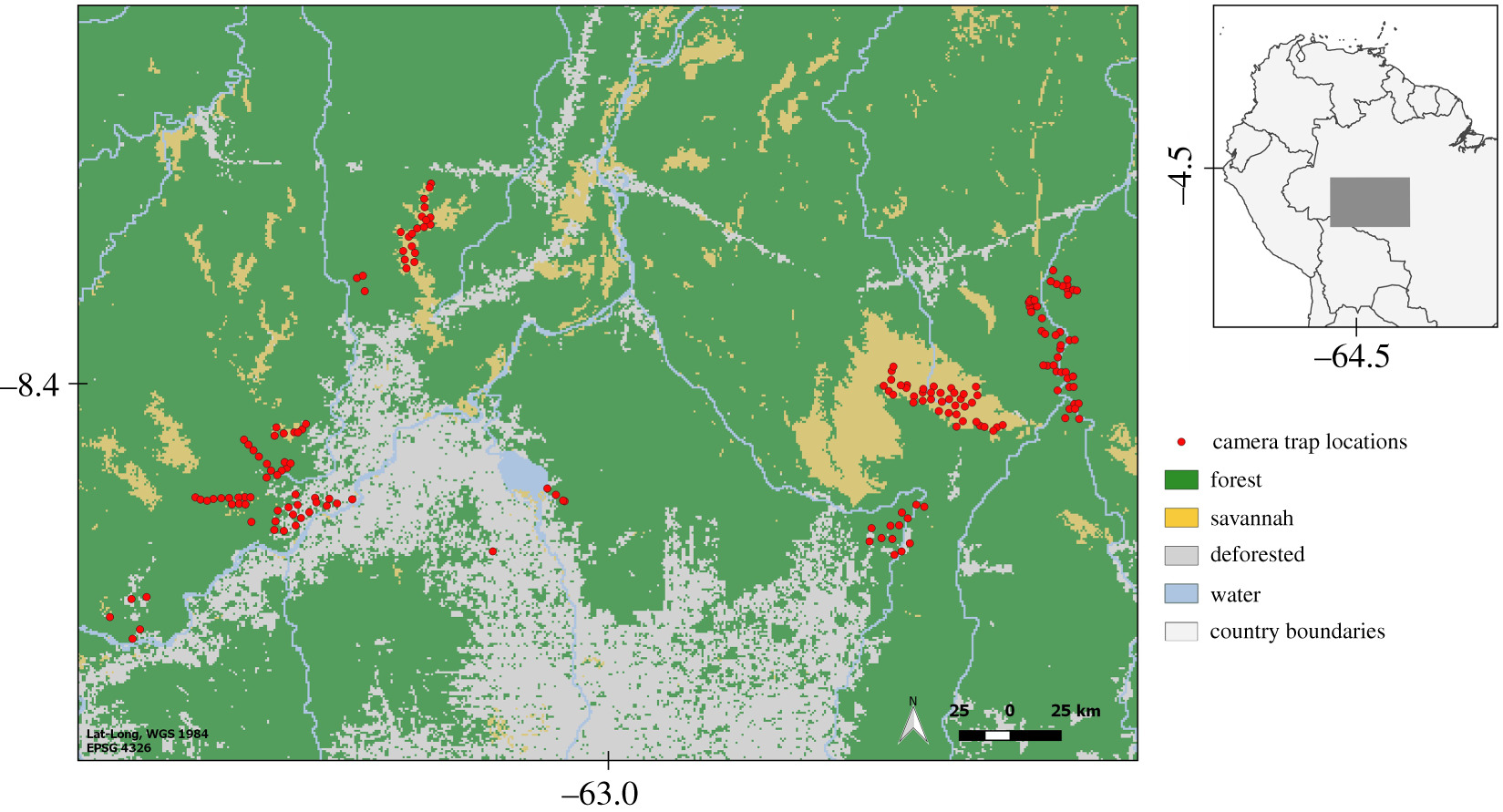 Why are they under threat?

They are considered a near-threatened species and were classified as ‘vulnerable’ in the most recent assessment in Brazil and Peru, and it is predicted that at least 30 per cent of their habitat could disappear due to deforestation. 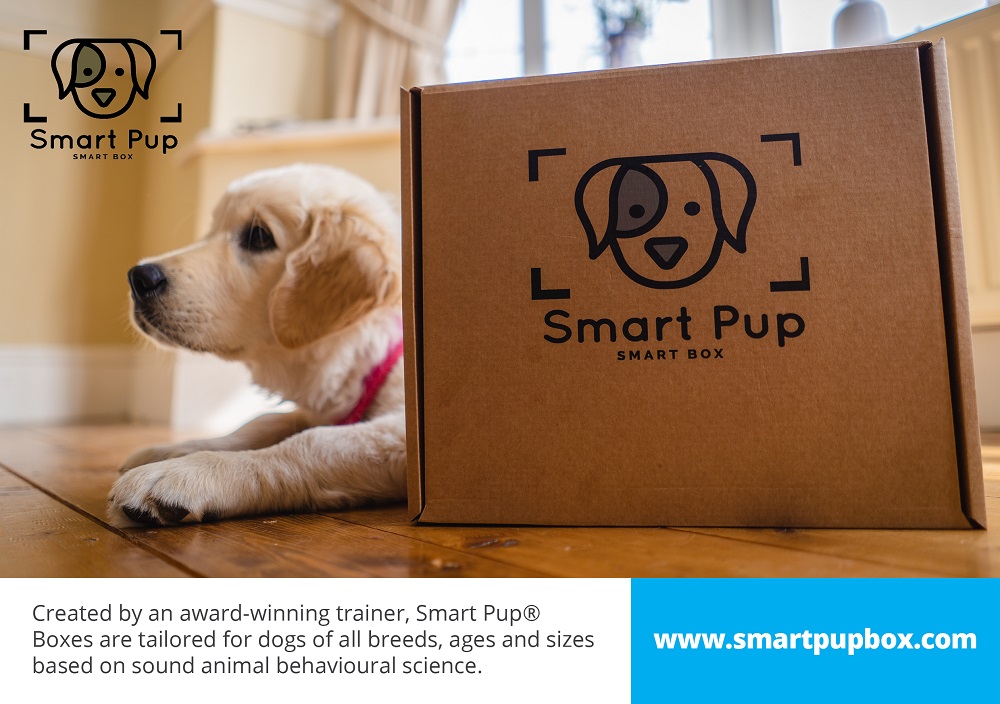 In reality, they could lose up to 40 per cent of their habitat in protected areas or even more than 60 per cent in other areas of the Amazon (those segmented by rivers). 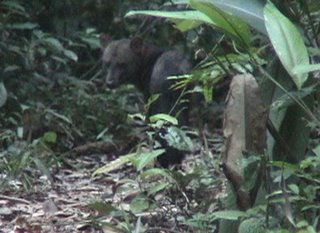 How do we know this?

It is estimated that deforestation will affect one-quarter of all mammal species in the Amazon.

This study covered the movements of short-eared dogs (and other animals) to understand how deforestation is affecting their behaviour.

It learnt that forest fragments aren’t as suitable as a habitat as a fully-fledged forest. Lush forests have a positive effect, less dense areas have a negative effect. 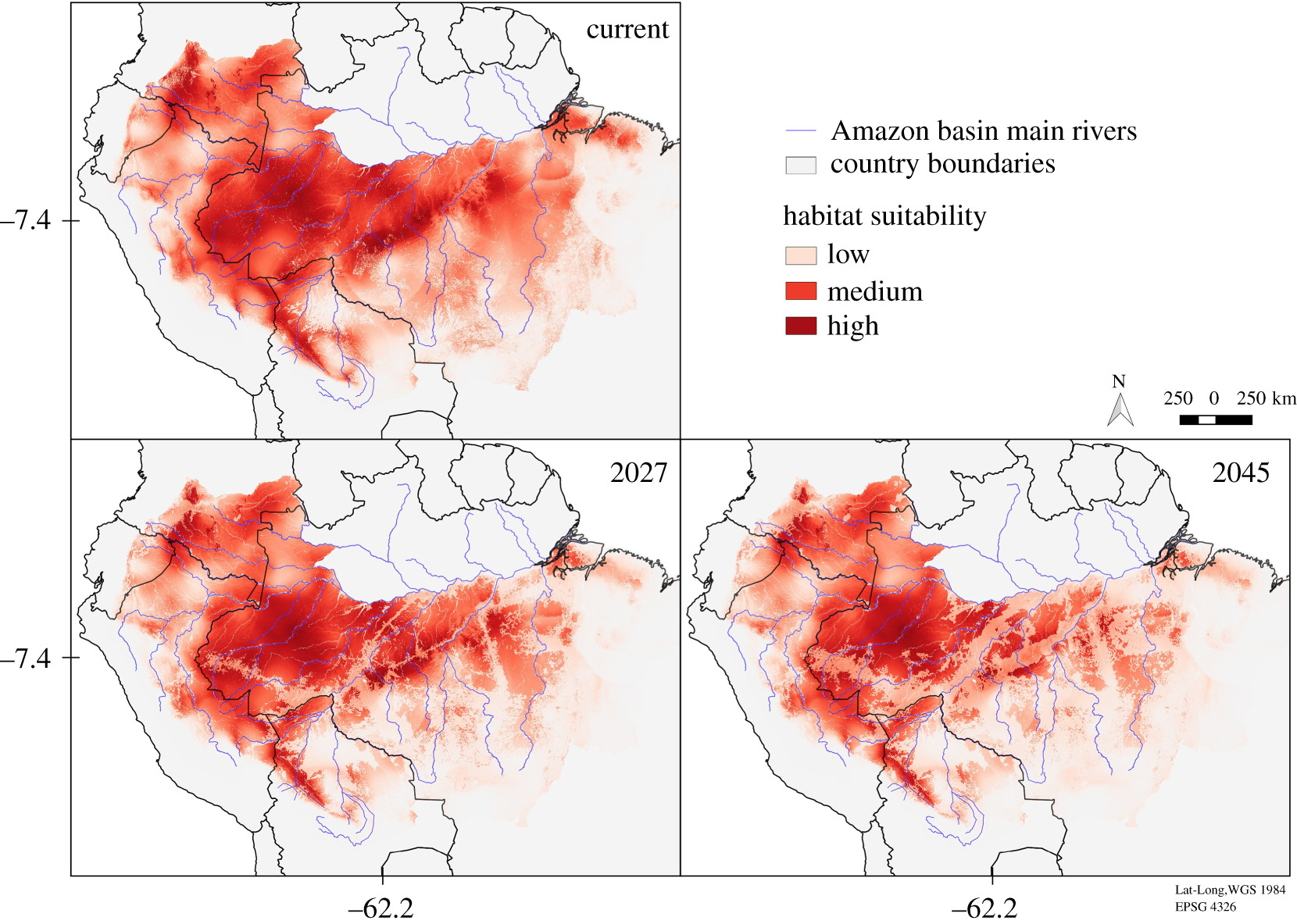 Predicted habitat suitability based on Maxent model with land cover and climate covariates, according to the deforestation Business as usual scenario for the Amazon basin, which represents three and six short-eared dog generations time into the future from the current model

What can be done to save the Amazon 'ghost dog'?

Undoubtedly, the future is bleak.

"Beyond shedding light on the ecology of the short-eared dog and refining its distribution range, our results stress that forest loss poses a serious threat to the conservation of the species in a short time frame," the team reported.

It will take political will and a commitment, locally, nationally and internationally, to save not only the 'ghost dog', but the tens of thousands of other species that call the Amazon forest home.