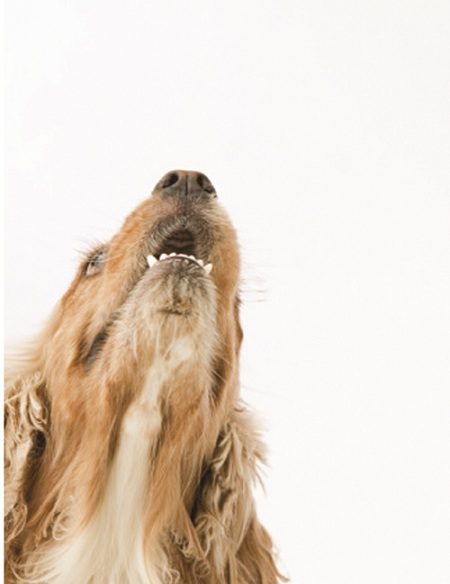 Pet insurance can be great. It means you don’t need to worry about the cost of an x-ray when you really should be worrying about your pet. But pet insurance is still insurance, so by nature it’s a financial gamble heavily weighted in favour of the provider, not the customer. Consumer money saving guru Sean O'Meara uncovers five common tricks pet insurers use and how to combat them.

This is a punitive measure used by almost all pet insurance companies. It means if you need to claim within the first 14 days of your first year policy, well, you’re out of luck. The pet insurance industry doesn’t trust you, so they think anyone claiming within 14 days has only taken out a policy because their pet is already ill.

How to combat this: The only way to mitigate this if changing policy is to start your new policy 14 days before the old one runs out. That way you’re covered by at least one policy. It shouldn’t be a problem however, if you’re simply renewing an existing policy.

There was something of a controversy last year when Lloyds TSB and Halifax just decided they didn’t fancy issuing pet insurance any more. The problem was, pet insurance wasn’t as profitable as they’d hoped, so they decided to withdraw. Which would have been fine, had they not signed lots of people up to “lifetime policies.” If ever the phrase “terms and conditions apply” was crucial, it’s when an insurance company promises you lifetime cover. Both insurers fell back on their policy terms and conditions, which meant people who’d paid a higher rate for lifetime cover were left without any cover at all.

How to combat this: Always read the small print and if something looks too good to be true, it probably is. If you’ve had pet insurance cancelled on you, you might be able to claim compensation.

This crafty trick is written into most policies. You think your dog is covered when it gets ill, but only sort of. Whatever you claim for is subject to the restrictions of annual cover. So treatment for cancer can only feasibly be covered for a maximum of 12 months. When you come to renew, that illness automatically becomes a pre-existing condition.

How to combat this: You’ll need to pay excess for claiming twice for the same condition within a 12-month period. You can balance the risk by paying a higher monthly premium in return for lower excess.

You’d probably think this is fair enough. Otherwise you’d just wait for your dog to get ill before taking out insurance. However, the term “pre-existing conditions” is typically defined as “any condition or symptoms or signs of injury, illness or disease, occurring or existing in any form prior to the start of this insurance.” That means, even if your vet finds something they don’t think is serious enough to treat, your insurance won’t pay for it in future. Essentially, your insurer will make you pay if your vet misses something or decides it is best treated at a later date.

How to combat this: Make sure your vet is on the ball. It’s easy to settle for a vet, but you should always shop around to find a good one.

It stands to reason that you get the most value from having pet insurance when your dog is old and is likely to suffer from more health problems. But the pet insurance industry knows this. When your dog hits the pre-determined trigger age for its breed, your premium may just shoot through the roof. That’s because your insurer wants to try and price you out of using its products, because they now deem your pet to be too high a financial risk. So they’ll lure you in when you’re unlikely to claim and then drive you away when you’re most likely to need them.

How to combat this: It’s cheap to insure a young, healthy dog. So while you’re saving money, why not put some aside to “self-insure” for the future. Instead of paying for big premiums when your dog is old, pay for the treatments yourself with the money you’ve saved.

Sean O'Meara is editor of Watchmywallet.co.uk.