Canine communication is not as complex as you may think. And it is key to a successful relationship with any dog. Despite centuries of domestication, we’re never going to fully bring the dog around to our way of thinking - this would be impossible, dogs are dogs, after all. What we sometimes fail to appreciate as dog owners is that when our dogs pose us behavioural problems, it is in our power to solve them.

Samantha Browne has trained under Jan Fennell’s International Dog Listener scheme and understands more than many, the importance of communication. The two way dialogue that enables a dog to understand you and enables you to demonstrate your understanding of him.

This is her story.

I am a Jan Fennell International Dog Listener using the Amichien Bonding ® method. It is a very natural way of communicating with your dog. Ironically because of the simplicity of Amichien Bonding ® my biggest challenge is re-educating people. Almost everyone seems desperate to force dogs to behave and there is an array of gadgets in order to accomplish this. As we strive to gain control of our dogs we are breaking down one of the oldest bonds know to man kind. Wolves and people came together in order to survive.

The wolves’ superior senses, speed and strength combined with our intelligence created a formidable team. We were better at hunting, keeping warm and protecting each other. And of course we became companions. So where did we start to loose the communication that fused this age old partnership? We are rapidly breaking the trust between ourselves and man's best friend.

There is a better way.

I had the chance to go to South Africa and volunteer for the Midrand SPCA. That was when I found Cerberus. I don’t think I will ever be able to explain what made me stop next to him after walking past about 50 other dogs. I just felt a connection. He was displaying amazingly aggressive behaviour. I knew I was his only chance for survival. My fears were confirmed when I was told that because of his behaviour he only had 24 hours to live. I managed to buy him more time. I think it was curiosity and seeing me prove myself that gave Cerberus and me this chance.

The first day I stood next to him for 2 hours completely ignoring him, waiting for him to stop barking at me. The message here was simple “I am no threat to you, but I am also not threatened by you”. This showed him two vital qualities that a leader would possess. All he needed was time. I was confident that Cerberus would reform his behaviour. Any dog will, with the right communication. 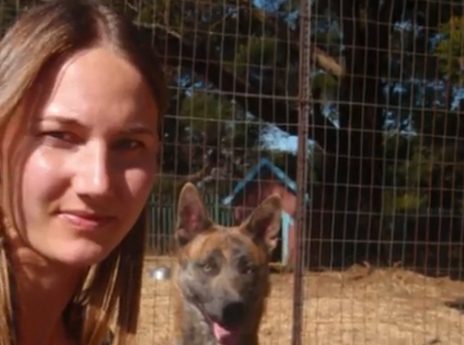 Although some may think I had a mammoth task at hand, it is not the dog that is my main challenge, it is people. I decided that the best way to win people's trust was to lead by example. I didn't try to tell the others what to do. If I was asked I would tell them, but I didn’t want to preach to people that had been working with dogs for a lot longer than me. Cerberus’ life depended on me so I wasn't about to get people's defences up.

Then the break through came. I went in with him after just 2 days of standing by him. Cerberus had been at the SPCA for a month and no one had been in with him with out being armed with a catch pole or hose. We were in a large pen, when the most amazing thing happened. I was sitting a few metres away. Cerberus saw some men walk past. To him this was a threat; he would usually choose fight as a way to defend himself. What happened next took my breath away. He turned towards me; put his head down below mine with his ears back, both clear signs that he was showing me respect. Then he simply ran behind me.

This action meant so much. He trusted that I could protect him and make the decision in a threatening situation. To get this trust I hadn’t once given him eye contact or food, never spoken a single word, never tried to go towards him or touch him. But he understood what I was communicating. He had decided on his own accord that in this world that he doesn’t understand, I could lead him.

Within 6 days I had won over the SPCA. I fostered Cerberus and I knew I would never be taking him back for re-homing. With my guidance he went from strength to strength. His journey is now continuing in England. 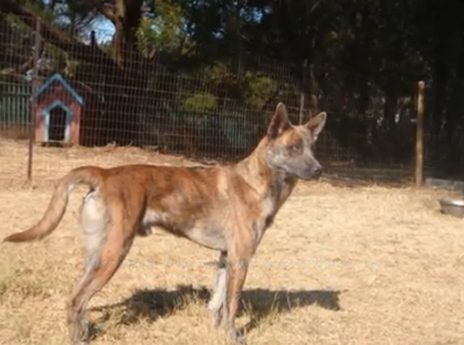 There are many reasons why I do my job, but above all it is for all the dogs like Cerberus out there. Misunderstood dogs that society has given up on. If we are the intelligent species it is our responsibility to learn to communicate with dogs in a way that they understand. It is my job to teach people this forgotten language and re-new the bond between us and our dogs.

Have you ever overcome a dog's fear using communication? We'd love to hear your own Real Life stories!