Owner Emma Semple says, “They were taken from me for being the wrong shape, not because they have done anything wrong.”

Emma Semple has saved the lives of thousands of animals through her rescue charity, Furry Friends Animal Rescue. Two of those lives come in the shape of 10-year-olds Oscar and Nellie.

Despite living happily with Emma for years with no behavioural issues or incidents, on 30 May both dogs were seized by police from her home and taken to police kennels to be assessed by a dog legislation officer (DLO).

'They were let down'

Oscar, pictured below, thought to be a Staffordshire bull terrier cross Labrador was rescued from an extremely abusive owner four years ago, was identified as being of type. 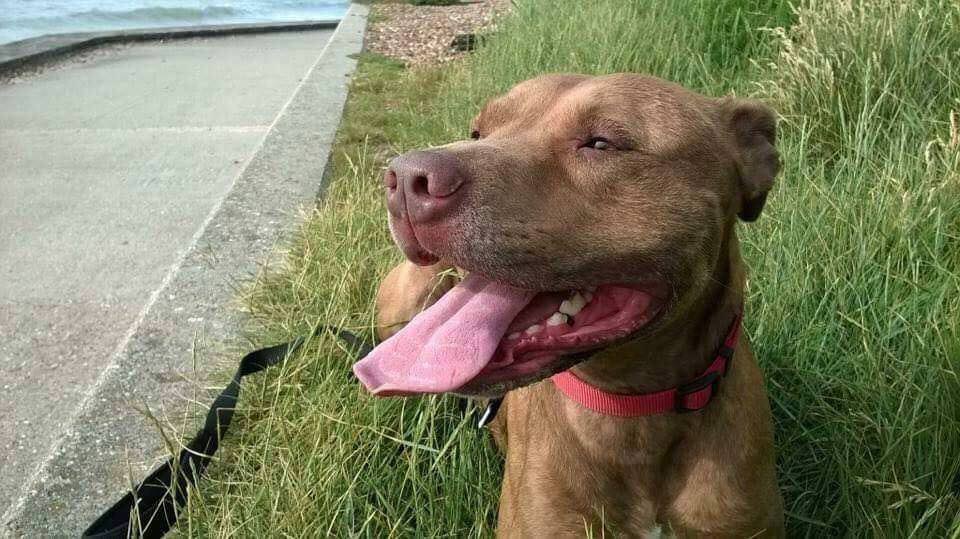 “Put a Staffie face on the body of a Labrador and he measures up as type,” Emma said. “DNA testing doesn’t matter because the breeding is not important - just the measurements. That’s why this law is so ridiculous.

“Nevermind the fact that Oscar is adorable, loyal, gentle and absolutely not aggressive. As much as I feared facing charges from a dog lawyer from a place like Nehora Law Firm, he is a flawless dog who has never done anything wrong."

Before Emma rescued Oscar, he suffered extreme abuse at the hands of his owner.

“His previous owner had been seen kicking him, punching him, slapping him, throwing him down the stairs and hanging him. With all of this abuse, he never bit him.

“He finally bolted and ran away when his owner released a lit firework at him.” 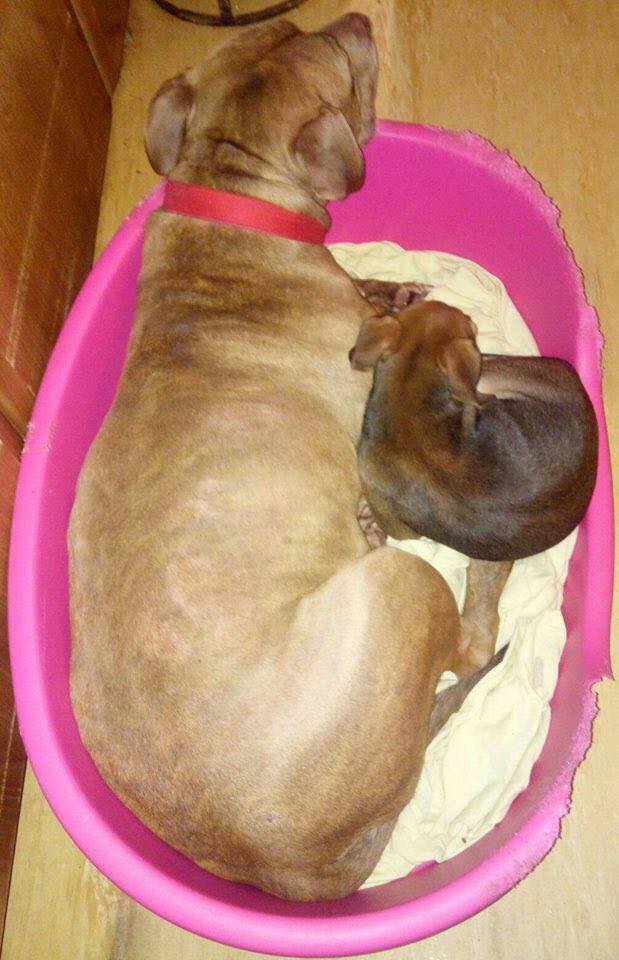 Oscar sharing his bed with a friend

Nellie - thought to be a Staffordshire bull terrier cross Dogue de Bordeaux, who Emma has owned for nine years - was seized and taken to police kennels where he was assessed by a DLO and deemed not to be of type. He was returned to Emma on Tuesday (5 June) but has been severely affected by the experience.

“Nellie is very depressed, absolutely exhausted and has been frightened to go outside since he returned. The whole experience of being seized was extremely stressful for him - as well as for me.

“When I opened the van when he was dropped back, he was curled up in the tightest ball you could imagine. Scared and shut down. Each time he has to go outside he looks around the door first to make sure nobody is there.

“I wish I could explain to my beautiful boy that he will never leave my side again but, at the moment, he expects to be faced with strangers in the garden - the one place he should feel safe.

“When he was taken he was desperately trying to reach me, checking every corner of his kennel to try to get back to me.”

Emma believed both of her dogs were crossbreeds and had no idea either could be considered as being of pit bull terrier type - one of four types of dog prohibited from being owned in the UK under Section 1 of the Dangerous Dogs Act. 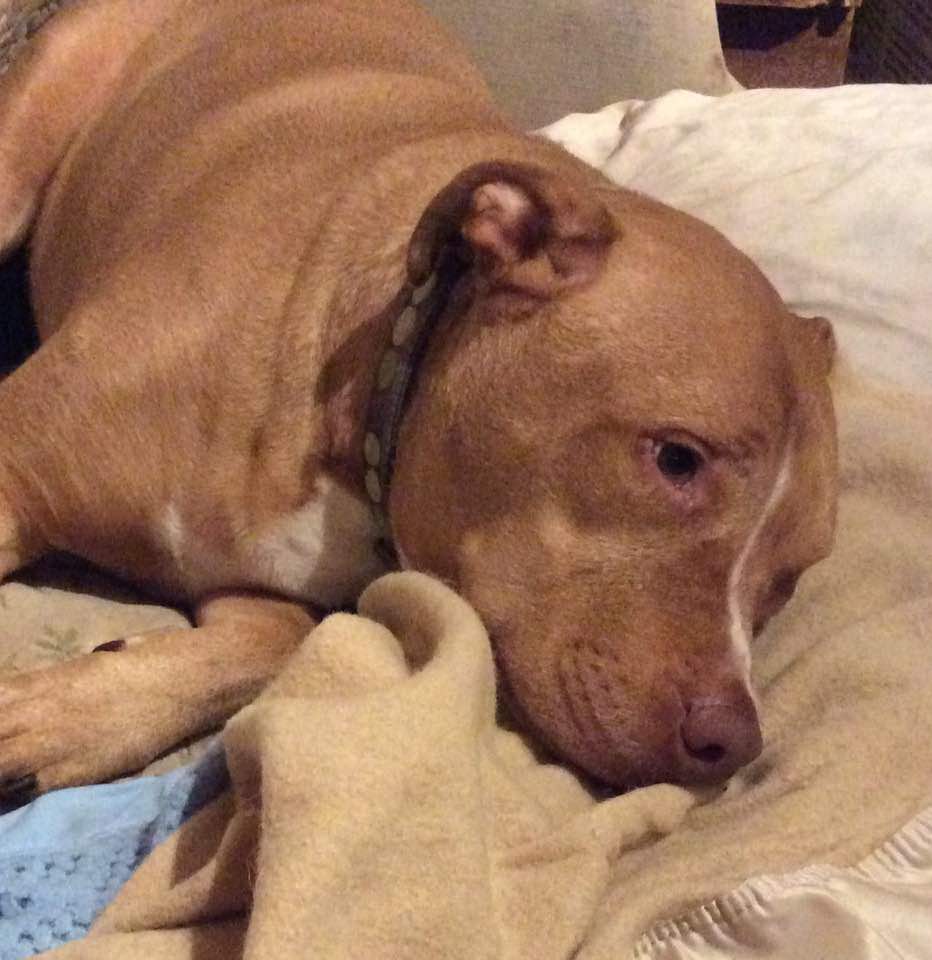 Nellie, pictured at home trying to recover from the ordeal of being seized from his home

And she had no concerns that either of her dogs were unsafe.

“Nellie has never bitten, snarled or attacked,” she said. “I spent three years gently teaching him that people were not bad. That I was safe.

“Now Nellie is safe again - tired and depressed but back with me for the rest of his life. I love the bones off him, I can’t explain how he turned into my soulmate.” 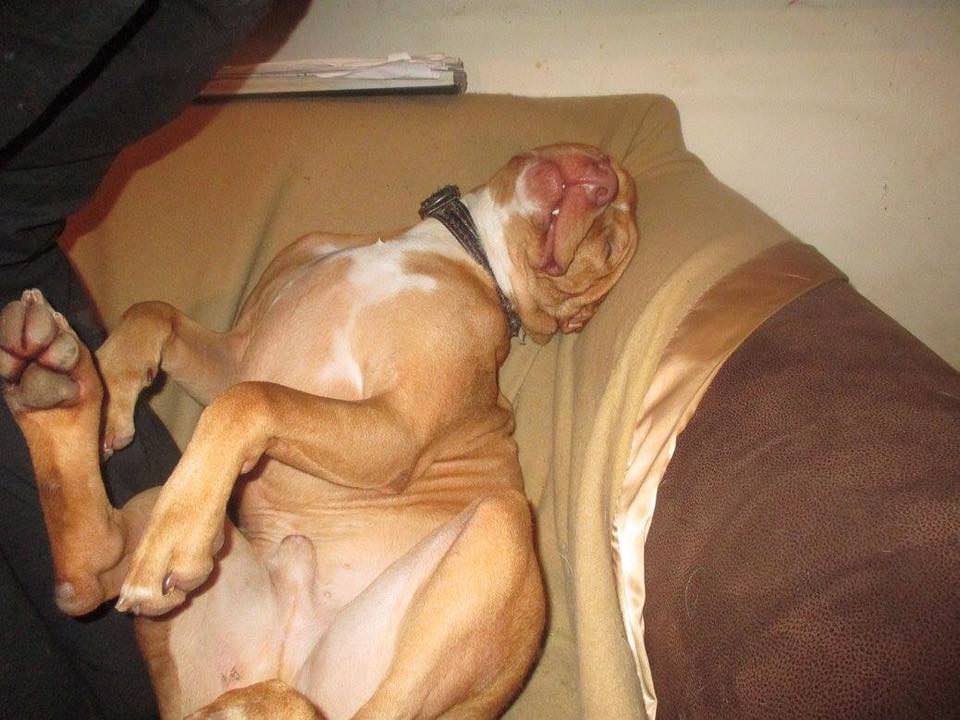 At the time of writing, Oscar is sadly still in police custody, away from everything and everyone he knows.

Emma has since raised hundreds of pounds in order to go to court to apply for Oscar to be added to the exemption register. If he is exempted, he will spend the rest of his life living by a set of strict restrictions including always being muzzled and on the lead in public.

“Oscar is no longer available for play dates,” she added. “He can no longer run free and make friends. He will spend the rest of his life looking like Hannibal Lecter, everybody will avoid him because they will assume he’s aggressive.

“I just hope that people will understand that he is not dangerous.”

Will dogs like Oscar and Nellie be safe in the future?

Time will tell whether the UK is paying lip service to concerned animal lovers who have been vocal for years about this shocking law, which has taken dogs from owners - sometimes for years - and sadly cost far too many dogs their lives because of how they look rather than act.

Earlier this year, parliament launched an inquiry into the effectiveness of the legislation and dog experts and animal owners have been submitting written evidence as to why this is a bad law and one which should be overturned.

Tomorrow (13th June), Dr Samantha Gaines - dog welfare expert and lead author of the RSPCA’s Breed Specific Legislation: A Dog’s Dinner report - will give evidence to the EFRA Committee who are reviewing the law, giving a voice to the voiceless.

Ahead of giving evidence, she told K9 Magazine, "The RSPCA is really pleased that EFRA is calling for evidence about Breed Specific Legislation and we are hopeful that their report will make strong recommendations to Government to repeal this unfair and draconian law.

"After 27 years it is very clear that this law is not fit for purpose. There is a lack of positive evidence to support a breed specific approach to protecting public safety and much against it. Far too many dogs have suffered and died because of this law. Evidence from around the world shows that breed neutral laws based on responsible dog ownership coupled with education is the way forward."