When you smile at your dog you set off a chain reaction in their body fuelled by the so-called 'love hormone' oxytocin.

A new study has found that smiling directly at your dog makes the dog feel warm and fuzzy, much the same as humans do when someone smiles at us.

Oxytocin is the hormone we secrete when we feel a strong sense of emotional warmth toward someone or something. When we smile at our dog and they respond positively to us it creates a mutual oxytocin release that makes us both happy. 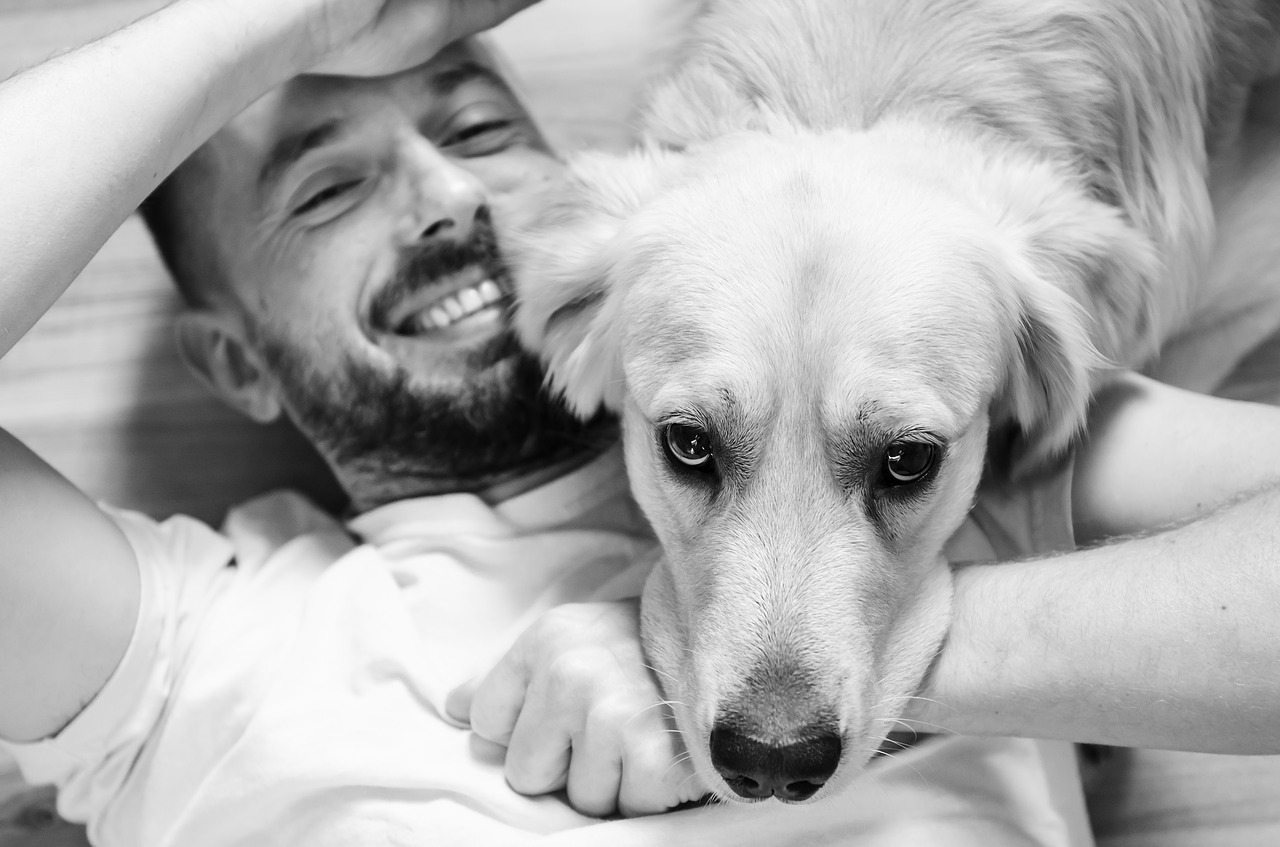 The researchers who carried out the study administered oxytocin to dogs then used eye tracking systems to examine changes in the dogs' pupils.

We know that pupil size changes when we experience moments of great pleasure, pain, distress or sensitivity. In addition, the scientists examined which type of faces dogs would prefer to look at for longer - a smiling face or a non smiling face. And, you guessed it, our canine pals fixed their gaze for longer on the smiling faces.

The researchers administered oxytocin nasally to the dogs, and, using an eye-tracking device, they examined both the size of the dogs' pupils as well as the direction of their gaze.

When being confronted with an angry human face, dogs who had not been given oxytocin responded emotionally with signs of distress and their response to angry faces was more pronounced than their response to smiling faces. But when given oxytocin the dogs were less agitated by the angry faces and more emotionally responsive to the smiling faces - a little bit like how we might cope with negative events when we're already in a good mood versus how we cope with bad news when we're in a 'neutral' state of mind.

What this study allows us to conclude is that simply smiling at our dogs makes them happy via the same chemical we produce when we're feeling love.

So smile at your dog every day and they'll, quite literally, love it.

What is oxytocin & what does it do?

Oxytocin is a powerful hormone that acts as a neurotransmitter in the brain. It regulates social interaction and sexual reproduction, playing a role in behaviours from maternal-infant bonding and milk release to empathy, generosity, and orgasm. When we hug or kiss a loved one, oxytocin levels increase; hence, oxytocin is often called "the love hormone." In fact, the hormone plays a huge role in all pair bonding. The hormone is greatly stimulated during sex, birth, and breastfeeding. Oxytocin is the hormone that underlies trust. It is also an antidote to depressive feelings.

For all its positivity, however, oxytocin has a dark side. Or, more accurately, it plays a more complex role in human behaviour than is commonly thought. As a facilitator of bonding among those who share similar characteristics, the hormone fosters distinctions between in-group and out-group members, and sets in motion favouritism toward in-group members and prejudice against those in out-groups. (source)

A dog is more likely to get adopted if they have a particular type of facial expression?

Ever seen pictures of videos of dogs seemingly engaged in a wide grinned smile? They look so happy don't they! Well, they're probably not. Often referred to by dog behaviour and dog body language experts as 'the stress grin', we humans have a habit of anthropomorphising our dogs - meaning we ascribe human traits and behaviours to them which are often inaccurate. Sure, the dog may be smiling but it would be a mistake to interpret that smile as meaning the dog was happy.