With an exciting first year on the show behind her, Kim O'Meara caught up with Sophie to hear about what's next for Lindsey and find out all about her current leading man - her dog, Mitch!

Tell us about your dog - we'd like to know everything him!

Mitch is a 2 ½ year old Border Terrier, he's our family dog and he's just a brilliant little boy. He's just such a lively little man – he's so intelligent and mischievous. We've had him since he was a puppy and we all fell in love with him as soon as we met him.

He's my step-dad's best friend and goes everywhere with him. He has a business restoring motorbikes and cars and everyone knows who Mitch is, he's like lord of the land there!

He's so clever he picks things up so quickly and he's massively into cuddles. He's so funny, he loves sitting watching TV with you. He loves to nap as well, just like the rest of the family. He's just brilliant. 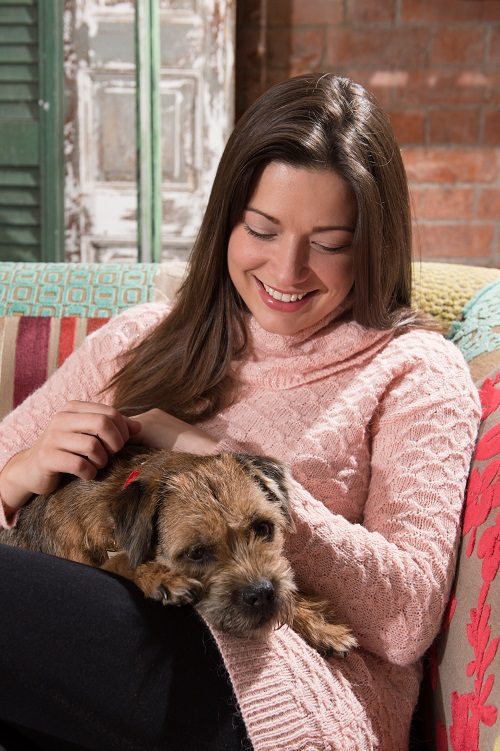 Has your family always owned dogs?

Yes, we had Meg, a Cocker Spaniel growing up and my nan used to have Collies. My sister had Rottweilers, Buster and Tia, so we've always had dogs as part of the family.

I think with my sisters Rottweilers especially people can be scared of the breed but they're really soppy cuddle fiends.

We were always brought up to respect dogs and take care so that you don't let them be scared, but so that you respect them and remember a dog is an animal with instincts so you take care of them to keep them happy and secure.

I would love to have my own dog here but it's brilliant to have Mitch as part of our family. It just wouldn't be fair to have my own dog here with the hours I work and I'm passionate about the fact 'a dog isn't just for Christmas', it's become a well known saying but I find it amazing that people still get a dog and don't keep that commitment.

It was amazing when you brought dogs on set a few months ago as part of National Dog Adoption Month and we met Cole and Jasper.

I have such strong opinions when it comes to this sort of thing, but Mitch has a fantastic home and my boyfriend Graham's mum is a Corgi and Labrador breeder and I love going to see her. She has eight dogs and they have an amazing life, like Mitch, and I want that for all dogs. I think it's so sad when dogs are mistreated, they don't have their own voice, so we need to do it for them.

Your character Lindsey Butterfield only appeared on screens last Summer but it feels longer (in a good way!) because of how many crucial story lines she's been involved in. From the drama with Dr. Browning to being at the heart of a love triangle with Joe (fiancé) and brother Freddie. What's next?

Well, Lindsey has the whole Freddie/Lindsey storyline going on and in the weeks ahead she finds out what happened to Joe and being pregnant with Joe's baby so she has to battle with her emotions. At the same time she still has the Dr. Browning murder storyline going on, so she has both issues to deal with.

She's never kept quiet though but I'd love to see more of a smile from her in the near future though.

It's great fun playing Lindsey though, I think when you play someone like her you realise how much you've invested in her as a character and it's funny how you'll find yourself defending her actions. My mum was making a comment about something she'd done a few weeks ago and I was like 'yeah, but...' and then you realise afterwards it's not logical thinking. I think I'm invested in her as much as her fans.

I don't think it's going to get easier for Lindsey any time soon though.

Sum up Lindsey in 3 words.

The show is brilliant for bringing original characters back from time to time so viewers can keep up to date with their favourites. Where would you like to see Lindsey in say, 5 years time?

I'd love it if Lindsey's family came into it to give her a different dynamic building relationships with the two girls. I'd also really love it if she could have a love interest and maybe something so we could see a darker side to her.

Lindsey is such a stable character in that it's great to be able to play with her emotions quite a lot. Our writers are amazing though, I'm happy to have anything thrown at me!

You have some huge story lines coming up which must be exciting but also hard work. How do you wind down after a long day on set?

It sounds quite boring though but the biggest thing is going to the gym for a run, I find it clears my head and I don't think about anything.

I know it sounds sad but I'm one of a few girls at work who love a puzzle. I also love reading and seeing my friends and family, my hours can be quite heavy so I'm so lucky they'll come and see me. I do as much chilling out without having to think too much in my down time.

Do you have a motto that you live your life by? What would you say Mitch's motto might be?

(Laughs) I'm not sure I can say mine word for word. My mum always told me that 'everyone's had a journey so not too be too hard with people'. You don't know what stuff they've had going on.

Mitch is such a chilled guy, I think his would be 'don't worry, be happy'. 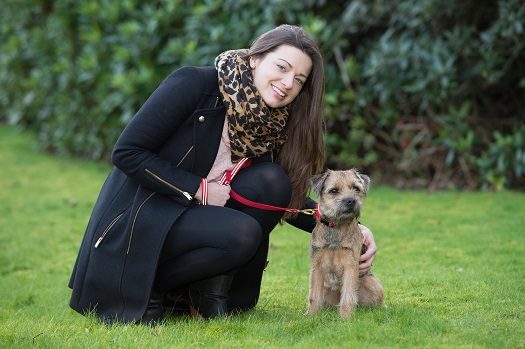 If Mitch were a soap character, who do you think he would be and why?

I think he'd be a Roscoe boy from Hollyoaks, maybe Jason. He's chilled, loyal and always up for some fun.

Anna Passey (plays Sienna Blake on Hollyoaks) – (Laughs) Anna is one of my best friends, I think I'd probably picture her as a Labrador. She's playful and loyal, and as puppies they have loads of fun.

Ricky Gervais – I think he'd probably be a Jack Russell Terrier. He's cheeky isn't he, and you never know what's next.

Stephanie Davis (plays Sinead O'Connor on Hollyoaks)  – Oh, well she's hyperactive and lots of fun as well as very playful. I think she'd be a petite Terrier type. She'd play all of the time and has loads of energy. She's always on a high and very fun to be around.

Big dogs or little dogs – I love all sizes to be honest. I love a dog with character and they all have characters you can fall in love with. Every dog we've had has been so different.

Pedigree dogs or cross-breeds – No preference, I've fallen in love with every dog I've met because of their character.

Handbags or shoes – Oh, do I have to choose?! This is a tough one but I'd probably pick shoes if I had to. You can rule the world with a good pair of shoes.

Describe the last time you laughed out loud because of something you saw Mitch or another dog do.

I'd choose Kylie Platt from 'Corrie' because she's my best mate in real life and I think her character is pretty cool. I'd choose Alexis Carrington from 'Dynasty' (played by Joan Collins) just because I love the outfits and I think she's brilliant at playing the bitch, she's great.

I'd also choose Nana McQueen from 'Hollyoaks' because I think she'd cook a really good meal and she's be a lot of fun.

TV show – Obviously 'Hollyoaks', I watch because it's great to see story lines unfold for a lot of my friends. I also love, love, love 'New Girl' with  Zooey Deschanel and have just started watching 'Girls' as well.

Book – I'm just reading 'The Secret Keeper' by Kate Morton. I love anything she writes, I think she's such a great writer the way she switches to different periods. I also really enjoyed Goldie Hawn's autobiography, that was really great.

Album – I'm a little behind the times but I've just gotten into Jake Bugg. I also really like R&B and soul music so I really like Maxwell.

Youtube video –  I'm really into thrillers and ghosts so someone at work showed me this video where you have to spot if you see a blip coming out of the room. I'm also a bit obsessed with Beyonce's grammy performance so keep watching that.

I think it's the constant reward you get from them, they're so much fun. It brings the whole family together and if you're upset or stressed, there's always someone there to give you unconditional love wagging their tail.

Finish the following sentence, my dog is...the best thing that's happened to us!

And finally, this is always a tough question and often requires a fair degree of thinking time but….If Mitch had the ability to speak and answer one question and one question only, what would you ask him and what do you think that he would say?

We don't need a Dyson, we've got Mitch. My mum always says he barks at the hoover or anything that cleans, and I don't think it's the noise he's bothered by, I think it's that they're sweeping up the crumbs. 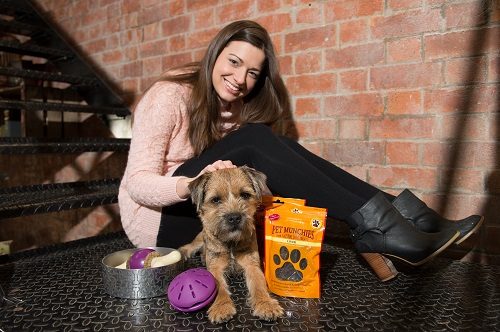 And last but not least, Stackphotography.