I’ll start by introducing myself. My name’s Socrates (Soc to you), and some of you might have read my story in last month’s edition of K9 Magazine. Let me fill you in if you didn’t.

I’ve been living in London since May 27th and I came here from Greece, (my original home), via Italy, France and Guildford. You could be forgiven for thinking that I’m a rescue dog, but actually you’d be wrong. Oh there was a rescue alright but I wasn’t the one being saved, I was doing the saving! If it hadn’t been for me my new owners, Mrs. Woman (who thinks she’s in charge) and her husband The Boss (who thinks he knows everything), would never have broken away from a life of over eating and watching the omnibus editions of Coronation Street on ITV3.

I rescued them from that, I gave their lives a new sense of definition and purpose and what thanks do I get for it? Zilch! Okay, so I’m not expecting them to go overboard with gratitude but after everything I’ve done for them a little bit of acknowledgement wouldn’t do any harm.

Mrs. Woman’s clothes aren’t so tight these days so she doesn’t have to fork out on a new wardrobe, and The Boss is over the moon because his trouser belt went up a notch when he buckled it. They think this weird homeopathic powder they sprinkle on their muesli every morning caused their weight loss, but it didn’t. Don’t you think it’s more than a coincidence that the pounds started rolling off when I moved in? Now if you take that statement at face value it probably does seem rather arrogant, but trust me it isn’t!

Before I arrived on the scene, these two couldn’t even run for the bus let alone get to the gym (“Oh we’d love to but we simply haven’t got the time!”), but now they’ve run out of excuses because they have to take me for a walk. They’ve only started exercising because of me and thanks to my size (I weigh about 30 something plus kilos), I need at least two brisk hour long walks around the park each day. Now do you see why they owe me? They’re smiling a lot more because they feel healthy and everyone thinks they’re great, which they are, but I helped them get there.

Don’t get me wrong, I’m not saying they aren’t nice people, it’s just that once in a while I wish they would show their appreciation in a way that’s more…abstract. Sure it’s nice getting tickled (when I’m in the mood for it), or being fed the odd titbit (I’m rather partial to those cheese and garlic biscuits they sometimes buy for me), but it would be nice if just once in a while they took me aside and said, “Soc, you’re magnificent. Thank you for everything you’ve done. You are a truly blessed and wonderful creature.” But on no! I don’t get any of that do I? They talk to me like I was a puppy.

If I hear Mrs. Woman calling me her Welsh Rarebit or Little Pinkalinka (whatever that is), I think I’ll go nuts. I’m five and a half years old (38 and a bit in human terms), not five months! The Boss isn’t much better either. For some bizarre reason he calls me Daddy’s Boy. In other circumstances I probably wouldn’t mind but he doesn’t even look anything like me. For starters he hasn’t got much hair on his head, doesn’t speak a word of Greek (I don’t but I can understand the odd phrase or two), and my real Dad’s a German shepherd living outside Athens.

They’re fairly minor points because life with these two is actually pretty good. The food’s brilliant (free range and delivered every month from Hampshire), the house is neat and cosy (although I wish they’d re-paint the sitting room. Magnolia is so embarrassingly passé), and at least The Boss drives a decent set of wheels (BMW 5 Series). 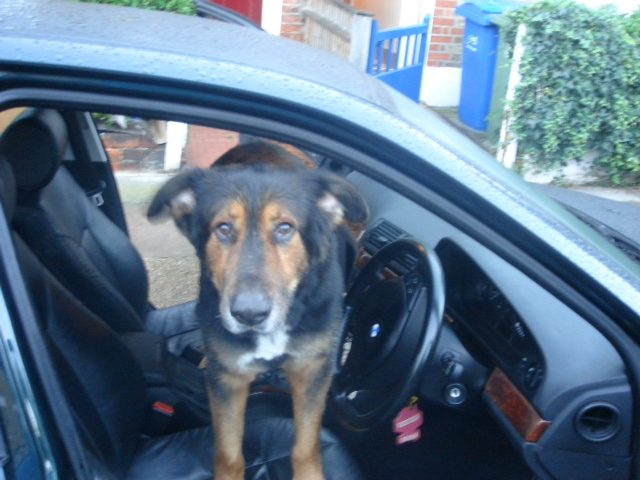 Unfortunately the same can’t be said for Mrs. Woman. She has what I can only describe as an “un-natural attachment” to her girly, girly run around, a clapped out 1970s Morris Minor called Toby. The Boss offered to trade it in for something a bit more upmarket, but she wouldn’t hear it!

She reckons that if she junked that old rust bucket her life would never be the same again because Toby wouldn’t forgive her for abandoning him. What planet does she live on? It’s only a car! I mean if she had any sense she’d take The Boss up on his offer and get herself a nice little sporty number. I could just imagine me sitting in the passenger seat of an open topped Porsche, with the wind blowing through my fur and Mrs. Woman beaming with pride as the other drivers look at me admiringly. I can see I’ve got my work cut out for me but at least I know how to play her.

She makes out that she’s tough, but when I droop my head and give her my seal pup look, she goes all gooey eyed on me and before I know it I’ve got her exactly where I want her. Getting her to change that car will take a bit of time, but I’m sure we’ll get there in the end. I’ll give you a progress update the next time we hook up. 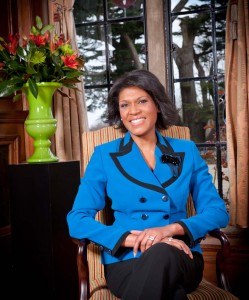