Could a human dressed as a giant mouse really calm a nervous dog down? Surprisingly, yes.

Meet Rupert, the rescue Dalmatian. Almost two years ago, he was diagnosed with hip dysplasia and cruciate ligament problems, which was determined after his owner noticed he hated going upstairs and repeatedly went lame. But getting diagnosed wasn't straightforward because of the pain he was experiencing.

Rupert's owner, Sonya Schiff said, “When I adopted Rupert from Dogs Trust a couple of years back he had some quite serious guarding issues and aggression which we believe were pain associated. I took lots of advice from Dogs Trust. It took a year for him to bond with me after his rehoming at which point he developed separation anxiety if I left him."

After diagnosis, Rupert was treated with painkillers for 18 months and was recently referred to a specialist veterinary hospital for surgery. At which time, knowing this would be stressful for Rupert, she decided to get some help from her furry mouse romper suit.

"I was really worried about him going into hospital and thought he might benefit from having the scent and sense of me with him,” recalls Sonya. “I thought the mouse romper suit, which I often wear at home to relax in would make a reassuring bed for him in the kennels.”

However, when Rupert arrived at the hospital for his consultation with Mike Farrell, an Orthopaedic Specialist at Davies Veterinary Specialists, he wasn’t keen on being examined. His hesitancy to be touched linked to his pain. 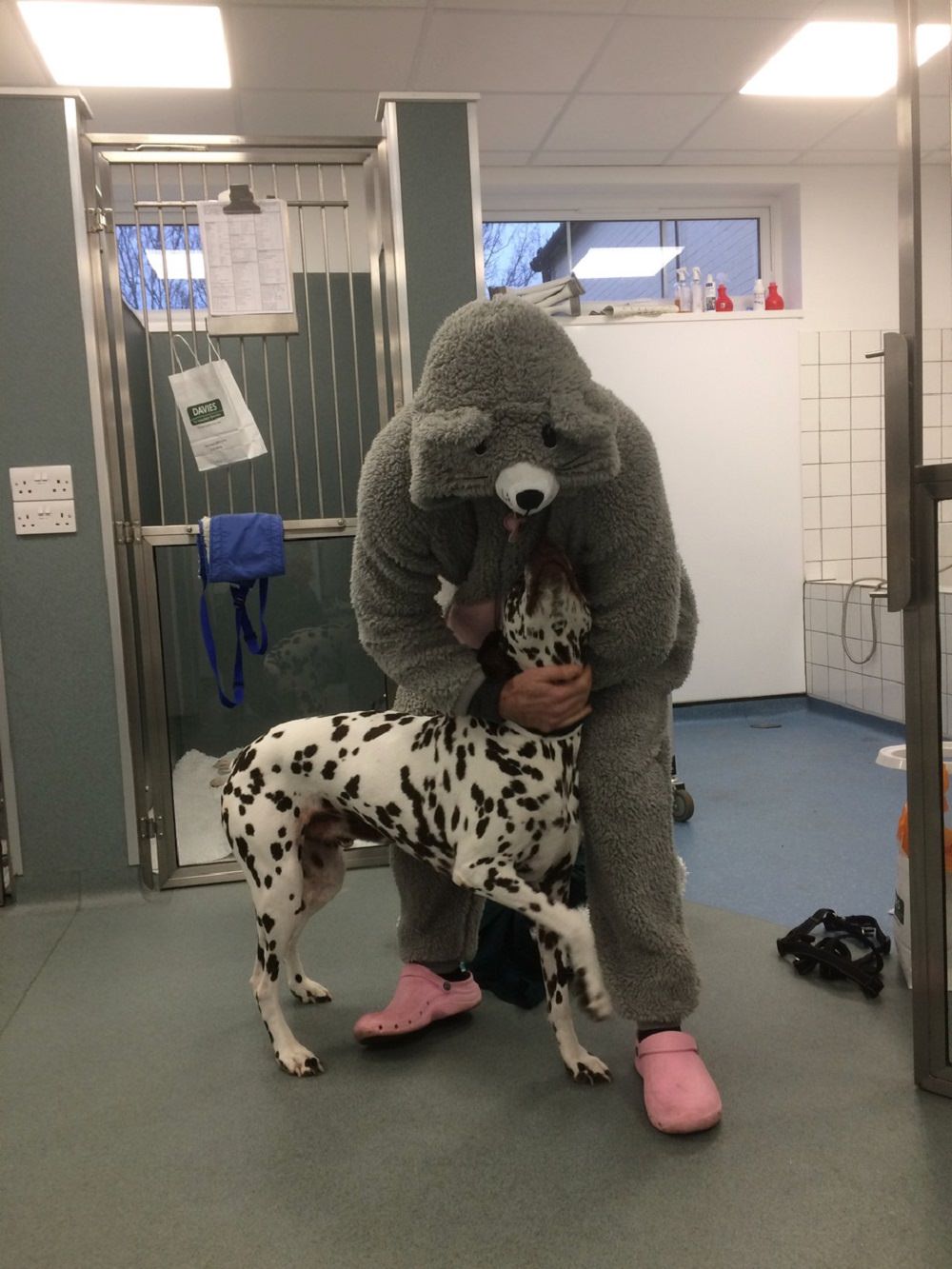 “Initially Rupert growled when I tried to examine him in my usual clothes,” continues Mike. “His owner was worried about his aggression towards strangers and how he would respond to being in hospital. Normally we don’t admit bedding from home but in this instance we thought it had the potential to help Rupert a lot.” 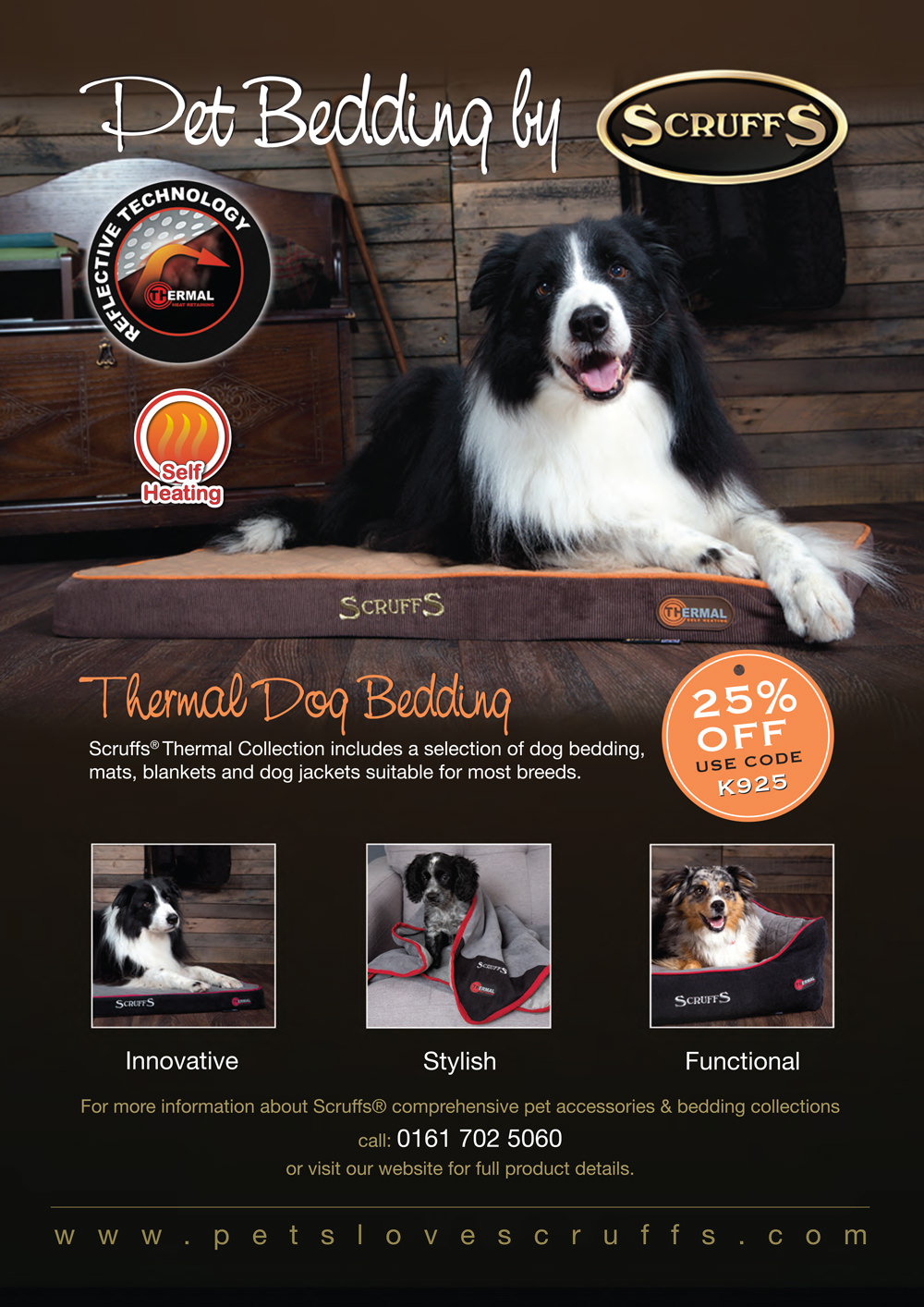 He decided to see if Rupert would be less anxious when faced with a giant fluffy mouse rather than a scary vet so he donned the outfit before examining Rupert.

The result, albeit hilarious, was highly effective, the Davies team admit. Mike was able to examine Rupert safely and subsequently, Rupert had surgery to treat a cruciate ligament rupture.

Monika Kafno, Hydrotherapist and dog behaviourist with the veterinary specialist hospital explains why dogs tend to respond well to a familiar scent.

“As dogs have a superior sense of smell and ability to smell between 10.000 and 100.000 times better than people, their brain processes information in a very short period of time, this triggers an association of the smell with particular experience/event/familiarity in their life." 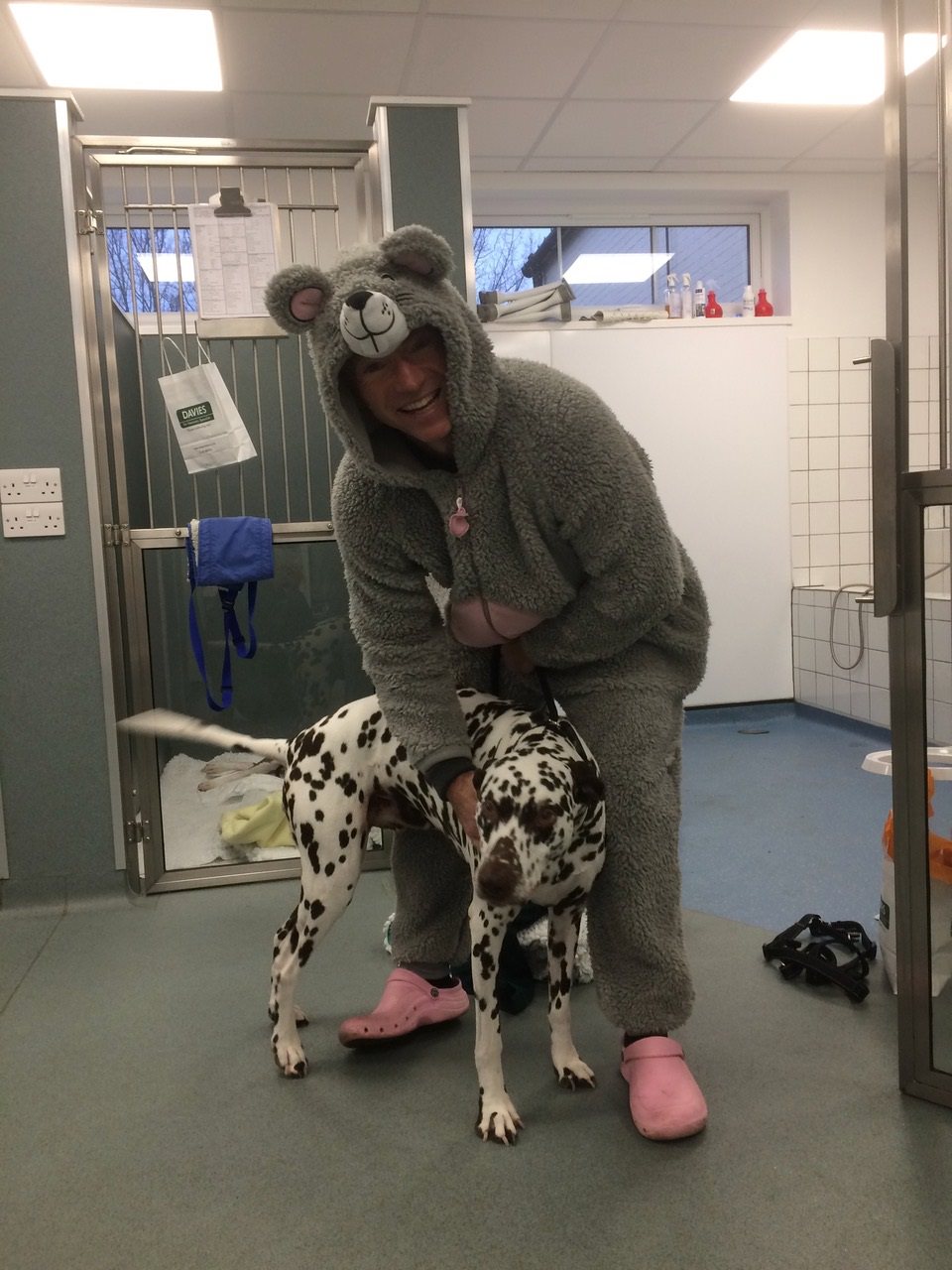 Monkia continued, “Based on experience, scent can influence canine behaviour. It will trigger either a feeling of comfort, safety, pleasure or in a negative aspect – anxiety, panic attack and fear that in some cases may lead to aggression.

"For example, a dog’s bedding or favourite toy brought into an unfamiliar environment will have a calming and settling effect as it will be a scent associated with comfort and home life.” 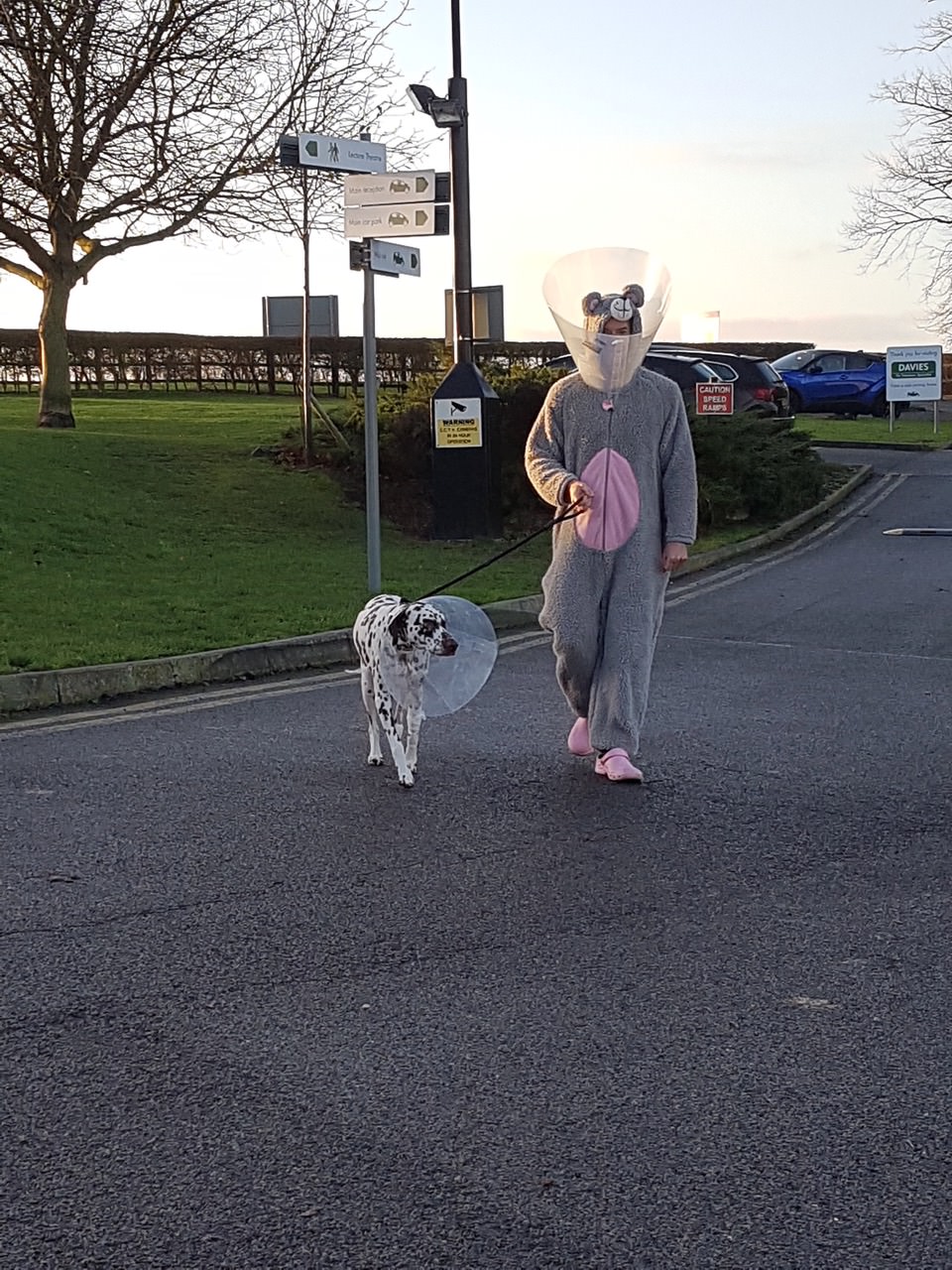 Sonya concluded, "This just shows what creative vets can achieve. The loveliest part of this for me was the daily updates from Mike on email with photos attached. Mike is now SuperMike and adored on my Facebook page.”

Related Topic: Does Your Dog Suffer With Anxiety? If So, They Could Be in Pain Too