As humans, we know how good a friend a dog can be. Always there to greet you with a cold wet nose and wag of the tail. Their unconditional love and joie de vivre can be infectious and brighten any day.

Friendships don't always conform though as we discovered when we decided to search for other animals who've found a canine pal to rely upon.

This Dog's Best Friend Has a Tail & a Wet Nose, But Isn't Who You Think!

'Osiris was abandoned as a tiny puppy in a parking lot and from the time I rescued him that night until now, he has received special training to be extremely gentle with baby animals, such as mice, squirrels, kittens, raccoons and puppies, and help keep them warm between sessions on a heating pad, which can be dangerous and overheat. In February, on Valentine’s Day, my boyfriend, Eric and I were at a pet store looking at lizards when we fell in love with one of the baby feeder rats, which they use as live food for reptiles. His eyes were barely open and we knew we had to have him as part of our family.'

Mickey continued, 'So we brought him home, named him Riff Ratt and bottle-fed him for a few weeks, and nursed him back to health. Osiris was by our side the whole time, licking up spilled milk and helping groom Riff because he was too small for baths. When his eyes finally opened all the way, Riff was so used to the smell and feel of Osiris that it didn’t phase him in the least, and they were instant best friends. They began playing together as soon as he was old enough and now share toys, eat the same treats, cuddle and play together.'

This Dog Loves a Cheetah (or Five)

Meet Blakely, an Australian Shepherd who is resident nursery companion at Cincinnati Zoo & Botanical Garden, He's a former nanny to several Zoo babies and has been called into action to provide snuggling, comfort and a body to climb to five Cheetah cubs who lost their mother recently.

This Dog's Friend Thinks She's One in a Million

Friends for many years Bubbles the African elephant and Bella the black Labrador, both residents at the Myrtle Beach Safari in South Carolina, have become inseparable. 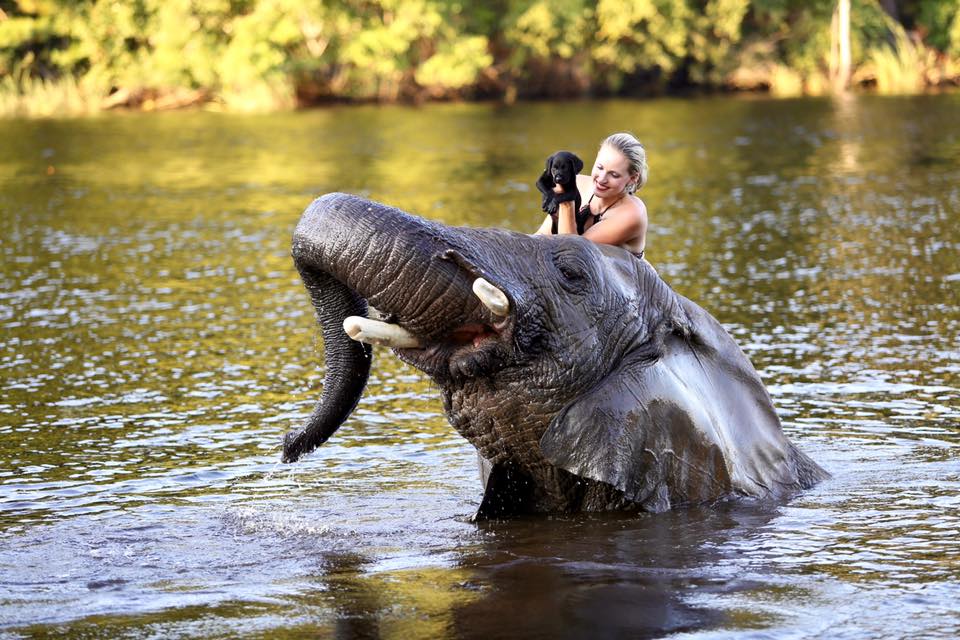 Bubbles found herself being cared for at the safari park after her family was killed by ivory poachers. In 2007, a contractor hired to build Bubbles a swimming pool abandoned Bella as a puppy. As they both grew, so did their friendship.

This Dog's Walking Buddy Might Surprise You (It Did Her Owner)!

Meet the dog who patiently waits for her cat pal every day to join her on a stroll around the block.

The pair, whose friendship was revealed to owners by their neighbours had no idea this unlikely friendship had formed. 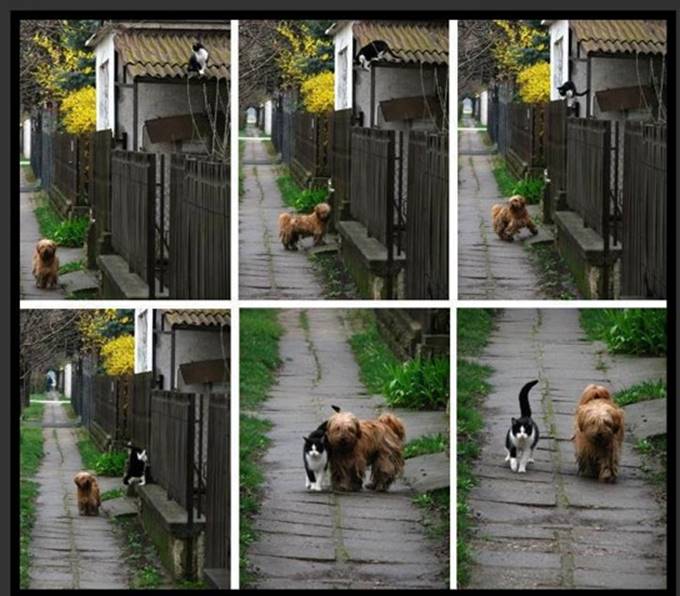 Every day, at the same time, she waits for him.

Sometimes she barks to call him. When he arrives, they rub heads and greet each other before setting off on their walk.

They have done this for 5 years.

Neighbours saw the duo together so frequently that they commented to the cat's owner who then followed the dog home and discovered she lived not in a house next door or even close by, but a distance away.

This Dog's Pal Is Very Deer to Her Heart

Meet Kate, a Great Dane owned by Isobel Springett. Some years ago, Pippin, a baby fawn was abandoned by her mother on Isobel's property.

Upon meeting, Kate took Pippin under her wing and their friendship has grown. Unusual it may be, but as Isobel says 'the unlikely love story continues.' 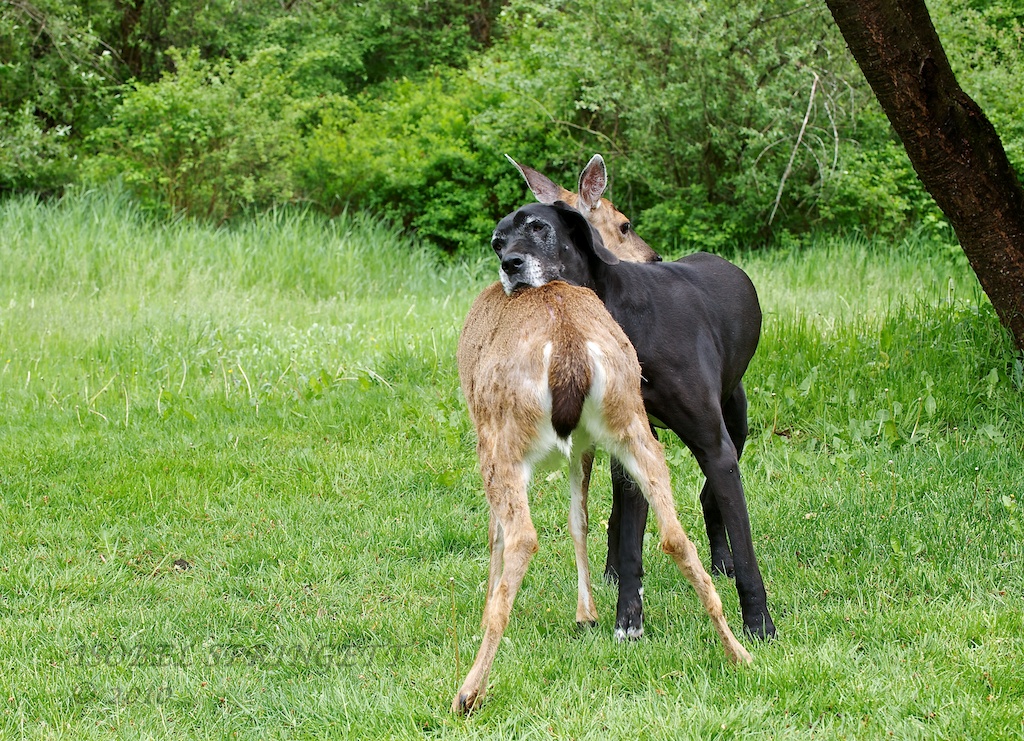 We think you'll agree that these friendships definitely give us humans life goals!

Which was your favourite? Let us know!