A rescue dog from Southampton was given special permission to visit his owner in the hospital and as a result, something amazing happened.

Last year, Andy Szasz, a civil engineer from Southampton was admitted with pneumonia after overcoming bowel cancer and he was placed in a medically-induced coma.

Knowing her husband had such a close bond with the family's dog, Andy's wife, Estelle sought special permission from the hospital to bring Teddy, a Schnauzer Poodle cross into the intensive care ward.

Once out of his coma, Teddy continued to help speed up his owner’s recovery with regular hospital visits and even video calls. 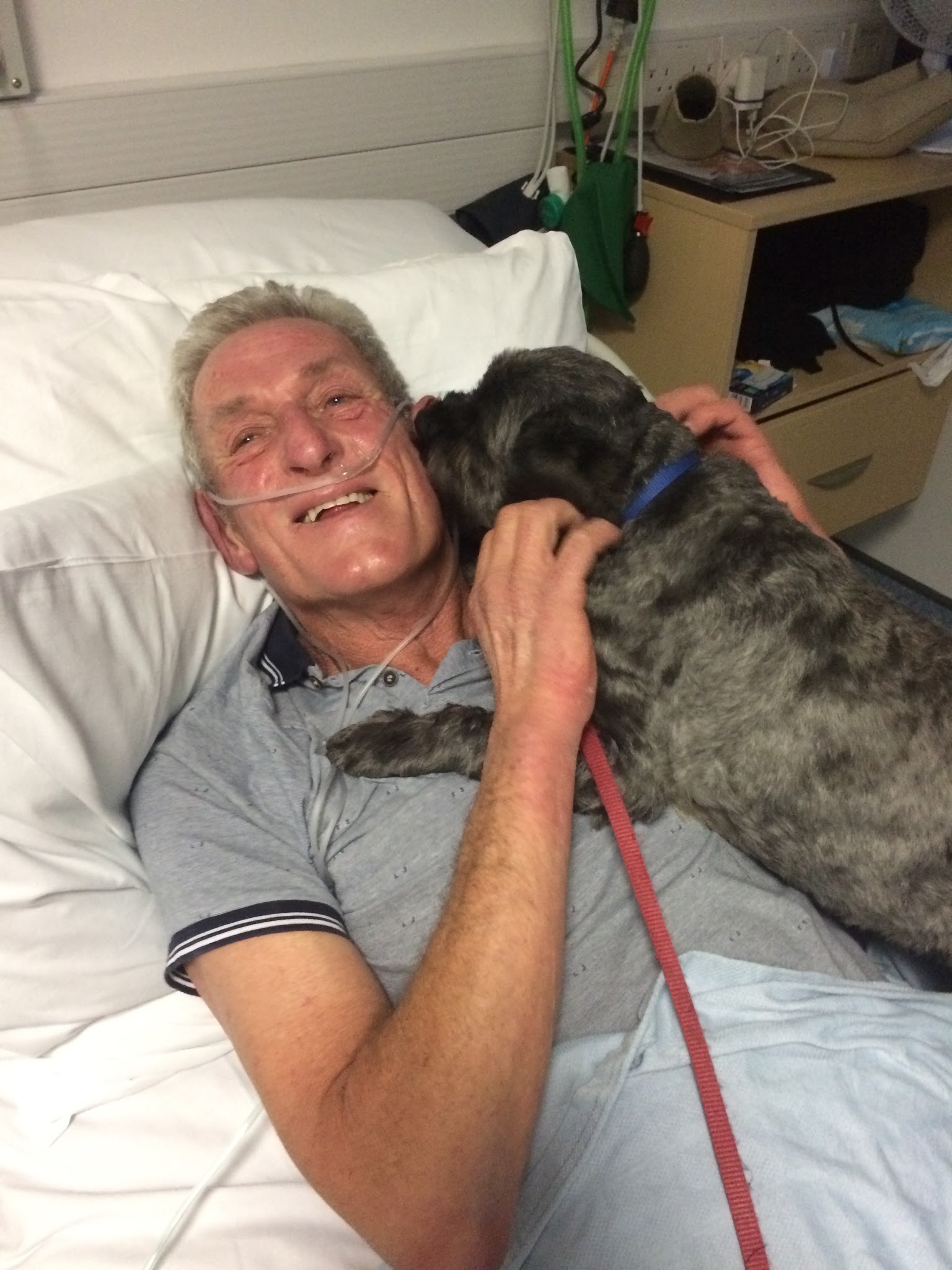 Andy says, "Ted is such a remarkable little dog in many ways. He's clever, loving, loyal, funny and a right little character! He really stole my heart when we first met five years ago. I always tell people I rescued Ted and Ted rescued me. We certainly do have a special bond." 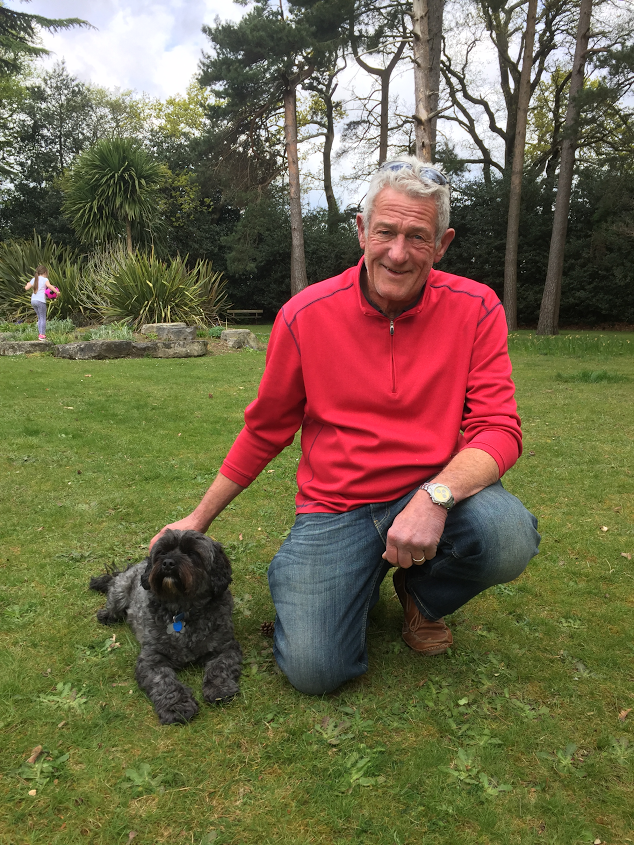 As a result of Teddy's remarkable bond with his owner, earlier this month the rescue dog received the RSPCA's Animal Award created to recognise an animal that has cared for and shown compassion to a person and has made a difference to a life or whose actions have helped in a potentially life threatening situation.

Andy and Estelle adopted Teddy from the Stubbington Ark RSPCA animal shelter in Hampshire after he found himself in rescue looking for a new home after his family's children suffered from allergies and couldn't keep him. 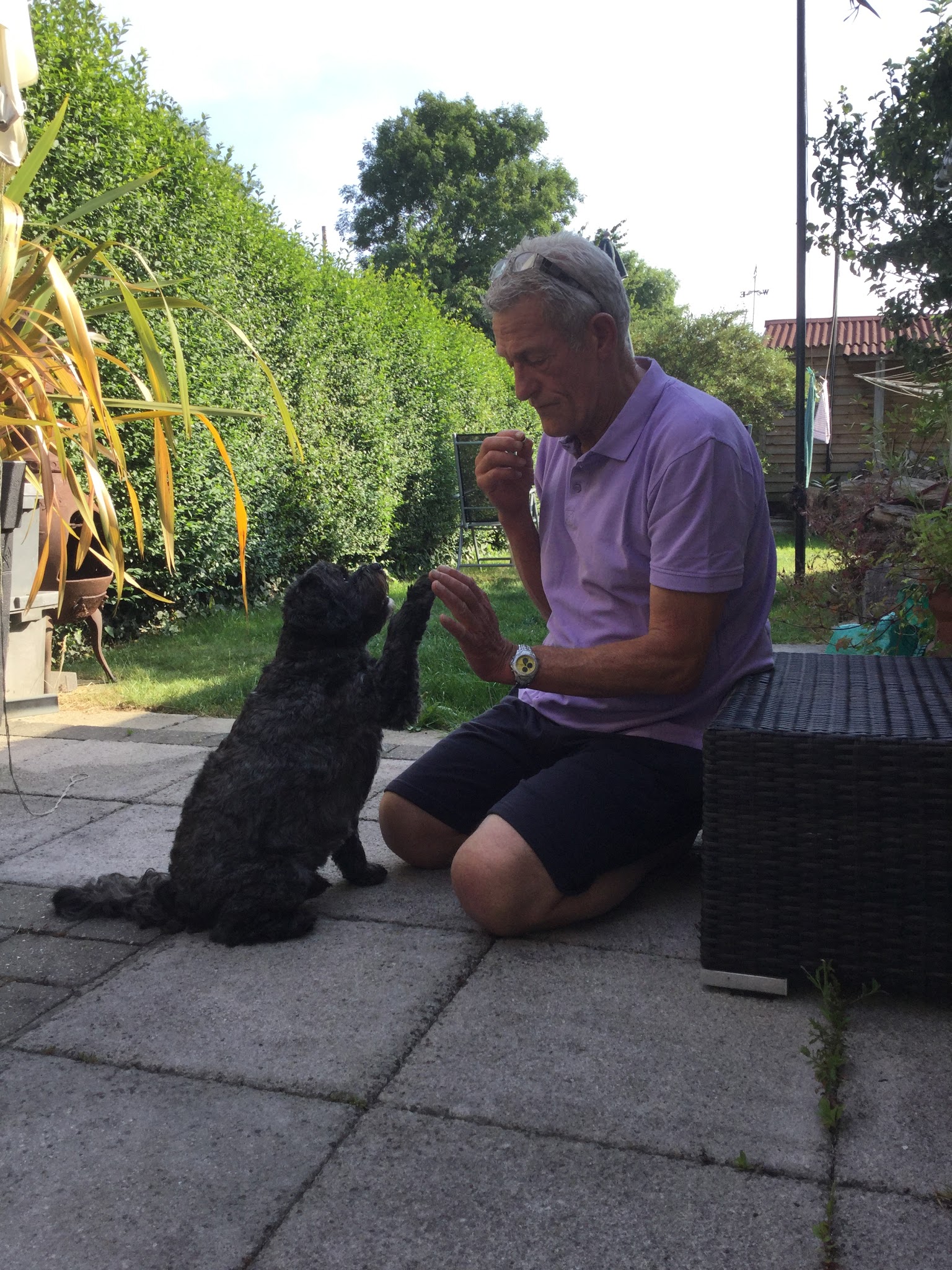 He says, "I was so proud of him at the Awards ceremony. He behaved so well and wasn't fazed by anything. I think Ted and I got to meet every single person there and he high-fived most of them as well!

"We met many remarkable people who work for and on behalf of the RSPCA last weekend and we would like to say a big thank you to them all for helping bring Teddy into my life." 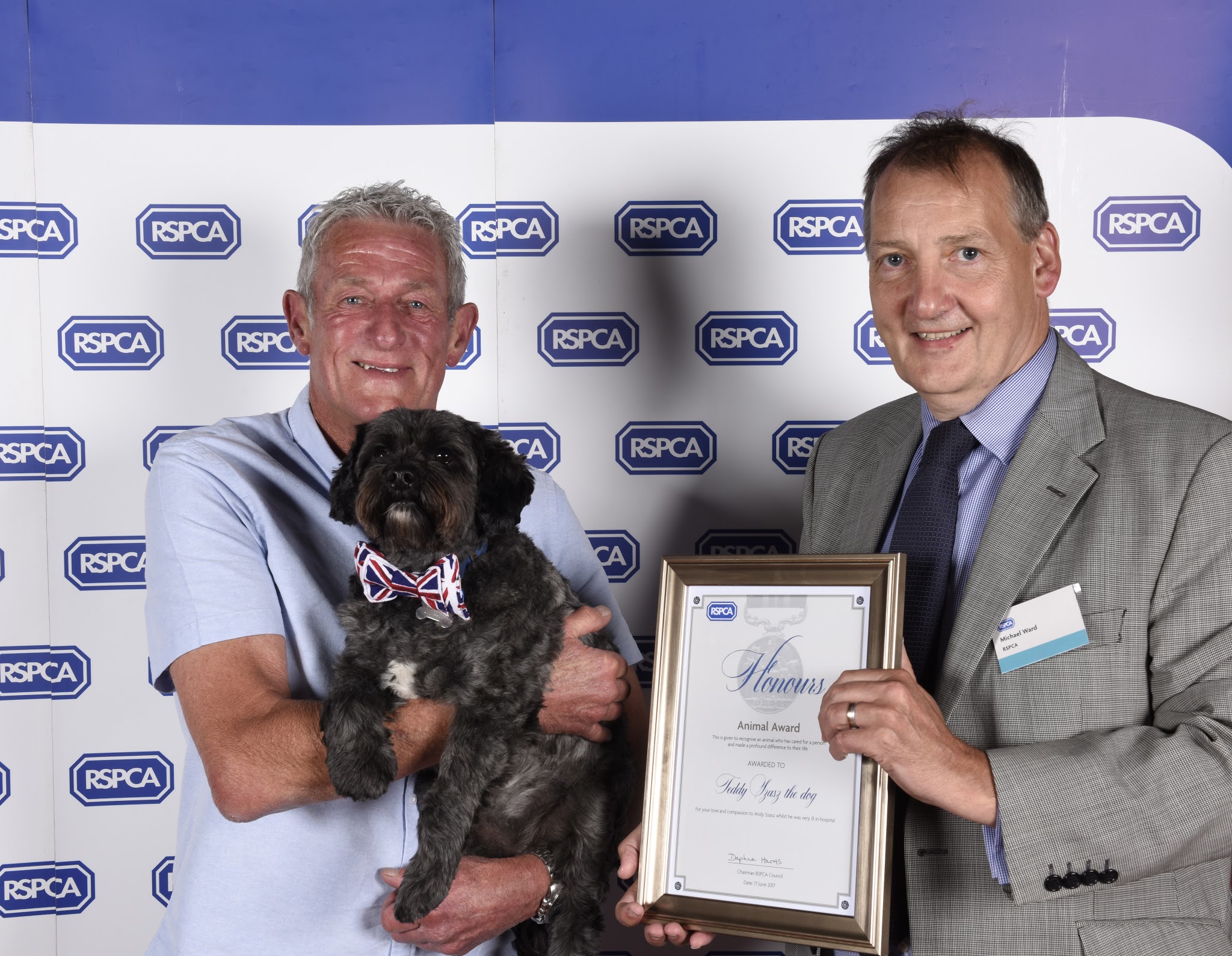 Speaking on behalf of the RSPCA, Michael Ward said, "Teddy is a brilliant example of the intense bond between dog and man. This little dog had a difficult start in life but was rescued by the RSPCA and rehomed by Andy.

"The connection between the two of them is so strong, that even in a coma, Andy responded to Teddy. It just shows how rewarding - and life-changing - giving a home to a rescue animal can be."