Culture, politics and necessity tend to be the biggest influences on the canine species. If there was a job that needed to be done, man tended to find a way to create a dog breed that could help. More recent changes and happenings in the dog world are linked to politics and culture, but every now and then the destiny of the dog is altered by a moment of pure genius or enlightenment. We're talking of course about inventions.

Some inventions fixed a problem that existed for dog owners, such as the lead and collar, but the concept of a buckle and harness is hardly exclusive to dog ownership is it? Other inventions came about and went on to influence dogs and dog ownership, either directly or indirectly.

Andrew McInnis explores what he believes are 6 of the most important canine inventions that changed the world in which we live with our dogs.

The dog whistle was the brainchild of Birmingham man Francis Galton. Galton, who was the half-cousin of Charles Darwin, was a prolific inventor, researcher, explorer and meteorologist. He developed and established the scientific concept of correlation, devised the first ever weather map and coined the phrase “nature versus nurture”. He was a clever man, to put it simply. 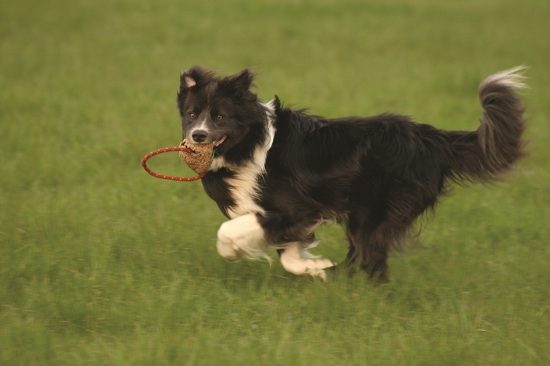 The Galton’s Whistle as it was first known was initially developed to test the hearing range of humans. It features a plunger which alters the pitch at which the whistle sounds, enabling the user to lower the sound until it falls into the range of the human subject. It was discovered that dogs are able to hear and respond to very high pitched sounds. This equipped man with a device that was ‘silent’ to human ears but audible to dogs.

Its use within dog training has been immense. The dog whistle has played a significant part in developing dog training methods based on conditioning. Used as an aural stimulus that can be heard by a dog at a much greater distance than the human voice can travel, the dog whistle effectively enabled dog trainers to be in contact with their dog over distances much longer than before due to the reach of the sound.

Through conditioning, where a dog is taught through repetition, to respond in a certain way to a certain stimulus, the dog whistle has become an invaluable piece of kit in the dog trainer’s arsenal.

It is widely acknowledge that the scientist and discoverer of gravity, Isaac Newton, was the inventor of the cat flap. It was noted by his students that Newton has cut a hole into the door of his chambers that was covered by hinged panel, which enabled his cat to enter and leave the room of its own free will. 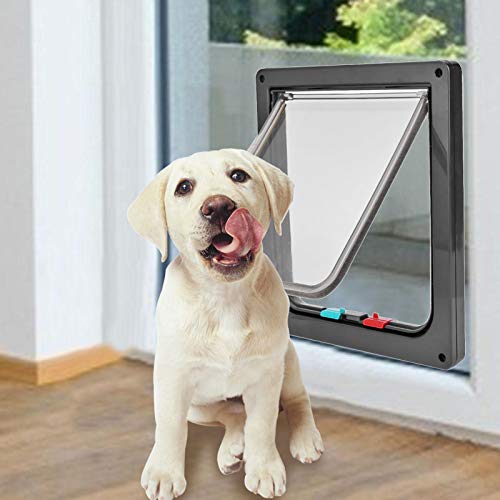 It is often claimed that Newton never owned a cat and therefore must have inherited the cat flap from a previous occupant at the home. It is unclear to whom credit should be attributed, but it is entirely clear that the invention of the cat flap has had a large, if unappreciated, influence on modern dog ownership.

Today dog flaps are common, having been created in order to afford domestic dogs freedom of the type enjoyed by cats for centuries. Of course, dogs are rarely empowered to roam the streets, but are able to access the garden via the dog flap. Dog flaps didn’t really catch on until it was made possible for them to be used exclusively by the dog, rather than by the dog as well as unwelcome human intruders. Cat flaps, due to their size, didn’t present this problem.

So the concept of the cat flap held appeal for dog owners, but the practicalities of the device weren’t ironed out until a flap could be fixed that was only to be used by the dog. Many dog flaps incorporate magnetic or electrical devices which mean that only the dog is able to open and close the flap. Dog owners are able to turn off the device to ensure that the dog can only use the door when they choose.

Whilst the concept of a hinge and swinging flap may appear arbitrary in the grand scheme of dog ownership, many people have been able to become dog owners due to the fact that they had access to a device which could afford their pet limited freedom to access the outdoors whilst on their own.

When British dairy farmer Benjamin Jesty noted that milkmaids never seemed to contract Smallpox, he couldn’t have foreseen the huge impact that the concept of immunisation would have on the human and canine race. The milkmaids were in close proximity to infected cow’s udders and had therefore built up resistance to the virus that caused Smallpox, which uncovered the theory upon which vaccination, inoculation and immunisation are all based on today. A limited exposure to a harmful virus enables the body to develop a resistance to that virus in future.

Veterinary vaccinations are a controversial subject, but it can not be denied that epidemics and outbreaks in both humans and canines have been curbed due to the practice. Vaccinations enable dogs to be protected from potentially deadly viruses, which in turn enables them to be kept as pets, to travel and to come into contact with other people and animals with minimal risk of infection.

The Internet has existed for decades, originally used as by academics as a means to share information between computer networks. It is now a global phenomenon that is used for all manner of activities, from communication, research, entertainment and even dating. 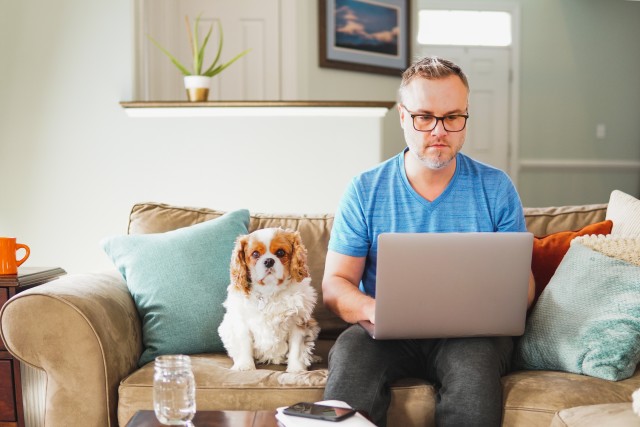 The Internet or, more specifically, the Worldwide Web has had a huge impact on dogs, with information and ideas being exchanged on a scale that is unprecedented.

There are sites that share training and care information, resources that enable dog owners to locate lost pets and sites that are dedicated to re-homing dogs.

The Web has allowed more people than ever to work from home and that means more people can have dogs who otherwise wouldn't have been able to.

The Internet has also been a huge driver in helping thousands of rescue dogs find new homes.

The gun has played quite a large part in world history, to put it politely. Wars, crimes, Wild West shoot outs – they all need guns. But the gun has, albeit indirectly, influenced many canine related concepts, from pet ownership to the use of assistance dogs. Allow me to explain.

Without the gun, bird hunting would not have become as popular as it once was. Without bird hunting, there would have been little need to breed and develop gun dogs such as the Labrador or the Springer Spaniel. Without these breeds, the entire history of the domesticated dog would have been immensely different. 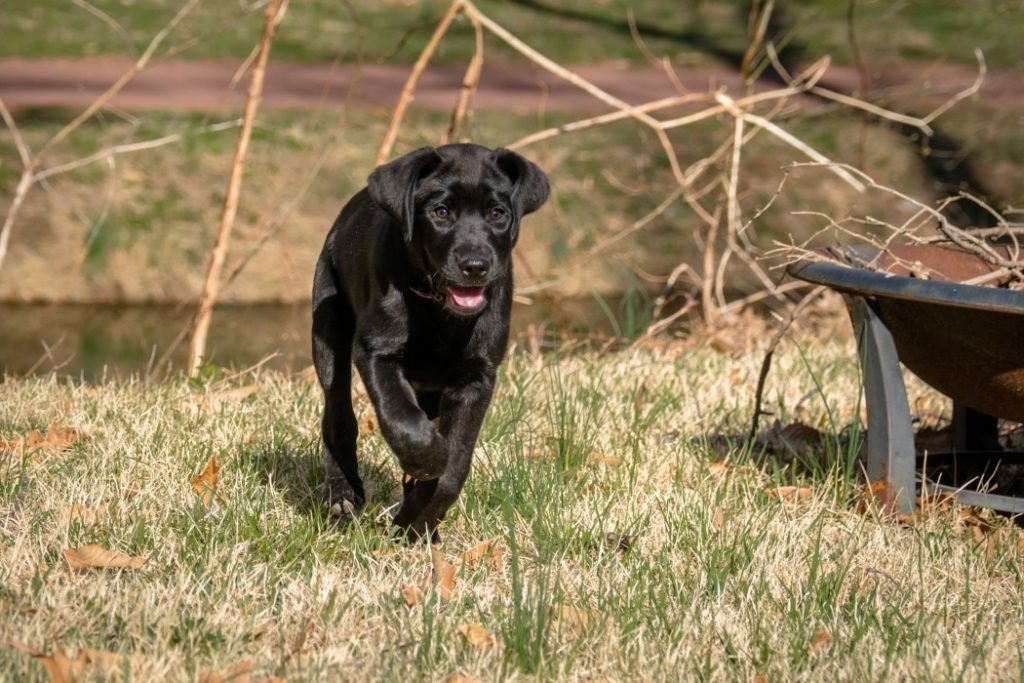 Assistance dogs such as guide dogs tend to be members of the gun dog group. Without assistance dogs, many people would be limited in their mobility, freedom and ability to function successfully in society.

The Labrador Retriever is the most popular pet dog breed in the world. Without the invention of the gun and the subsequent human interest in bird hunting, it is doubtful if we would ever have seen the Labrador breed and all of its descendants at all.

Finding and relocating dogs has been revolutionised by the microchip.

Microchips are a world changing invention for many reasons, but think of the lives changed for those dogs and owners who have been reunited thanks to microchips and scanning.

Which canine invention has had the biggest impact on your life with dogs? If it's not on our list, let us know!