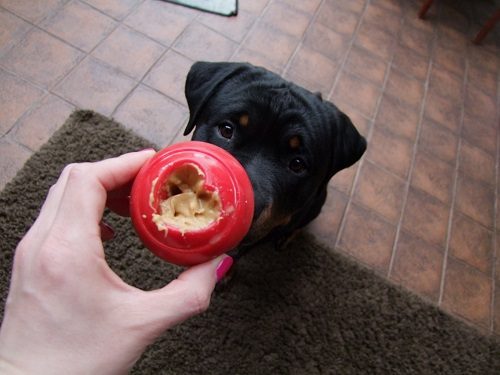 When choosing a name for your new dog you should consider how it suits them based on what you know of their personality and even breed, but you should also consider how you feel about calling their name (perhaps more than once) in the middle of a fairly busy park, or while you're stood outside in the middle of winter - will Christopher feel like such a clever name then? I speak from personal experience, as you can probably tell.

Some dog owners also choose to avoid names ending in 'e' or 'a' or 'o', because they can often sound like commands 'here', 'no' and so on when spoken quickly.

There are many reasons to think long and hard about choosing your dog's name. Choosing a lucky name, or bypassing an unlucky one, isn't something I'd factored in but if you can, maybe you should.

New data released by the Co-op Insurance has claimed that there are some names which stand head and shoulders above others when it comes to being unlucky. With the unluckiest of dogs costing their owners up to £510 in vet bills, the pet insurer says cross-breed dog owners are more likely to claim for their pet's mishaps.

The Top 10 Most Unlucky Dog Names

Digestive system disorders are the most claimed for illness for dogs named Charlie, followed by skin conditions and neurological disorders, such as seizures, head tilt, tremors or even, sadly, blindness.

David Hampson, Head of Pet Insurance at the Co-op, spoke about the findings saying, “Any pet can come with its fair share of misfortune, landing you with an unexpected trip to the vets or causing mischief around the house, however based on our claims data Charlie and Oscar certainly aren’t the luckiest names you can give your pet.

“Regardless of the name of your pet, making sure you have a pet insurance policy in place to cover these eventualities can be the best way to protect them and avoid unwanted vet’s bills, or ongoing treatments for life.”

This Article Has Been Promoted By
The Co-op Insurance
In this article:Promoted Content

How Much Should I Feed My Dog?

Feeding too much or too little can shorten a dog's life, affect their behaviour and negatively impact their mental health. This article covers the...

The raw dog food revolution has been gathering pace for decades. One of the many queries dog owners have when weighing up the pros...

My Best Advice For New Dog Owners Is This

Advice for new dog owners is never in short supply. Everyone who's anyone who's ever owned a dog will be liberal with their tips,...