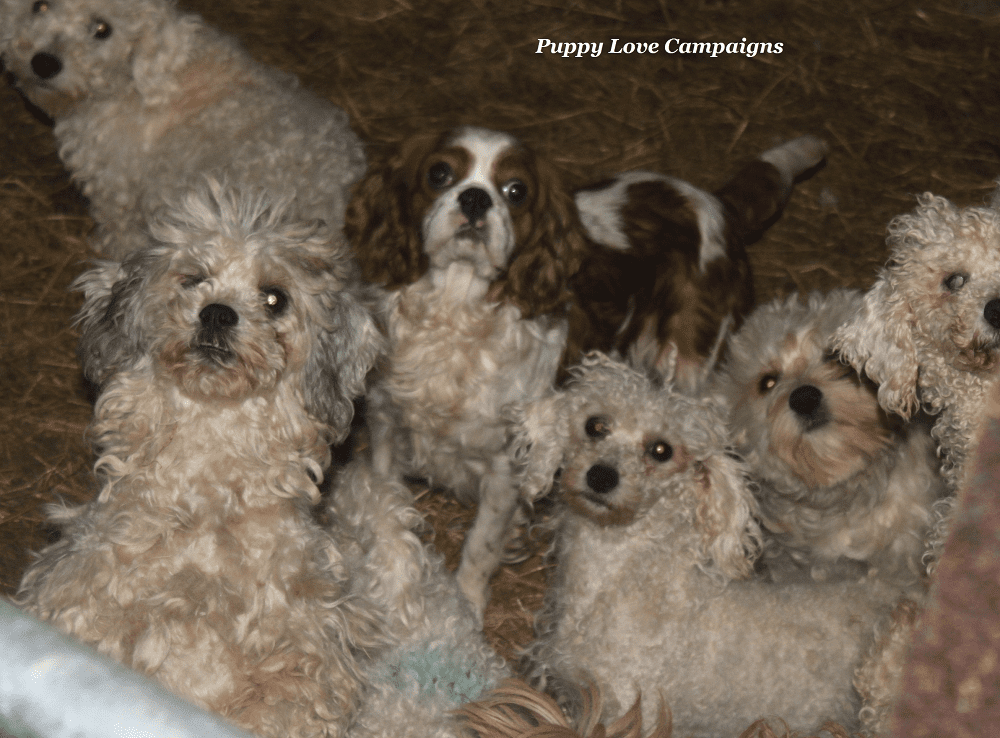 In 2007 things were bad in the puppy trade. In 2019 the situation is worse than it’s ever been. The sheer scale of the industry with its endemic suffering is absolutely shocking.

Despite the best efforts of many over the years to curtail the problems and end the animal abuse which now represents how many dogs are bred and sold, dogs are suffering in UK puppy factories and breeding kennels on a scale never before witnessed.

We spoke with someone from Puppy Love Campaigns who has been going undercover for 12 years to stop puppy farmers. Here’s their story.

The Rise of the Puppy Farming Industry

When we first established ourselves in 2007 as a voluntary group trying to make a difference, there was far less profit to be made from pups. The business was simply not as lucrative as it has become and the demand for puppies wasn't as huge as it is today.

Many factors have contributed to the massive growth in demand which nowadays drives the industry. Pedigree dogs were popular in 2007 and they walked on their paws like dogs do until it became fashionable to carry them around in handbags.

Puppy farmers spotted a growing market, sales exploded and the breeding and cruelty intensified. Add to this the so-called designer dog breeds, the Cockerpoos, Schnoodles, Puggaliers and so on - dogs crossed and given silly names to appeal to puppy buyers - ridiculous prices being charged, and paid, and the fate of hundreds of thousands of breeding dogs was sealed.

It wasn’t long before criminality infested the business as gangsters saw the huge amounts of money that could easily be made by selling dogs.

Today the internet is flooded with puppy adverts and the whole situation is completely out of control. Local Facebook pages have many secret groups where pups can be bought from unlicensed breeders and sellers. In all the years we have been investigating and documenting the puppy trade, the authorities have made no meaningful inroads into tackling what is an absolute welfare disaster for dogs.

It was early in 2007 when I saw a news feature about a puppy farm that had been raided by the RSPCA that something was triggered in me. The conditions the dogs were kept in were appalling and I knew I had to do something more than just feel helpless.

Having been involved with dogs all my life, both rescue and adoption, I knew a fair amount about puppy farms even though at that time there were far fewer than there is today. Watching the news feature I was angry and felt a deep need to do something.

Doing some research, I found just two individuals with websites trying to make a difference and raise awareness of this awful trade in innocent puppies. A very good friend of mine agreed to join me in trying to do something positive about the matter and in August 2007 Puppy Love was born.

Our aim was to raise much-needed awareness. But, we realised that to do that with any impact we had to see for ourselves what was really going on inside puppy factories. To witness exactly how breeding dogs were being forced to live so that we could widely share the brutal truth about how the dogs were suffering. We wanted first-hand details and knew that we could, and should, get that so the public could be best informed.

As we were being sent many complaints about sick pups, almost all of them born in Wales, it seemed a good place to start investigating.

We had no funds so put our own money into our work. We were soon joined by a few more like-minded people who were willing to help and so off we went. We knew it was important to get out there, get investigating, and get sharing what we discovered.

Our first investigation and encounter shocked us all, it was far worse than even we had imagined when we were face to face with the suffering. The sights, smells and sounds of a puppy farm are deeply disturbing. We knew then our work had to continue.

Once we’d gained enough real evidence, we initially worked with print media, having a few stories published which we hoped would bring awareness to what we were witnessing during our investigations. It wasn’t long before we were working on our first TV investigative documentary with ITV Wales which aired in 2008.

Together with their team, we exposed many licensed puppy farms in Wales treating their dogs badly. Subsequently, we made programmes with Channel Five and Sky News to keep the pressure on. The outcome of all this was that public outrage was sparked.

We took our footage to the Welsh Assembly and demanded changes were made to dog breeding laws. Pressure increased, our original, first-hand footage was irrefutable, and it was with some relief that Welsh news coverage said our exposé “broadcast by S4C’s Byd ar Bedwar fuelled political pressure for change.”

But we still had work to do and continued our undercover investigations at every opportunity. To this day, we work on cases all year round in England, Scotland and Wales and it’s for this reason we remain anonymous.

We have had some memorable investigations over the years.

The most pleasing investigations to us are those that have involved the seizure of dogs by the RSPCA, the closure of the puppy farms and successful prosecutions.

Our work, evidence and efforts have been instrumental in several such cases since 2007. But, 2018 stood out for us. In a single month, two major cases we’d worked on had positive results. Two puppy farms were closed and over 140 breeding dogs were removed by the RSPCA.

One was the notorious puppy farm, Little Rascals which has operated with impunity for many years. We’d been entrusted with evidence and acted as a go-between with the RSPCA who gained a warrant based on the evidence and took the dogs to safety. We await completion of the RSPCA preparing the case for what we hope will be a successful prosecution.

The other significant 2018 case which we were pleased came to a swift conclusion was a Welsh farm where pigs, birds and dogs were all kept in horrific conditions.

We had to paddle through slurry to get to the dogs. Some had no water or food and their pens were a shocking mess. Many of the dogs had obvious, dreadful skin conditions and eye complaints. The smell and fear emanating from the animals was truly awful.

What we do is often dangerous work and this case was no exception. Puppy farmers do not take kindly to scrutiny. Criminal elements are rife in the industry and we know each time we go out on an investigation that we may run into unsavoury characters.

However, the angels were with us and fortunately we got the evidence we needed to have the place closed down and the animals were rescued within a few days.

Animal Welfare Laws Are Made to Fail, so What’s Changing?

There are already several examples of failing animal welfare laws but let’s take just one – the 2016 microchipping law which demands all dog owners have their pet microchipped or face a fine.

We know microchipping laws are flouted brazenly. There’s no infrastructure set up to monitor and no enforcement to stops this being the case.

I fear dog breeding and selling laws are doomed to the same fate.

The Westminster Government recently brought in new breeding laws and laws banning third-party sales of puppies may come into force this year, but we are yet to see that anything is changing on the ground.

As it is, underage pups are still being sold illegally and breeders continue to breed without licenses. When local authorities are alerted, they do not show any sign that they are keen or able to act. This has long been our experience and it’s frustrating that little seems any different.

Breeders already get around existing laws due to poor enforcement, which begs the question, if new laws come into force but aren’t enforced, has anything really changed?

As with all laws, without solid plans in place to enforce from the outset, little will change.

What Does the Future Hold for Dogs?

Since 2007 we’ve seen people involved in this lucrative industry abusing their animals and still managing to sell directly to the public.

There is a constant supply of willing customers and without robust laws which are enforced that address all aspects of this business, not just parts of it, it’s hard to see that anything much will improve for the dogs.

There is so much that needs tackling and not just tinkering with. But, does any government really have the will and commitment to do so?

One thing is certain puppy farming won't end any time soon but if we can close a few down and save the dogs we can, we will keep going. Because while we wait for anyone in power to do anything substantial dogs and pups are dying daily. We will never turn a blind eye, dogs deserve better.