Hip dysplasia in dogs is one of the more common joint health problems suffered by dogs of many different breeds and affecting animals of varying ages and activity levels. Hip dysplasia, when properly diagnosed, doesn't mean the end of your dog's active lifestyle but careful management and observing mobility factors is required. In this article we'll examine the impact of hip dysplasia and look at the various factors related to this chronic joint health condition.

In the early seventies, many young dogs were put to sleep after being diagnosed with hip dysplasia. It was practical choice in the old days and dog owners would agree with the decision from the veterinarian due to the understanding that “the dog would be crippled in time, for the rest of his life, or that he will not be able to hunt, track, or do obedience work because of his injured hips”, according to the doctor.

Not All Veterinarians Agreed With This Diagnosis

The truth is that every young dog with hip dysplasia has a good chance of leading a normal and functioning life if nothing is done for the hips except to let time elapse until he has fully reached his maturity stage. Because of this fact, many reputable veterinarians would not perform surgery on an immature dog.

There are no published and worthwhile statistics which show that young dogs subject to such surgery turn out better than those that were not operated. Moreover, those that were left alone are still eligible to compete in dog shows, tracking, and obedience trials. Not only does experience dispute the worth or need of surgery but severing tendon or muscle in the young dog doesn’t make any scientific sense. Its effect is to let the “ball” slide out of its “socket”, and this creates “hip dysplasia” artificially.

When done later in life on a dog with persistent hip pain, the operation can provide immediate relief of discomfort by altering the weight-bearing surface of the hip joint. However, no worthwhile statistics have been published to show the length of time that such relief will persist or the percentage of adult dogs that were improved by surgery.

Hip Dysplasia May Not Be Genetic In Dogs

Since hip dysplasia was accepted to be genetic in humans, early researches were focused on trying to establish whether it was a dominant, recessive, or other characteristic in dogs. Sufficient statistics have accumulated to conclude that canine hip dysplasia is genetically influenced but a Swedish study on 11,036 German Shepherds showed that ten years of selective breeding not only failed to reduce the number of canine hip dysplasia offspring but also did not reduce the number of grade two or three (moderate or severe) cases.

The Swedish authors concluded that canine hip dysplasia was not as greatly genetically influenced as they formerly had thought. They found that other characteristics of the pelvic inlet were suggestive indications and that the rate of bone maturation of the dog is also important.

The Greyhound, the only breed of large dog that’s not affected, has very slow bone maturation. When the Greyhound was crossed with the German Shepherd, hip dysplasia did not appear in the first generation. It was discovered that a very restricted diet, which contributes to slow growth, reduced hip dysplasia in affected breeds.

Although we still do not understand exactly the causes of canine hip dysplasia, it is reasonable to believe that a program of breeding based on the x-ray diagnosis of this condition should be carefully scrutinized.

Canine hip dysplasia is a developmental malformation of the hip joint in dogs. The same condition was recognized in humans by Hippocrates in the year 370 B.C. In the past six decades, a lot of money, effort, and time have been used in the study and research of canine hip dysplasia.

This calls for all of us who are interested in, and have a deep love for dogs, to pause and determine our course of action toward the control of this condition.What we knew about hip dysplasia back in the 30’s was limited to only what could be read in the medical press which, summed up briefly:

“It constituted faulty growth and development of all tissues in and around the hip joint, that it was not uncommon in a tribe of Canadian Indian children and Italian children and, if not corrected in its early stage, could lead to very painful, arthritic hips in human at middle age or beyond.”

As knowledge and experience with this condition in dogs had increased, we learned that there was an acute stage during the period of rapid growth of the dog. During this stage, the canine, usually one of a large breed, would have difficulty getting up, particularly on a slippery floor.

The dog would flop down instead of easing itself to the ground, and would, in different ways, show pain in the area of the hip joints. As our understanding of canine hip dysplasia further increased, we learned that canines recovered from the acute phase and by the time they were matured physically, the hip joint symptoms not only lessened, but very often disappeared completely.

The later phase of arthritis that occurred in humans might or might not be evident during middle age or later in life depending on race, lifestyle, activity, sensitivity, and weight of the person. We found out that some dogs were able to live long lives with this condition, experiencing only minimal discomfort or malfunction.

There are two main factors that account for the clear difference between the course of hip dysplasia in human and in dogs. First, man walks entirely on his “hind legs” and for many more years than do dogs. Second, diagnoses of this condition in dogs were being made on the basis of joint laxity (looseness) in the young dog.

As to the first factor, we can say that dogs with dysfunction or pain in both hind legs can and do shift a considerable part of their weight-bearing function to their forelegs. The second factor, we can say that hip joint laxity has been reported to be present in all large breeds of dogs, except racing Greyhounds, at some phase of their growth period.

The same has been reported to be present in children. It is established that hip joint laxity may be a precursor to hip dysplasia but it should be realized that it very often does not lead to the later-life arthritic changes that complete the cycle and define the disease.

It is believed that canine hip dysplasia has increased since large breeds of dogs evolved into companion dogs from the hunting or guard functions for which they were bred and kept for in the past. One piece of evidence is the way breeders had selectively bred aggressiveness out, and tamed the dog down, so as to create a desirable trait. This was strikingly apparent in the German Shepherd from the time of its post-World War 1 introduction into the United States until its present role of popularity. A study of the canine hip dysplasia breed frequency figures published by the Orthopedic Foundation for Animals shows a genuine relationship between calm disposition and occurrence of hip dysplasia.

Another unexplained aspect of the occurrence of canine hip dysplasia was discovered at an Animal Hospital in Boston (Angell Memorial). The first recorded diagnosed cases of the disease took place in the early 1930′s, from a kennel of Setters and Pointers bred and kept solely for work in the field. Three English Setters had recognizable hip dysplasia and the owner, being an intensely practical man, had the dogs put to sleep.

For about a period of fifteen years or so, this kennel was kept on close track and not another case of canine hip dysplasia turned up. Although no x-ray diagnostic program was carried out, the owner started working his dogs at about three or four months of age and would surely have noticed any dogs that were incapacitated in one way or another.

A similar, but not the same circumstance, was in 1954 when a record of 80 x-ray diagnosed cases of canine hip dysplasia turned up, mostly by the Boxer breed. Subsequent to this, although boxers were popular in the city of Boston, the incidence of diagnosed hip dysplasia cases declined in this breed. There was no breed effort at hip dysplasia reduction similar to that of the Swedish Kennel Club, although there was a change in the general type of the breed during those years.

While an x-ray test is the only accepted method of accurate diagnosis of the mild case of canine hip dysplasia, the breeder should decide whether radiographic deviation from perfection of the hip joint is a characteristic so undesirable to the breed involved that, it should not be bred, regardless of the other desirable traits of the dog.

Canine hip dysplasia will be around until we discover much more about its cause. For now, breeders should select dogs for breeding that are entirely sound of body and mind, and judged at maturity on all aspects of their movement, form, temperament, and any qualities that make them desirable companion for humans. 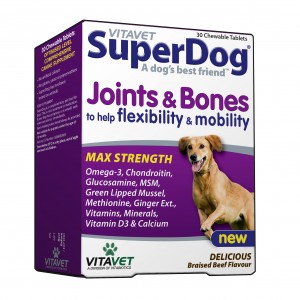