Michael Hayward is an experienced dog owner. You may remember his moving account of saying goodbye to his own dog, Toby. It was a K9 Magazine favourite. Here's Michael's take on striking the balance between dog ownership and having a social life.

I think it's OK to say we've all been guilty of it. There's no shame. Not a bit. You're on the phone. A friend you haven't seen in a while is on the other end. 'How about seeing that new film this afternoon?' they say. 'It's meant to be good,' they say. You have read the reviews, you say. It looks good indeed.Then you look down at your feet.

Your dog is looking up with interested eyes. Perhaps he cocks his head to the right. And before you know it the words come out. 'I can't.'

'Oh why not?' your friend says, and you don't have an answer. You look again at your dog. You can't leave him home alone. Not even with the radio on.

If this example sounds familiar then it might be time to start getting back out there. In this article I will look at the importance of keeping your social life, separate from that of your beloved pet.

A dog demands nothing, only what you allow it, so don't feel guilty about leaving them home alone now and then. A dog is a pack animal and needs to understand the pecking order. You are in charge, your dog will respect that instinctively. Obviously, it is best to start leaving your dog on his own at a young age, so that over time it learns its routine, but as my dog was ten years old by the time I realised my social life was faltering, he just had to adjust. 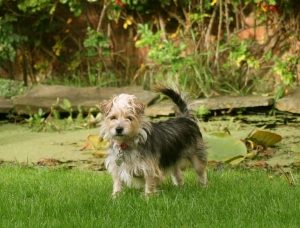 I got everything perfect. I made his bed up nicely, put on Radio 4, and left the house with trepidation. I needn't have worried. When I arrived back from the cinema he didn't even look like he had missed me. As long as your dog is happy, properly walked and unconditionally loved and properly socialised, it will not pine your disappearance. So you can take your time filtering through the charity shops and grabbing that cup of coffee with friends.

I know, I know, you say, but there's also all that walking you have to do. That's three hours of your day gone right there, isn't it? Well, not exactly. It is common knowledge that dogs are either under-walked or walked far too much. A dog starved of exercise will exercise their right to make your life as hard as possible, and they will become increasingly frustrated and hard to handle. That will not do. Gaining your social life should never come at the detriment to your pet. It is, after all, your responsibility. However, you could be walking it far too much. My grandmother was a culprit. She seemed surprised at how lethargic Murphy, a Border Collie, was every night.

'How much have you walked him?' I would ask. The answer came back invariably, 'about three hours a day.' She ran down his batteries to empty; throwing the ball till he eventually had to keep it in his mouth so that she could not throw it again. This, although I'd say not medically unsound, is a killer for your own time, so don't make it harder for yourself by walking them more than they need and perhaps want.

It is imperative to act on this. You would never want to feel resentment towards your beloved friend, so take time for yourself, treat yourself to a holiday. Ask the family to take the dog off your hands for a few days.

It will only enrich the relationship all round.