K9 Magazine contributor and columnist Mike Deathe is a well respected animal trainer and behaviourist. He recently attended a seminar conducted by Dr. Ian Dunbar and has since redefined his entire approach to dog training. This feature is in three parts and details just how influential that seminar was on Mike Deathe.

I spent three days sitting in a conference room listening to Dr. Ian Dunbar talk about dogs, training and learning theory; and somewhere during day three I had an epiphany.

You see, I have a degree in psychology and always thought I really understood learning theory. But during this seminar, I started looking at learning theory in a different way. I am not sure if this was Dr. Dunbar’s intention, but it radically changed the way I look at the subject.

In college I learned several different premises under the auspices of “learning theory,” but each was taught individually as a “stand alone” idea. After hearing Dr Dunbar speak, I realised that the three major corner stone’s of learning are actually pieces of a much larger and complete way of looking at learning. I was originally looking at this based on how it would apply for dogs, but as I flesh this concept out, I think this will transcend dog training and help explain successful training for all. But before we get too far ahead of ourselves, let’s talk about the three cornerstones of learning theory and their “fathers.” Thorndike, addressed - do it right=reward, do it wrong=punishment or binary learning. Skinner (operant conditioning) covered the four quadrants of punishment and rewards. Pavlov (classical conditioning) champions learning through associations, either positive or negative. 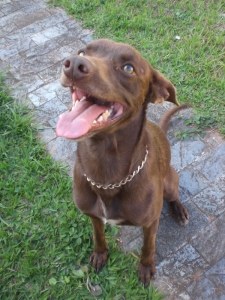 I do not want to get into which of these three is right or which is wrong. I would much rather look at them as a whole, realising that each is simply a part of yet another larger and more complete theory on learning; where each existing and proven theory plays a vital role in the dog being able to learn and retain the knowledge. In many cases, the existing learning theories have brought dog training light years into the future; but because we are human, it has allowed us as trainers to segment and alienate certain parts of training as right or wrong. We have even allowed ourselves to demonize certain aspects of learning as cruel. If I learned anything in college, it was that you can prove anything with statistics and logic. So now we have a situation where dog training, which has made huge leaps in the last 25 years, has now bottlenecked to a standstill. This is because we are more interested in who is right, rather than what is the most comprehensive and best way for the dogs to learn.

If you look at any hot button argument in the world today there are always two sides, and the opposite ends of the spectrum are the loudest and most vocal for their respective sides. Remember that we were taught in statistics about something called the standard deviation (or bell) curve? It simply tells us that for any population, 12.5% will fall on each of the far ends of the population, but 75% will fall somewhere in the middle and out of the extremes. I really want to stress here that because of this right and wrong, black and white, positive and negative perspective that has been at the forefront of dog training of late, we are now creating dogs that have very little reliability; and in the end don’t really know what we humans want or expect from them. With that being said, I firmly believe that the reality, the truth, the answer to reliability and more successful dog training(whatever you want to call it) falls in that 75%, the biggest section of the bell curve.

Dr. Dunbar, in his seminar, had a really unique 1-2-3-4 process for teaching dogs that moves them through the Cue (1), Lure (2), behaviour (3) and Reward (4). The uniqueness of this process is that, over time, you eliminate steps 2 and 4 leaving you only a cue and the behaviour, as well as a dog that does not require lure or reward because they are working for life rewards or the positive feeling created just by giving the behaviours. The first thing you do is 1-2-3-4 which gets you the behaviour. Then you will do 1-3-4 to teach and/or learn the behaviour. Finally you will only have to do 1 and 3. Now you have a dog that is given the cue and responds to the behaviour, all because of the process of learning. A real life example might be teaching a child to clean their room. Early on, the parent has to tell the child to clean the room (cue) and then show the child how to clean their room and offer some enticement (say an after-school snack) to get the ball rolling (lure). The behaviour is easy - cleaning their room, and the reward is - let’s say - an allowance. As time goes on, the parent most likely still has to tell the child to clean their room, but does not have to entice them to do it, because the allowance is sufficient to get the behaviour. Fast forward many years and the child owns his/her own home. Guess what? If the house is dirty (cue) they clean it (behaviour.) Why…the pride of seeing their own home clean (life reward.). 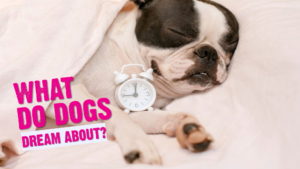 Have You Ever Wondered What Dogs Dream About? 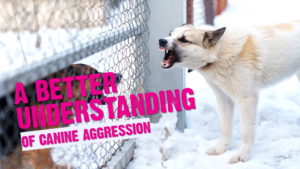 A Better Understanding of Animal Aggression 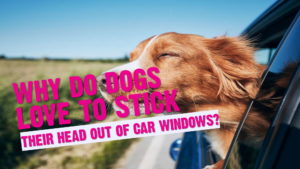 Why Do Dogs Stick Their Head Out of the Car Window?