Ok so it’s probably not that uncommon. We might have played up to an illness ourselves or Googled symptoms and genuinely thought our brain was about to melt, when in reality we've just got a headache, whilst others wilfully act ill. Getting out of work or not attending a boring lecture or family function might be pretty common human reasons for playing it up, but why on Earth would a dog need to pretend to be ill?

What we need to remember is that human hypochondriacs really do believe that they are suffering from an illness in spite of all evidence to the contrary, whereas canine hypochondriacs are in many ways far more innocent. They have simply learned that certain actions are rewarded, and behave accordingly. Given the inventive repertoire of behaviour that dogs are capable of thanks to their playful propensities, and given how strong a drive social attention is for a dog, they are adept at forming such associations in their minds and my word will they stick to them.

Dogs that have been genuinely sick and who get a lot of attention as a result are the prime candidates for the "sick pet syndrome”. They can quickly discover that when sitting quietly or acting normally they are ignored, but if they suffer a sudden relapse of an alarming symptom, their owner immediately rushes over, pets them, makes concerned cooing sounds, and so on. 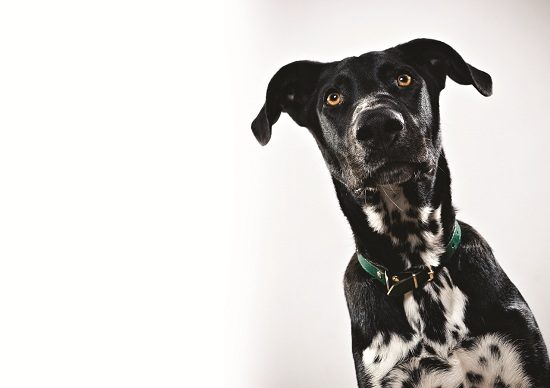 Dogs that suffer gastric upheavals often get extra attention and sometimes special food and so it doesn't take long for certain dogs to learn that bouts of vomiting and diarrhea are rewarded with hamburger and rice dinners, while behaving normally results in the same old dry dog food. Dogs have acquired such imaginary ailments as lameness, muscle twitches, and runny noses, among other things.

The surefire test for whether a dog is faking an illness is to leave the house and then sneak back and peek through a window to watch what the dog does when no one is around to provide the immediate reward of attention. Many alarmed owners, concerned that their pets are suffering from some horrible disease, who refuse to believe that it could just be an act, quickly become converted when they see their lame or paralyzed dogs get up and prance around the house when they think no one is there.

The solution, once it is clear that it is an act rather than a true illness, is simply to ignore the dog whenever he is performing his routine, and to pet him and give him extra attention and food treats whenever he is acting normally, or even just lying quietly. This exactly reverses the previous reinforcement schedule, under which the dog was rewarded for acting goofy and ignored for being normal.

It might seem that a dog that can put on an act only when it has an audience must have some ability to understand the mental state of its audience, a conclusion that seems at odds with the experimental evidence that dogs lack a "theory of mind" and an ability to imagine what others are thinking, perceiving, and feeling. But most likely the dogs in these cases have learned a fairly simple association.

Dogs that seek attention seek that attention from a human, so the presence of a human is the stimulus for its learned behaviour. This is no different from a dog that learns to jump up on a bag of dog food - it is the simple presence of an object associated with a reward that is the trigger for the behaviour. A dog does not have to grasp the idea that another being is watching and interpreting his actions; all he has to learn is that taking such an action when a person is present results in a reward - and doing it when no one is present does not.

Dogs respond to stimuli in ways that they know benefit them. The problem when your dog is 'presenting' signs of illness is that it takes a strong willed human to ignore those signs, just in case. Imagine the guilt if you ignored your dog and it turned out he wasn't pretending. When it comes to treating sick dogs, there is a whole new catalogue of difficulties to understand when it comes to stimuli response.

A very early discovery about canine learning is the dog's tendency to generalize responses to strong stimuli. Therefore, the first stranger who must create stress and discomfort for a puppy, even if it is mild, can do a big favor for other strangers if the experience has a happy ending.

Most dogs tolerate veterinary treatment well; these dogs generally have an inhibitable type of nervous system and/or passive defense reflexes. However, the excitable and/or active defense reflex types may not tolerate treatment well can be a threat to the personal safety of those who must handle them. How can a veterinarian and staff members spot potential problem dogs and avoid the behavioural consequences of stimulus generalization? The solution lies in the practitioner's handling of the pet, and the client's behaviour relative to treatment.

That dogs, and even people, can learn to tolerate painful stimuli is well known. If a painful stimulus is reinforced quickly with one that is strongly pleasant, the expected defense reactions are replaced by responses appropriate to the pleasant stimulus. Several veterinarians have put this principle into practice by sticking a doggy treat into their patient's mouth immediately after inoculations or treatment. This helps immediately replace a noxious stimulus (pain) with a positive stimulus (pleasant taste). Though not 100% effective, it has proved helpful.

However, the strongest forces acting on the pup or older dog commence well before treatment, and continue to affect the animal long afterward. These forces are social, emotional, and they are controlled for the most part by the pet's owner. For this reason, the owner's overall attitude toward the pup, its health, and veterinary care must be considered the primary determination in how a dog responds to veterinary treatment.

When an owner goes to a veterinary hospital with a dog that has just been hit by a car, the emotional prelude to treatment is usually steeped in concern, if not outright hysteria. Few clients have the insight to control their emotions in these situations - adopting the calm approach of a trained technician. In these cases it is generally wisest for the veterinarian to treat the injured pet without the owner present, thereby avoiding further emotional stimuli and their influence on the dog.

On the other hand, a dog or puppy experiencing its first visit for routine veterinary care can be conditioned to perceive the entire procedure as one of pleasure when properly handled by the owner. If, during the trip to and arrival at the hospital, waiting in the reception area, meeting the staff and veterinarian, during and (especially) following treatment, the owner is careful to display only happy behaviour toward the pet and the external circumstances, the experience will be positive and socially rewarding for the dog.

This behavioural routine is not easy for owners predisposed to overly sympathetic reactions toward the pet. However, when the importance of their behavioural example is explained, they usually comply.

It is important for dog owners to understand that whatever their dog is doing, it is a learned response to a stimulus and therefore is the result of previous reinforcement. If a dog received a bundle of fuss and a truck-load of treats because someone stepped on his paw, he won't associate the fact that it was you or your friend that stepped on him, he'll just remember that yelping or limping = pay day.

It is that sort of association that dog owners need to be careful of reinforcing if they are to be able to trust their dog's claims of illness in the future. It's a tough one to call and it is always better to be cautious, but don't under estimate your dog's ability to play you like a violin if wants some attention.

If you think your dog has ever played the role of a hypochondriac with you, please let us know your story. We'd love to hear from you.