At K9 Magazine we often like to play a little game. It's called, Guess The Crossbreed.

It's simple enough. We take a picture of a dog that's been added to DogsBlog.com (one of our sister websites) under the category 'Unknown Crossbreed' and have a bash at guessing which breeds have gone together to create the dog in the image.

Sometimes this game is extended to dogs where we believe they have been incorrectly labelled as a particular cross when we (or more to the point, I) think differently, says Ryan O'Meara.

I've always prided myself on my abilities in this game. In fact, until recently I had a 100% record.

Sure, you cynical types might be thinking to yourself: "How can you have a 100% record in a game where there is nobody who can actually confirm the true identity of the crossbreed?".

Well, see, in this game I get to play the role of quizmaster, contester and arbitrator of right and wrong answers. In the absence of any evidence to contradict me, I win all the time. It makes me happy.

Late in 2014 I found myself the proud new owner of a crossbreed of my own. A rescue dog who has lit up our lives following the passing of our beloved Labrador, Chloe.

He came as Milo but as I have a zealous opposition to dogs who's name ends in the letter 'o', (try saying the word 'No' and then adding any dog's name ending in 'O'. Poor dog will think he's constantly being told 'No'), so Milo soon became Danny.

Danny is a large black and tan dog who came to us from Black Retriever X Rescue. He's black, he's definitely an 'X' but he ain't no Retriever, but his pleading eyes and plight meant the rescue intervened to save him.

Danny was confidently labelled by the rescue as a Doberman cross Rottweiler.

As I already have two Rottweilers, Christopher and Mia, I was more than happy to agree - he's certainly got some Rottweiler in him. But Doberman? I wasn't so sure. In fact, I was downright adamant.

In my normal game of Guess The Crossbreed, I would have put forward my evidence that Danny was 'a bit houndy' and advanced it further by saying "wouldn't surprise me if he was a Rottweiler cross Greyhound'. In fact, I did do that. I did it publicly. I did it in full view of everyone on my own Facebook page. 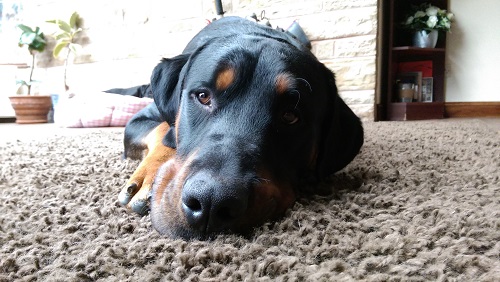 Before you scroll to the end, what do you think the results will show? Write it down and tell us if you guessed right!

In my normal game of Guess the Crossbreed, that would have been the very end of it. I'd have declared myself right and we'd all move on. My 100% record in tact.

Most of us have heard of DNA and DNA tests nowadays. Regular viewers to mid-morning TV bear pit 'The Jeremy Kyle Show' in particular would have seen DNA evidence put forward to determine 'who the daddy' and end months or years of speculation within families. Now Danny was going to receive the same treatment.

The first test we did was with What Breed is my Dog (service is no longer available) and a second was with DNA-Worldwide.

The process for both tests was the same. They each sent us a DNA testing kit and the process was painless, simple and surprisingly exciting. Seriously. When you start the process you will start to feel a bit giddy with the thrill of finding out about your dog's ancestry. 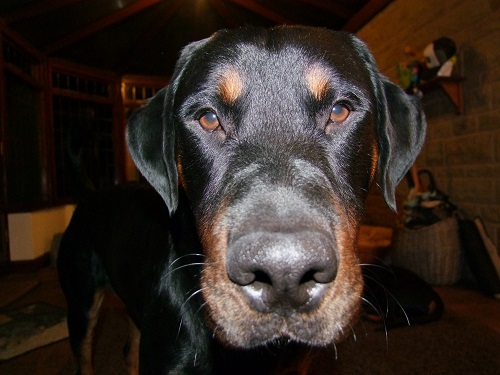 With DNA-Worldwide, once you have submitted your samples, a few small swabs of saliva from inside of your dog's cheek, they set you up with access to the online admin area on their website where you can view the progress of your test.

The actual testing process for a mixed breed dog goes like this (from their site):

Sure enough, in the allotted time we received an email that Danny's tests were done and we could now compare our first and second test findings.

The results from both companies were presented in a very attractive PDF document. They contain details of how the DNA test was done and, of course, the details as to what breed(s) are in your dog's family tree, as well as the history of breeds featuring in the dog's DNA.

In Danny's case the results came back both the same, even though he went by an assumed name in one of the tests.

The entire process was a lot of fun and very informative. For generations, dog owners have often wondered the true heritage of their pets and now, with the power of DNA testing it's possible to get an answer.

(What? You were expecting me to reveal the actual results of Danny's test?) 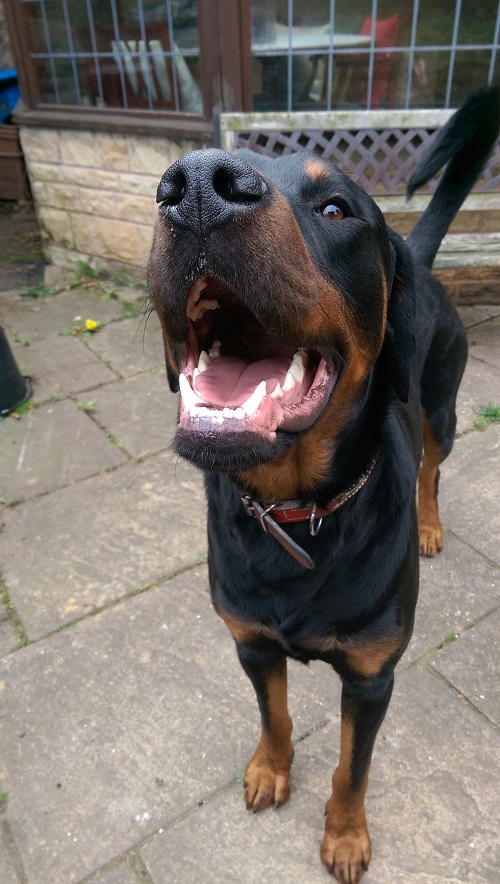 My reign as champion of the Guess The Crosbreed Game is cruelly cut short and all because of a little bit of science.

If you want to find out the mysteries of your dog's heritage, go to www.dna-worldwide.com/pet-dna-tests/mixed-breed-dog-dna-testing