Losing a pet can change you in ways you didn't expect. It changes the routine you've grown to know, it alters the household dynamic and how you cope with that I don't think you can predict until that day arrives.

New research out this week, conducted by pet insurer Direct Line, highlights the bond we have with our dogs and how the grief process we experience when we lose a beloved pet is the same as losing a family member, because (and rightly so) we consider our pets part of the family now.

According to the survey almost half of dog owners take time off work to mourn the loss of their pet and the majority, six in 10, were open and honest with their employers about their need for time off.

Steve  from Aldershot in Hampshire spoke to us about the loss of his two beautiful dogs, Tara and Boris (pictured below, left to right in their younger years). Being self-employed Steve found it difficult to take time off work but he ended up taking 10 days off after the loss of his dogs. 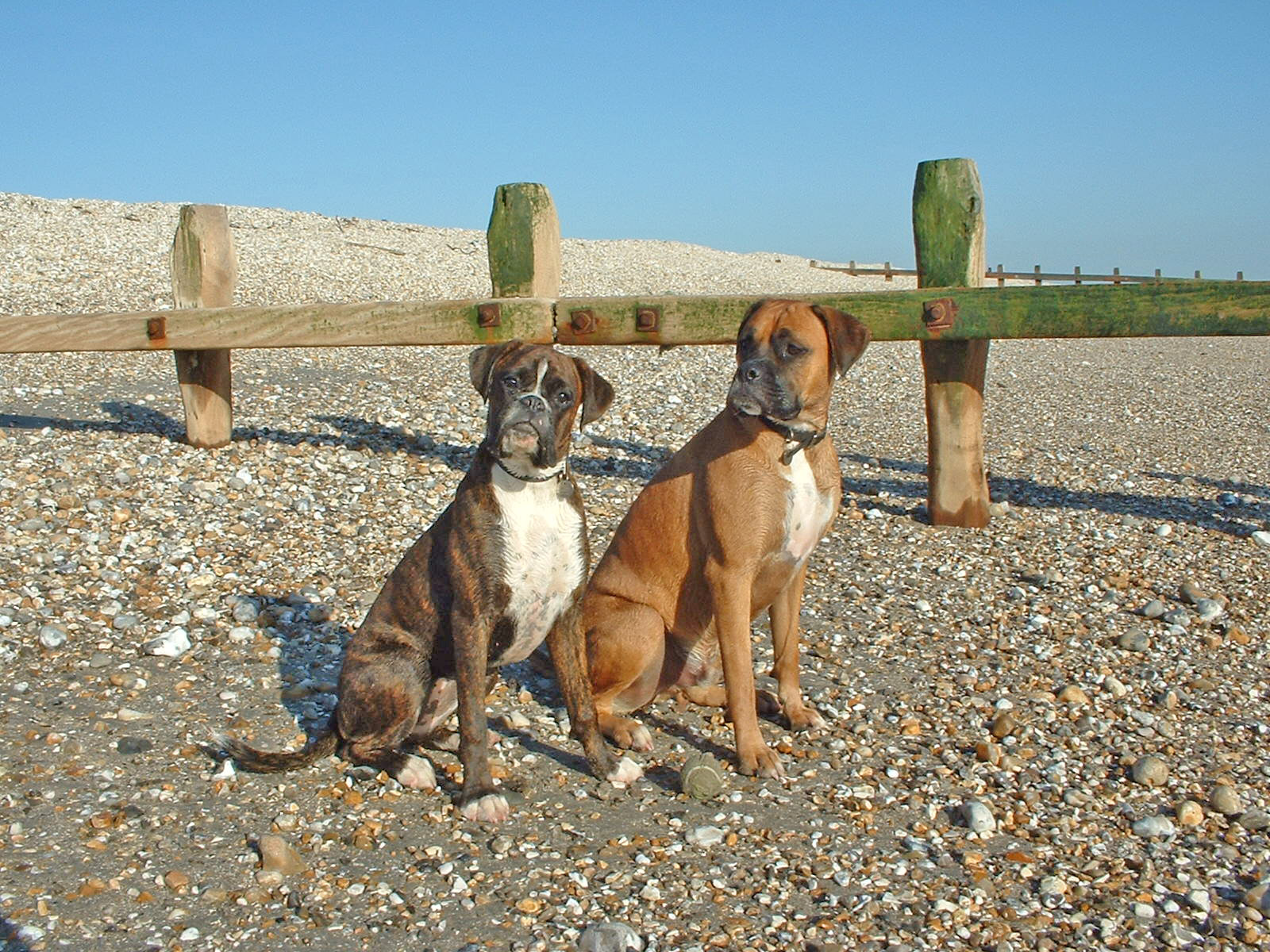 He lost Tara, a Boxer, in November 2012 and Boris, a Boxer cross in March last year. Boris had been battling an illness for three years, when diagnosed it was said he wouldn't last more than a few months but he went on for another three years, Steve recalled.

"He had lumps and bumps and a huge lump on his leg. I had to get that removed as it burst and would not stop bleeding. All the years he had it the vets said not to remove it. In the end I was forced to, and he came through it fine. I was so close to both of my dogs, especially Boris.

Recalling Tara's last moments, Steve said "when the time comes to have to put your beloved best friend to sleep is not easy for anyone I suspect. When I went down to the vets and went through the process I could hardly see for tears. I went in to the room with her and you could tell she just wanted to go to rest. She just let them, and it was heartbreaking watching.

"In the end I had to go out the room and then went back in to say goodbye and I stayed in their with her for about 20 minutes. I said I would not put myself through that again but when Boris died I had to do it all over again. This time it was even harder. He just rested his head on my hand as if to say thank you for letting me go. It is something I will never forget." 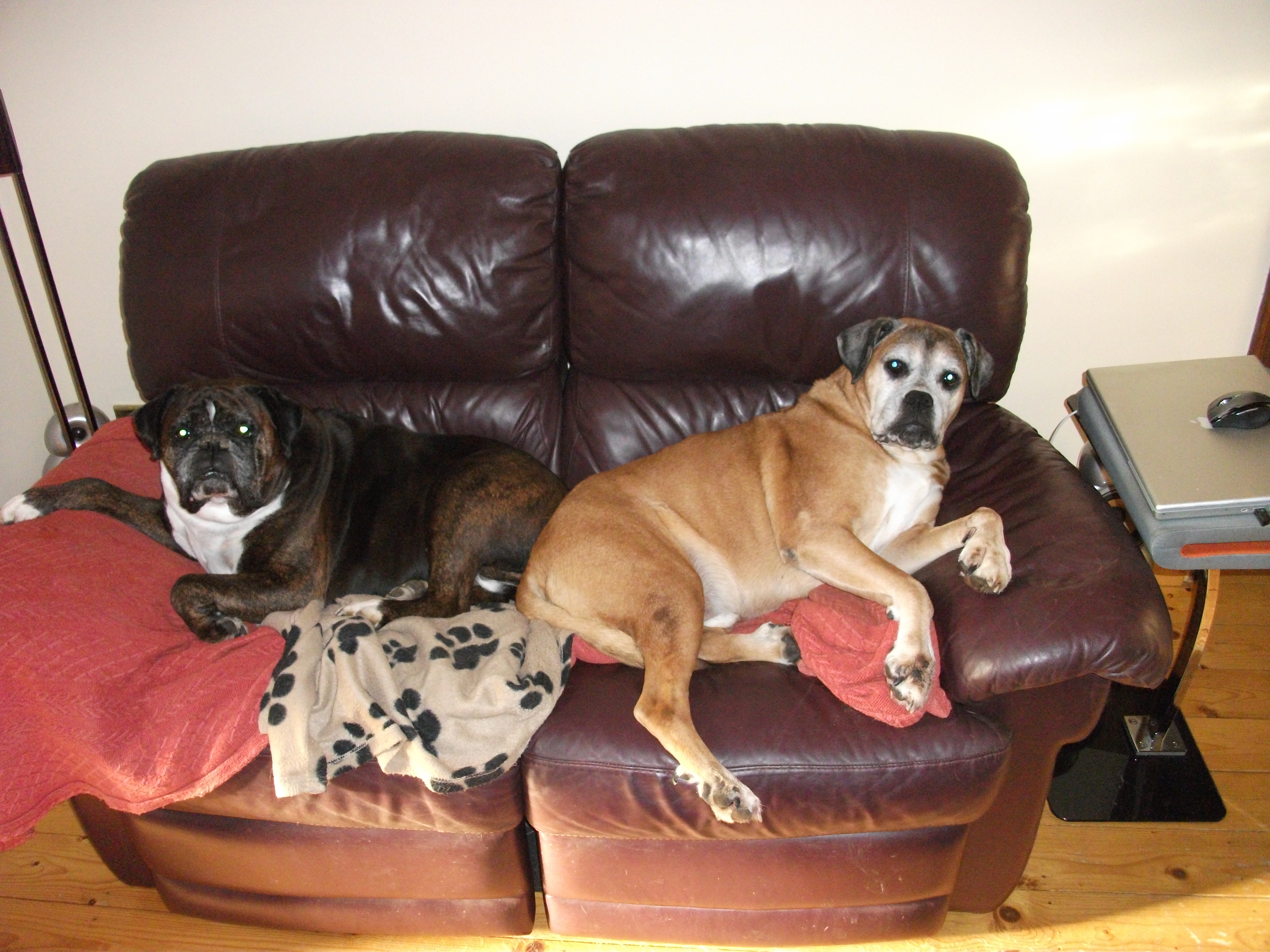 Speaking about how the loss of his companions has affected him, he said: "Since then I have been ill as it affected me a lot.  I have never cried so much and I am sure it brought on my heart problems last year. Not long after Boris was put to sleep, I have since had pain and currently undergoing stent operations. The heart break was almost too much to bare and if this is having a broken heart then I have one.The hurt is just as bad now as it was then if I start thinking about them."
When asked about what he's learnt from the experience of losing a pet Steve said, "you never learn anything different other than we all may say 'I cannot put myself through this again'. I said that and I was 60 last year, and feel that it would be too much to go through again...but I now have another rescue Boxer cross. A sad case, but he just came to me from a customer I visited who was looking for a home for him and it felt as if it was meant to be. I think he is Boris reincarnated as he is the same colour and has the same mannerisms...something you couldn't plan, and I think it was fate."

You can read more about the research findings and view the infographic overview on Dogmagazine.net

If Steve's story has affected you and you'd like to share your own tales, please comment below - we'd love to hear from you and all about the dogs who've meant so much to you.