The first day I was to meet Charlie Brown, I felt like the namesake cartoon character about to try another proverbial kick of the football. I was nervous, but determined to see it through, and so I arrived four years ago on a summer day at the farm in South Florida which houses the headquarters and training facilities for Canines Assisting Military Operators, better known as the CAMO Foundation, writes Matt Kleeman.

I had mixed feelings. I still was recovering from a traumatic accident that had left me paralysed from the chest down. The prospect of now having to take care of a dog when I was still learning to take care of myself seemed daunting. Did I really need the added burden?

As soon as I arrived at the facility, I was introduced to a beautiful, chocolate brown Lab with a funny name. Mike Lorrain, the head of CAMO (http://camofoundation.com/) and its chief trainer, didn’t waste any time and immediately began my first training session with Charlie Brown. It’s hard to describe the first encounter – I was both nervous and excited. I didn’t want to screw up anything right off the bat. I wanted to make a good impression. It turns out that Charlie Brown didn’t care about any of that. He just wanted to show me the ropes.

My story of Charlie Brown began well before our first meeting. I grew up in South Florida where everybody does water sports. I gravitated toward scuba diving, and I was good at it. By the time I was in high school, I began to seriously think about it as a career.

As soon as I graduated high school, I joined the U.S. Navy to become a professional diver. After graduating from dive school, I was stationed at a naval yard in Groton, Connecticut where I worked on repairing U.S. Navy submarines. For a Florida boy, it couldn’t get much colder, but the work was pretty exciting and my future seemed set. First, a career in the Navy, and then afterward, maybe I would open my own dive shop in South Florida. 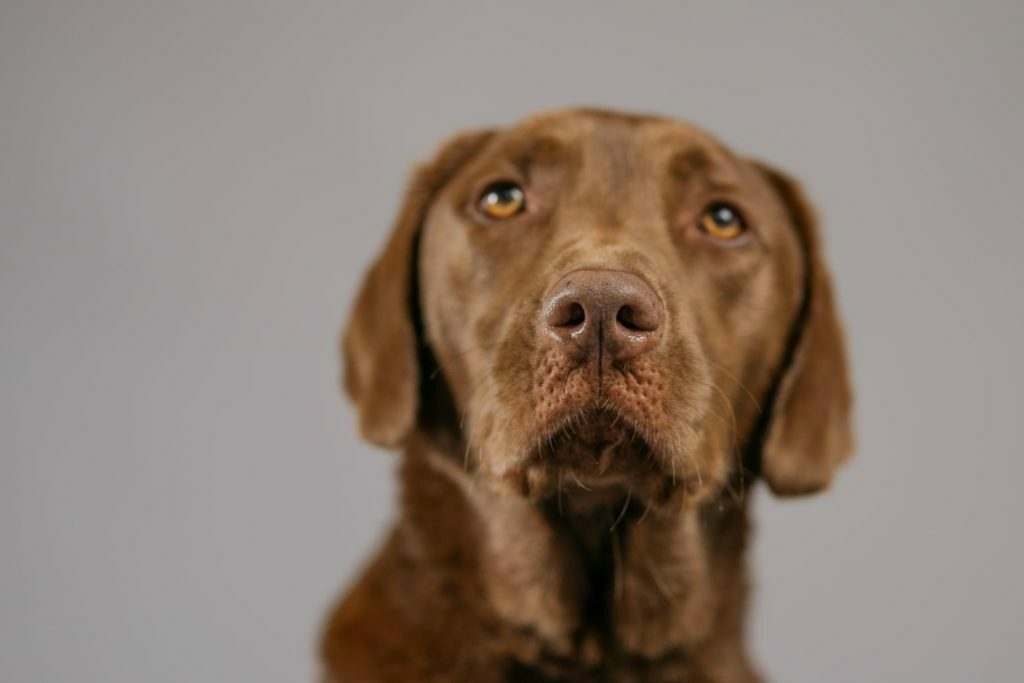 That pathway came to an abrupt halt on a snowy Sunday afternoon in Connecticut during my second year in the Navy. I was on active duty and driving back to the base in New London, CT, where I was stationed at the time. Suddenly, I lost control of the car. The next thing I remember, I was waking up in the hospital. The damage to my body was life-threatening – a complete spinal cord injury.

About two years after the injury and after completing my occupation therapy, a family member told me about Mike Lorraine, a professional canine trainer who specialized in service dogs. He had begun a foundation which focused on the needs of injured veterans.

After graduating my training program at CAMO, Charlie Brown came home with me and has been by my side ever since. I think of him more as a partner than a pet. He helps me with everyday tasks and obstacles. For example, if I fall off my wheelchair, I’m able to use Charlie as a support to get myself seated again. He'll help me pull the laundry basket from the service porch into my bedroom, and he carries the groceries inside. If I drop my phone underneath something that's hard for me to reach, he'll retrieve it for me.

Our favourite bonding activity is fishing. I do a lot of offshore fishing, and he's always with me. He wasn't a huge fan of water at first, but he's learned to love it. We also exercise together. I'll take him on a ride around the neighbourhood, whether it's my hand cycle or my wheelchair.

Now, that sounds all very serious, but we definitely have our fun. Our favourite party trick – which always surprises everybody the first time they see it – is when friends come over to my home, and Charlie goes to the fridge and grabs a beer for them. 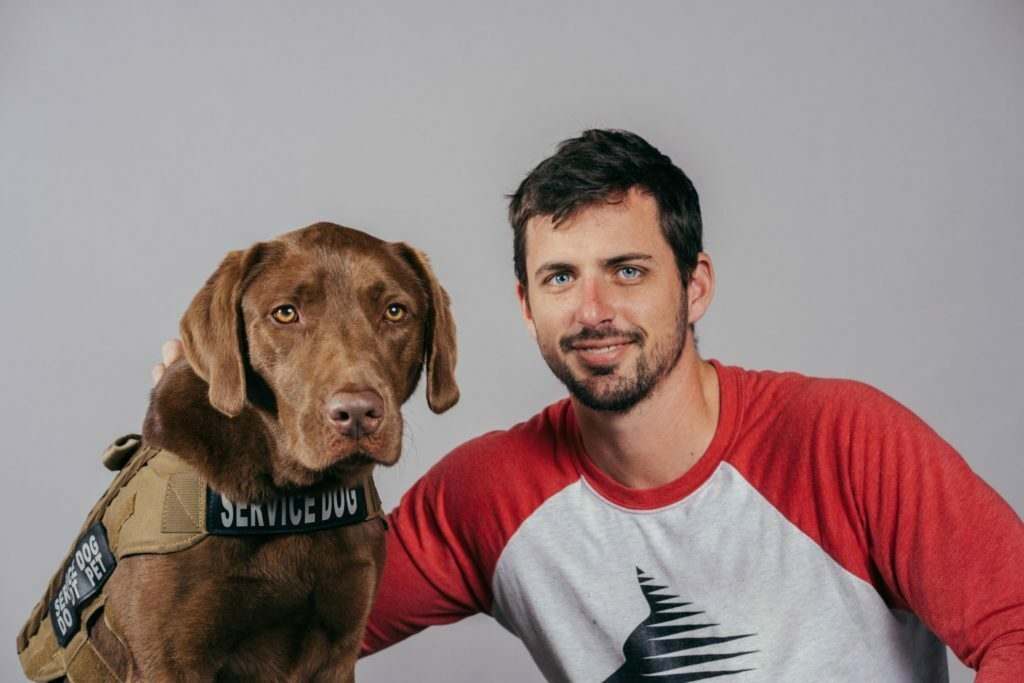 Today, I volunteer with CAMO, helping out in any way I can. I share with other disabled veterans how a service dog can change their lives. But I don’t kid myself. The one they’re really interested in is Charlie Brown. They always ask about Charlie’s background. The truth is, no one knows. He was just left at a local animal shelter and his original owners were never found. When Mike was looking to train his next dog, he saw potential in this beautiful Labrador Retriever with a silly name. 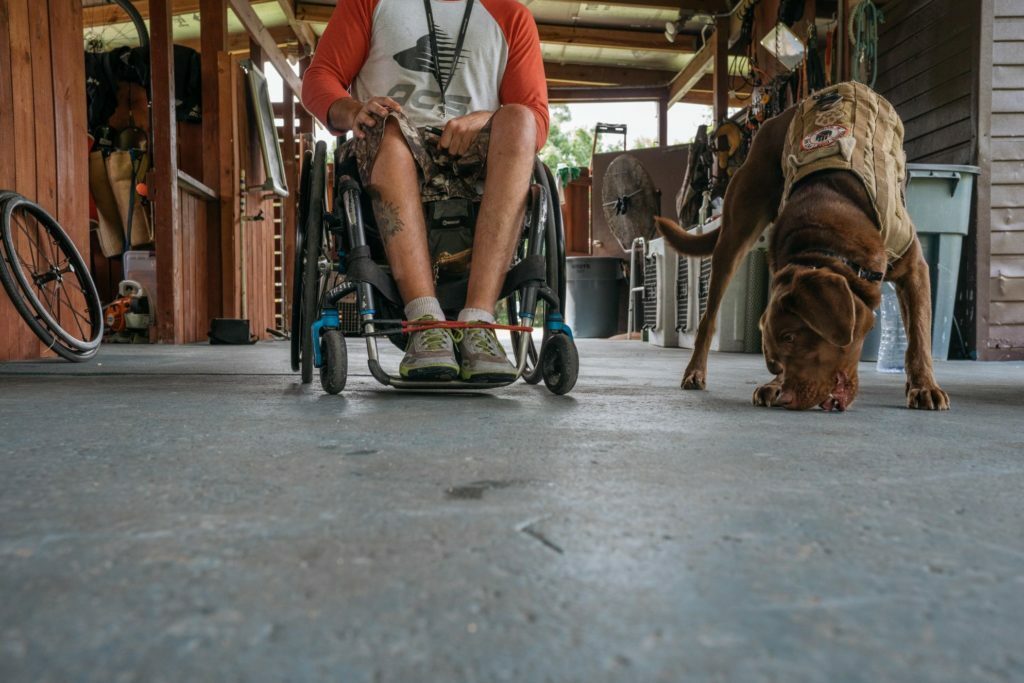 I like to imagine that Charlie Brown originally had a loving family who, through circumstances beyond their control, had to give him up. I also believe that he knows that will never happen again.