A new study has revealed that dogs can go grey as a result of stress and anxiety, like humans.

Dogs with heightened anxiety around unfamiliar animals, people and a fear of noise seem particularly at risk of premature greying.

The study, which has been published Applied Animal Behaviour was led by Camille King and Northern Illinois University professor Thomas Smith, also discovered that a dog's size and whether he/she was neutered or spayed had no bearing on their greyness, but female dogs tended to have higher levels of grey than males.

As the study got underway, King and Smith were joined by animal behaviourist Peter Borchelt and renowned author/researcher Temple Grandin meeting dogs in parks, veterinary clinics and at shows, among other venues in Colorado.

The study examined 400 dogs aged between 1-4 years old focusing on the muzzle area of dogs with darker coats. Those with white, cream, grey or merle-colored muzzles were discounted so that grey hair could easily be distinguished between a dog's natural coat colour and any grey hair. 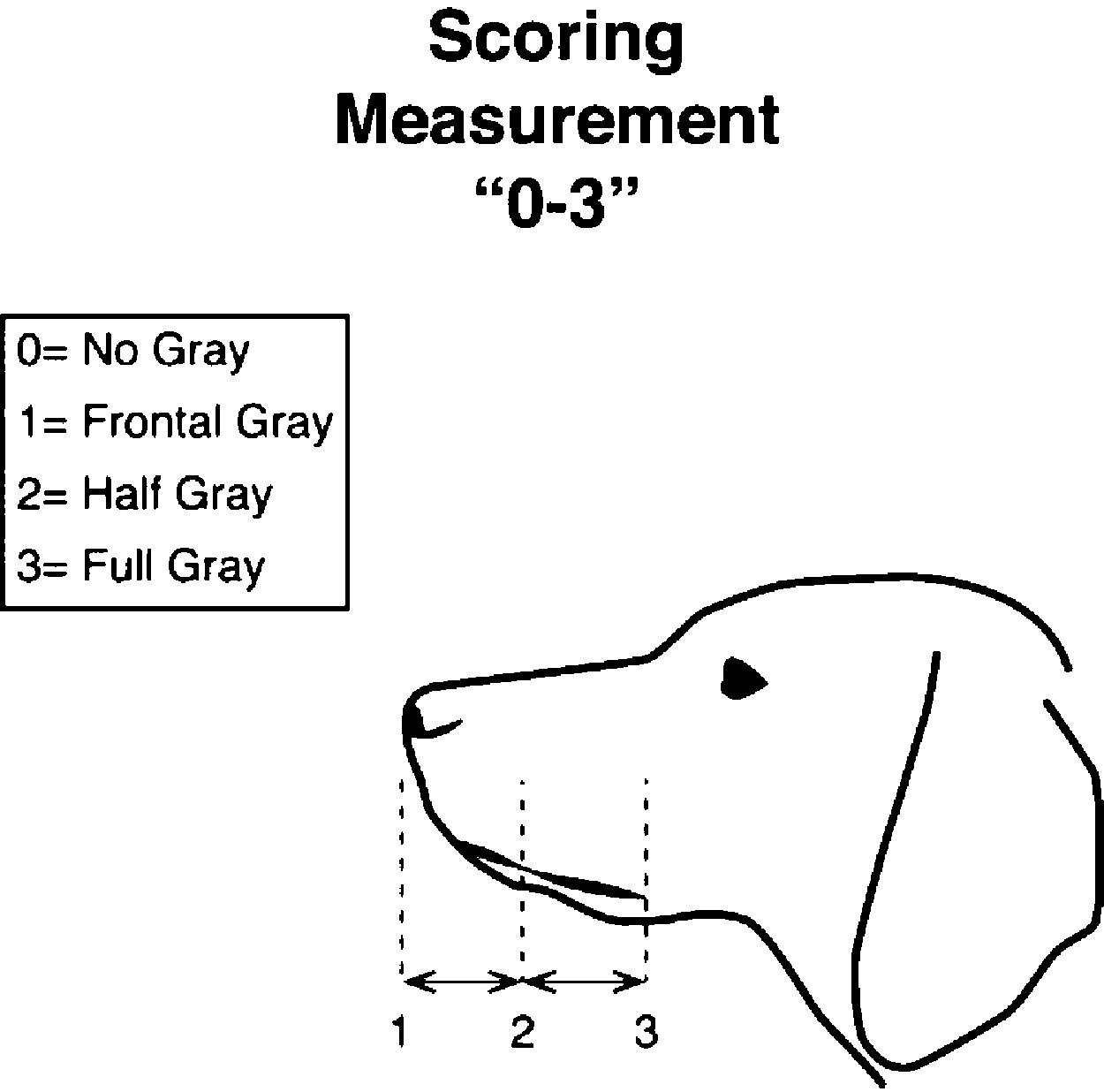 Speaking of the findings, Thomas Smith said: "At first, I was somewhat sceptical of the hypothesis. However, when we analysed the data, the results actually were quite striking."

This is the first study of its kind in relation to dogs. Previous studies have examined world leaders before/after their time in office to reveal a noticeable difference, although scientists are still debating to what extent greying among US presidents is related to stress or genetic.