Romania has a rich cultural history and has been through many political transformations. Some of which have been for the better of its people, others may be debated by those who reside there.

But while Romania was undergoing a transformation in the 1980's led by the then president Nicolea Ceausescu, who sought to industrialise Romania, the country's stray dog problem began signalling the beginning of a problem which would only worsen as the decades rolled on, says Bagdat Ozarslan from REAN (Rescuing European Animals in Need). 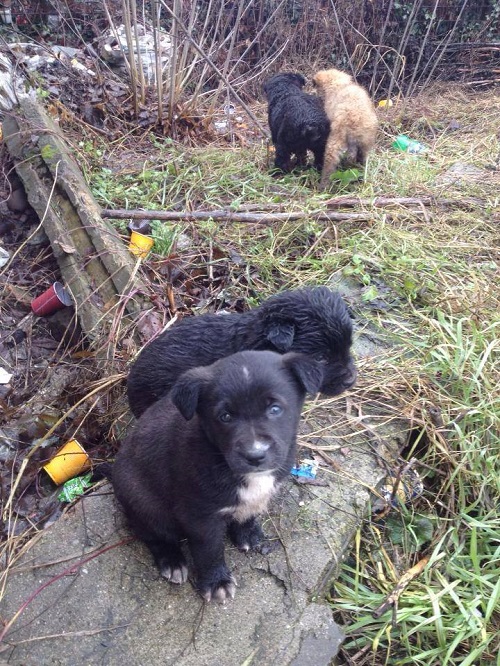 During the transformation people were forced to leave the countryside and move to the cities. Bungalow houses were demolished to make space for large apartments and as a result, people abandoned their pet dogs (who were by and large un-neutered) and the inevitable happened when the dogs bred.

It's estimated that there are currently 3 million strays across Romania, and this figure is rising. From 1st March 2015 a new law came into effect which said all pet dogs must be microchipped and spayed. To avoid being fined, people have chosen to abandon their dogs. 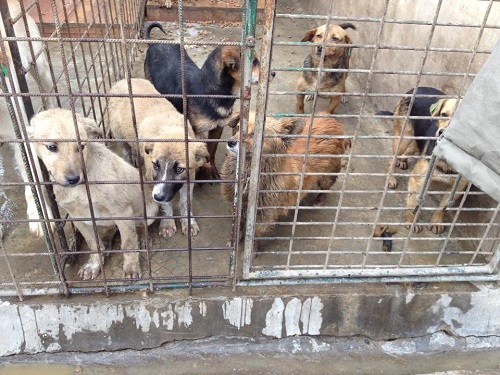 Times are hard across the globe, but take a moment to think about this. By and large, dogs are considered expendable in Romania. A second thought isn't given to how they'll cope, and many small breeds are unable to survive living on the streets.

The country relies on small rescue groups, like REAN, but sadly animal welfare groups like us are targeted by authorities because helping and rescuing stray dogs isn't on their agenda. From being attacked to having smear stories written about us, we take it all, because our ultimate goal is to save as many animals as we can and help give them a better future.

Monica, now named Romi, was one such dog who found her new home with celebrity owners, Sue Moxley and David Van Day, pictured below. 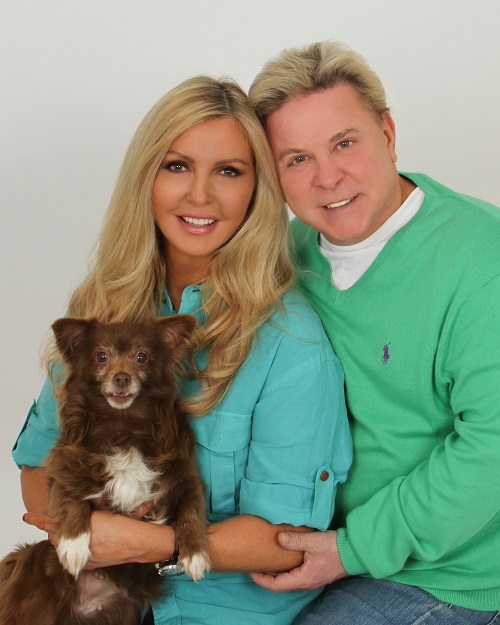 Find out how you could have your dog photographed by James and help REAN at the same time at the end of this feature.

Sadly, stray dogs who live on the streets are abused by most locals, most are skin and bones, and sick.

This way of thinking is indicative of the countrywide view, on the whole, towards dogs. It's not uncommon to see dogs limping injured and left alone after being hit in a road traffic accident. 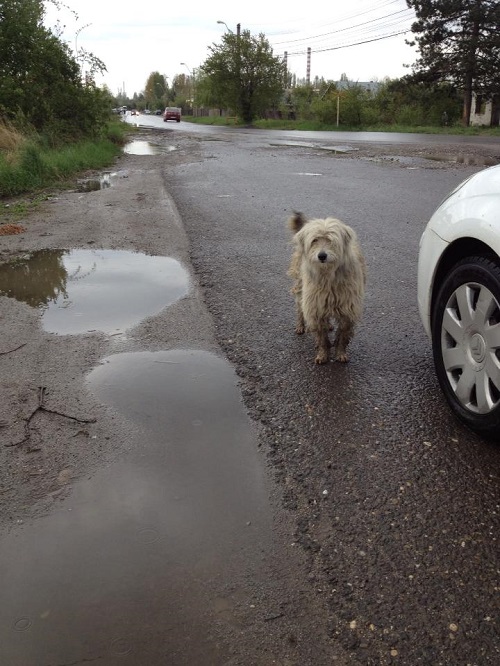 When you are in Romania, it is rare that you drive for ten minutes without seeing a dog who has lost its life on the road, and many who are alive and suffering. When cars hit them, people just ignore them, and no one ever takes them to the vets, so if they don't die at the time of the accident, they suffer until the succumb to the inevitable.

We have been able to save some though and that's what keeps us going. Our veterinary team work day and night to bring them back to health. 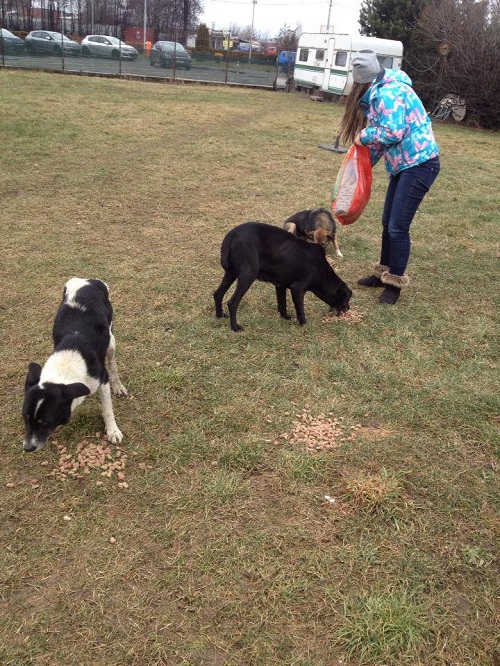 In September 2013, a young boy was allegedly killed by a stray dog, which resulted in Parliament bringing out an emergency legislation to cull all stray dogs. The autopsy report was not shown to anyone, and we later found out that the boy was killed and thrown into a gated yard, where he was shockingly mauled by guard dogs - rather than stray dogs. But this sad incident provided the perfect platform for the government to push through a legislation to cull stray dogs. Until this point, the dogs in shelters captured by dog catchers, for example, were not killed officially, but instead left to starve.

The fate of a dog once caught by a dog catcher is generally sealed. On some occassions, if the dog wasn't meant to be straying an owner can bribe the catcher to release him. On others, organisations who have the dog's best interest at heart, will break in and release the dog, knowing their fate lies in safer hands with the rescue. 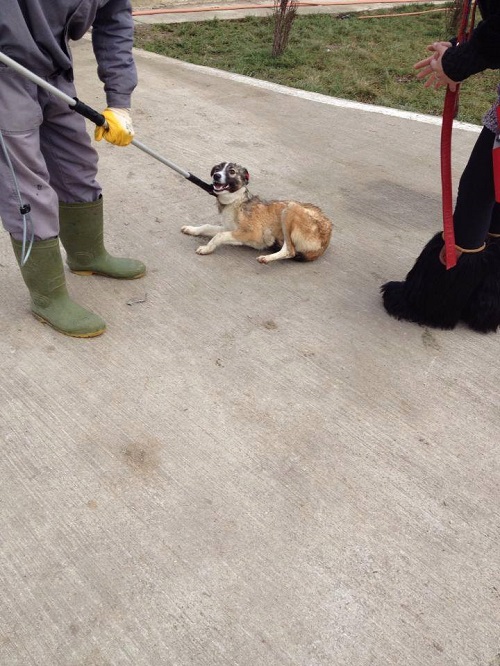 Part of the problem the country faces is that money is at the heart of the matter now. People have been corrupted by the money they can make from capturing dogs.

Across Romania each city's major sets their own animal welfare agenda using funding, for example, donated by the EU for tasks such as vaccinating all dogs for rabies. 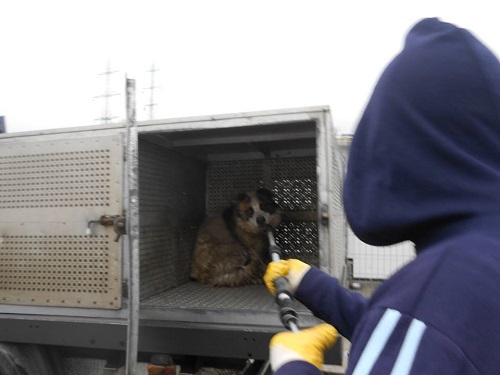 The average wage for a Romanian is approximately 200 euros per month. The ASPA, an organisation set up in Bucharest by the mayor, has an annual budget of 8.4 million euros, so it is easy to see how money plays a part in how someone will act, and the job they will do, if it means they can take a bigger wage.

The money which can be made from capturing, killing and selling stray dogs is obsence. It is known that nearly all are bought by a company who makes products, such as soaps and candle wax. To give you an idea of what's at stake – I believe the ASPA renewed its contract with this company for 1.2 million Romanian Lei's, which roughly converts to £200 million (GBP) – that's what the dogs become worth to this 'industry'.

We intervene wherever we can and rescue them with the hope of giving them a better life but as humans, where do we think this will end? 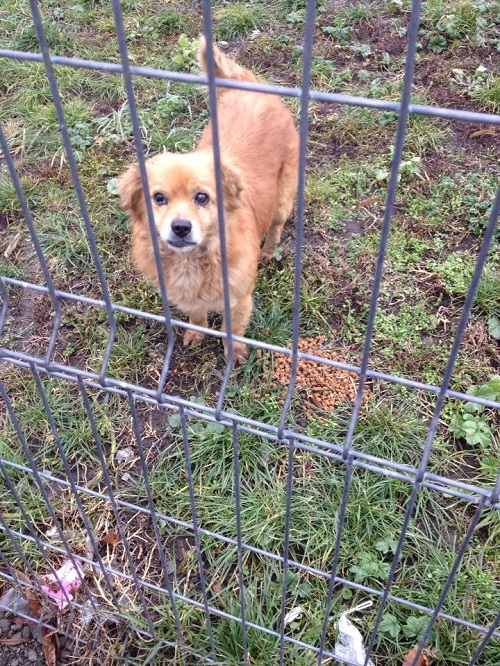 You are no doubt reading this as someone who loves dogs. Someone who has a dog most likely sitting at their feet. A dog who has been fed daily and a dog who knows he's loved.

The life of a dog should not come down to pounds, pennies, euros or lei's, as it does now in Romania, but where this situation ends we cannot say. We hope one day our animal welfare turns a corner.

Romania is part of the EU, we are meant to be a civilised country, but there is nothing civilised about the way we consider, and treat, man's best friend. 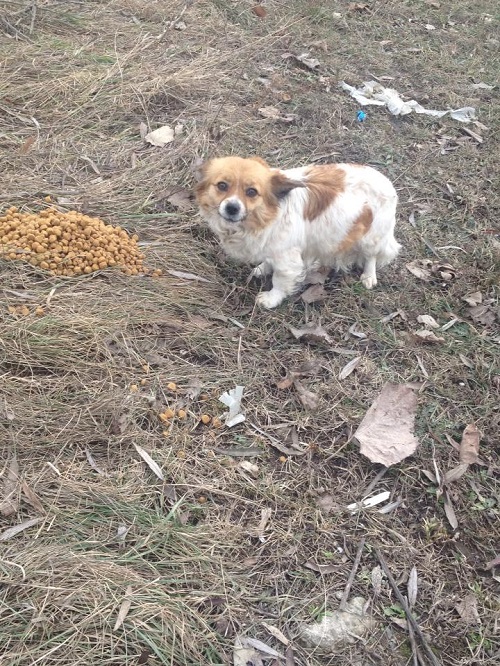 At REAN we do our best to find new homes for dogs in Europe or further overseas to give them the future they deserve and truly put the past behind them.

Here are some of our Happy Ending Stories...

REAN have so far rescued around 500 dogs and rehomed them in the UK, Germany, Austria, Sweden, Czech Republic, Canada and France. We rely on donations from our supporters. We have two shelters in Romania, where we place our rescued dogs until they find homes. To sponsor a dog or donate to REAN via PayPal please send to reanauction@yahoo.co.uk

Find out more about REAN’s work and the dogs in their care looking for a new home on Facebook.

Help Raise Funds for REAN & Create Memories With Your Own Dogs!

This month James Carter, Kodak Pet Photographer Of The Year, who photographed Sue Moxley, David Van Day and their former REAN dog, Romi, for K9 Magazine last month, is kindly offering shoots at his Essex studio for only £20, with all proceeds being donated to REAN.

As part of the shoot, you will receive a 8×6 print of your choice. 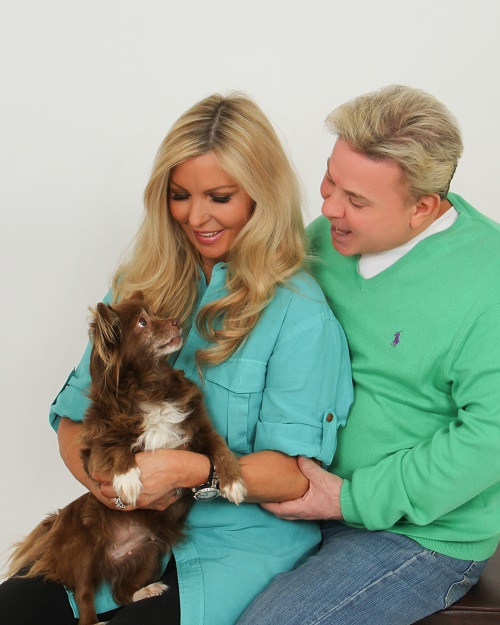 For further details and to book your session, please telephone 01708 44 56 97 or visit www.jamescarterphotography.com