Rich Ting is one of the newest stars of Amazon’s hit TV show, ‘The Man in the High Castle’. Based on Philip K. Dick’s Hugo award-winning 1962 alternate history novel, the show explores what would have happened if the Allied Powers had lost World War II.

A martial arts expert (he was a black belt by the time he was 13), actor Rich told us he’s a hopeless romantic and his dog Bada is the yin to his yang. From the moment they met, he felt an instant connection. “She has always been my shadow from the first time I met her and is right next to me or following me wherever I go.”

He officially adopted Bada three years ago and he and his wife immediately set about bringing her back to health and now she’s the healthiest she’s ever been, which Rich says makes him even more protective over her.

K9 Magazine caught up with Rich to hear more about his life with Bada. 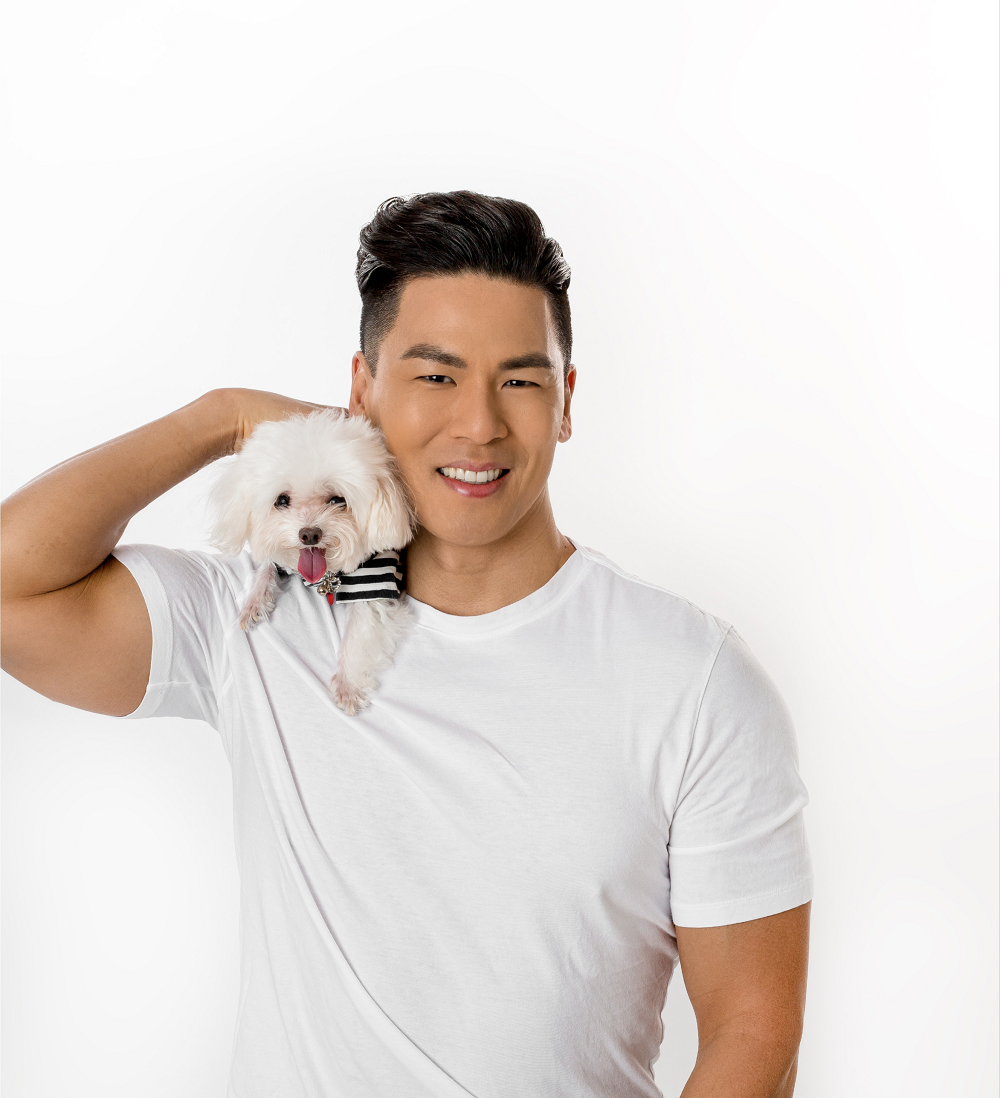 Hi Rich, thanks for taking the time to speak with us about Bada.

I've read that apart from your wife, you've said she's is the love of your life so please tell us how she came into your life.

Bada was originally my sister-in-law’s dog, but when she moved from Los Angeles to Seoul, South Korea (a few years ago), Bada immediately attached herself with me. I have always loved and adored small dogs especially Yorkies, Maltese, and Poodles so I instantly connected with Bada the first time I met her.

She was so small (2.4lbs) and fragile that I naturally became very protective of her. When I officially adopted her about three years ago, Bada had severe teeth and gum infections that were affecting her liver, kidneys, and overall health. My wife and I had to medicate her to bring her blood levels to a safe state, in which she could have her infected teeth extracted before causing any further infection and jeopardizing her overall health.

Fortunately, we were able to improve her blood levels, extract all of her infected teeth, and get her spayed at the age of 10 years old.

How is she now?

Currently, Bada, a teacup Maltese, is 12 years old, a Gemini, weighs 3.2lbs and is the healthiest she has ever been in her life. I would like to believe that she knows that I saved her life. She has always been my shadow from the first time I met her and is right next to me or following me wherever I go. 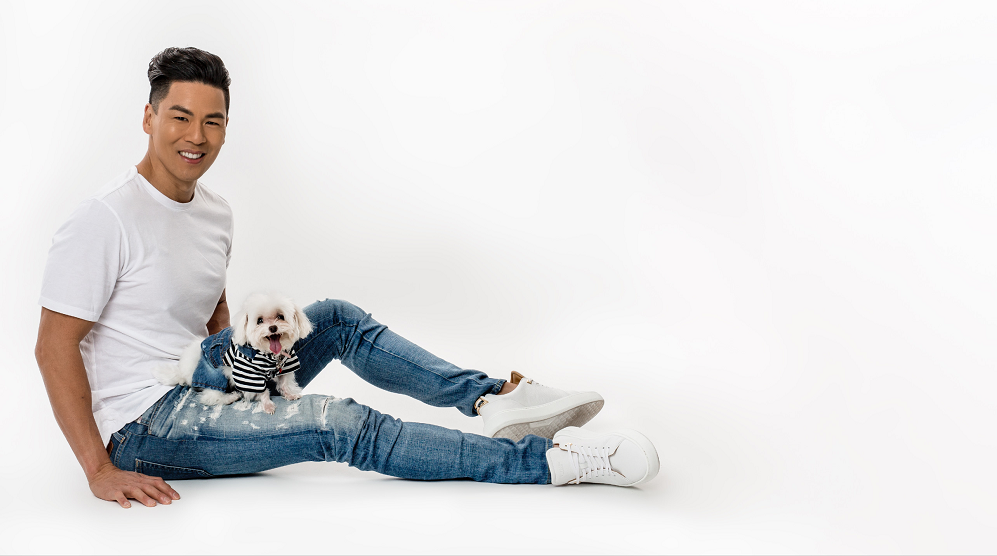 There's an enormous responsibility on us as pet owners to keep our dogs healthy, isn't there? I own an older dog myself and it's always at the back of my mind.

I feel an immense amount of responsibility in taking care of her by making sure she eats well and is healthy. She has a tremendous amount of energy, and her anxiety skyrockets when I am not with her. She, unfortunately, suffers from severe separation anxiety, and as a result, is always waiting for me, and cannot sleep or eat unless I am in her presence.

When we first met, I think Bada sensed my overall energy and immediately attached herself to me. I like to think of myself as a calm and collected person, and I believe that Bada senses this energy, and my overall vibe providing her with a certain amount of stability in which she feels safe, and protected.

Is she your first dog or have you always owned dogs?

Bada is the third dog I have had so far.

My first dog, Diesel, was a Yorkie-poo (Yorkie/Poodle mix), and my second dog, Kona, was a Morkie (Yorkie/Maltese mix).

You're currently starring in Amazon’s Emmy-nominated show 'The Man in The High Castle' playing Captain Iijima. It must be exciting to work on a show that's so different?

‘The Man in the High Castle’ was the first television series that I have ever been cast in for which I was already a fan of the show since season one. Once I was offered the role of Captain Iijima, there was no hesitation in accepting this great opportunity to join this Emmy-award winning series.

It felt as if I had been transported directly from my sofa at home to the High Castle alternate world/universe in the 1950-60s. I am truly honoured, grateful, and humbled to have been welcomed into the High Castle family for its final season. 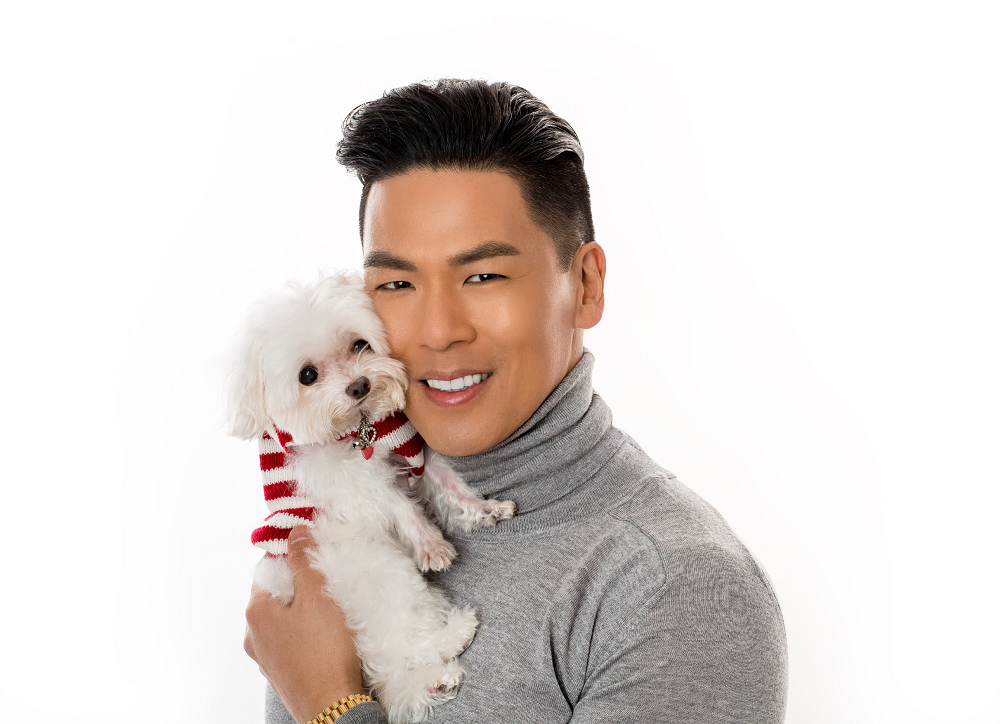 How does Bada factor in your filming plans, if you have to travel, for example?

Every time I book a new show or project, Bada's well being is the first thing I consider. I prefer to travel with her and have her with me at all times.

As I mentioned before, Bada has a tremendous amount of separation anxiety, and I hate leaving her behind. Fortunately, we were able to take Bada with us while filming the fourth and final season of ‘The Man in the High Castle’ in Vancouver, Canada.

How dog friendly is the city?

Vancouver is an extremely dog-friendly city, and it was an absolute blessing to be able to bring Bada with us to British Columbia.

Based on her personality, if she was a TV or movie character, who would she be and why?

Bada would most likely be Phoebe from the hit TV show, ‘Friends’ because of her off-beat and extremely funny personality. Bada is a character - to say the least!

Are there any funny stories involving Bada on the High Castle set that you can share with us?

One of the funniest stories on set happened when my wife brought her to our filming studio in Vancouver. Bada is extremely shy and always stays right next to me, especially in a new or foreign environment. Joel de la Fuente, who plays the intimidating and ruthless Chief Inspector Kido happened to be sitting on a sofa opposite me one day in our green room. Bada arrived on set and calmly walked over to Joel and sat right next to him.

It was one of the funniest and most ironic moments on set. Joel is one of the nicest and warmest actors I have had the opportunity to film with, but in character, he is also one of the scariest and fearing individuals I have played opposite on camera.

I know Bada sensed Joel’s true personality and energy and, as a result, felt comfortable enough to walk over and sit right next to him. Here was one of the most notorious and vicious Japanese Kempetai officers sitting next to a white, fluffy 3.2lb teacup Maltese. 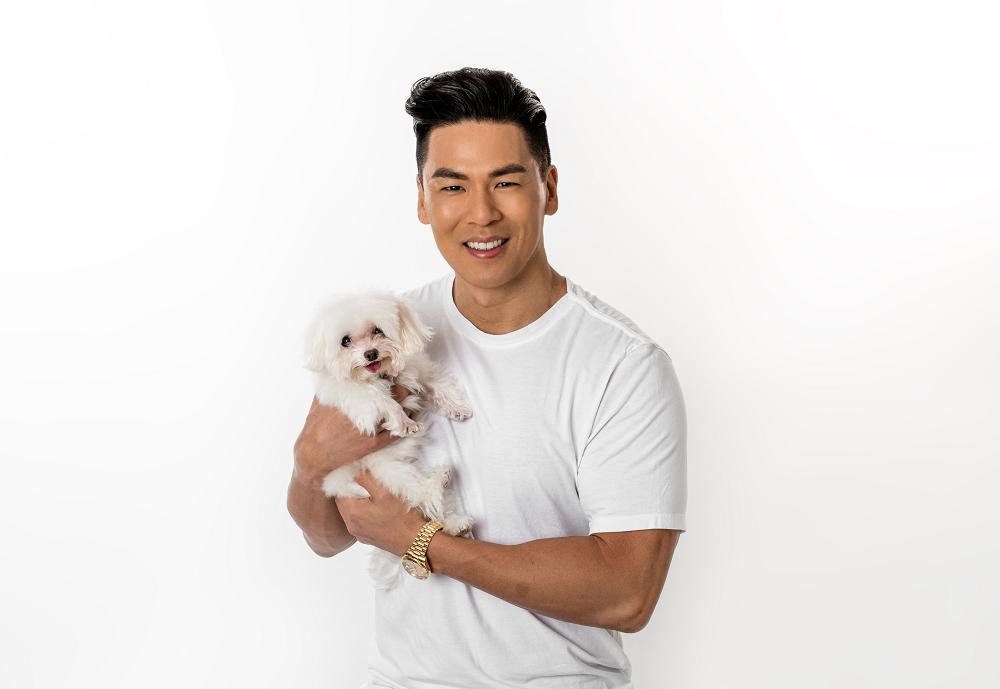 Dogs are known as our best friend for many reasons and the bond you have with Bada is clear so if you were to swap roles with her for a day, how do you think she'd cope being you and what would you love most about being her?

I honestly think if Bada and I swapped roles for a day, we would remain the same. We both are home-bodies and love lounging on the sofa and watching television. We also both love eating and sleeping so I truly think everything would remain the same with our current relationship

I hate leaving her at home but at the same time, I have to go to work to earn a living so I can support and provide for my wife and Bada. We are always on the same page and I feel that we understand each other and what we have to do every day for us to continue living our best lives.

Where is Bada's favourite place in the world?

Not to sound arrogant - and I know my wife would agree with me - but Bada’s favourite place in the world is right next to me. Whether we are on the sofa, in bed, at a restaurant, in the car, at the dinner table, she always prefers to be seated next to me or on my lap.

Tell us something about you that not many people know.

Based on the characters I have played and the images of me in the mass media, I think it would surprise people that I am a hopeless romantic at heart. I also love romantic comedies and am an ultimate foodie constantly searching for new eateries in every city that I travel to. 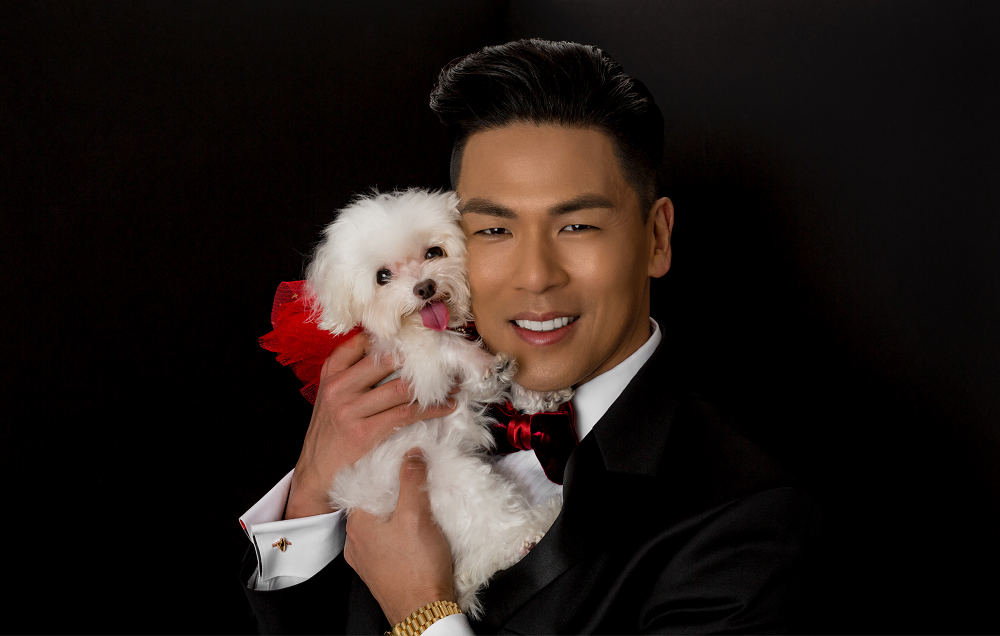 What are you watching on TV these days?

I enjoy watching comedies on Netflix. One of my favourite comedians is Sebastian Maniscalco, and I always watch and rewatch all of his comedy specials. I also like to binge watch various shows, including ‘The Man in the High Castle’, ‘Jack Ryan’, ‘Goliath’, as well as Korean romantic comedies, dramas and action thrillers.

Finish the following sentence, my dog is...the yin to my yang, my love, my life, my balance, my therapist, and my biggest weakness.

And one final question, if you could ask Bada one question and one question only, what would you ask her and what do you think she'd say?

I would ask Bada if she is happy.

Ever since Bada has moved in and lived with me, I have always wanted her to be safe, comfortable, and happy. Seeing her every morning when I wake up, running to me when I arrive home from work, and barking in excitement when I feed her fulfils me with so much love, joy, and happiness. I would hope she would reassure me that she is in fact very happy and feels the healthiest she has ever felt. Her pain is my pain, and I would never want her to hurt in any way whatsoever.