For 14 years I had a beautiful white Cockapoo named Connor, a loyal friend and fur kid who kept me company through the day as I worked and never let me out of his sight. I viewed our life together as happy and loving, filled with fun and hijinks, but was I really doing enough for him?

Despite the canine guidebooks I eagerly read, I could never be sure. Was I depriving him by keeping him out of doggy daycare when it appeared to make him anxious? Did I provide enough toys and stimulation, and of the right sort? Was my unerring affection a balm for him, or a bore? 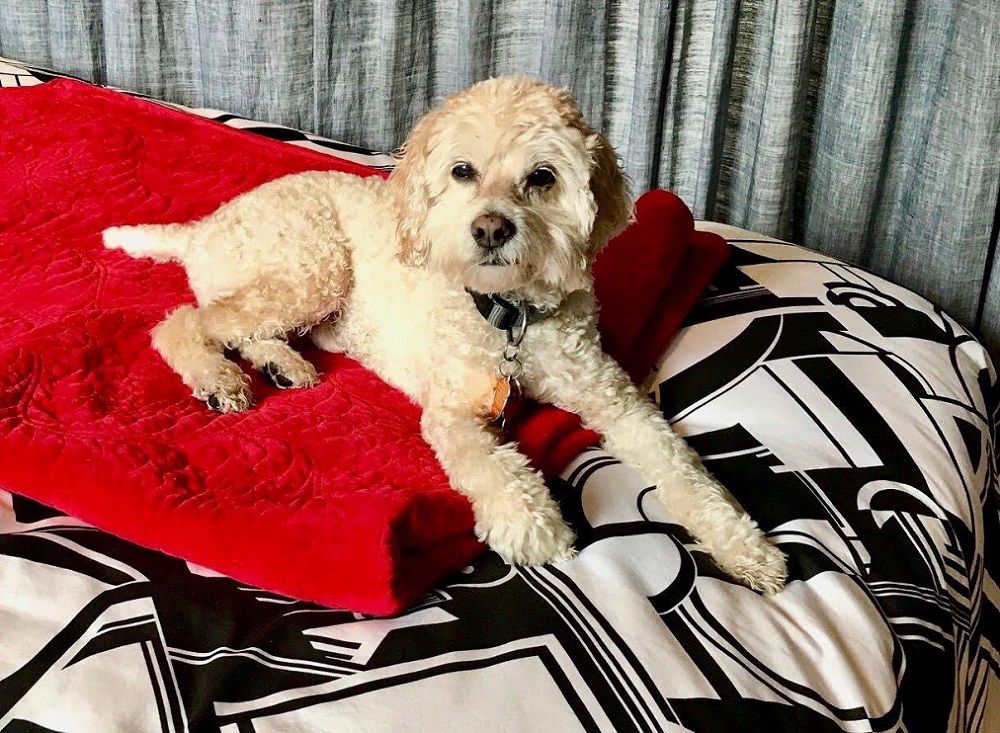 Connor died a year ago in the midst of a canine science revolution that has answered my many questions and more. It turns out I did much that was right for Connor, especially caring so deeply about him, but nothing could have prepared me for the nuanced advice and information to emerge from the field of canine psychology and neuroscience over the past year, writes Pamela Weintraub, author of ‘The Meaning of Woof’.

So much of the research points to our domestic dogs as truly capable of loving us, validating the bond I long felt. Dogs even produce oxytocin, the love hormone, when their human is near. They feel deep emotion from joy to grief. They can literally smile. Like children, our dogs can be happy or miserable, depending on how we treat them, and they want us to approve.

But dogs that live with us inhabit the human realm, and that is sometimes hard. One fine point I missed, to a degree, falls under the category of “let dogs be dogs.” Cultivating the “dogness” of your dog is one of the best ways to give your canine companion a fully felt and satisfying life. 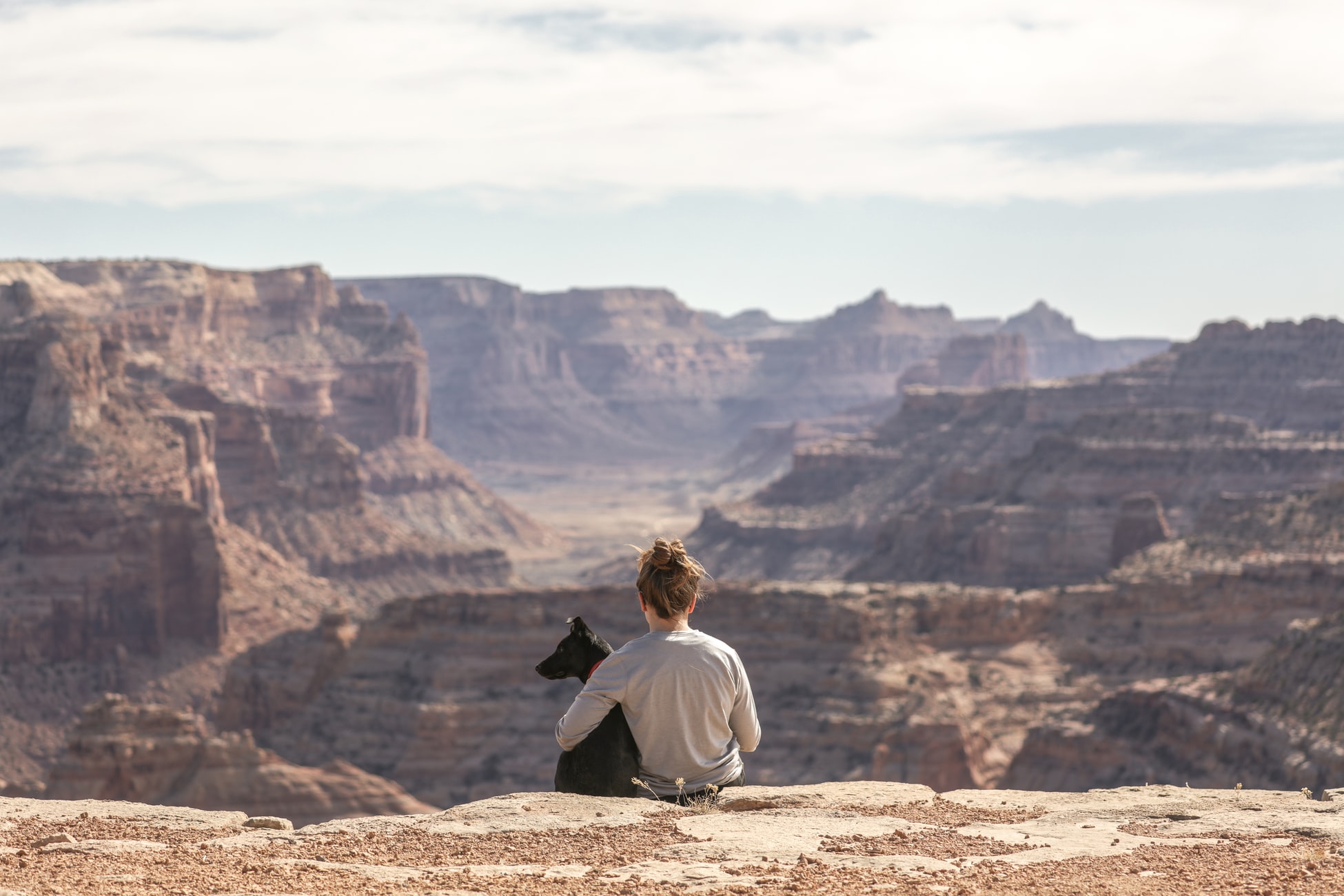 It turns out that our dogs inhabit a universe defined not by vision, like us, but rather, by intense, constantly changing scent; so letting your dog take long leisurely walks where he or she is free to sniff surroundings fills a primary need. Likewise, your dog speaks to you not just through barks and whimpers, but also body movement and gaze.

With each passing month, scientists at the world’s top universities and trainers working at the cutting edge reveal more secrets and capabilities of the canine mind, explaining how to give your dog the best life possible. I think I did pretty well by Connor, but feel thrilled by the explosion of new approaches and insights into the canine mind, covered here.

‘The Meaning of Woof’: an excerpt

This chapter explores the psychology behind how dogs impact on our wellbeing, inside and out. We especially enjoyed it at K9 Magazine, and think you will too.

How dogs help us heal

Our four-legged friends are more than mere companions. They can also significantly help to boost our physical and mental health.

After a bad day at the office— you made an error on a report, your boss scolded you and then you sat fuming in traffic during your commute home—there is often only one thing that can turn your mood around a full 180 degrees. And it’s not a shot of whiskey or a glass of wine.

Rather, it’s walking through the front door to be greeted by a happy, loving face that is excited to see you and clearly wants to spend time with you. Sure, your spouse or kid may also do this, but we’re talking about your four-legged friend. How can you feel bad when your dog is jumping up, giving you kisses and is thrilled by the simple fact that you came home? 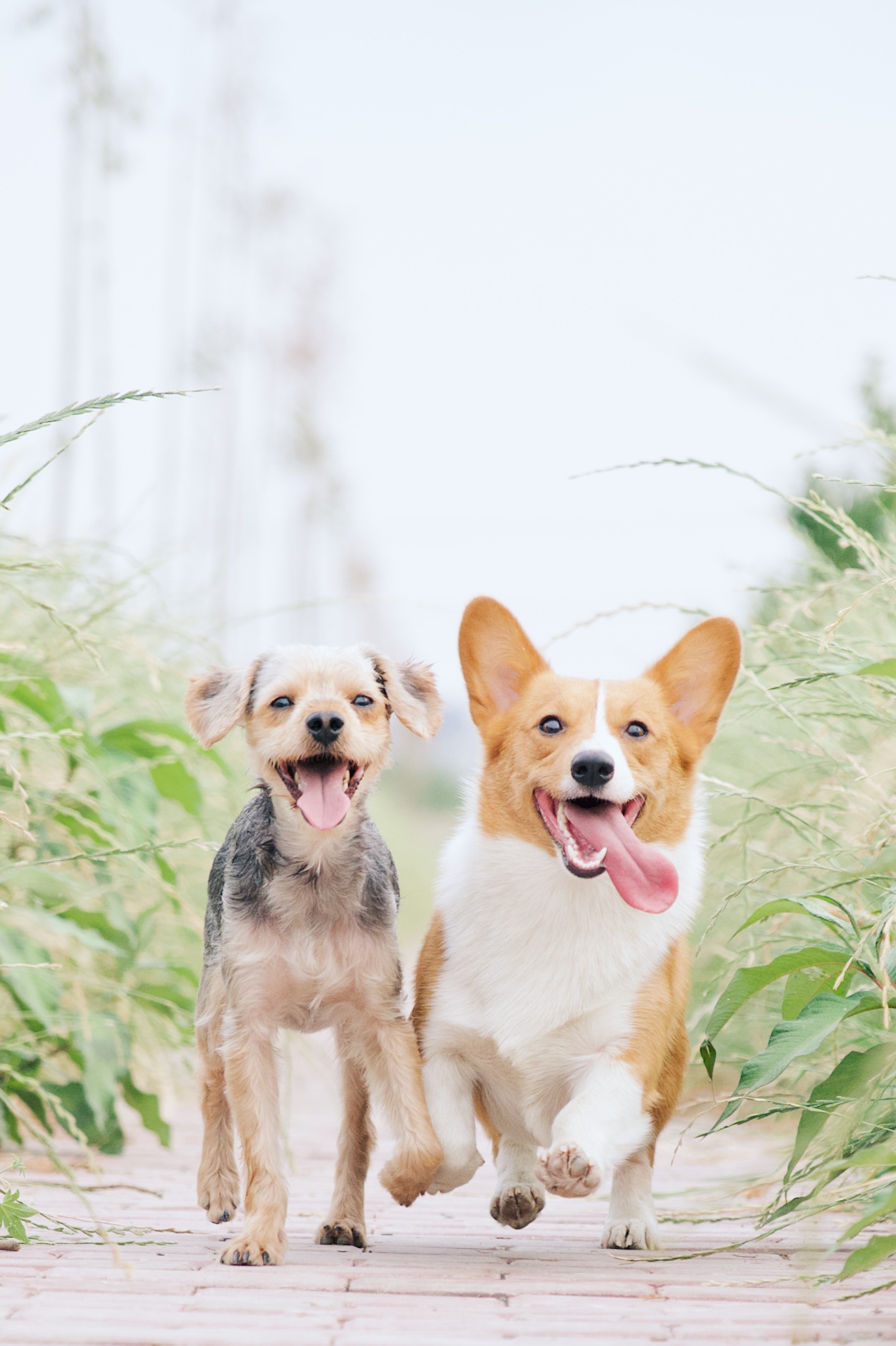 But there are also more benefits to owning a dog than just a quick mood boost after a lousy day. Researchers have discovered that having a canine in our lives goes a long way toward supporting both our mental and physical well-being. It may even add a few years to our lives.

“When you take good care of your dog, science shows, your dog is really good for you,” says Steven Feldman, executive director of the Human Animal Bond Research Institute (HABRI). “I like to say that we eat our vegetables and get our exercise because we know they’re part of being a healthy person. But there’s another thing on that list [of health recommendations] that you might enjoy more, and that’s owning a dog.” Want proof? Here’s what science says about how your dog may elevate your health. 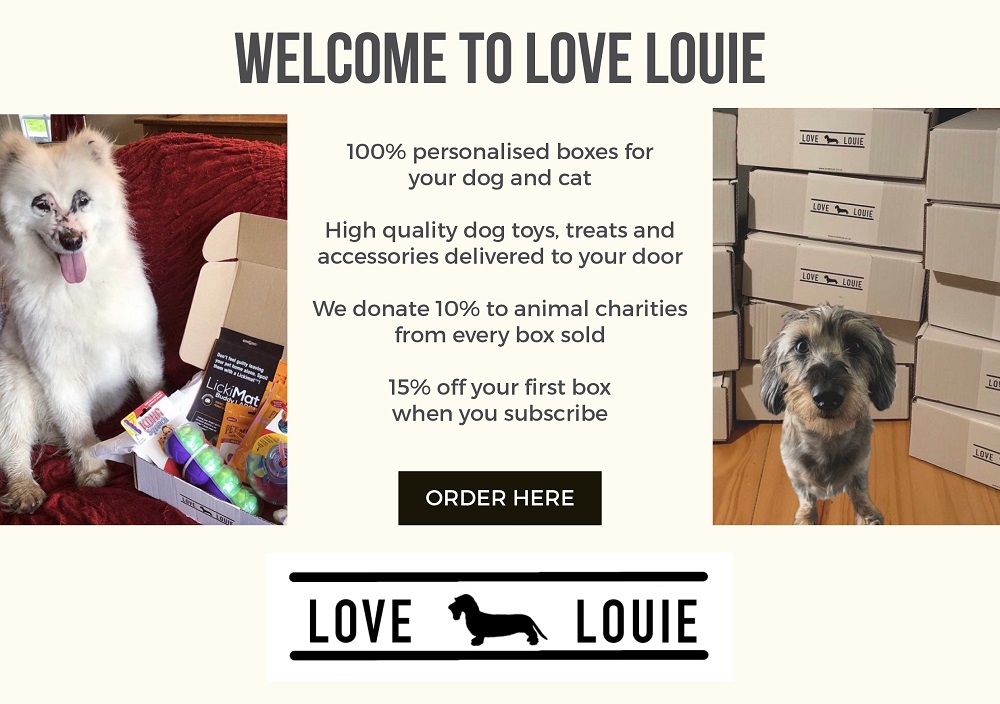 As any pet owner will tell you, taking care of an animal can be stressful. You may wake up in the middle of the night to use the bathroom and step into a puddle of dog vomit. Or, rather than going outside to relieve himself, your poodle may decide to use your in-laws’ dining room rug when you visit. And then there is the anguish when your furry friend requires expensive medical care.

But overall, the positives far outweigh the negatives. “Everyone has a story about how pets have benefited them or a relative or a friend,” Feldman says. “And we are starting to build the good, rigorous science behind that relationship people have with their pets.”

According to a review of 69 studies published in 2012 in the journal Frontiers in Psychology, having a dog may decrease stress, anxiety and depression. Much of this is believed to be caused by a reduction in the hormone cortisol and in neurotransmitters such as epinephrine and norepinephrine— all of which play a role in stress. 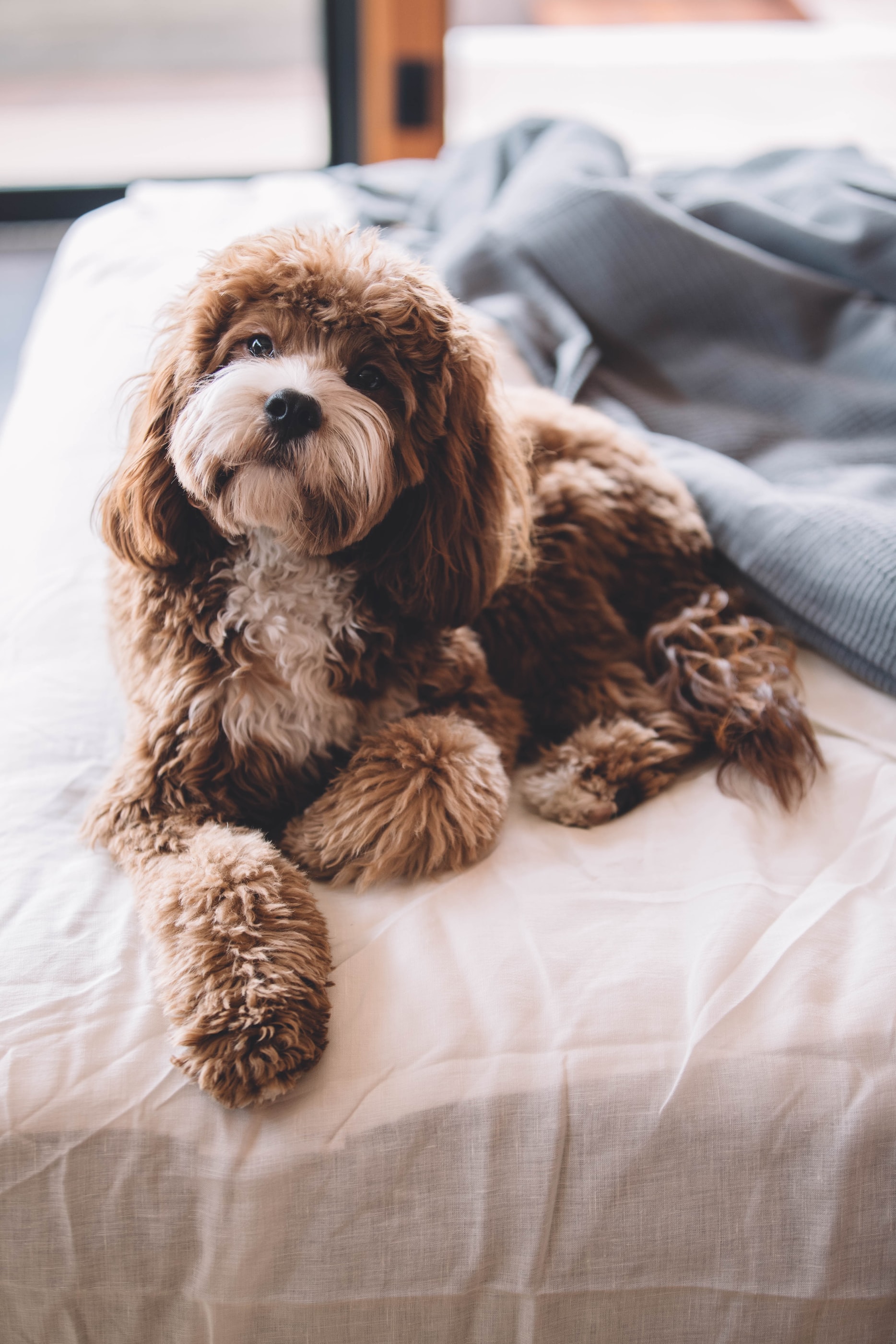 At the same time as these negative factors decrease, there’s an increase in the feel-good hormones prolactin (which is associated with nurturing) and endorphins (which are involved with the reward system in the brain). But the starring actor may be oxytocin, according to the Frontiers in Psychology review.

Stroking a dog for five to 24 minutes has been shown to increase levels of this so-called “love” or “cuddle” hormone in the bloodstream, and the effect is also greater if someone pets a familiar dog rather than a friendly yet unfamiliar dog, says study author Andrea Beetz, PhD, a psychology professor at the University of Rostock in Germany. “In well- bonded human-dog relationships, even eye contact can lead to the release of oxytocin,” she adds.

In addition to reducing stress, increased levels of oxytocin may also help alleviate fear and anxiety. A survey conducted by HABRI found that 74 per cent of pet owners reported having a pet helped to improve mental health. “Numerous studies have shown that rates of depression can be reduced with animals,” says Feldman. And a study published in 2018 in BMC Psychiatry reported that pets are an effective way to help manage long-term mental health problems. “We’ve gone from thinking that it’s nice to have a pet to realizing it may prove to be an essential way of coping with some mental health issues,” adds Feldman.

A healthier heart - and more

Your head isn’t the only thing that can benefit from having a dog. Studies show dog owners may also be physically healthier.

For one, research suggests that dog owners may get more physical activity than those who don’t have canines. In a 2017 study of 3,100 adults, British scientists found that two-thirds of dog owners walked their pet at least once a day and, on average, were 20 per cent more active than those without a pooch. Dog owners were even less sedentary on days with the worst weather, compared to nonowners on days with the best weather conditions.

It’s no wonder owning a dog has been linked with improved heart health. The American Heart Association released a statement in 2013 that said, “Pet ownership, particularly dog ownership, is probably associated with decreased cardiovascular disease risk.” 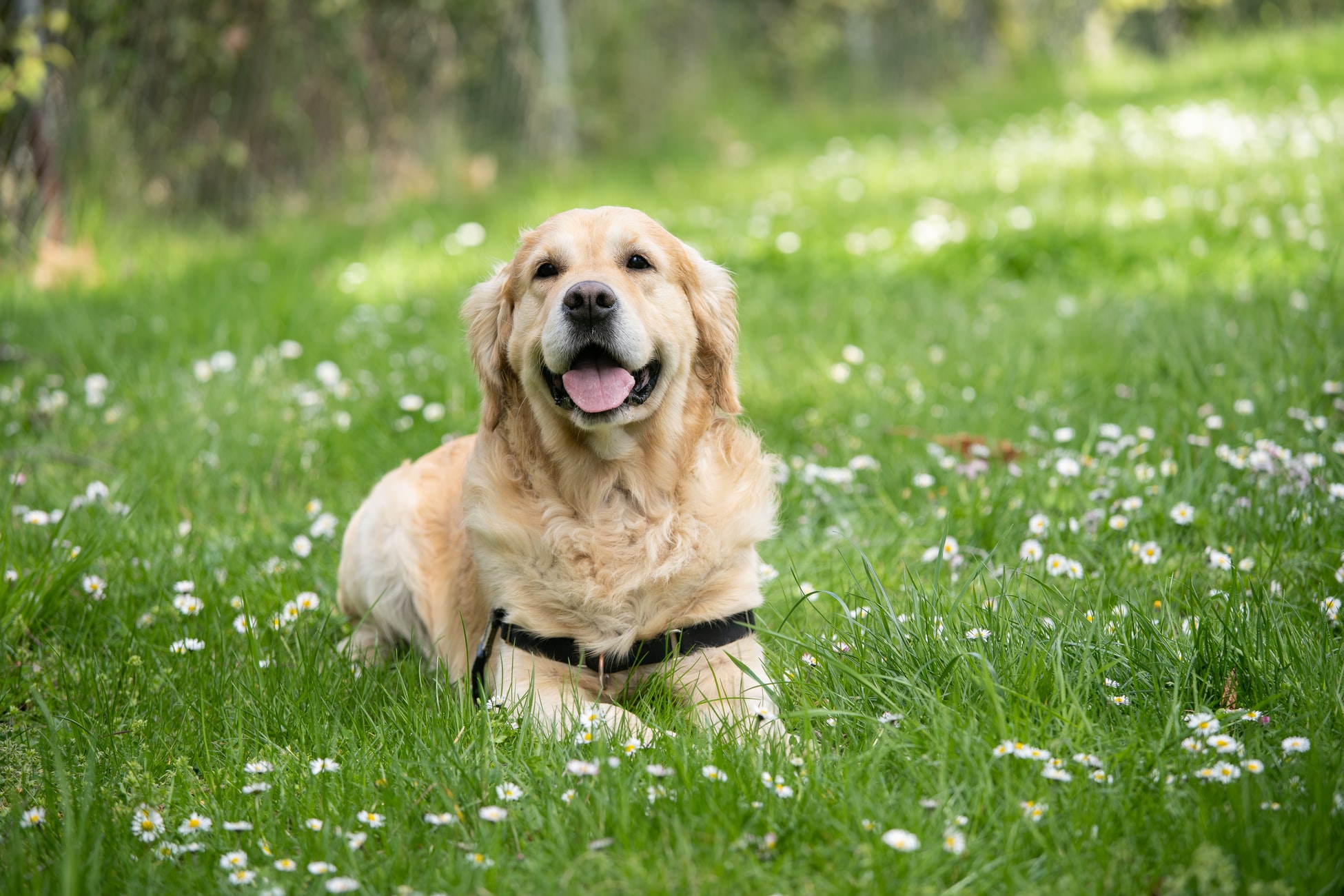 In 2017, researchers explained why this may be true in a study published in the journal Scientific Reports.

Scientists say there are several factors that help to explain why dogs may benefit your heart. In addition to prompting you to be more physically active and exhibit less stress, having a pet may help your blood pressure return to normal levels more quickly following a stressful event.

Another theory is based on social support and a decrease in social isolation (a risk factor for cardiovascular disease). You have to walk your dog, and people tend to interact with you and your dog. “That builds,” explains Pamela Schreiner, PhD, director of the Center to Study Human-Animal Relationships and Environments at the University of Minnesota. “As you are interacting with people and liking it, you start being more outgoing and seeking more interactions. Your dog is a vehicle for that—and helps you step outside of your own reticence.”

All these benefits are great reasons to get a dog. But owning a dog comes with a lot of responsibility. It’s not all squeaky toys and games of fetch.

“Dogs need time and attention, and they cost money. For some people, it might be better to dog-sit for a few hours each week instead of having their own dog,” Beetz says. Or consider volunteering at a shelter, walking dogs or simply playing with them; all can give you similar benefits.

Dogs are good for you, but if you cannot properly care for a pet, they may add more stress—and nobody needs that. 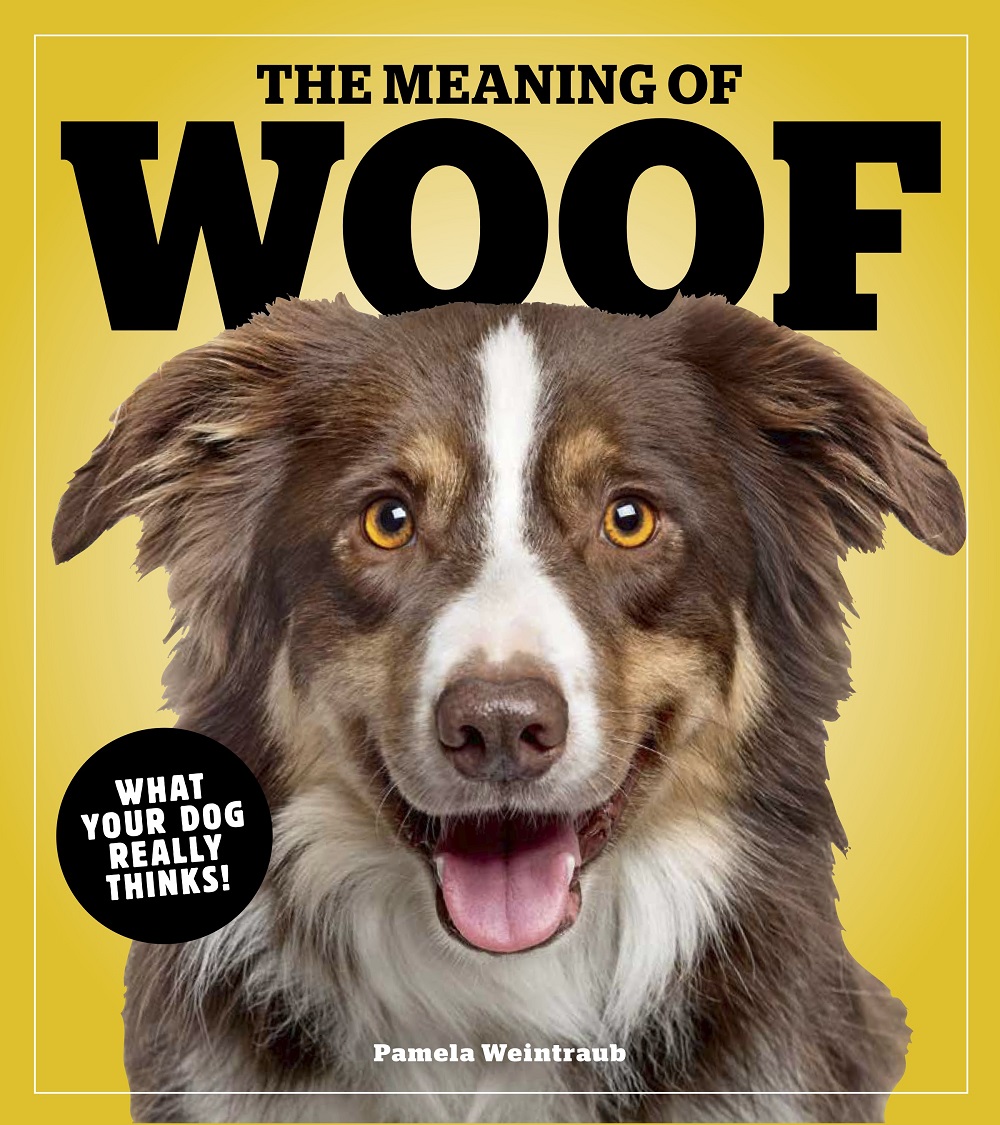 Excerpted from 'The Meaning of Woof: What Your Dog Really Thinks!' by Pamela Weintraub, published April 2020 by Centennial Books.