Amazing Thai crossbreed rescue dog Miracle scooped his second award of the year last week at a ceremony in London. 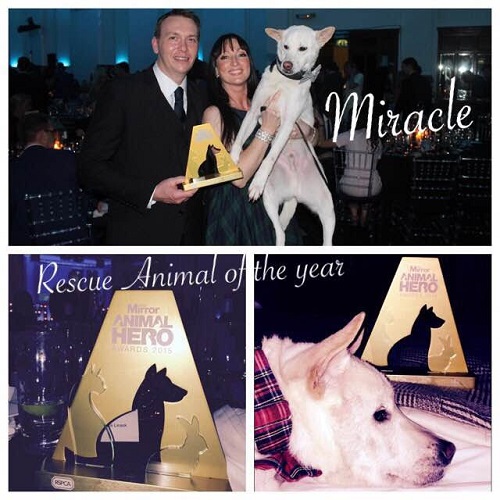 Following his 'Friends for Life' win in March, Miracle recently picked up the Mirror Animal Hero Awards 2015 title for 'Rescue Animal of the Year' at an event attended by animal advocates including Dr Brian May and Ricky Gervais, where the comedian also picked up an award. 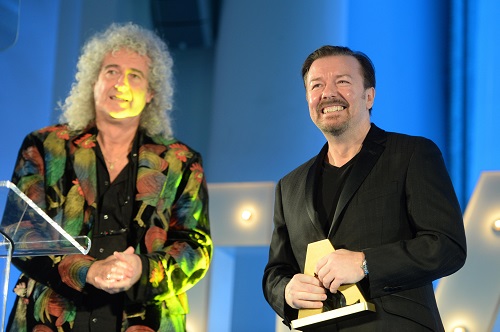 When Kyle gets frustrated or upset, Miracle knows, and will sit by Kyle’s side to offer love and attention. Kyle also seems to know when Miracle needs his support. Amanda says the change in Kyle’s character and behaviour since adopting Miracle has been nothing short of “a miracle” in itself. “Kyle is so much more relaxed and content when Miracle is by his side. The two help each other out; both know what the other is thinking. Miracle can get through to Kyle when I can’t. I don’t know how to explain it, but they are like soul mates, and the quality of Kyle’s life is so much better now he has a friend to confide in and share his troubles with”. 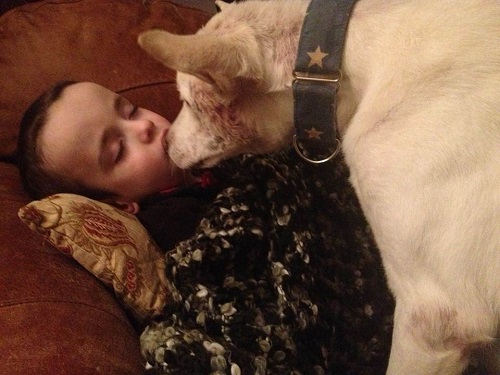 It’s a remarkable change in fortune for the Thai street dog, who only a few years ago was facing a very different kind of future, caught up in the heart of Thailand’s darkest and best kept secret; the illegal dog meat trade.

Every year, tens of thousands of dogs are stolen off the streets of north east Thailand, crammed ten to a small wire cage, loaded onto trucks and then illegally exported into neighbouring Laos. From there, the animals are transported by road across Laos and into Vietnam. Most end up in and around Hanoi, which is the center of the trade in dogs for human consumption. Vietnam consumes around five million dogs a year. Demand out-strips local supply, so criminal organisations arrange for dogs from neighbouring countries to be illegally imported into Vietnam to feed the Vietnamese people’s seemingly insatiable appetite for dog meat. 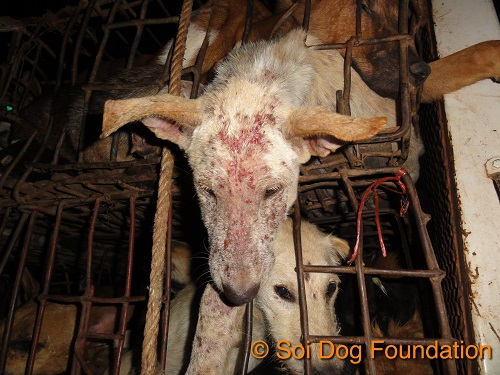 Miracle was brutally snatched from the street one day by dog thieves in north east Thailand. He was forced into a small wire cage that already contained nine other dogs. There was no room to move; in fact, Miracle could barely breath. He sustained quite severe facial injuries which occurred both whilst he was being forced into the cage, and whilst he was actually inside the cage.

The cage was thrown onto the back of a large truck, which already contained hundreds of other dogs in similar cages. As it landed, the sound of legs breaking could be heard, and the anguished cries and squeals of the dogs would have been unbearable to listen to. It would not have bothered the dog thieves though; all they care about is the money they get when the dogs are sold.

The truck set off towards the Mekong river, which is the borderline between Thailand and Laos. The cages would be off-loaded at the side of the river, and loaded onto small boats under cover of night to be illegally shipped across the river. On the other side, the cages would then be re-loaded onto large trucks with Vietnamese number plates, and then driven the 600 or 700 mile journey to Vietnam. The trip would take two or three days, and during this time, the animals would not receive any food or water. On arrival at the holding point destination in Vietnam, the dogs would be forcibly pumped full with rice and water. This increases their weight, and therefore their value. From the holding point, the dogs would then be collected by wholesalers, who would then sell on to restaurants.

So Miracle was destined to be tortured and then slaughtered, simply so humans could eat him at one of Hanoi’s many dog meat restaurants. But Miracle had always been a lucky dog, and the day he was stolen proved to be no exception. The truck carrying him to an excruciatingly painful death was intercepted near the border by agents working for the Soi Dog Foundation, Asia’s largest dog and cat welfare charity and one which is leading the fight against the illegal dog meat trade in Thailand. The driver of the truck was arrested, and the dogs were taken to a nearby purpose-built rescue shelter that is currently home to around 1,500 dogs saved from the trade.

As Miracle recovered from his ordeal at the shelter, the people from Soi Dog came over and took photographs of all the rescued dogs, and then set about using Facebook to try and get as many of them adopted as possible. Amanda Leask from Scotland saw the heart-breaking photo of Miracle on Facebook, and immediately fell in love with him.

She already had three rescue dogs from Soi Dog at home, but knew she had to adopt him. Soon afterwards, with all the medical tests done and the paperwork filled in, Miracle was on his way to his new forever home with Amanda and her family. 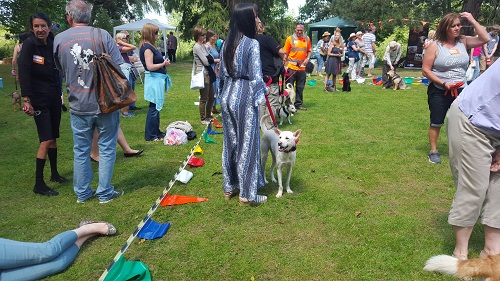 And the rest is history, as they say.

Miracle and Kyle became best friends immediately, and are completely inseparable now. The strength of the bond between them grows by the day, and Amanda is convinced that Kyle’s quality of live has been enriched tremendously.

In her own words, Amanda says: “They have both suffered so much in life, bearing much pain and internal anguish, it’s like they have a complete mutual understanding of what each is going through. They sense when something is not right, and they comfort each other. I can’t explain exactly how they communicate, but it’s like their brains are on exactly the same level”.

If you would like to do something to help shut down Thailand’s illegal dog meat trade, and save dogs like Miracle from suffering, please consider visiting Soi Dog’s petition page at https://savedogs.soidog.org and sign the petition asking the Thai government for their help in closing the industry down. Over 1.5 million people have already signed, and Soi Dog is desperate to get the total up to 2 million.

If you would like to adopt a dog saved from the Thai dog meat trade, please visit http://www.soidog.org/en/adoptions/dog-meat-trade-dogs-for-adoption/