Author Polly Samson has been a dog owner for most of her life. She told us her childhood dog, Ted, set the tone for the kind of dog she would go on to own.

Last year while still grieving the loss of Khan, a rescue dog that she says was more teddy bear than German Shepherd, she was searching dog adoption site dogsblog.com and came across a young dog named Junior who was in rescue and looking for a new home. She tells us “I knew as soon as I saw his pictures that he was the dog for me.”

A little over a year on, we caught up with Polly to find out how Junior, now known as Junior Barbounia, has settled in. 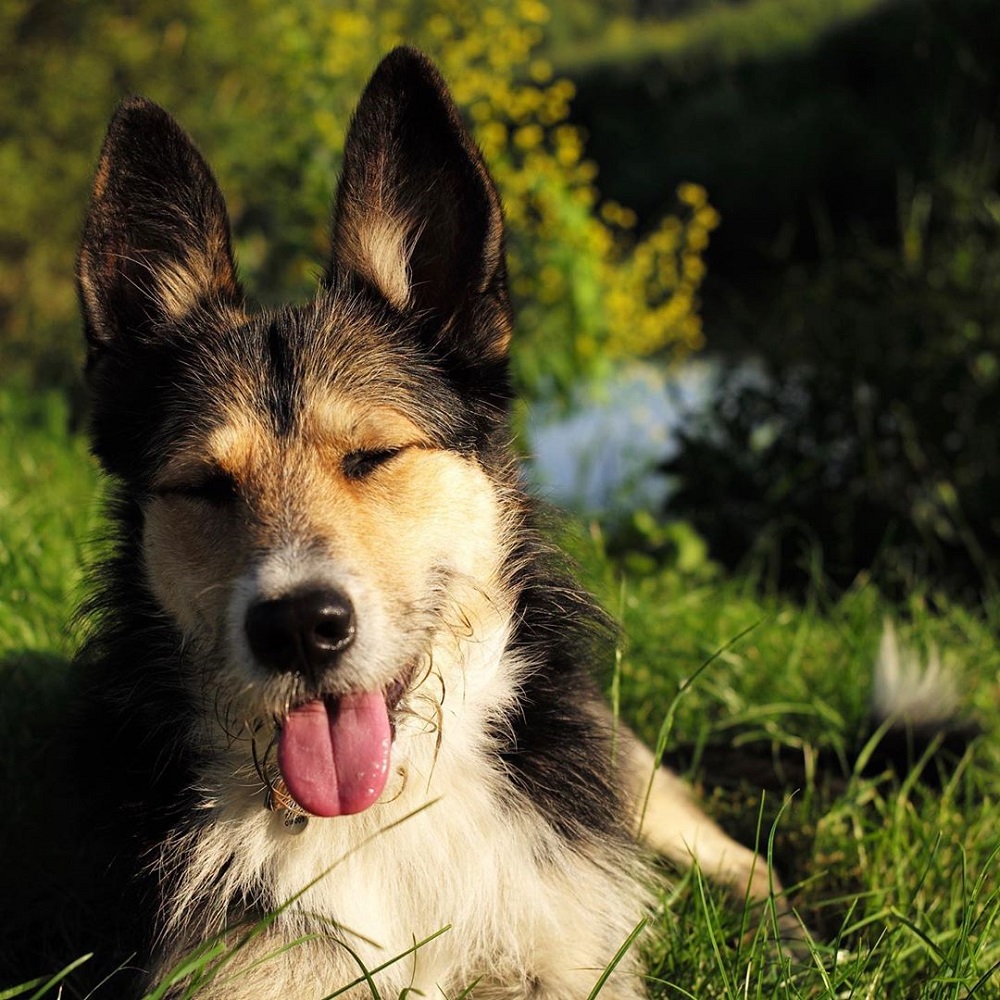 Hi Polly, thanks so much for your time. Before we talk about Junior Barbounia, let’s talk about the dogs that led you to him. Have you always had dogs at home?

Yes, I can’t imagine life without a dog, and most of ours have been rescues. My first dog set the tone really and most of the dogs of my life have been real bitzers (bits of this, bits of that) like him. His name was Ted and he was with me from the age of six until I was nineteen. We were inseparable.

Our great dog before Barbounia, however, was a German Shepherd called Khan. He came from Battersea Dogs Home. Our lovely dog Tilly was from there too. When we were looking for another dog (we also have a lovely girl called Doris who is a twelve-year-old Lurcher) they suggested we take Khan. “Oh, no”, I said. “I really don’t want a GSD” but they explained that he was more teddy-bear than GSD and they were right. He was the funniest boy anyone could wish for and I still miss him painfully. 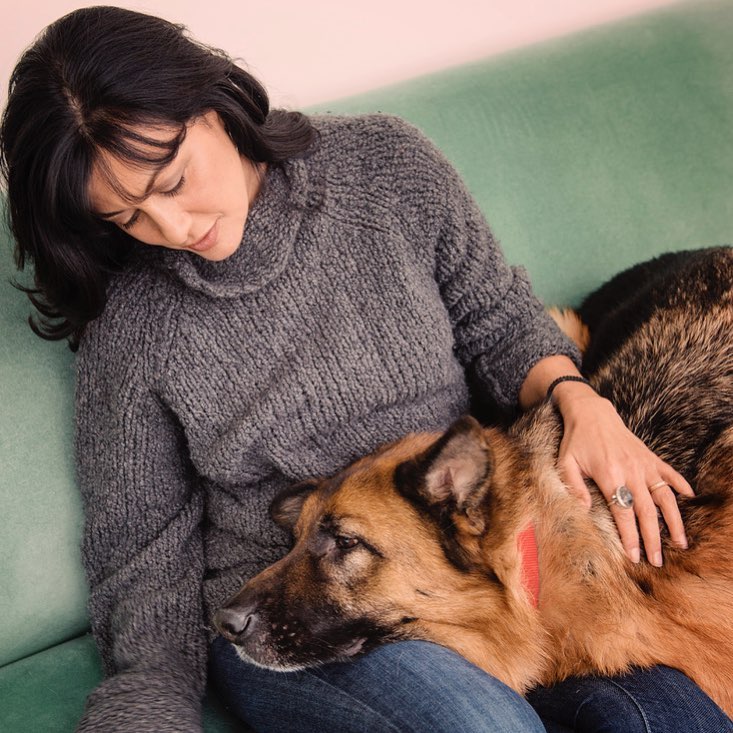 One day, while I was grieving, I idly looked through dogsblog.com having surprised myself by putting in GSD crossbreed in the search bar and that’s what led me to Barbounia.

How did you know he was the one for you?

I knew as soon as I saw his pictures that he was the dog for me. He looks rather like my childhood dog, Ted, but has something of Khan to him too.

How long did it for him to settle in?

He was so shy! He spent the first few days sitting on the landing and looking at us very suspiciously every time we passed. He had to be walked on a very long line because he didn’t like getting close to us. 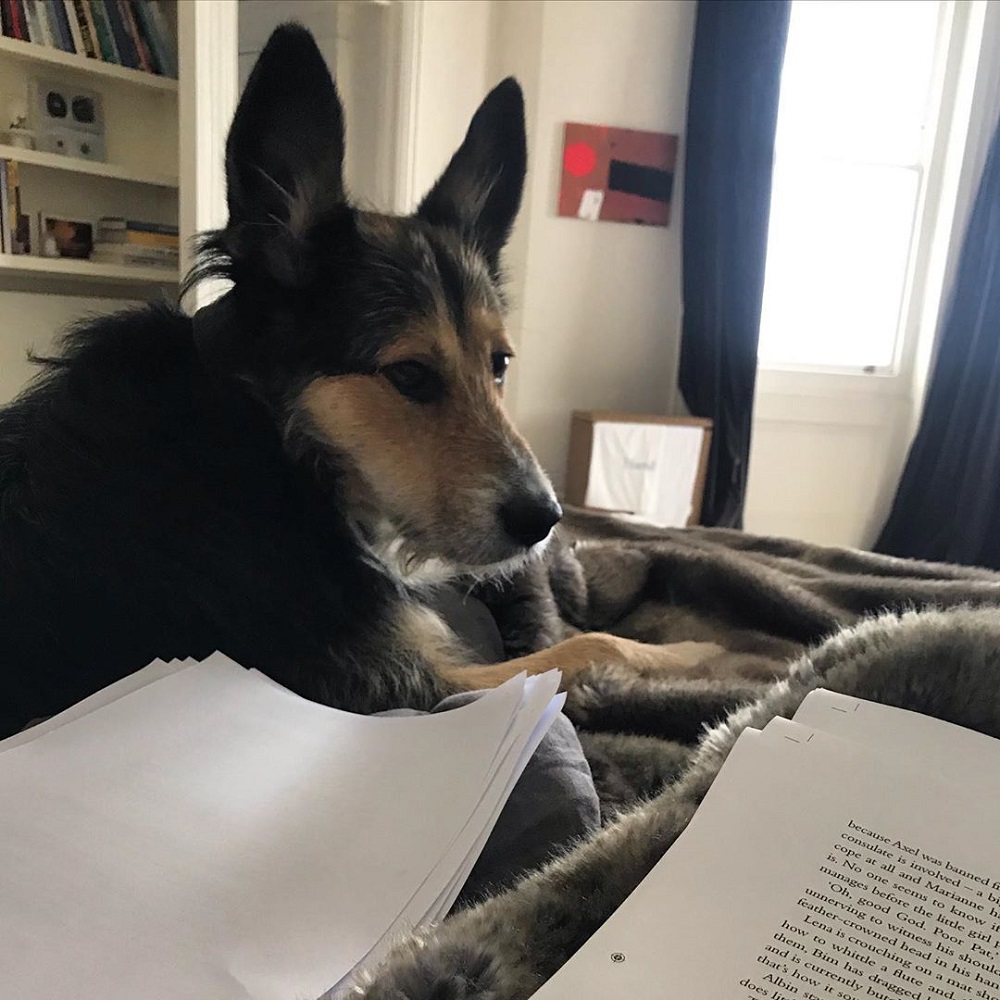 I used to take him into the room where I was working and let him hang out without making any demands on him, just throwing him the occasional tasty snack.

He started to follow me from a distance and slowly, one by one, starting with me, the family gained his trust. 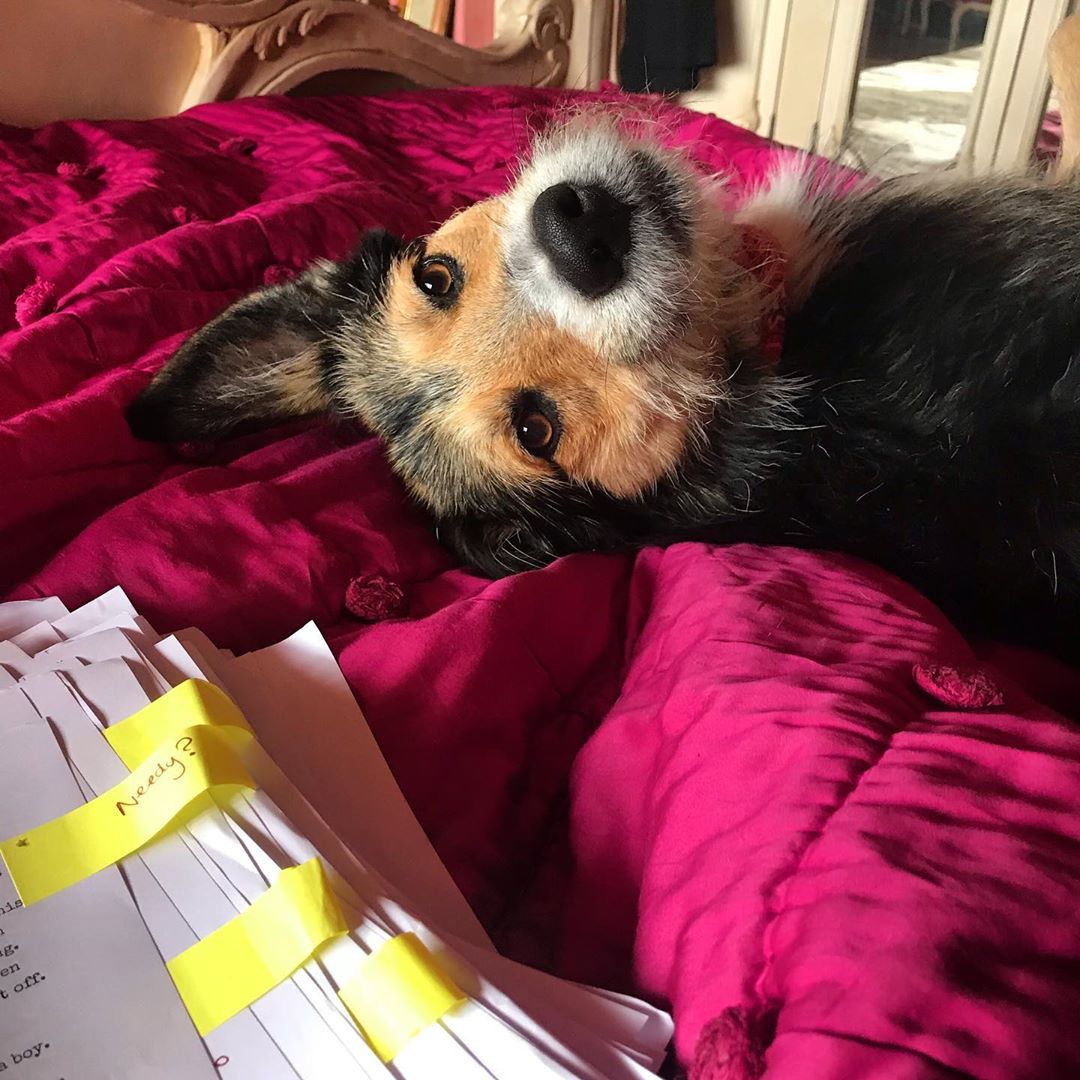 He appears on your Instagram and Twitter social accounts quite often on walks and with your family and husband, David [Gilmour]. Is he a daddy’s boy?

He is the first of my dogs who is not a one-person dog. This has taken me a while to adjust to. Normally I am the total focus of our dogs. He still likes to be in whichever room I’m in but I think he is most thrilled by David’s attention.

Sometimes I think he’s a little sexist in that he’ll go to David first and then to me, it feels as though he’s asking permission of the man of the house! 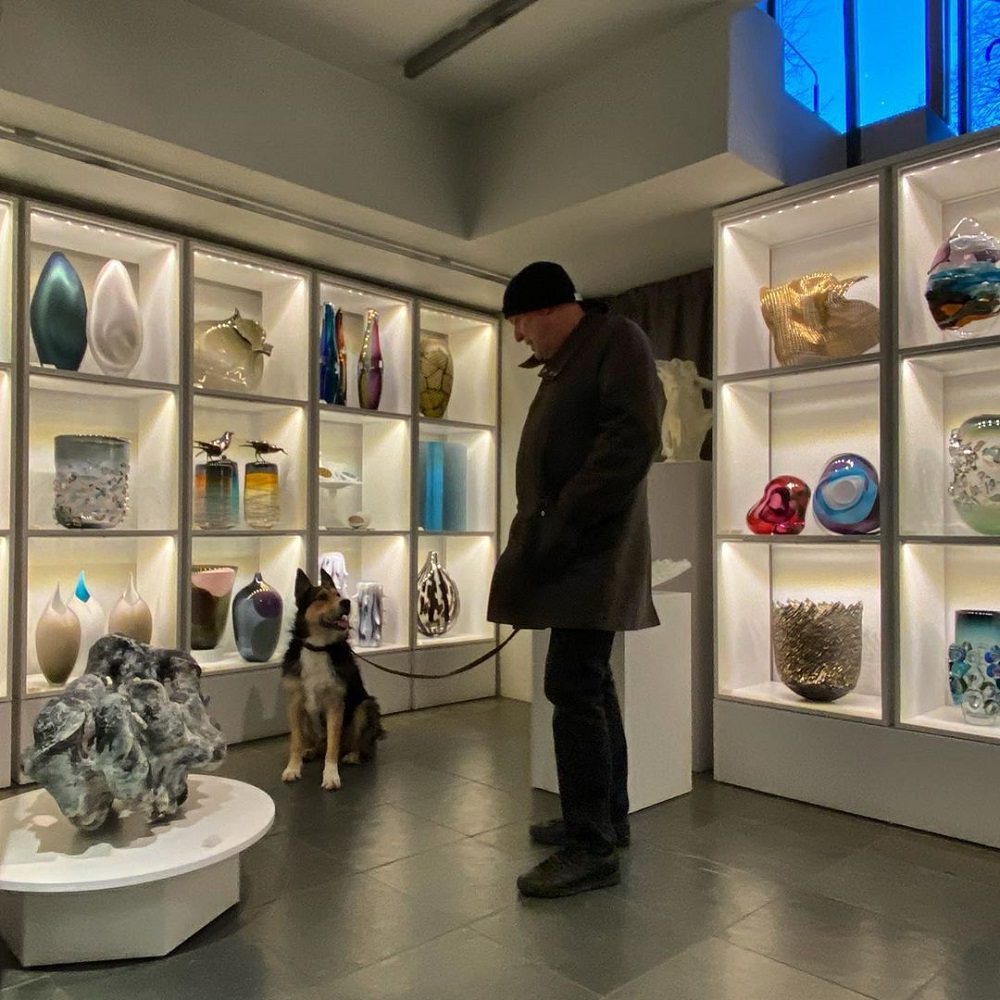 What advice would you give to anyone considering adopting a dog?

It’ll depend on the dog. I suppose the general thing is to give the dog time to adjust and not expect too much too soon.

You really do have to work quite hard to earn trust from a dog that has been previously abandoned or badly treated. Lots of treats rather than a big main meal can help if the dog is food-oriented.

With Barbounia we broke all the rules and encouraged him to loll on beds and sofas and to scrounge from us while we were eating. He is so shy that it has helped enormously to have him around while we’re eating and it’s our food he likes the most. 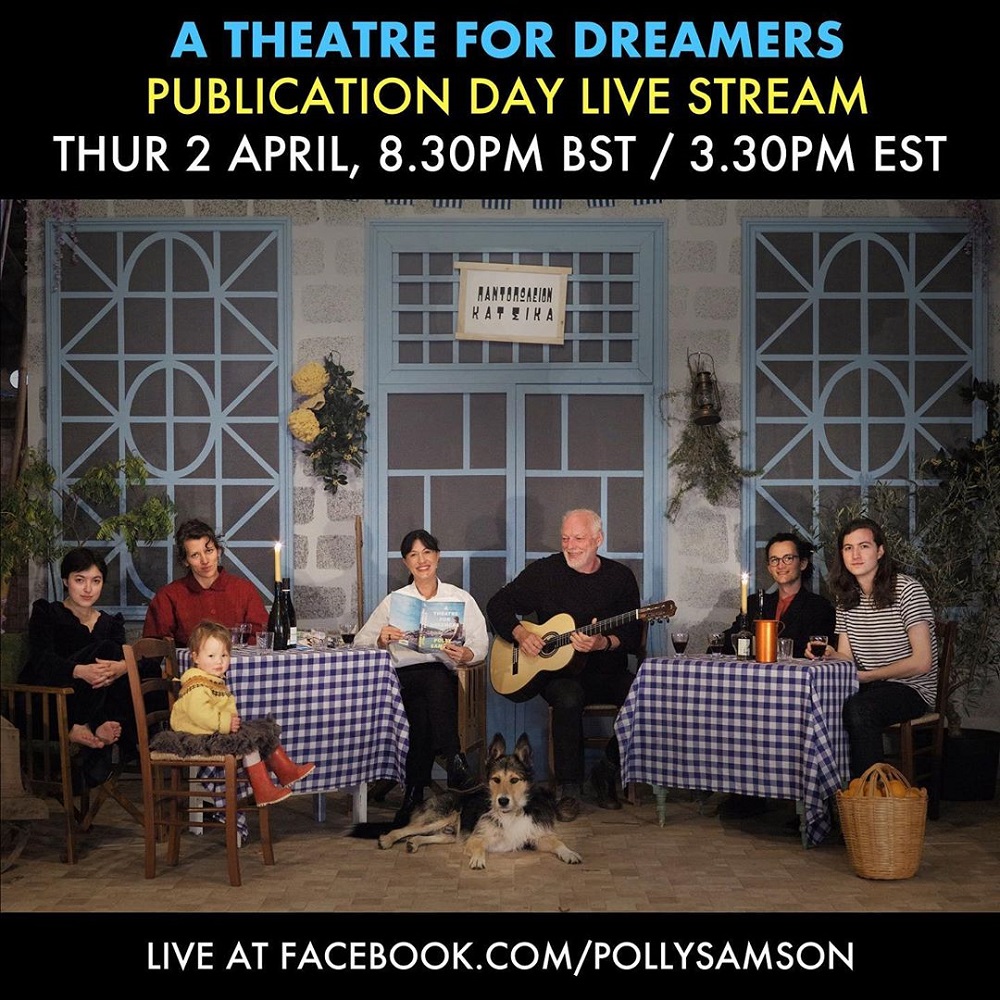 If you were to swap roles with Barbounia for a day, what would you love most about being him, and how do you think he’d cope as you?

I think he’d cope fine as me because I spend so much time alone, writing or walking, so he wouldn’t have to cope with strange people.

He had a lovely swim in the river while we were on our walk yesterday so I guess that would be nice to just cool off without having to remember a swimsuit and then simply shake and have a roll on the grass to dry off and go on my way.

Where’s Barbounia’s favourite place in the world to be?

On my bed first thing in the morning. He sleeps outside the door and springs in the moment it’s opened (having checked in with David first, of course). 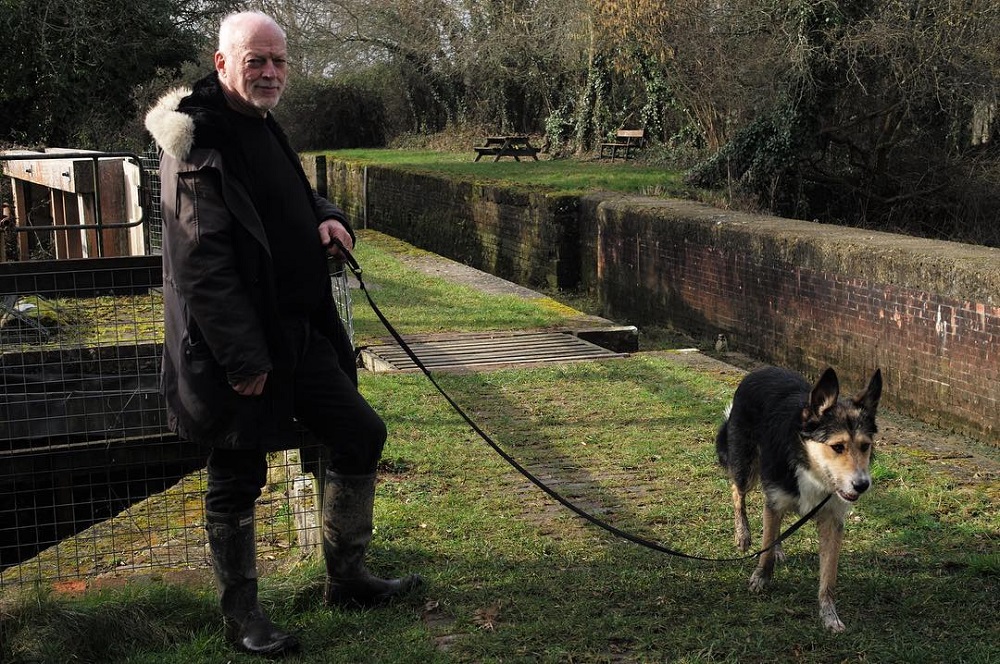 That however bad things look, there will always be another chance to wag our tails tomorrow. I do think dogs have the gift of optimism.

Finish the following sentence, my dog is…very handsome which is a problem because he doesn’t really like strangers to look at him.

And finally, this is always a tough question so you might need some time to think about it...but if you could ask Barbounia one question and one question only, what would you ask him?

I would really like to know what happened to him to make him so deeply suspicious of strangers. He has been with us a year now and still there are situations that make him so scared.

Polly’s new book ‘A Theatre for Dreamers’, set on the Greek island of Hydra, is out now. Order your copy from Waterstones today.