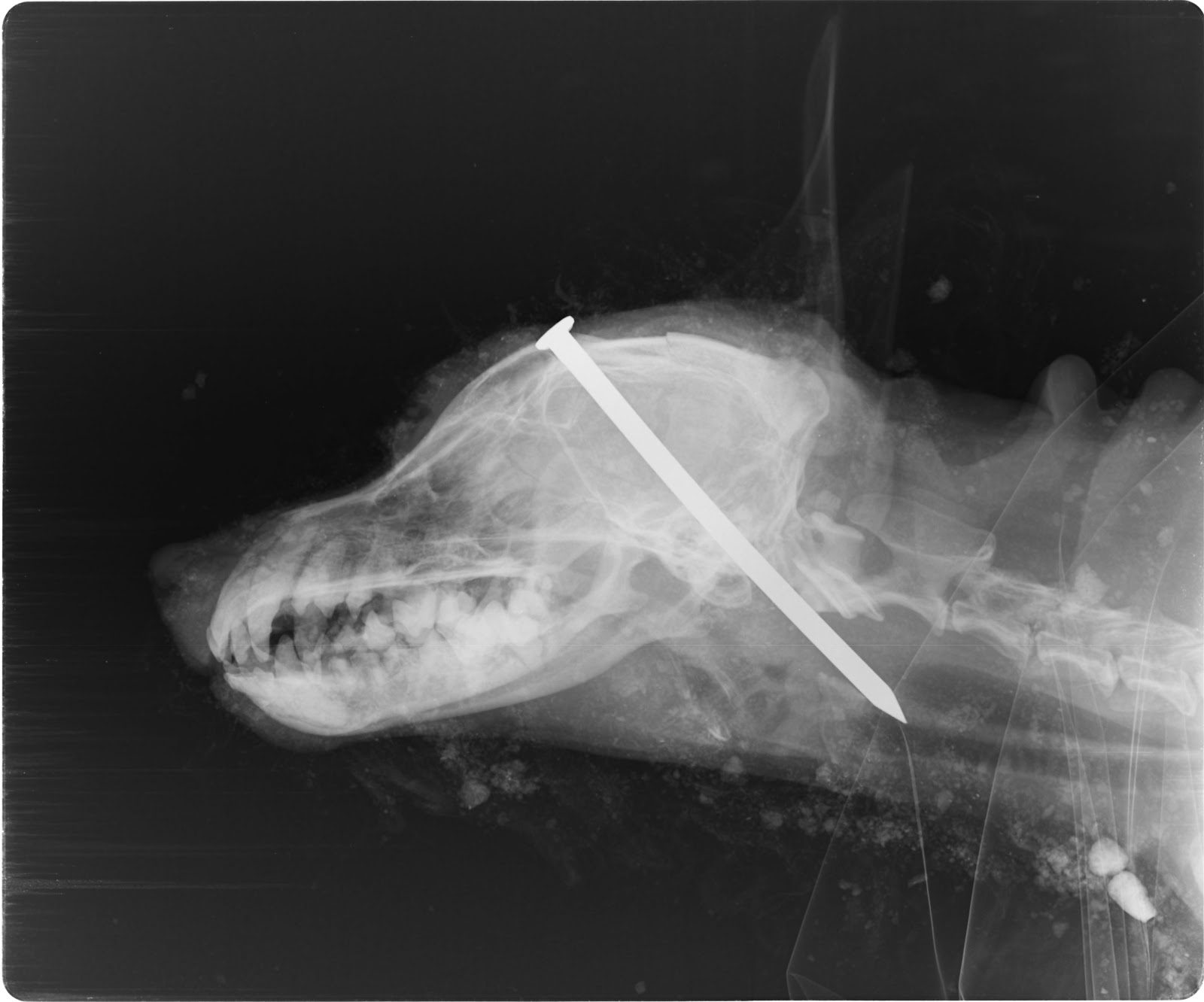 As two men who hammered a nail into a dog’s head and buried him alive received a four month prison sentence, the RSPCA repeats its call for tougher sentences for animal cruelty and neglect.

The strongest sentence that can currently be handed down to a defendant under the Animal Welfare Act is six months in jail - but polling by the RSPCA has shown seven out of 10 people would like to see this sentence toughened up and longer jail terms imposed on offenders.

The latest sentence at Teesside Magistrates’ Court today (WED) highlights that an urgent change in the law is needed to reflect the horror felt at the sort of sickening acts seen by the RSPCA every day.

During the case, the vet who first saw the dog said it was the worst case of animal cruelty ever seen and, when sentencing Richard Finch, 60, and Michael Heathcock, 59, from Redcar, the chair of the bench described the act as ‘barbaric and premeditated’. However, the current limits of the law mean the pair received just four months after the magistrates had to take into account their early guilty pleas.

David Bowles, head of external affairs at the RSPCA, said: “Scamp’s ordeal was horrific and heartbreaking and the sentence handed out to his killers will upset and anger animal lovers.

“This terrible case is the perfect illustration as to why we need to give magistrates and judges powers to give tougher sentences for the most appalling cases of cruelty and neglect.

“The magistrate gave the longest sentence they could after taking time off for guilty pleas. It’s possible they will only end up serving eight weeks.

“Our recent poll showed that seven out of 10 people want the Government to bring in longer jail time for the most serious cases of animal cruelty and neglect and cases like poor Scamp are why.”

You Can Help - Please Read
This week we saw that one MP tried to have a bill put before the House of Commons with the aim of increasing the sentences that can be given to those convicted of serious animal abuse. That bill never got heard as three politicians were too busy playing silly games, all of which means animal abusers will continue to be treated lightly.

This must change. If we are to call ourselves a nation of animal lovers then we should have laws that reflect such a claim. I’d like to call on you to contact your MP and simply let them know that this is an issue about which you feel passionately.

Ask them what they intend to do to rectify this unsatisfactory law. Animals have no voice. Those who have been cruelly treated or killed deserve better protection from our society.