A new study has revealed that dogs really do take the biscuit when it comes to friendships, but don't worry if you're their friend they'll give it straight to you.

The research, which was undertaken by a team of behavioural biologists from the Messerli Research Institute at Vetmeduni Vienna set out to explore more about how the dog exhibits behaviour benefiting others of their kind, such as helping or sharing in complicated situations.

Working from a base of research conducted by colleagues, also at the Messerli Research Institute at Vetmeduni Vienna, who had already shown that dogs share food rewards with other dogs,  the new study was designed to introduce more complex tasks to see how dogs reacted towards their canine partners. 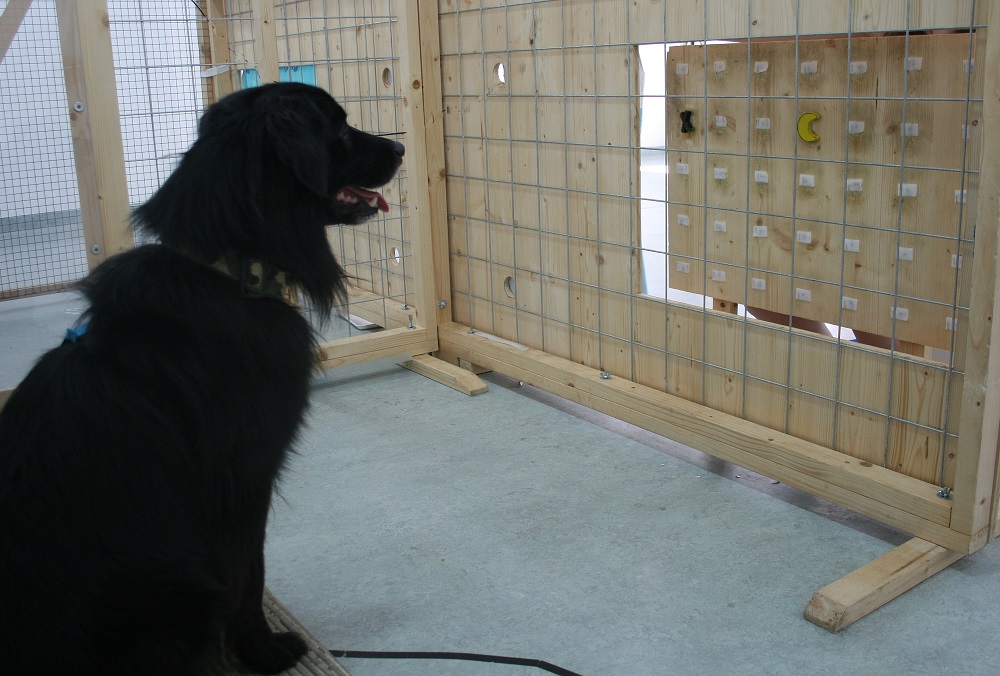 The dogs who took part were put into pairs with one dog acting as a donor dog and one as a receiver dog. In each pair, the dogs either knew each other and had lived together for at least a year, or were strangers and had previously never interacted but were the same gender as the dog living in the same household as them.

Putting dogs to the test

The original test was conducted with a bar-pulling task and it revealed that dogs delivered the treats to partner dogs - especially if these were already known to them.

This time, in order to access the treats, dogs had to recognise special objects in the form of tokens in order to deliver a food reward to the other dog.

Researcher Rachel Dale explains, “This time we not only tested a different experimental set-up but also the level of difficulty."

The test set-up consisted of two enclosures. The test dog was trained to wait in a specific location in one enclosure until the researchers revealed a board containing the tokens. The dog could then choose to deliver a food reward to the receiver dog or not. 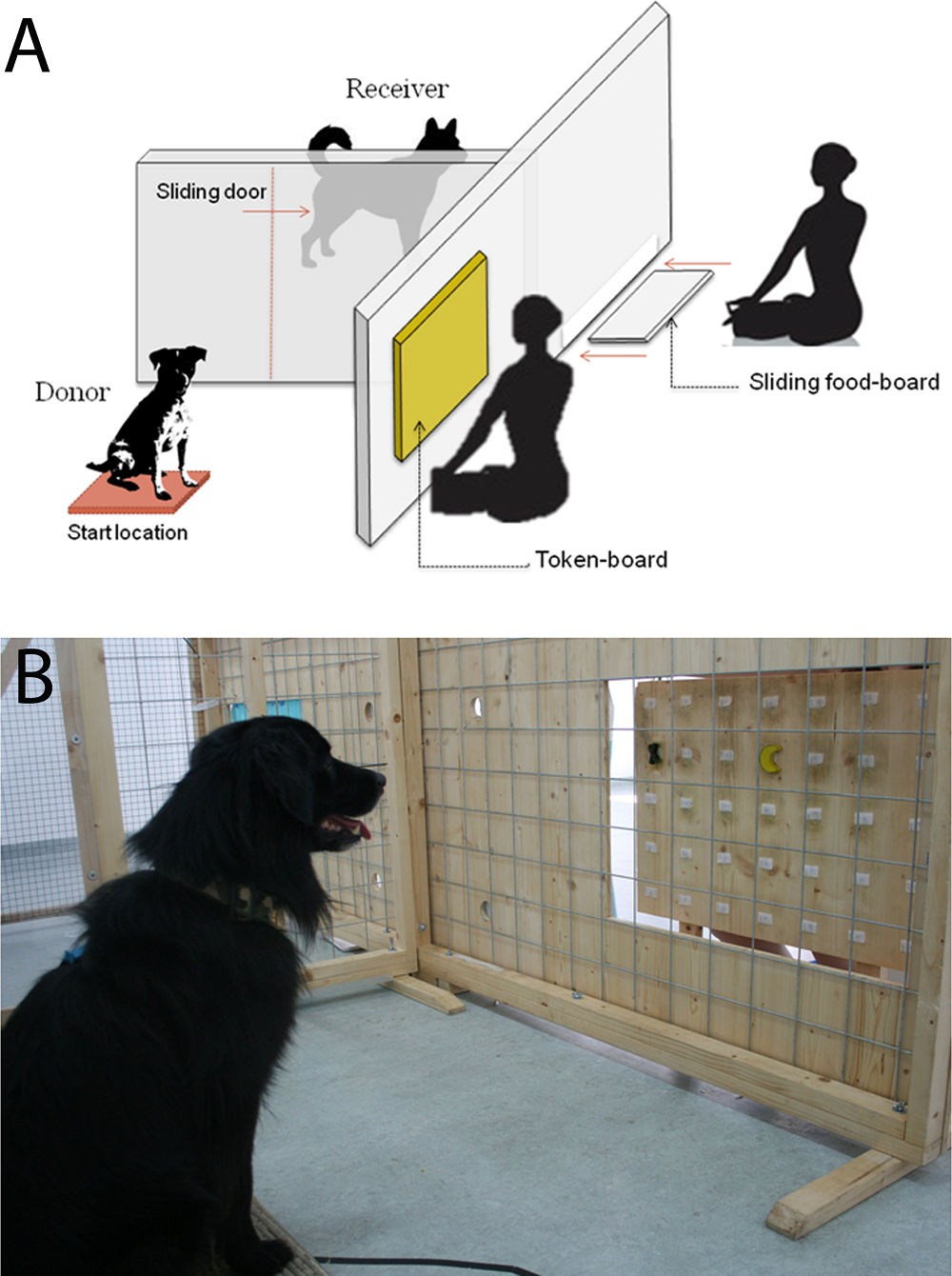 Dale continued, “The dogs were first trained to touch a token in exchange for a food reward for themselves. They were then trained to recognise two more tokens: one that resulted in a reward being delivered to a partner dog and another which did not.”

How each test was set up

In the first test, either a familiar dog or a stranger sat in the receiver enclosure with each dog able to see each other during the experiment.

In the second test, the receiver enclosure remained empty but the other dog was present in the testing room.

In a third test, the test dogs were alone in the entire set-up.

At the end of each test series, the donor animals could reward themselves by being allowed to touch the token that delivered the food reward to them. This was done to ensure that the dogs remained motivated and unstressed and did not become distracted by an unfamiliar dog.

The study found that although this more complex task showed that dogs continued to prefer familiar partners, the increased complexity of the task influenced the readiness with which the dogs delivered a food reward to the receiver dog.

It also found that partner dogs who were unfamiliar were rewarded three times less than familiar ones.

On the topic of whether a partner dog being visible was influential to the dog being more likely to share, scientists say so. 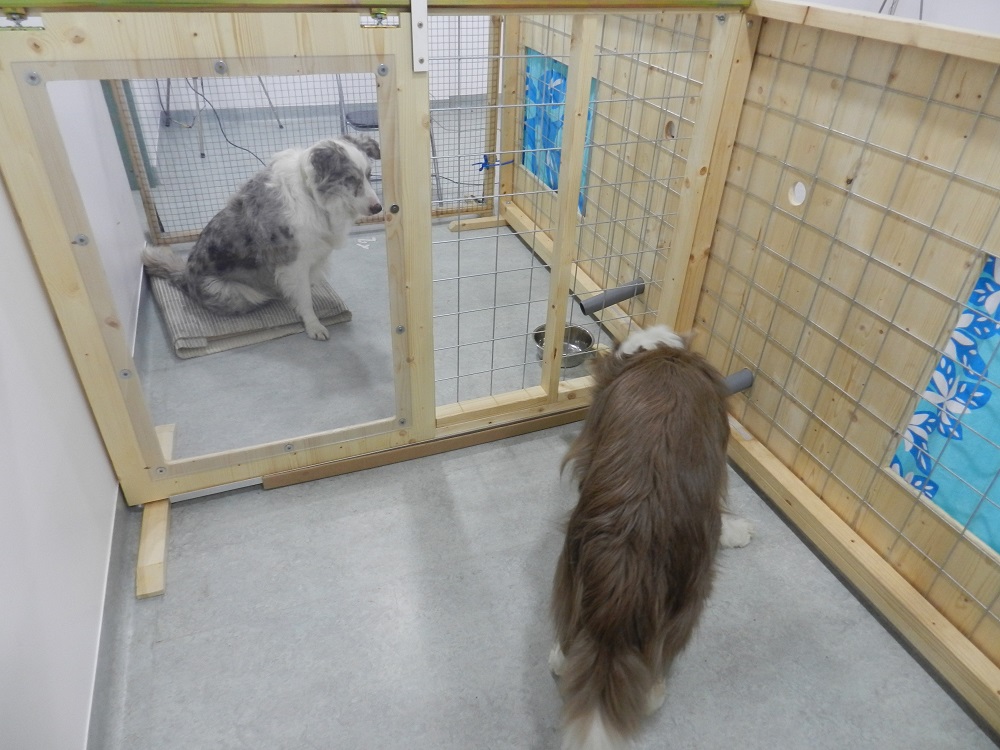 Behaviour biologists say that this is proven by the fact that when a second dog was present, the donor dogs were more motivated to give a food reward. But when the test dogs were alone in the room, the number of food deliveries went down.

Researcher Friederike Range says this should be taken into account for future studies as is shows that even with a more complex task at hand (or paw), the presence of a partner appears to play a greater role with dogs preferring to treat familiar dogs once again.

He says, “The difference was smaller, however, than when there was direct visual contact. Social facilitation should therefore be considered and controlled more strongly in future studies and in simple experiments.”

The study is explained in more detail in the journal PLOS ONE.