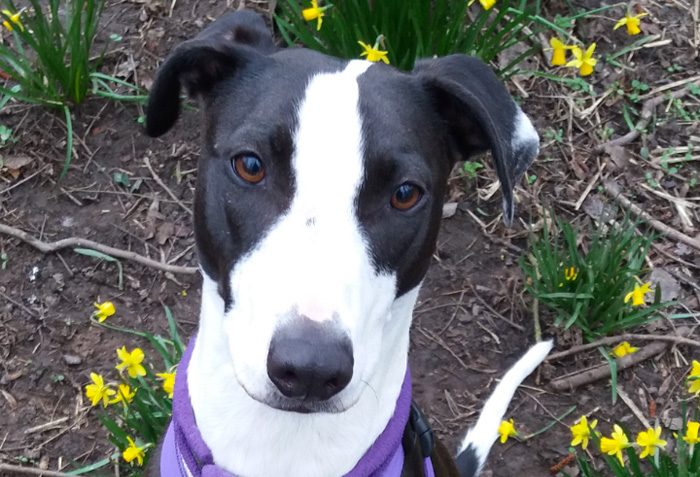 We really don't know, and neither does her rescue. She arrived into care as a stray after being abandoned. She was scared and fearful but has come a long way in her time in rescue.

Her carers at Leicester Animal Aid tell us "She is comfortable around certain dogs but certainly chooses the company she keeps. She loves her independence and as such would probably prefer to be the only pet in her new home, this way she can be spoilt rotten!"

As a stray, her rescue doesn't know her history, but after spending two years with them they've given her a special date so they can celebrate her.

She just spent her 2nd birthday in rescue and we were invited to her party alongside two of her special canine guests, her 'boyfriend' Maxwell and a surprise guest arrived; Lexi, who is an old friend.

Here's how her party went down.

This #dog has spent TWO YEARS in rescue. She threw a #birthday party to celebrate turning 3. https://t.co/6tYz4fSdCZ #bringjoy #adoptadog pic.twitter.com/bb8BlmaprU

Jess, or Jessica Rabbit as she was once known, will make someone a wonderful companion. If she could be the dog for you, please visit www.dogsblog.com where you can read more and contact Leicester Animal Aid direct.

In This Issue... Talking Point: 5 Sweetest Moments Which Sum Up a Dog’s Relationship With Their Owner Health: How Dogs Interact With Humans Could Be...

Known for her barefoot performances and soulful tones, Joss Stone is one of the most successful artists of her time, selling more than 14...

How Dogs Interact With Humans Could Be Genetic

The history of dogs and how they became man's best friend is something that scientists around the world have been attempting to uncover. But have you...

One of the biggest benefits of owning a dog is having a ready-made excuse to head outdoors. Walking has lots of benefits aside from...