X-Men and Criminal Minds actor Daniel Henney has joined calls to end the dog meat trade and has spoken about where his love of dogs comes from. He shares how his own dog, a 14 year old Golden Retriever named Mango is like his daughter.

He also reflects on when he was first confronted by the dog meat trade, whilst filming in Korea in 2007 and how he and how he wants to see a future where all dogs live the life she does.

The Korean-American actor also met with a dog named Clint, a dog rescued from a dog meat farm in 2015 to make his appeal. The pair will feature in a new advertising poster being released by Humane Society International hitting the Seoul subway this week calling for all dogs to be treated with compassion.

The campaign is timed to hit during the hottest days of summer in July and August, known as the Bok Nal days, when the majority of dog meat is eaten in South Korea - in fact, more than 2.5 million dogs a year are bred and killed on thousands of dog meat farms for human consumption in the country.

Change is coming from within South Korea

HSI tell us that more and more South Koreans want a new culture of compassion and are challenging the so-called tradition of dog meat. Whilst dog meat consumption remains contentious, a growing animal protection movement within the country is rightly opposing traditional practices that cause animal suffering.

In his appeal, Henney said, “Mango is from Korea and I only speak Korean with her and although she’s been very fortunate, she didn’t have to live a difficult life, she just as easily could have. So I think in my personal opinion every dog out there in Korea is my Mango and they deserve to live a life like she has, they all deserve to be a companion, to be loved because they all have that potential to be amazing like she is.” 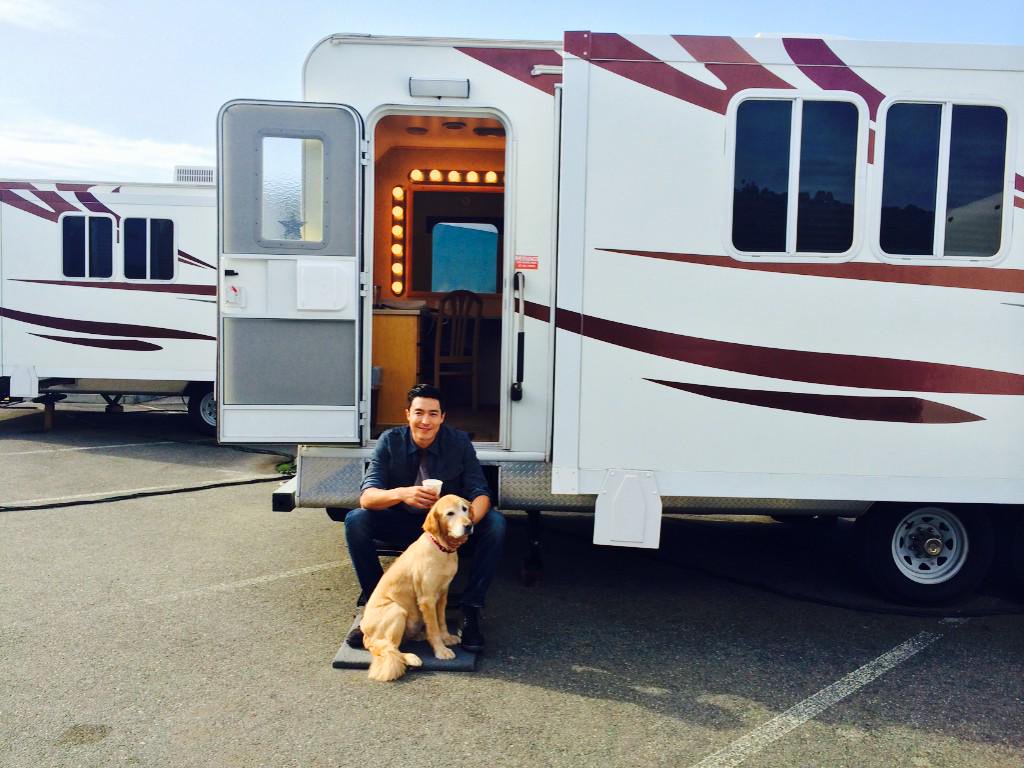 Humane Society International has rescued more than 800 dogs, including Golden Retrievers just like Mango, as part of its ongoing campaign to see an end to the industry. Working in co-operation with dog farmers keen to get out of the trade, the organisation has so far permanently closed down eight dog farms where dogs are confined their whole lives in barren metal cages with little food or protection from the harsh climate. The charity plans its ninth dog farm closure in mid July. 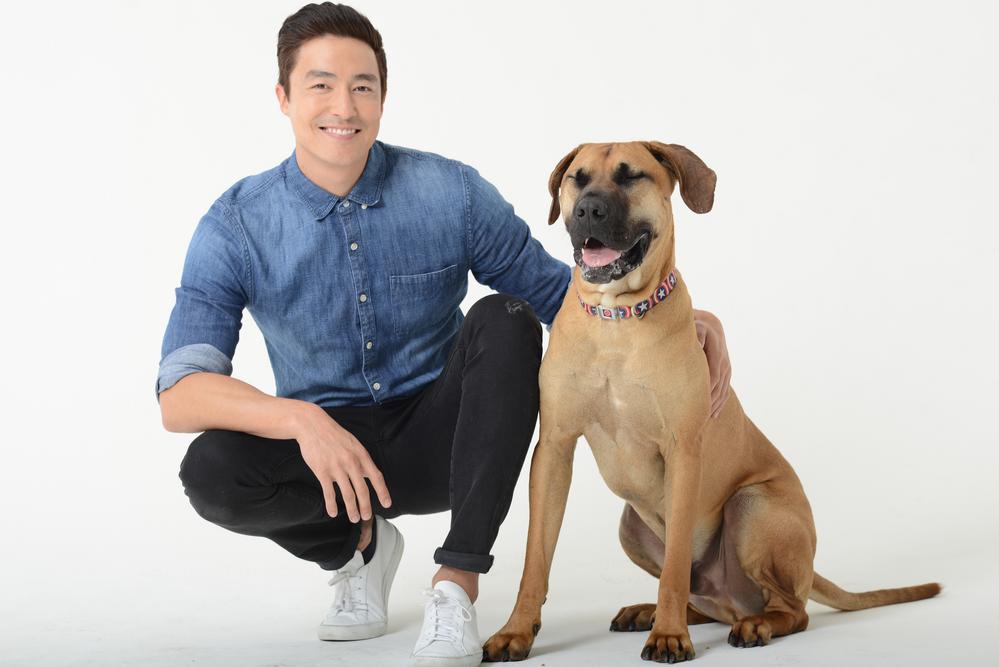 Henney’s campaign co-star, Clint, is a Tosa rescued by the HSI team in 2015.

He was languishing on a dog meat farm in Chungcheongnamdo along with 119 other dogs. If he wasn't rescued Clint would have ended up at one of South Korea’s live dog markets or slaughterhouses where his grim fate would have been to be killed by electrocution for meat.

The organisation hopes that seeing Henney with Clint and hearing him talk about his love of all dogs, will prompt South Koreans to rethink the common misconception of ‘dog meat’ dogs as stupid and soulless.

Help to end the dog meat trade in South Korea

Henny’s posters are the first of a raft of public awareness raising initiatives that HSI will be rolling out in South Korea across the summer.

Nara Kim from HSI spoke about the actor's calls as part of their campaign saying, “Daniel and Clint are the perfect partnership for our efforts to end the cruel dog meat trade. Clint’s photo will be seen by millions of people across Seoul, representing the millions of dogs not as lucky as him to have escaped the cruelty. Every dog on a dog meat farm is as special as Clint, capable of being loving and loyal friends if only given the chance. Daniel is helping us spread that message of compassion to change hearts and minds.” 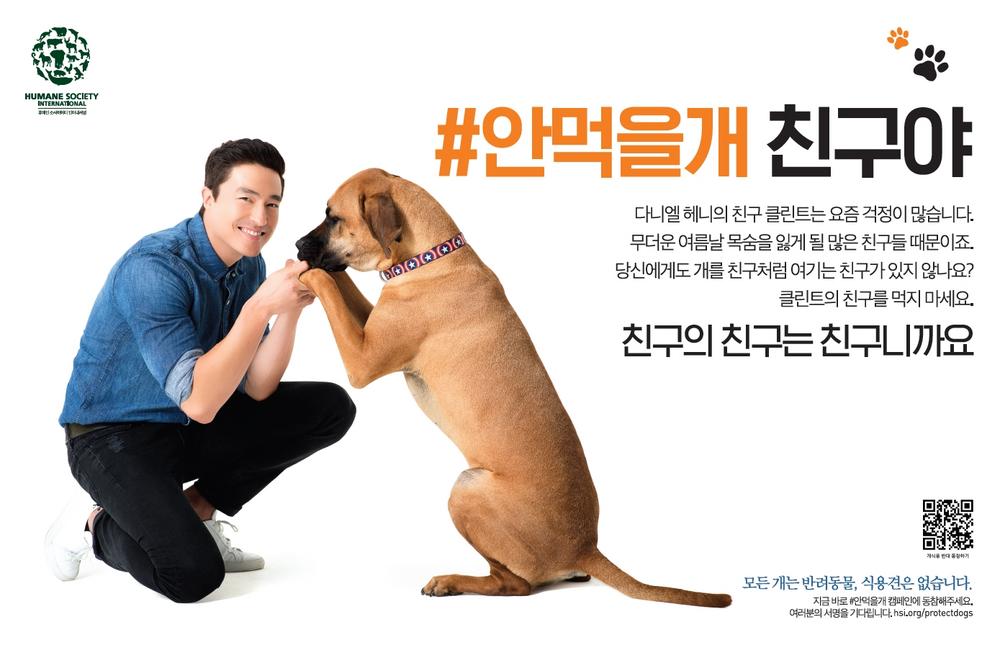 You can support their campaign by signing their global petition. Together with local partner group Korea Animal Rights Advocates, HSI is calling on the South Korean government to end the dog meat trade for good – sign in English here or sign in Korean here.