For years, poaching has plagued Africa’s populations of elephants, rhinos, and countless other species. Any and every solution has been attempted and implemented, but most only delay poaching, rather than stop it. Prevention has been the standard, but Jay Crafter and Mike Hensman of Invictus K9 are apt to set a new norm, writes Taylor Plate with Chloe Cooper.

All You Need to Know About Poaching in Africa

These animals, among others, are illegally hunted and killed so that their body parts, such as their pelts, tusks, bones or horns can be sold on the black market. Rhinos are poached specifically for their horns, which in some cultures are believed to contain healing properties strong enough to cure cancer; but this is medically unfounded.

Consuming rhino horn has no health benefit whatsoever, yet these animals are mercilessly persecuted for their armour. 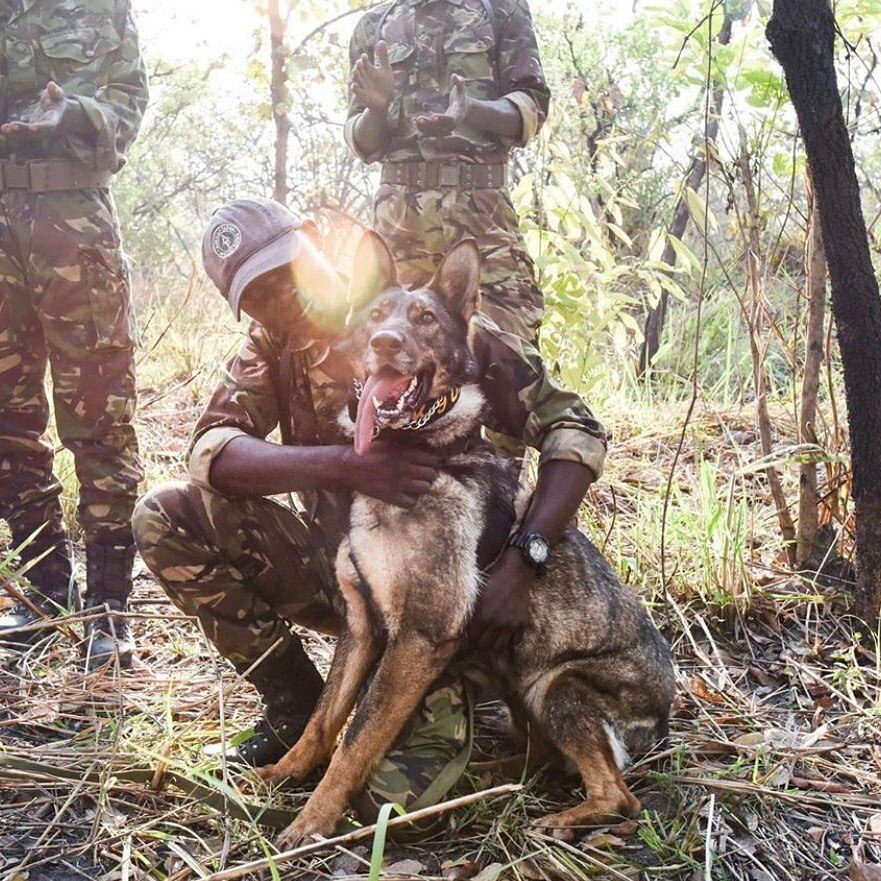 Elephants are poached for their tusks - their ivory used for jewellery, utensils and other keepsakes sold around the world. Although an elephant’s tusks represent a small, non-essential part of its body, these animals are violently killed to harvest just a small amount of ivory.

Grevy’s zebras are hunted for their uniquely striped pelts, and infant mountain gorillas are stolen from their mothers and sold as pets in the illicit exotic animal trade - their mothers killed in the act of defending their babies. Lions are frequently killed in battles of human-wildlife conflict, when these predators get too close to rural farmers’ livestock.

Ultimately, a loss of wild habitat has driven lions too close to human settlements where they pose a threat to the safety and security of people.

Both hailing from Zimbabwe, Mike and Jay’s ties to their African roots run deep. Their brotherly bond is the first key relationship through which poaching is being interrupted. Together, they founded Invictus K9, an organization that trains both dogs and handlers to track poachers and cease poaching attempts in several regions of Africa. 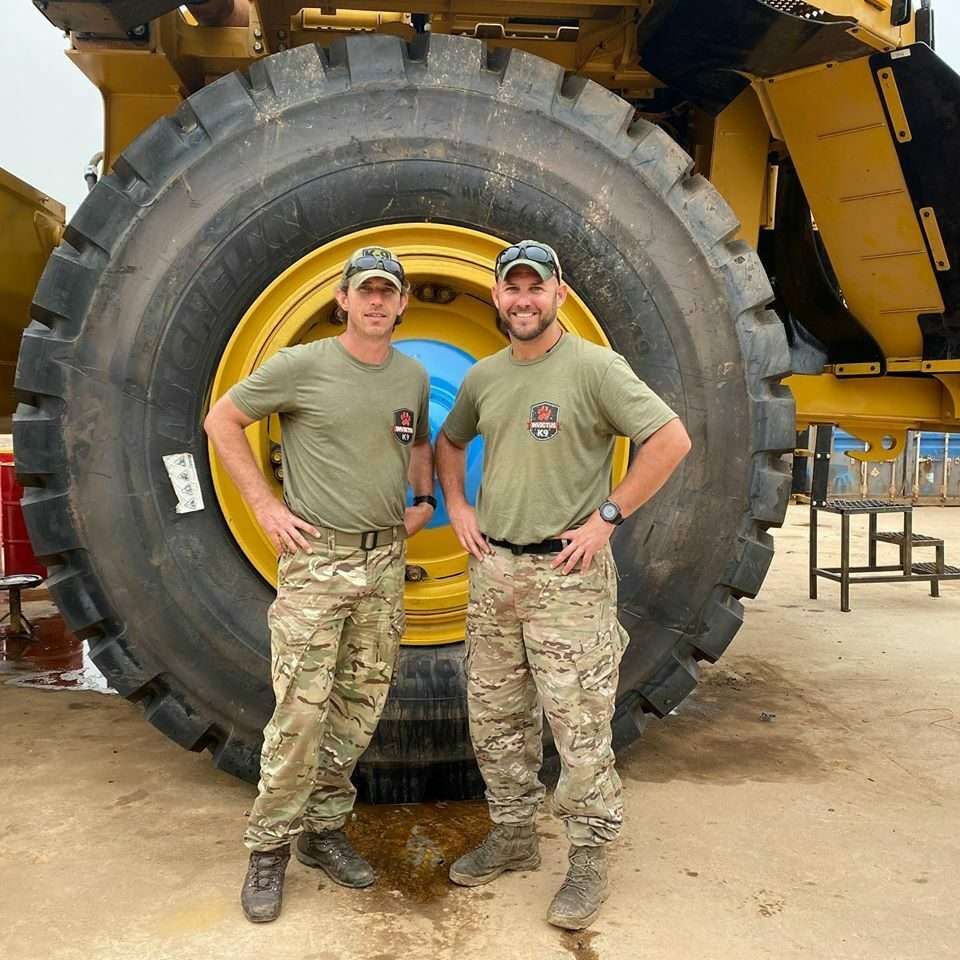 The pair’s dog training experiences came through two separate avenues: Mike’s from a background in animal behaviour and a keen sense for reading situations; and Jay’s from a military service background.

Together, they bring a balanced approach, each providing skills the other cannot. Within this relationship, the foundation was laid for anti-poaching task forces to take shape all over Africa.

“Mike is one of the best animal trainers I’ve ever met. My military training allows me to think tactically, so I think what makes us successful is how our skills complement one another,” says Jay. 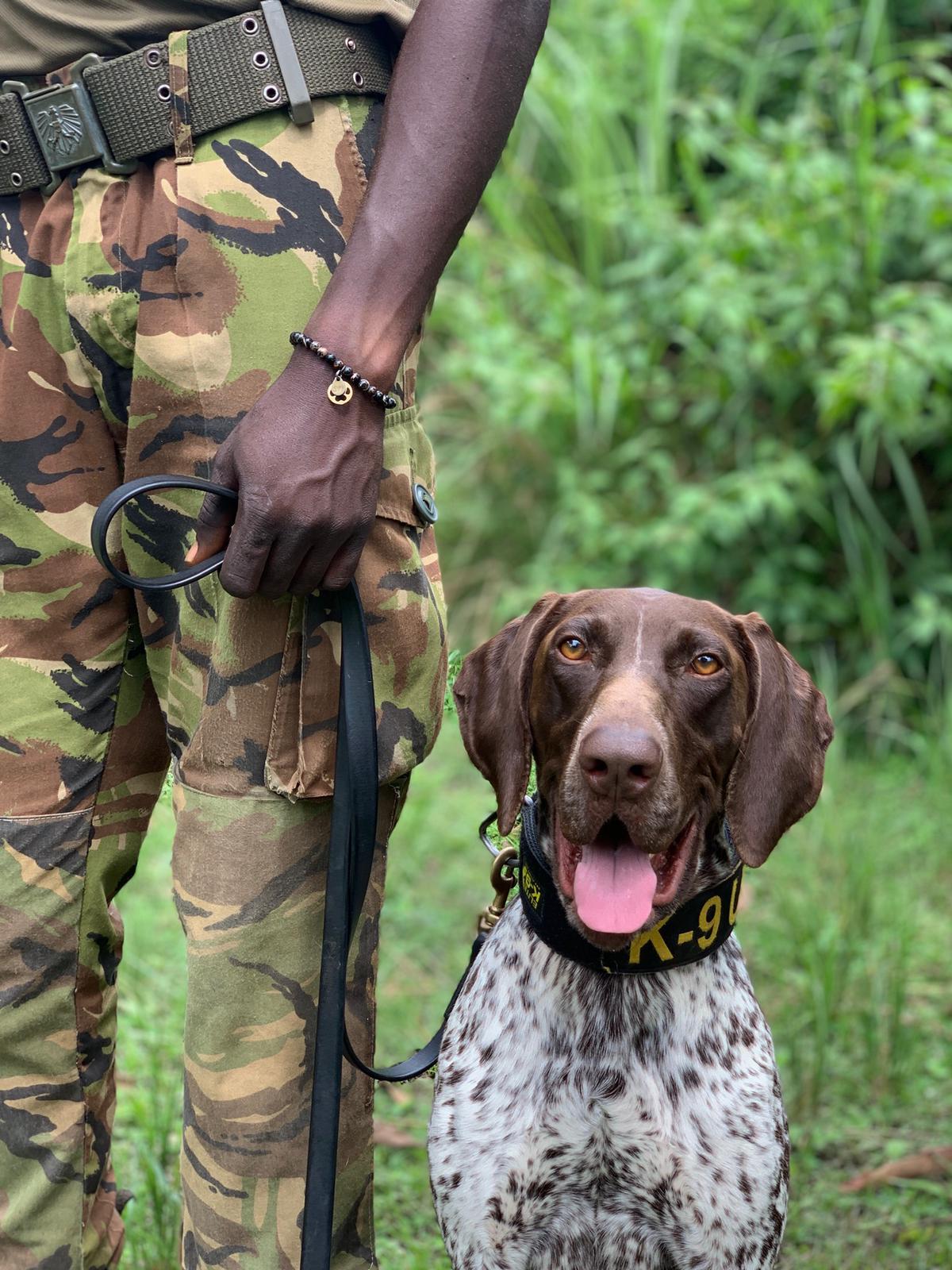 The next important relationship is between Invictus K9 and the handlers who participate in their dog training programs. Handlers selected for the program are people who have grown up near and alongside protected areas and are invested in the conservation of wildlife and wild habitats. The handlers have first-hand experience seeing the negative impact poaching brings to their communities.

They see rhino populations wither away, and witness endangered wild dogs poached for bushmeat. The relationship between Mike, Jay and the handlers fostered an opportunity to fight for positive change in their own local environments. By offering skills training and paid opportunities to defend wildlife, an anti-poaching task force was born. 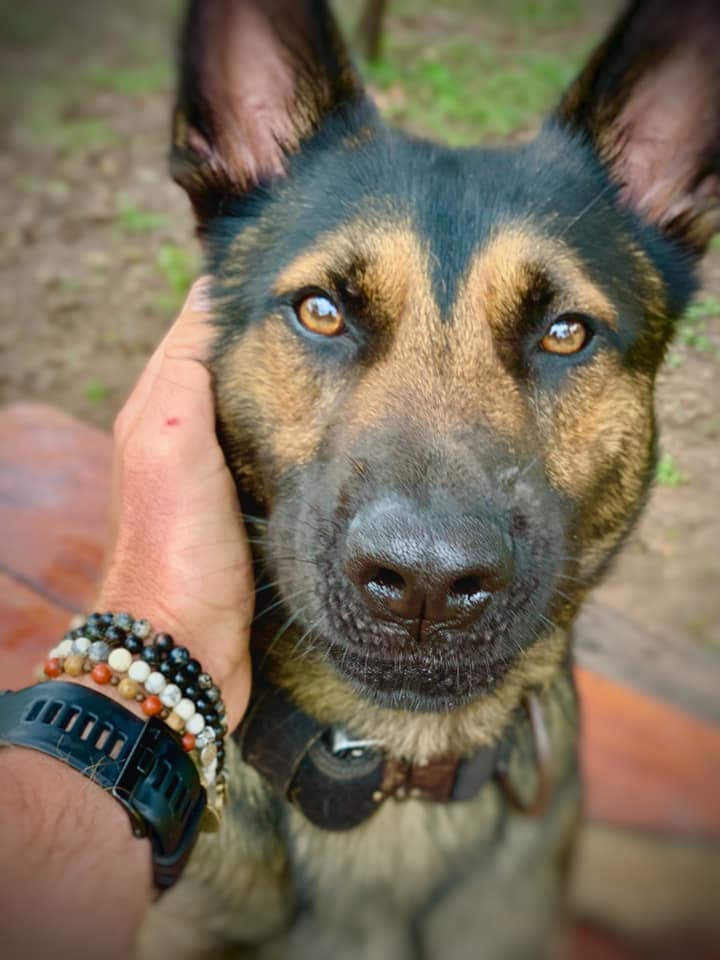 The significance of this relationship and the commitment handlers possess is evident in the dangers they face in their jobs. Handlers are tasked with tracking, finding and disarming poachers. Poachers, on the other hand, are dangerous, desperate and often armed with weapons.

This opposition has created a treacherous work environment for handlers who put their lives on the line to help protect endangered animals from poaching. Missions have taken the Invictus K9 team and their handlers into situations involving plane crashes, run-ins with violent poachers, jumping off of moving vehicles, and more near-death experiences than the average person would expect to experience in a lifetime. Without a doubt, to be a handler is to be devoted to the cause.

The third relationship, and possibly the most important, is between the handler and the dog. From day one, there is a special bond created between man and animal. One of the factors that set Invictus K9 apart from other anti-poaching efforts is the care that is provided to their dogs.

Of primary importance is learning how to properly care for the dogs: medicating against ticks and fleas, vaccinating, feeding them high quality, nutritious food, and keeping them healthy and hydrated.

“Part of our training starts off with the basics, like expecting handlers to maintain a groomed dog, free of parasites and in good condition. But a big part of grooming is just developing a rapport between dog and handler - this is crucial for the effective performance of the pair in the field,” says Jay. 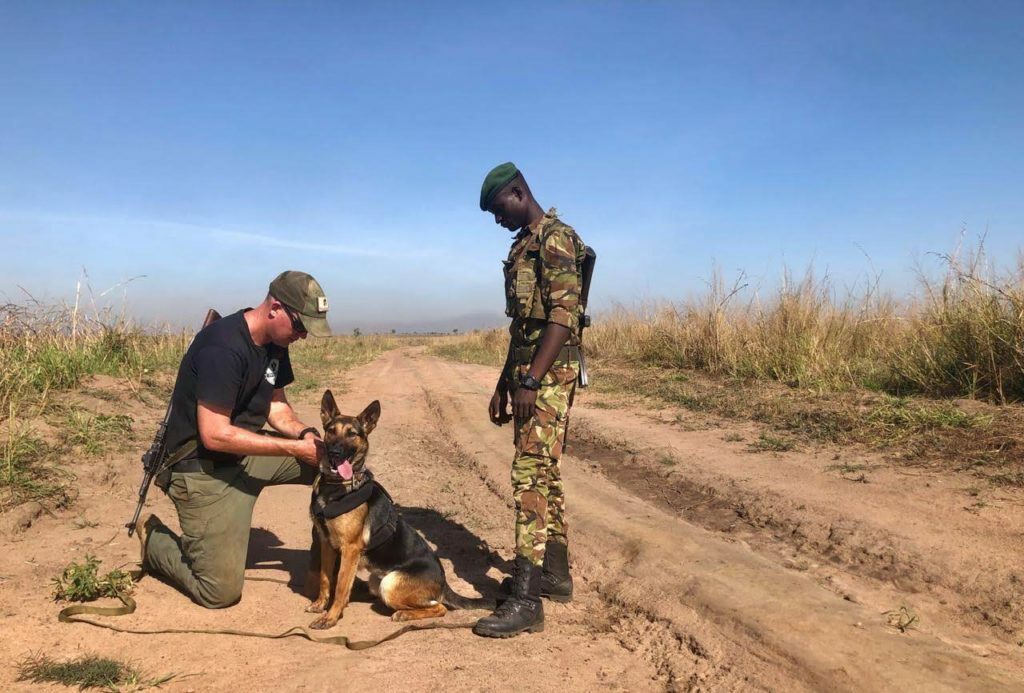 Through the development of this relationship, handlers are able to read the body language of their dogs, rather than relying solely on obvious cues and commands.

This learned intuition, in addition to their rigorous training, gives the dog-handler teams a real advantage in the field. When a dog enjoys being around its handler and enjoys pleasing its handler, the dog will be excited to work. The same goes for the handler: when the handler knows the dog’s importance and feels a sense of teamwork, the handler will be excited to come to work and train with the dog.

Finally, adding to the success of Invictus K9 is the support the organization receives from sponsors and donors, such as Wild in Africa®. Wild in Africa, a charity-focused jewellery business founded by National Geographic filmmaker Shannon Wild, donates 50% of the purchase price of its bracelets directly to Invictus K9.

Through the funding received by Wild in Africa, this organisation has been able to purchase critical field equipment like GPS devices, radios and watches. These items can mean the difference between life and death for an animal being poached and can help keep both dogs and handlers out of harm’s way.

Field technology like this allows for adequate warning about potential dangers, the development of poor weather conditions, or the location of suspected poachers. “This equipment keeps us safe. Being able to warn each other about dangerous wildlife in the area or - like a breeding herd of elephants - can be the difference between life and death.

We can make sure the handlers and dogs are prepared for the situation,” says Mike. Even though poaching won’t end overnight, the Invictus K9 team is taking every possible step in the right direction. Relationships are where it all begins, and they are the path to protecting African animals.