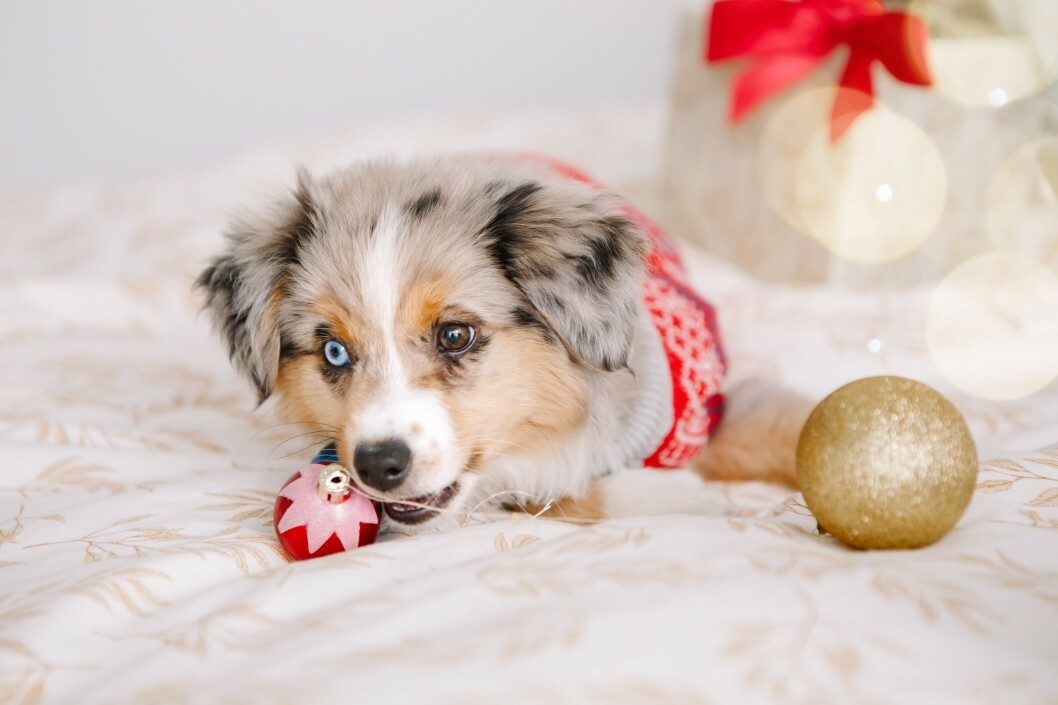 Dog’s eyes come in a variety of colours. On average, dogs have brown eyes or golden or amber coloured eyes, which are a variation of brown.

And while it's quite a sight to see a dog with one blue and one brown eye, these dogs aren't really that rare or unusual. There is usually nothing wrong with the eyes of these dogs as their vision is normally not affected.

And while there are a few legends floating around about dogs with two different colour eyes, they are mostly myths. And whether the tales are true or not, it does stir up interesting speculation, doesn’t it?

So let's take a closer look as to why some dogs have two different coloured eyes.

Usually, the cause is a medical condition called “Heterochromia”.

One eye is a completely different colour than the other eye.

Part of one iris is a different colour from its remainder.

There is a ring around the pupil or possibly spikes of different colours radiating from the pupil.

This type is also frequently seen in those breeds that are mentioned in sectoral heterochromia.

Did you know: An ancient Native American legend has it that dogs who have two different coloured eyes have "ghost eyes"? It means the dog can see heaven with the blue eye and earth with the brown eye at the same time.

Heterochromia occurs as a result of excess or lack of melanin in one eye.

Genetics are a potential reason for the occurrence. The scientific consensus is that a lack of genetic diversity is the primary reason behind heterochromia in domestic animals.

The dog’s eyes develop a change in colour over time or maybe due to due to injury, inflammation, tumours or other diseases.

Heterochromia has been linked to eye disorders such as glaucoma, cataracts, retinal dysplasia or an underdeveloped optic nerve.

Some of these conditions can be very uncomfortable for pets and if left unaddressed, it could lead to permanent damage or even loss of vision.

Did you know: The Ophthalmological Research Unit, The Royal College of Surgeons and The Royal Eye Hospital had a study called “Ocular Associations of Dappling (or merling) in the coat colour of dogs”?

Does coat colour and pattern also have an influence on heterochromia?

In the study of Ocular Associations of Dappling (or merling) in the coat colour of dogs, Arnold Sorsby and J. B. Davey have clinically observed on dachshunds and the collies.

According to this study, Heterochromia, also known as Wall Eye, may be partial or total discolouration of the iris, is known to occur frequently but not constantly in dappled dachshunds, merled collies and other merled breeds of dogs.

It is known that the dappled or merled animal has a gene responsible for merling. Evidence is brought forward to show that the gene is intermediate in effect, independent from the allelic series for coat colour, autosomal in location and productive of gross ocular anomalies.

This means there is no direct relationship between the severity of the coat colour and the colour of the eyes in dogs.

Genetics as the culprit

Heterochromia in dogs is for the most part hereditary. This means that it tends to be passed down genetically from one generation to another.

This is due to a mutation of the genes that determine melanin distribution which usually only become corrupted due to chromosomal homogeneity. It is common in some breeds due to inbreeding.

Much like many other details of our dog’s body, DNA is the culprit. The colour of the eye is determined by multiple genes that program how much pigment is will the iris have. This occurs during the dog’s development in utero.

Iris colour is a highly complex phenomenon consisting of the combined effects of texture, pigmentation, fibrous tissue and blood vessels within the iris. A dog's "eye colour" is actually the colour of his iris.

Melanin is yellowish-brown to dark brown in the stromal pigment cells and black in the iris pigment epithelium. Most irises show a condensation of the brownish stromal melanin in the thin anterior border layer, which by its position has an overt influence on the overall colour.

The distribution of melanin in the iris determines eye colour. More melanin means the dog has a darker eye, like brown. Fewer melanin results in green or blue eyes.

When the dog’s two eyes have different amounts of melanin, each one will have a different colour.

Whatever the colour of your dog’s mismatched eyes, it’s their little differences that make them special!

In this article:All Ages, Issue 145