Lucky for us, a scientific study on dog licking behaviours may hold the answer – but be warned, the reason may leave you a little sad.

The real reason why dogs lick their lips

Working together, researchers in the UK and Brazil have discovered that when some dogs lick their mouths it is a reaction to our facial expression – specifically, an angry face. Basically, some dog licking behaviour is a stress signal. A clear stress signal designed by nature to communicate to others that the dog is unhappy.

This is not the same as when dogs lick us when they're happy, which is a behaviour rooted in learning from their mothers. 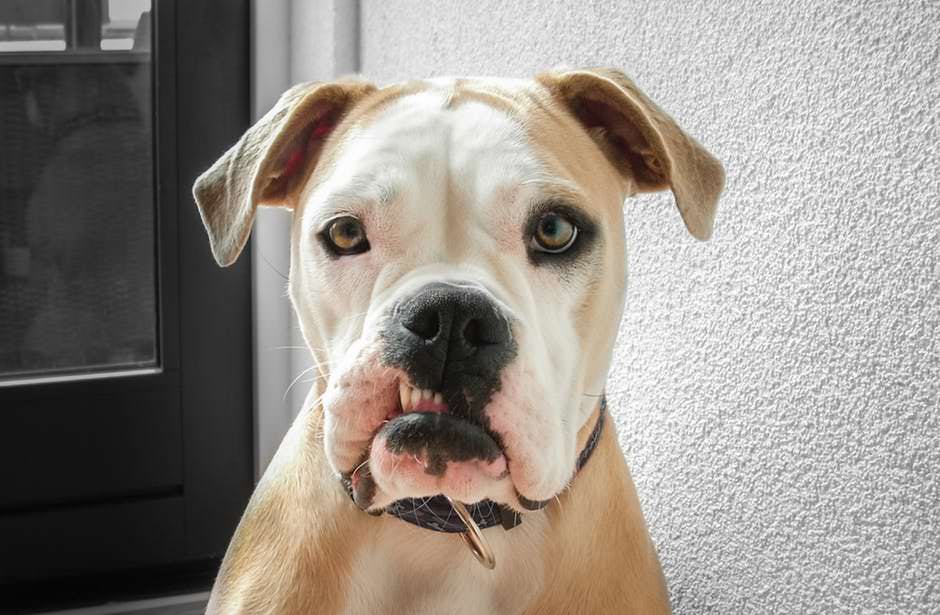 Examining the reactions of 17 dogs, the scientists exposed the family pets to various greyscale images of people (not known to the dog) making different facial expressions – like below.

These were shown to the dogs with various audio sounds at the same time for five seconds per photo/sound and reactions were recorded.

Dogs lick their lips because

The findings reveal that dogs looked significantly longer at the face in the photo that matched the emotion coming from the audio sound, regardless of the gender of the person but significantly, scientists discovered that dogs don’t react to the sound of an angry voice in the same way as they do to an angry facial expression.

Natalia Albuquerque from the University of Sao Paulo was the lead author on the study and spoke about the findings to ScienceDaily, "Mouth-licking was triggered by visual cues only (facial expressions). There was also a species effect, with dogs mouth-licking more often when looking at humans than at other dogs.

"Most importantly, the findings indicate that this dog lip licking behaviour is linked to the animals' perception of negative emotions." 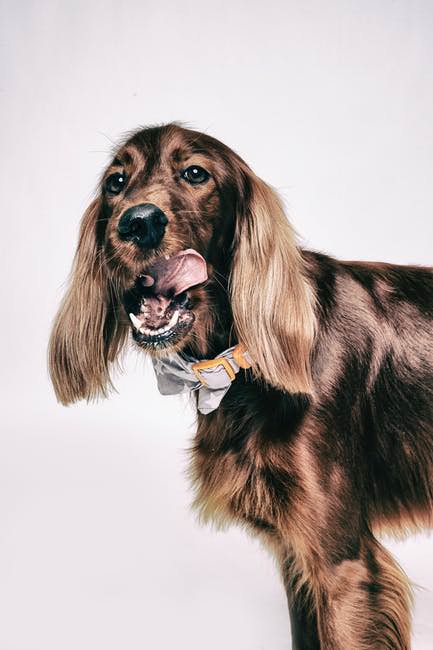 The results also help to debunk the myth that when dogs lick their lips it is not because, as we might have assumed, a hungry reaction to food or an excited reaction to a toy. Instead, it appears to be how dogs communicate with us.

So, can dogs really tell if we’re angry?

Researchers even believe that it could be connected to the dog’s domestication.

The findings, combined with previous evidence of how dogs process emotional expressions, suggest that dogs may have a real handle on human emotions. 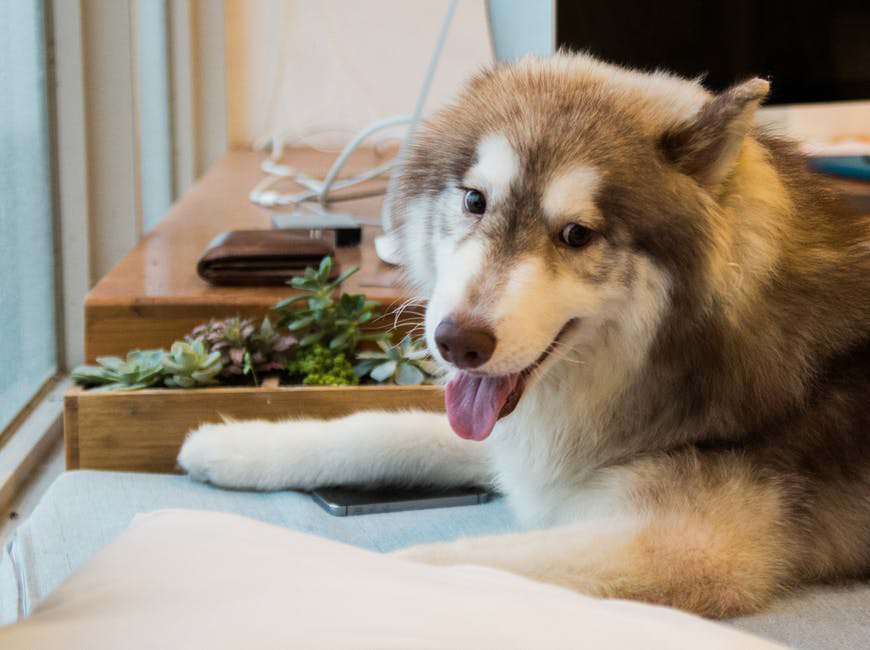 Professor Daniel Mills of the School of Life Sciences at the University of Lincoln and co-author of the study, said, "Humans are known to be very visual in both intra and inter-specific interactions, and because the vision of dogs is much poorer than humans, we often tend to think of them using their other senses to make sense of the world.

"But these results indicate that dogs may be using the visual display of mouth-licking to facilitate dog-human communication in particular."

Do dogs react the same way if other dogs look angry?

But it’s important to remember that while the study does highlight some interesting points, it did only analyse 17 dogs - albeit 200+ studies.

But even so, dog trainers who have worked with larger numbers of dogs may debate this point and environment (such as kennels and how dogs live together, such as pack life) could be a defining factor in their findings.

So, what do you think of the study’s findings? Do you agree?

Either way, it makes you kind of sad that your dog can tell when you’re angry and their response is to appease in some way, doesn't it.