With dogs playing a bigger part in our lives than ever, here at K9 Magazine we understand you're keen to learn more about certain traits, habits and foibles your dogs might have and so this issue sees the launch of our brand new canine behaviour series led by Victoria Stilwell and the Victoria Stilwell Positively Dog Training team.

Each issue will see Victoria and her team tackle a new subject bringing you their expert opinion and advice. This month Victoria explores pack behaviour. 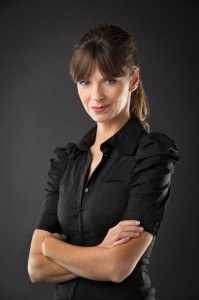 Pack Behaviour. Is this a 'real' thing? If so, how can I tell how my dog views himself in the home and our family pack?

Dogs are not on a quest for world domination. They are not socialized wolves who are constantly striving to be ‘top dog’ over us, and they are not hard-wired to try and control every situation they are in. Contrary to what traditional training ideologies and much modern media would have you believe, most canine behaviour problems stem from insecurity and/or a desire to seek and maintain safety and comfort – not from a desire to establish higher rank and be the ‘alpha’ over you.

Therefore, teaching dogs ‘who’s boss’ by forcing them into ‘calm submission’ is precisely the opposite of what they really need in order to learn effectively and overcome behavioural issues. Resisting the urge to ascribe our human insecurities onto how we believe our dogs think and feel is a prerequisite to being able to understand and build truly balanced and healthy relationships with our dogs.
But that’s only half the solution. The use of positive reinforcement methods when teaching your dog has been  universally endorsed by the behavioural scientific community at large as the most effective, long-lasting, humane and safest method in dog training. Basically, positive reinforcement means that if you reward a behaviour you like, there’s a better chance of that behaviour being repeated.

When paired with negative punishment (the removal or withholding of something the dog wants like food, attention, toys, or human contact for a short period of time) or using a vocal interrupter to redirect negative behaviour onto a wanted behaviour and the guide a dog into making the right choices, these methods, combined with an awareness that most dogs are not trying to be dominant, are what I call ‘positive training.’ Traditional (old school) trainers often argue that positive training shows weakness and a lack of leadership, but the truth is that the most respected and successful leaders are able to effect change without the use of force. Positive is not the same as permissive.

Of course I believe in effective leadership, but dogs know we’re not dogs, so it’s silly for us to try and act like one by calling ourselves ‘pack leaders.’ In fact, the very scientists responsible for defining so-called ‘pack theory’ have since renounced their own findings as well as clarifying that there is a huge difference between the behavioural tendencies of wolves and dogs. Remember that dogs and humans are very different species, and we should no more try to act like a dog than we should treat dogs like humans (a situation that happens all too frequently and leads to all kinds of problems).

Positive training doesn’t only work on small dogs with minor obedience issues – it is also by far the most effective way to treat severe anxiety and ‘red zone’ aggression cases. On my TV show, It’s Me or the Dog (now seen all over the world) as well as in private practice, I regularly work with big, powerful dogs suffering from severe aggression issues. But instead of fighting aggression with aggression (a game-plan that usually results in someone getting bitten eventually), I and thousands of great positive trainers worldwide are able to truly change the way a dog feels for the rest of his life using force-free methods – not just the way he’s acting at that moment.

In order to effectively manage aggression and anxiety-based issues, you must first understand why the dog is doing what he is doing and then work to address the root cause of the problem, not just suppress the symptoms with punishment. Too often, dominance and punitive trainers misdiagnose the real cause for dogs’ behaviour, meaning they apply forceful treatment protocols that are ineffective at best and very dangerous at worst. These methods often appear to ‘work’ because they do indeed stop the dog’s behaviour at that moment, but this success is usually short-lived because the dog’s instincts and reactions are merely being suppressed temporarily – not truly changed. Like a human undergoing psychological treatment, there are no shortcuts to changing how one thinks and feels, and it takes time to achieve true success.

That’s not to say positive training is always slow. Indeed, people are routinely amazed at how quickly the power of positive reinforcement transforms dog behaviour. The use of food as a reward in training is not bribery – food has a powerful effect  on brain chemistry which encourages dogs to learn and helps them overcome emotional states such as fear and anxiety (the root cause of most aggression), so ignore those who claim that using food is bad because they simply do not understand its power.. Positive training isn’t all about using treats though. I encourage people to use whatever reward motivates their dog, whether it’s praise, play, toys or life rewards like going for a walk or getting a belly rub.

Punishment does work for a while – if you poke, yank, shock, kick or hit me, I’ll probably stop what I’m doing, but I won’t like you very much, and if you do it enough, I may well snap one day. I want my dogs to follow me because they want to, not because they’re scared of what will happen to them if they don’t. There’s no place in the healthy, balanced dog/human dynamic for macho, intimidating behaviour, so be sure to use positive training methods to create and foster a relationship with your dog based on mutual trust, respect and love rather than pain, fear and intimidation.

Tune in next month to read the next column from Victoria and the Victoria Stilwell Positively Dog Training team!

Victoria Stilwell is a world-renowned dog trainer best known as the star of the internationally acclaimed TV series, It’s Me or the Dog. A bestselling author, Stilwell frequently appears in the media as a pet expert and is widely recognized and respected as a leader in the field of animal behaviour. Visit her official site at www.positively.com and find a Victoria Stilwell-Licensed VSPDT dog trainer here.