There's no such thing as a bad dog, only bad owners. You've heard this phrase, right?

Its intent, as far as I can tell, is something like this:

"All dogs are good. Only dogs who are brought up badly will become dangerous/bad."

This, however, is quite simply not true.

I've heard this phrase, or variations of it a lot. Over the past decade or so whenever there's been a serious or fatal dog attack I've been given the opportunity to express my view on television or other media outlets, hopefully educate a little and often accompanied by one of my own dogs, Mia.

Mia is a Rottweiler. Rottweilers are one of those breeds that get a bad press. Come on. We all know the breeds. Pitbulls, German Shepherds, Dobermans, Akitas, Staffies, Mastiffs - I could go on. We know the breeds. 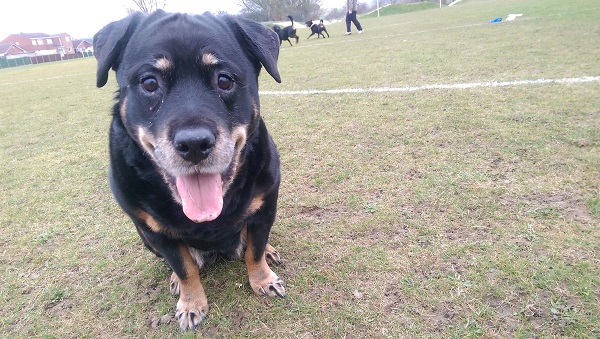 I'm often confronted with a couple of fairly standard positions by interviewers. They go like this:

1. "It can't really be true that breeds like these are not dangerous. After all, we never hear about Labradors/Border Collies/Poodles/ Golden Retrievers etc making headlines for attacking people".

2. "As Mia here shows. It's really all about how well brought up your dog is as to whether they'll be dangerous".

Both of those positions are wrong. Plain wrong. Here's why.

1. Labradors/Border Collies/Poodles/ Golden Retrievers do attack people. The part of that statement that is true is the bit about the fact that we don't tend to see or hear those headlines.

2. If it really is all about how well brought up the dog is, then how can we explain the success stories of ex fighting dogs or victims of serious abuse becoming brilliant, well adjusted members of the family?

Let's see if we can agree on a specific point here.

We absolutely know this to be true. We only need look around. Two dogs, siblings, raised in the same home, by the same owner can have vastly different personalities and require vastly different approaches when it comes to training, socialisation and care. 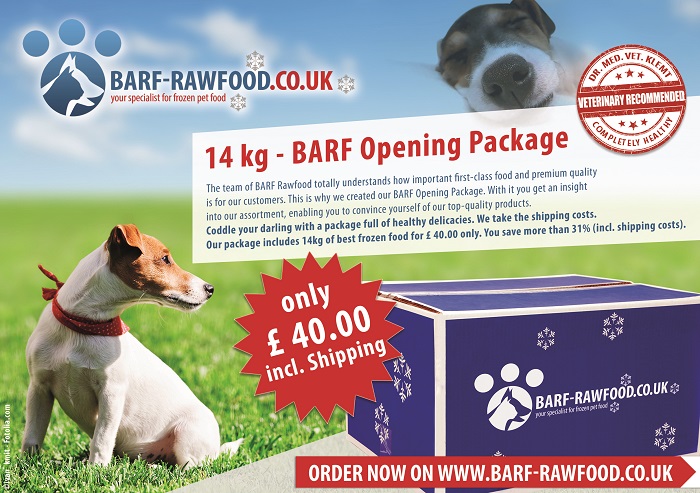 I've often said the following when discussing this issue as I believe it to be the closest catch-all statement on the topic.

"Dogs are the product of their upbringing, environment and genes."

That is, when you think about it, a bit like saying - people are different regardless of their race, sex or family. It is, to my mind, stating the obvious.

Now, let's discuss that issue of there being 'no such thing as a bad dog'. The word 'bad' is pejorative and widely open to interpretation.

Is a dog who happens to be very uncomfortable in situations where other dogs are running at him 'bad' if he acts defensively when confronted with that situation? Is a dog who is very afraid of fireworks 'bad' if they become almost completely inconsolable and highly agitated when confronted with loud bangs? Is a dog 'bad' because they have a very strong inherent, genetically pre-programmed desire to pursue rabbits when confronted with a bunny running across their eye line? Is a dog 'bad' if it doesn't like being 'hugged' by small children it doesn't know? I'd argue not. I'd argue that these are all individual personalities and idiosyncrasies that range across millions of dogs, regardless of breed, regardless of upbringing.

I have three dogs. They all share similar genetics (they're all Rottweilers except for Danny who is a cross between a Rottweiler and Doberman). 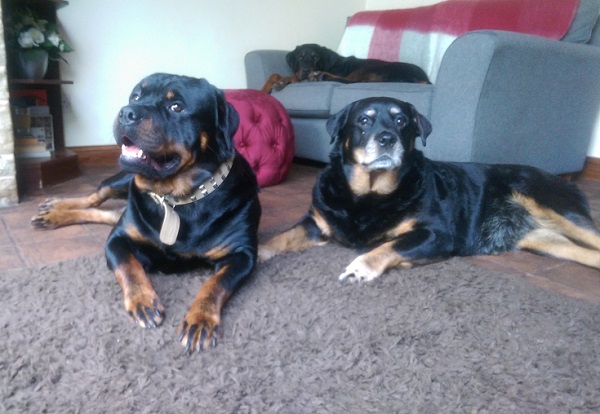 Mia has never shown an interest in chasing things. Mia hates being hugged.

Christopher is reasonably keen on hugs and he's reasonably interested in chasing things, but he's more likely to see how Mia and Danny react to things before he decides how he'd like to respond. 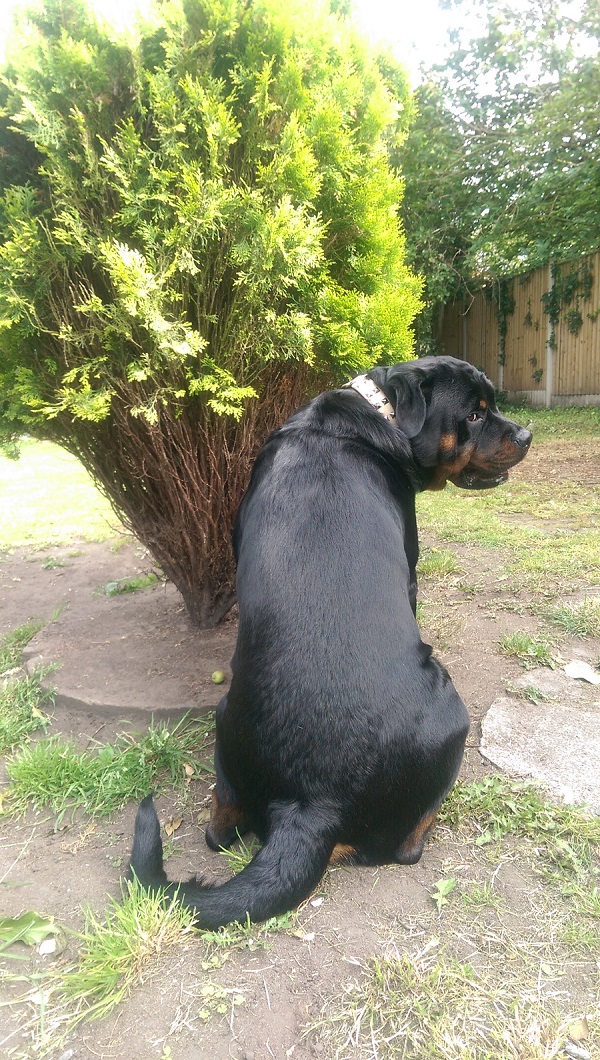 What's important then is how I, as the person responsible for their behaviour, understand that there simply isn't a one-size-fits-all approach to training them or a universally consistent rule about how they, as a group or individuals, would respond to any number of different situations. 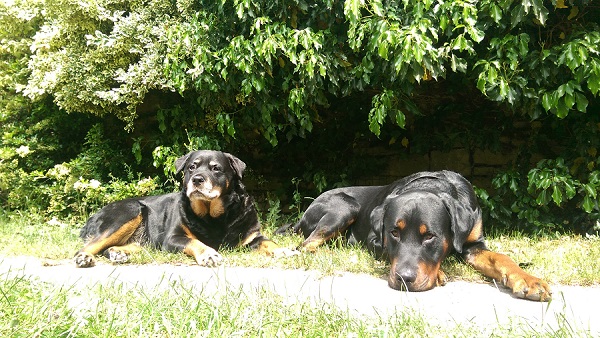 Mia doesn't like hugs. So she doesn't get them and I would ensure people who spend time with her are informed that she likes to be stroked near the base of her tail rather than have her head squished in a hug.

Danny likes to chase things. So I spend a lot more time training Danny on this particular issue and I am extra vigilant when exercising him in areas where he might encounter small, speedy things covered in fur. Danny doesn't like fireworks. So we've spent a lot of time working with him on overcoming this particular fear. It will always be an ongoing process. 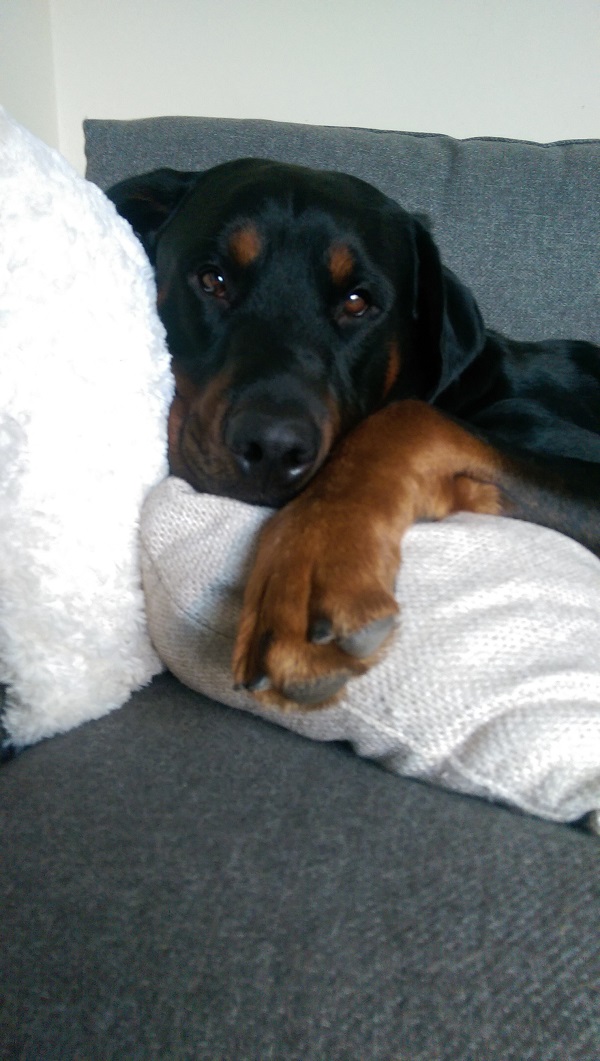 Christopher gets very excited when he greets new people. That's his personality. So we take certain precautions when that situation arises, such as putting him on a lead or giving him a tennis ball to carry when he meets new people.

No dog (or entire breed) is simply 'good' or 'bad'. They're sentient beings, not computer programmed robots.

I would suggest that instead of trying to compartmentalise dogs, breeds and dog behaviour we take the view that it is up to us to recognise our dogs as the individuals they are. It's not about there being no bad dogs, only bad owners, it's about us humans acknowledging that our role is get to know our own dogs as well as we possibly can. 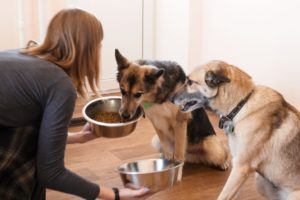 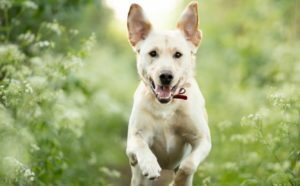