If you are a dog owner concerned about breed specific legislation and The Dangerous Dogs Act, one of the best things you can do is arm yourself with knowledge and an understanding of the law.

To do just this, we recently spoke with Born Innocent Patron, Professor John Cooper QC who specialises in human rights and criminal law and has spent much of his life utilising the law and advising on reform for both the protection of humans and animals in his capacity as a member of the Queen's Counsel.

He is an Honorary Visiting Professor of Law at Cardiff University and in 2012 he was named by The Times as one of the Top 100 Influential Lawyers of 2012 in the UK.

Professor Cooper is an animal lover and has been a passionate campaigner against all forms of animal abuse and cruelty. He is the longest serving Chair and former President of the League Against Cruel Sports and his work was central to bringing about the Hunting Act of 2004 and the criminalisation of hunting with hounds. He is also a spokesperson and legal advisor to Queen Guitarist, Brian May’s ‘Save Me’ Trust which campaigns and lobbies for the protection of animals.

Professor Cooper is the proud owner of a rescue Lurcher, named Lawrence and it's through his work that he met the team behind Born Innocent a year or so ago. Deeply impressed by their commitment and professionalism, when asked he became a patron without hesitating.

Professor John Cooper explains how to us how Section 1 of The Dangerous Dogs Act, 1991 (amended) can affect any dog owner.

He says, "The Act states that 4 breed types are illegal to own breed, sell, gift or allow to stray in the UK.

"It is important to note the word 'type' as this means that any dog that fits most of the characteristics associated with one of the banned breeds can fall within this classification." 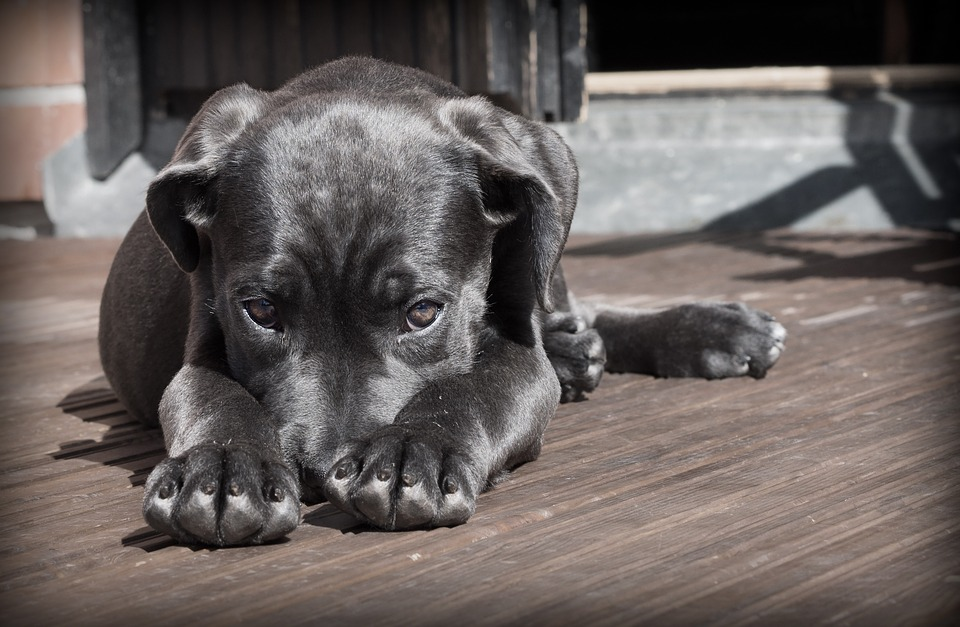 The 'types' in question are:

He continued, "As this determination is done based solely on measurement and proportion, this act can affect any dog owner, as 'type' dogs can be any cross breed or even affect certain pure breeds. Most of the dogs that fall under this classification are 'pit bull types' and the reason it is so widespread is that any Mastiff or Bull Breed cross can end up within this classification, although we have seen many other breeds fall foul to this - one of Born Innocent’s Ambassadors is a Vizla!"

Understanding how a 'type' dog can be identified, even if parents are known

Professor John Cooper tells us the focus is on the word 'type' and the interpretation of this.

"DEFRA’s guidelines state there are 32 measurements that dogs must conform to 'in the majority' to be classified as a type.

"The issue behind this is that any dog can have, say, the same head or tail shape as specified. This is nothing to do with breed but simply to do with looks.

"Hence why this is deemed by canine experts and scientists to be so illogical, as the shape of a dog’s eye has no influence on whether he can bite or not.

"Moreover, even following the DEFRA guideline is very subjective – the words 'majority' and 'significant' leave a lot to interpretation and are not precise enough legally." 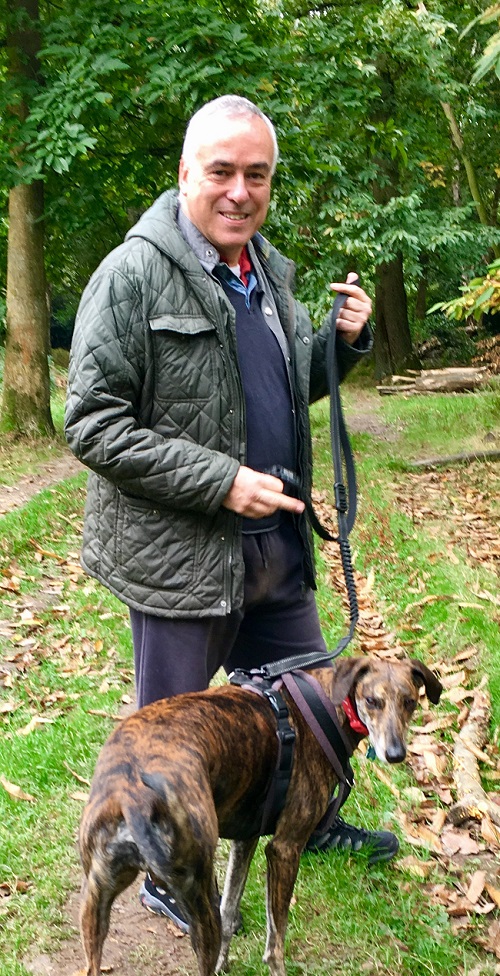 Pictured above, Professor Cooper and his dog, Lawrence

Professor Cooper explains that sadly the introduction of breed specific legislation received support from both politicians and figures within the animal world.

He explains the mood of the country to us at the time of it's introduction.

"It is important to remember this happened after a bout of serious bites by different dogs. As Alsatians and Dobermanns had been used before for intimidation, Pit bull type dogs were 'in vogue' in the late 80s in the US to be used by criminals as guard and status dogs.

"In 1987, an American pit bull terrier guarding a marijuana crop in California mauled and killed a 2 year old. Sports Illustrated ran a series of “articles” highlighting how dangerous these dogs were, followed by articles in other media. Many states in America started introducing breed specific legislation and investigations started to be made in the UK.

"In 1991, after a 6 year old suffered severe bites by a Pit Bull Terrier, the act was passed in a rush.

"It is widely accepted that this is one of our worst pieces of legislations and very difficult to implement fairly due to all the possibilities of misinterpretation."

Why is our first reaction to ban without fully understanding the consequences?

Although BSL is enforced in the UK, statistics released by Born Innocent recently as part of their #Haveaheart campaign (see story here) show that the number of dog bites are on the rise.

And we're not alone. Places such as Ontario in Canada have noticed similar with fatal dog bites continuing to rise and they are preparing to repeal their 11 year old breed specific legislation due to its ineffectiveness.

Professor John Cooper explains why he thinks our immediate reaction is to ban.

"Dog bites are not fully understood and we, as humans, often have extreme reactions to things we do not know and fear. We do, however, know a lot more today than we did 25 years ago about canine genetics and behaviour and it has been scientifically and empirically proven that breed is not a determinant of bite propensity."

The turning point for BSL in the UK is unlikely in 2017, but we must not give up

All things considered, Professor Cooper told us he feels changes to breed specific legislation in law is unlikely to be considered in 2017, but as a dog lover says we must not give up

"It is key that we keep making Politicians and all relevant agencies, such as local councils, aware that there is wide opposition to this law due to the pain it causes families and dogs and also due to the cost it places on public funds.

"Born Innocent have a range of activities planned and we hope that we will continue to have increased public awareness and support to drive the message to a wider public. Supporting #HaveaHeart and sending a Valentine’s card to DEFRA asking them to repal BSL is a different, fun and positive way of making voices heard." 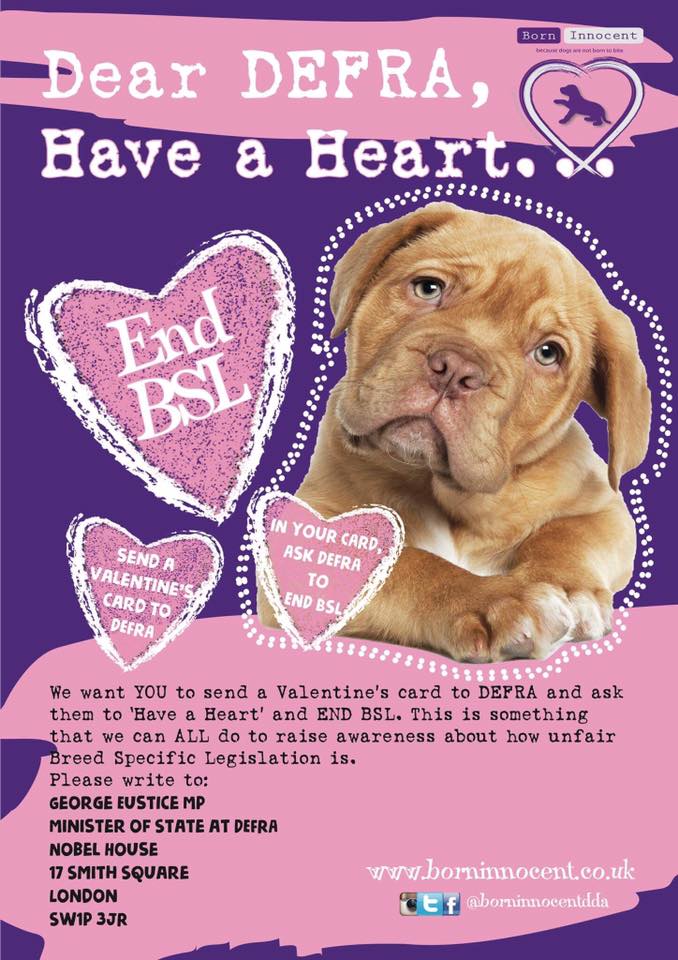 Does political fear for being known as the government who overturned BSL stop change?

We all understand 'saving face' and at K9 Magazine we have to question whether a government driven by the same party who introduced BSL all those years ago would in fact stop short of implementing a change because of this, or whether there is any scientific evidence which is clung onto to justify.

Professor Cooper explains, "All the scientific evidence and peer reviewed research, as well as factual cases (look at Mike Vick’s dogs!) show that there is no reason to ban certain breeds, hence we can only summaise that their reticence rests on fear of what the media will say when there is a serious bite case in the future." 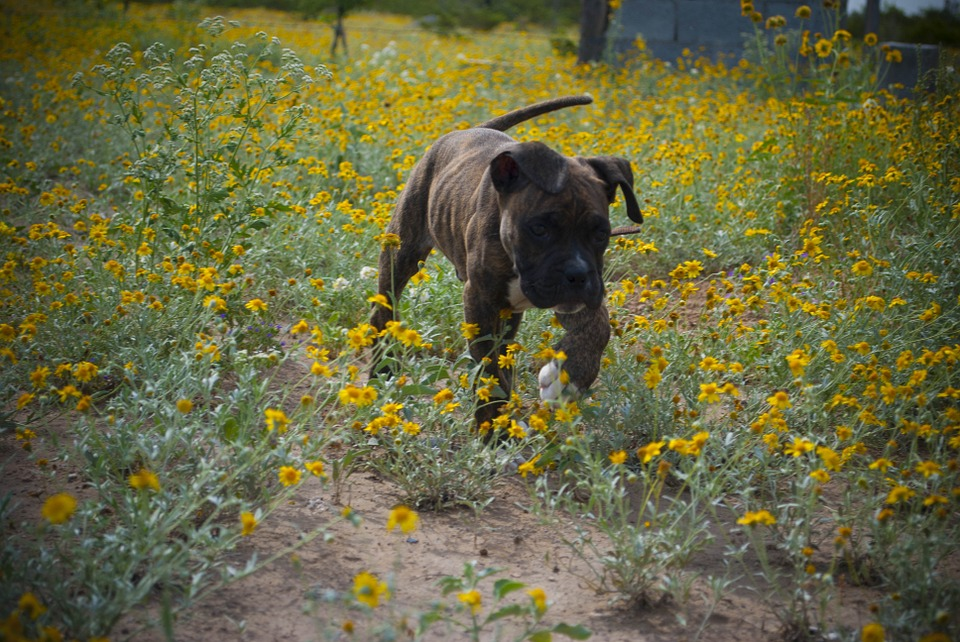 He continues, "At Born Innocent we believe there is a need for a Dangerous Dogs Act that covers irresponsible ownership and handling, as well as the odd case of dogs that might have mental issues and be innately aggressive. We already have laws in place that do that, which is Section 3 of the DDA. Thus, S1 and S4 are unnecessary."

What should be done under the current law to save more innocent dogs?

Professor Cooper explains what he thinks officials should be doing as a first choice, rather than seizing dogs purely based on looks and size, if they have done nothing wrong.

"Firstly and foremost, unless a serious bite has occurred, dogs that clearly have a responsible owner should stay at home under the interim scheme. Our research, through FOIs (Freedom of Information research), show that in 2015 only 2 police forces were 'looking at' using it.

"There is no reason to take a dog that has shown no sign of aggressiveness from their home, as this not only reduces trauma to the family and the dog, but significantly reduces costs. This should be a first choice, rather than a vague possibility.

"Also, more training should be offered to DLOs (Dog Legislation Officers) and any officers involved in canine handling, not only to understand current canine research, but to be bound to support families in getting their dog back. We have had too many reports of people being told not to fight for their dogs through the legal system and to give them up.

"Some of the dogs that DLOs believe fit type do not, hence can go home to a normal life. If not, they can be exempted. Owners should not face the suggestion it is best to kill their pet. The role of a police officer is not to tell an owner what to do, but to implement the law and to ensure owners understand their legal options.

"Also, we have been highly distressed by DEFRA disputing cases where the judicial system has granted an exemption. As a QC, it is deeply concerning to see that judicial decisions, based on current legislation, are being challenged by DEFRA. This is not in the public interest, both financially and legally."

Last year we shared the story of a dog owner scared for her dogs safety. The person is a responsible dog owner, yet fearful her dogs may be classed as type they find they are in a difficult position for training and socialisation. What would you advise concerned dog owners do?

Professor Cooper says, "Alas, only a trained assessor can know for sure if a dog fits type or not, hence we cannot comment on identification.

He continues, "Good canine practice, as a whole, is to ensure dogs are neutered/castrated, health issues are dealt with promptly, that dogs are socialised and help is sought if there are any behaviour issues. All owners should cover all these points and also train any dog to use a muzzle.

"Most importantly, anyone that is worried about their dog should also seek to fully understand the law, research solicitors and have a trusted number to hand, as well as following Born Innocent so they can support campaigns and raise awareness.

"Do not allow fear to hamper your enjoyment of your family pet, but be proactive in ensuring they have the best training and that the whole family, including children, know how to behave around dogs."

Find out more about Born Innocent and get involved in their campaigns on Facebook or at www.borninnocent.co.uk