Wales hit the headlines in September in connection with puppy farming.

Sadly, it wasn’t the first time puppy farmers have been filmed undercover in Wales, but this time the heat is on. Appalled animal lovers have taken to social media to voice their concerns repeatedly about the devastating scenes that unfolded on their screens since the show aired on 30th September, pulling local authorities, animal charities and Welsh ministers into the conversation, so there is hope it may be the last time. Or is it wishful thinking?

New laws are being considered but there are loopholes, as we discovered when we spoke with the organisation who went undercover to give the BBC the footage to air the TV show. 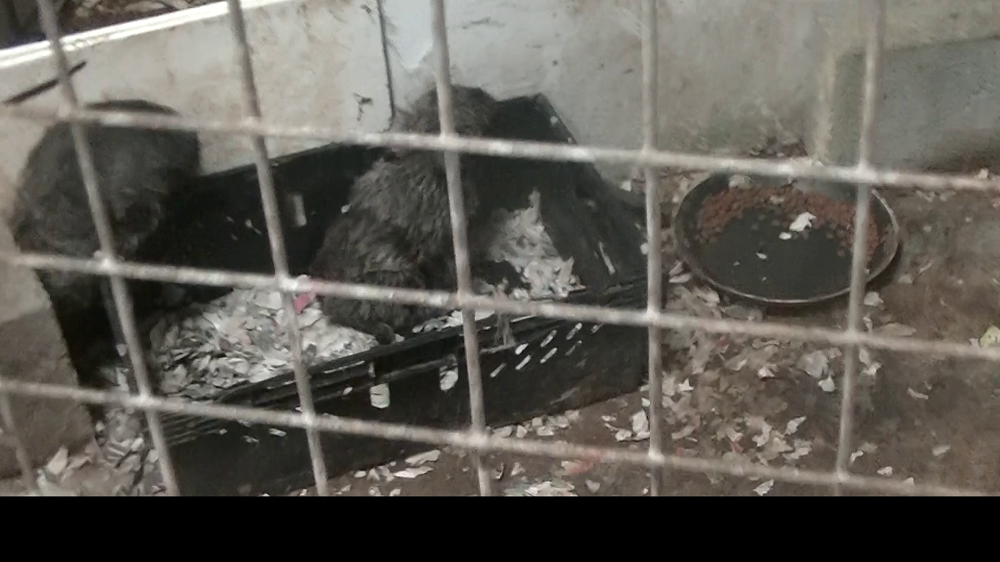 We raised what we learnt with Lesley Griffiths AM, who is the Minister for Environment, Energy and Rural Affairs and Joyce Watson, a member of the Labour party who has been a member of the National Assembly for Wales for Mid and West Wales since 2007, to find out how Wales plans to tackle the issue and save the dogs at the heart of the scandal.

Puppy Love Campaigns (PLC) is an organisation that exposes puppy farms by gathering evidence and footage to help close puppy farms down. Because of the nature of their work, members of the organisation stay anonymous to allow them to carry out their work.

Over the last 12 years, they have helped to close many down and their evidence has been used by the RSPCA to prosecute puppy farmers.

In this instance, they knew regulations were being breached so went into three or four puppy farms to gain footage.

PLC tells us, “Normally the info would be sent to a licensing council [local authority] but after twelve years of being fobbed off [one body passes to another who passes to another] we decided to take it to media instead.”

This is not the first time a TV show has been built around their undercover footage and investigative work. Since the organisation was formed in 2007, broadcasters including Sky, ITV, Channel 5 and the BBC have shared the footage they have gathered.

PLC continues, “The BBC were interested so we took it from there. We took them to farms we knew were breaching regulations. It made our work harder but we got there in the end after over a year.”

Does Wales have a puppy farming problem?

We put similar questions to the minister in charge of the department covering the issues raised, Lesley Griffiths AM and Joyce Watson of the Welsh Labour party, who has been raising issues about puppy farming in the Welsh Assembly for many years.

We received a statement from Lesley’s office, which somewhat covered some of our questions. However, Joyce answered our questions directly.

We began by asking if they believe Wales has an issue with puppy farming, as this TV show wasn’t the first to be aired highlighting the trade in Wales. 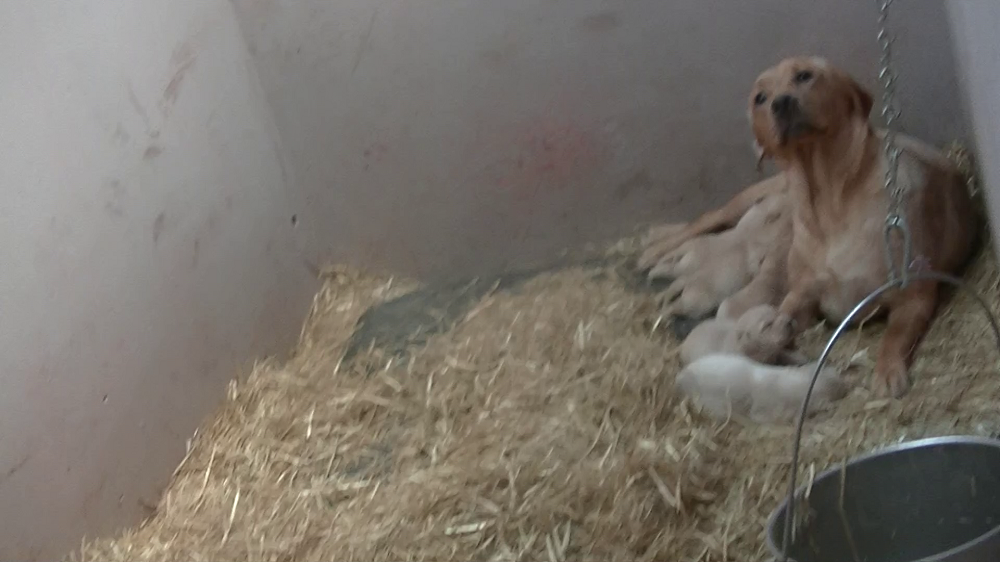 Joyce Watson said, “Unfortunately while there is a demand for puppies there will be breeders who seek to earn money from this. Wales is not the only place where this happens but it has developed a name for it, partly due to the action we have taken to expose and deal with cruelty.

“While puppy breeding exists it is essential that breeding animals have the highest standard of care and that inspections are carried out unannounced. I want Wales’ reputation to become that of a place where dogs are well cared for, within a regulatory regime which works.”

A Welsh Government spokesperson said: “The Animal Welfare Breeding of Dogs (Wales) Regulations 2014 came into force in April 2015 and, as is the normal procedure, regulations are regularly reviewed, as will be the case here.

“We are deeply disturbed by the accounts of noncompliance raised. If there is evidence of noncompliance with licencing conditions then the relevant Local Authority should be alerted immediately to investigate as the enforcement body.

“Dog breeding is a legitimate business and there is a licensing scheme in place to ensure the welfare needs of animals are met. We recently consulted on banning third party sales and are looking at these two issues in parallel. We are considering next steps and will make an announcement in due course.”

Lesley Griffiths’ statement issued after the spokesperson's echoed their comment saying, “While the breeding of dogs for commercial gain is a legitimate business, the welfare requirements of the breeding dogs and their offspring are of paramount importance. I am deeply disturbed by the accounts of non-compliance raised following BBC Wales’ investigation into the licensing of dog breeding premises in Wales.”

What has happened since the show aired?

The statement from minister Lesley Griffiths revealed that she has written to all “Local Authority CEOs to raise concerns and invite relevant representatives to a meeting with the Chief Veterinary Officer for Wales to discuss the licensing process, enforcement and barriers to it.”

In addition, she has written to the “Wales Animal Health and Welfare Framework Group to accept their offer of help and request an urgent and immediate review of our dog breeding regulations. The review will include full consideration of any current barriers to enforcement and how impartial veterinary advice is provided during the licensing and inspection process.”

PLC also understand the Chief Veterinary Officer for Wales immediately referred the BBC programme to the Royal College of Veterinary Surgeons (RCVS) and officials are “developing a campaign aimed at members of the public who may be considering purchasing a puppy highlighting the importance of sourcing responsibly”, according to Lesley Griffiths.

Are the dogs shown on the TV show safe now?

The TV show highlighted dogs living in conditions not fit for any living being. And yet, sadly, the answer to the question is no, the dogs are not safe.

PLC tells us that most of the dogs seen in the programme will still be in the same filthy conditions, despite being reported to local authorities.

They say, “We saw lame dogs and dogs with eye and breathing problems, but we have had no updates from anyone we’ve reported the puppy farms to.” 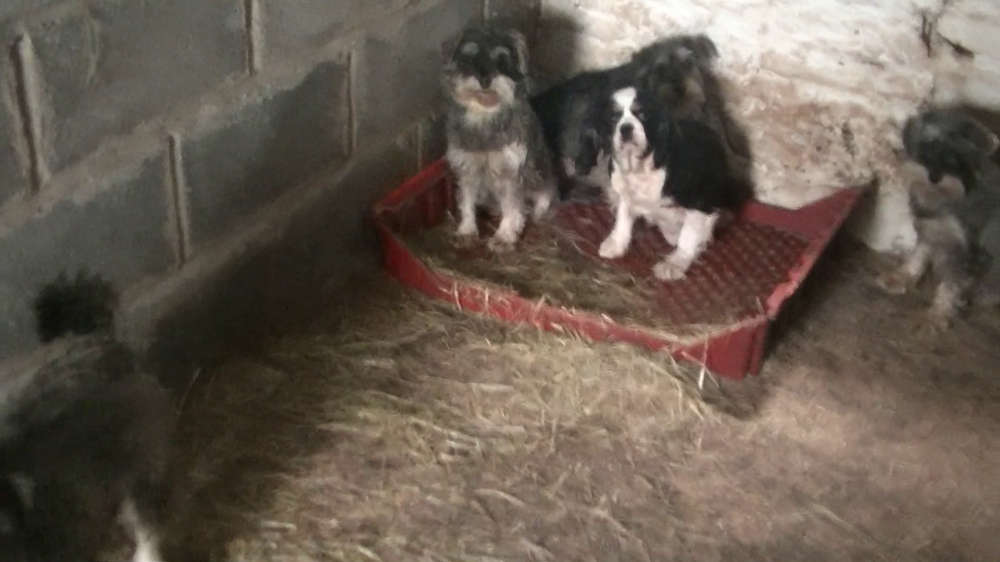 Can the law stop puppy farming in Wales?

Puppy farming is big business, it makes criminals a lot of money at the expense of the health and wellbeing of dogs.

Individuals against puppy farms have campaigned for legislation to be brought in, such as Lucy’s Law which seeks to ban third-party puppy sales, meaning that anyone looking to buy or adopt a puppy or kitten under six months must either deal directly with the breeder or with an animal rehoming centre.

But this doesn’t exclude or eliminate puppy farms altogether, there are loopholes in the legislation as it stands. Here’s why.

Of 16 puppy farm premises visited by Puppy Love Campaigns (PLC), eleven sold directly to the public. There was no upfront third-party involved. So this means there are loopholes in Lucy’s Law legislation (that has now been passed through the British parliament) that could be taken advantage of by puppy farmers.

PLC explains: “The biggest loophole is that pet shop license holders will apply for a breeding license, it’s happening now right before their eyes. One in Ceredigion and one in Blaenau Gwent.

“The other thing is councils cannot enforce current laws to ensure basic welfare of breeding dogs, how can they be expected to cope checking unlicensed sellers. It takes months if not longer to bring a case to court, local authorities just don't have the manpower. And of the 16 premises we visited, 11 sold direct to the public, there was no third party involved.”

We put the pet shop example to both Joyce Watson and Lesley Griffiths and asked if they’d be willing to push for stronger new laws that close these loopholes.

This is what Joyce Watson told us:

“I was one of the first people who raised Lucy’s Law in Wales. I am keen that it is developed to work effectively, fitting in with other legislation. When the minister set out her plans in July she recognised that banning of third party sales of puppies and kittens would not address all of the issues on its own.

"She is currently revisiting the current breeding regulations, firstly to improve welfare conditions at breeding establishments, and secondly to look at how to help the public make more informed choices when buying a pet. Both of those needed regulatory impact assessments and further full public consultation on the proposed amendments. The government is now working closely with partners and enforcement agencies on this, and I am lobbying to make sure that we create a system which ensures high welfare standards for dogs and cats bred in Wales.

“I am determined to change the current rule where just one member of staff can be responsible for up to 20 adult dogs. When you include their litters as well that is far too many animals for one person to give proper care and attention, so the figure should be changed substantially.”

So, what’s the answer?

Puppy Love Campaigns would like the RSPCA to be called in by councils who have the worst problems (something they are working on).

They also believe the government should place a cap on the number of dogs any one breeder can have/hold – 20 dogs and their puppies should be the maximum, telling us some breeders hold onto more than 150 dogs on site.

Finally, they believe more funding should be given to councils for more inspectors so that they can visit breeders much more often than once a year.

We asked Joyce Watson and Lesley Griffiths to address the scrutiny local authorities have come under since the show aired, since we know one minister was invited to view the footage that aired on the TV show months ago (they neither accepted or declined and passed the issue back to the local authority).

“Local authorities have responsibility for licensing in their areas, and as a Welsh Assembly Member and a dog lover, I feel my role is to scrutinise and support them as necessary and to make sure Wales has systems in place which work.

“I will be seeking changes that I hope will, at the very least, help ensure that all breeding dogs are protected under enhanced regulation. It's clear to me from the responses I’ve had from councils that their caseloads are overwhelming. I have asked that the number of licences are restricted and also that the number of dogs in licensed premises is limited, which Ceredigion Council has done.”

“Changing legislation is not a quick process, and nor should it be. The correct procedures must be followed to ensure the development of sound, evidence-based, proportionate legislation aimed directly at optimising standards of animal welfare and encouraging responsible animal ownership.

“ I have already committed to reviewing the Animal Welfare (Breeding of Dogs)(Wales) Regulations 2014 and also made clear the value I see in banning third party sales of puppies and kittens if a ban could deliver the health and welfare standards I wish to see in Wales. Further urgent action is needed.”

She added, “The Welsh Government will continue to work with key stakeholders, including Local Authorities and the other Administrations to ensure we introduce changes which will have a lasting impact on the welfare standards of dogs and cats bred in Wales.”

Since our interview, Joyce Watson has called for a moratorium on new licenses being granted, meaning no new licenses can be distributed, and spoke out against a planned puppy farm near Newcastle Emlyn in West Wales.

Time will tell what happens next, one thing’s for sure the eyes of hundreds of thousands, if not millions, of animal welfare advocates and dog owners, are on Wales. 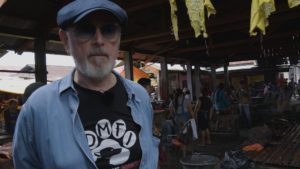 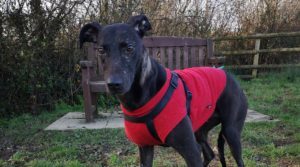 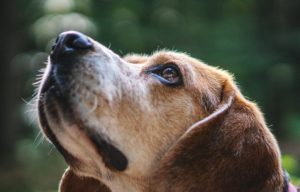